London-based design studio Blond has designed new subscription deodorant Fussy, which is inspired by the form of seaside pebbles.

Fussy is refillable deodorant which is available through a postal subscription service. It comprises a case, compostable refills as well as a dish to hold both those elements. 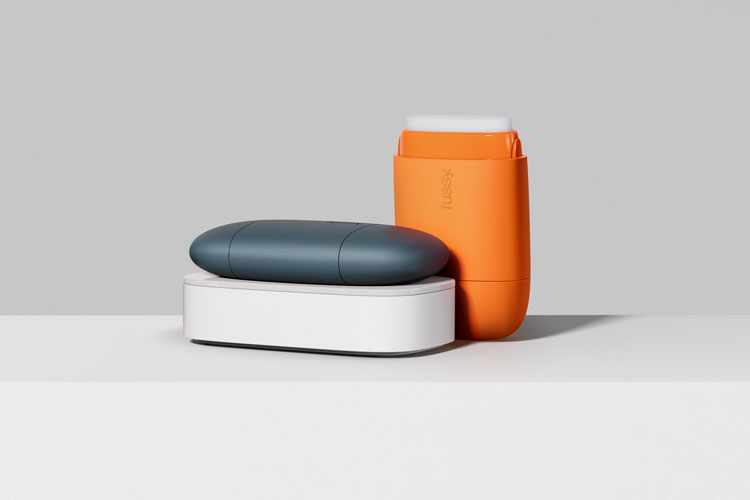 A slew of refillable deodorants have emerged over the last few years, many with the intention of reducing the use of single-use plastics in the cosmetics industry.

There were two main design inspirations for Fussy, according to Blond founder James Melia. The first was the seaside pebble, which is “shaped and softened over time by the sea”, Melia explains. 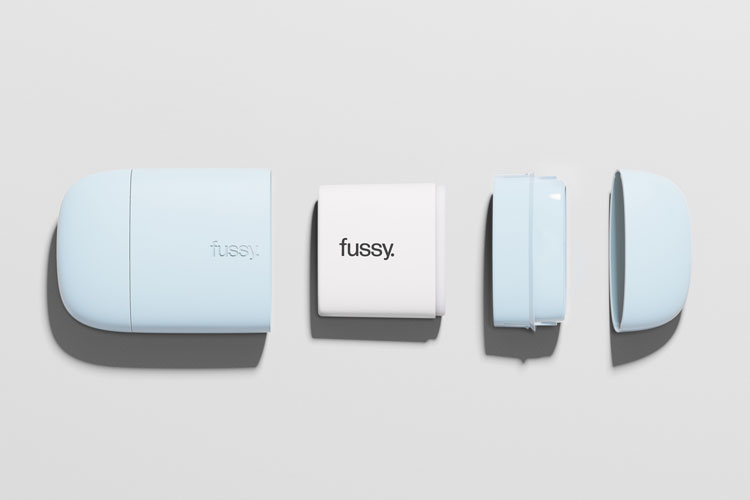 “We thought it was appropriate to draw inspiration from the ocean, as saving the ocean from single-use plastic is the project’s purpose,” he adds.

The second was a soap bar, another form that is shaped over time when used. Both these sources of inspiration led to one of Fussy’s defining features – that it lies flat instead of standing upright. 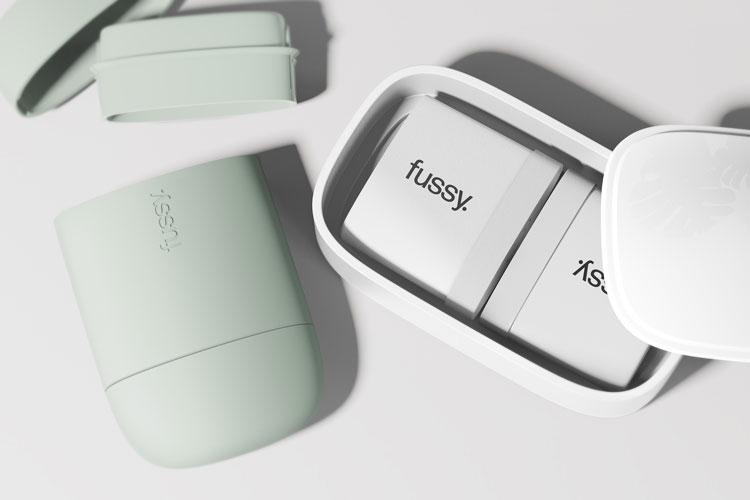 This was also made possible because of the product’s subscription model, as it didn’t have to stand upright to be visible on supermarket shelves, Melia explains. It was designed to fit in the hand, as part of a person’s home, gym or work routine.

Fussy is made from recycled plastic, as the material is easier to recycle, according to the design team. Melia explains that the entire product is made from a single material (including the component parts) so that it can be recycled or composted in full without having to be taken apart. 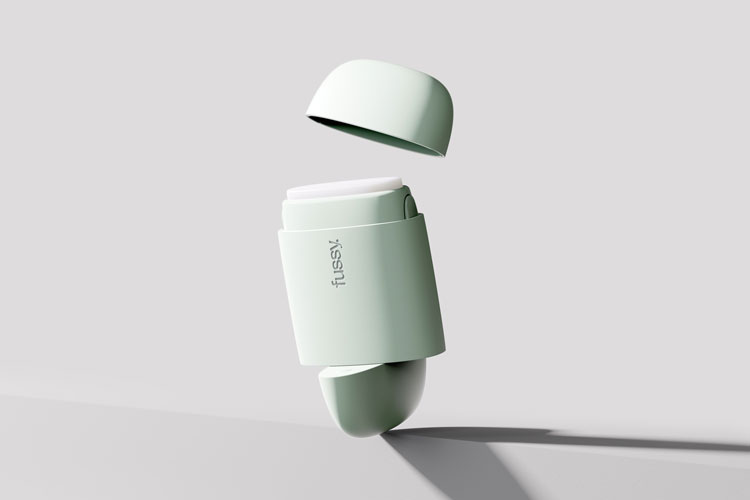 The case is available in a range of colours, from mint green to orange and blue. It has a matte finish, which was picked to align it more closely with homeware and ceramics that are used every day, according to the designer.

The product will also form an “aesthetic-enhancing patina” over time, once more inspired by pebbles, Melia says. “The organic surfaces have a sort of synergy with the scratches that are collected – as opposed to a less organic form where the scratches would feel like defects,” he adds. 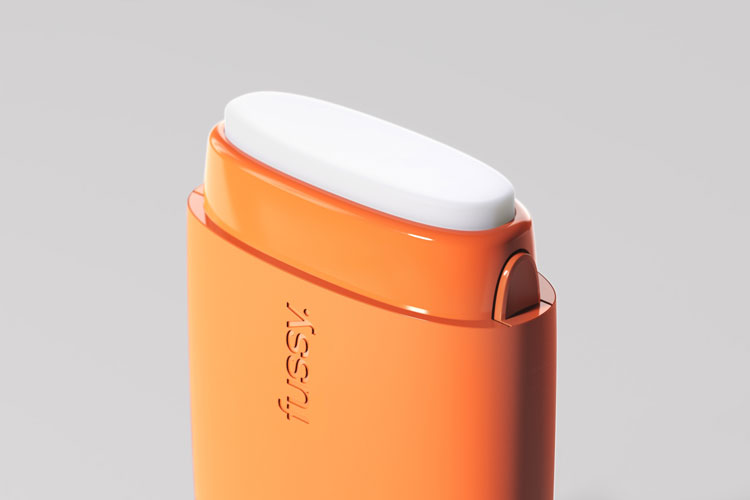 The dish, which can hold two refills and the deodorant case, is made from a different, homeware-inspired ceramic material.

“The Deo Dish has been designed to be reused over and over again, and so we have opted for more homeware-inspired materials that feel natural in the home,” Melia says. 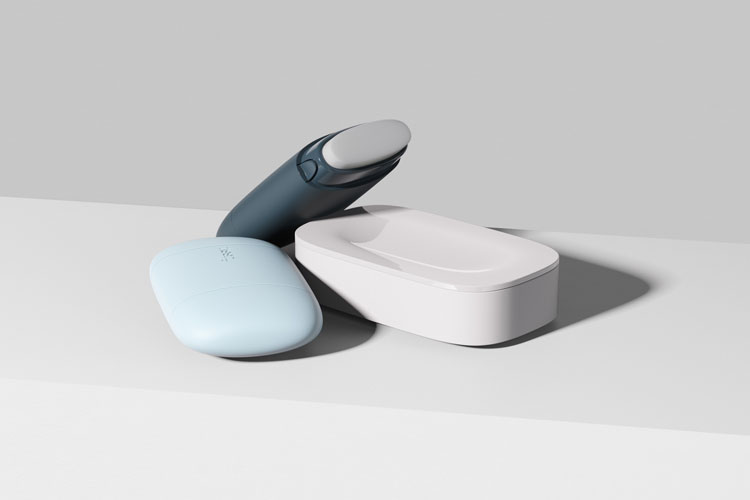 He adds: “Ceramics are not able to be recycled easily at home, however, we hope that the user wouldn’t need (or want) to.”

At the end of its life, it could also be used as a soap dish, Melia notes.