When I moved to London, I still held on to the fantasy that in this ever-evolving cultural behemoth, I would be made complete.

Maybe I was naïve. En route to a project meeting with an ad agency in Covent Garden this week, I count five homeless guys in retail outlet doorways, and two Café Neros, Costa Coffees, and Pret a Mangers, respectively. Big corporations rule central London, and it is following a creative writing evening course that someone raises the question: “How many public spaces are there left that you can enter without spending any money?”

The Times newspaper’s front cover tells me Amazon warehouses are getting a sweeter business rates deal than high-street stores, and only two weeks later, we learn of Chancellor Philip Hammond’s (since reversed) lazy grab at the self-employed for more national insurance. Big business Star Wars are underway and I worry that when the Death Star disconnects from the European Union (EU) altogether, we’ll realise we’re in trouble.

I moved to a city with a global reputation for creativity. At times, such as during my creative planning sessions with clients, this rings true. 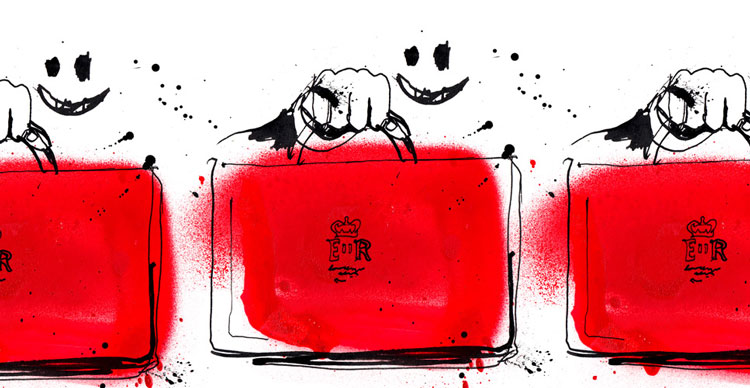 But these are fleeting moments. Studio spaces become luxury flats as owners kick out the artists and designers who helped them through the less abundant times. Who can blame them? We cannot compete financially with the benefits that luxury apartments bring to building owners – but what established this global reputation in the first place was never exclusively about monetary gain.

Creatives have helped regeneration – but they’ve had enough

I signed up for a workspace and found myself out in zone four with the rest of my kind, hidden behind factories, billboards and storage units. Now, one by one, my friends leave the capital. Art directors, artists, graphic designers and writers have all recently decamped to the South West and North of England, others opting for European capitals like Berlin and Paris.

These people were partly why I moved to London, but they’ve had enough. This city would be a bleak expanse of apartments and coffee shops without the community who greased it up for gentrification, their risk-taking and innovation playing a crucial role in its regeneration.

Creativity is great – but it will soon become endangered

The London Assembly Regeneration Committee recently published a report, which claims that 3,500 artists are likely to lose their place in the city by 2019. The problem, sadly, is not restricted to London. I talk to friends and collaborators in Liverpool, Manchester and Bristol and they all share stories of creative professionals and prodigies cast back to their bedrooms like naughty children.

This is nothing new. It sits alongside the short-sightedness of removing arts subjects from the English Baccalaureate (EBacc) qualification in schools, deprioritising creativity at a time when, according to gov.uk itself, our industry is worth £9.6 million per hour – almost twice the rate of the rest of the UK economy.

During a trip to the British embassy in Minsk, Belarus last year, I found myself confronted at seemingly every turn with Union Jack spangled posters, each one informing me that “creativity is great”. I had been flown out to spread this message at the international book fair, which included three talks and a live drawing session. Creativity truly is great but if we stand by and allow talent to be chased out of the spaces in which we thrive, it will soon become endangered – and the city will be a sad shadow of itself without it.

Graphic: the book showcasing 500 of the most notable designs of all time