Design Week: What inspired the branding for the new Pink Floyd Records label?

Harry Pearce: Pink Floyd were reissuing all of their work on vinyl and they wanted a visual identity for Pink Floyd Records to go alongside it. We were briefed by Aubrey Powell at former design studio Hipgnosis, which had a long-standing relationship with the band. 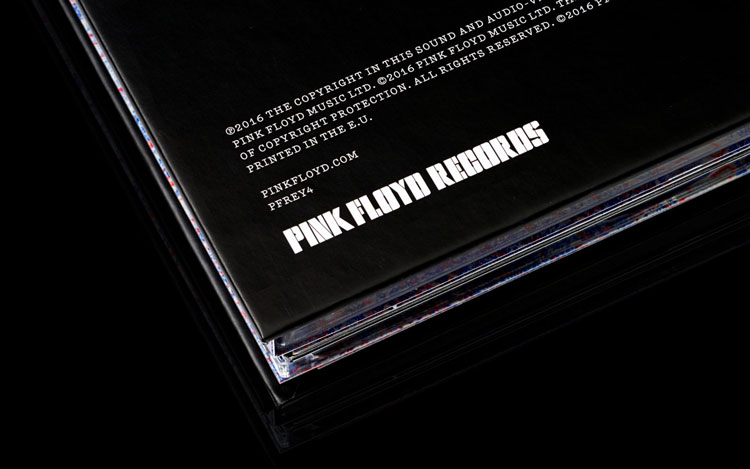 We explored several different avenues but once we saw the wonderfully idiosyncratic lettering of the Animals album from 1977, it seemed to have much more to it than just a record title even though it was a one-off piece of typography. We based the logo on that, extending it into a whole alphabet to be used as an ongoing visual language, such as on the band’s website. It ended up morphing into a much bigger project – we went on to design The Early Years 1965-1972, a 27-disc box set of the band’s music and films.

DW: What made you choose Animals as inspiration?

HP: It’s from the centre of their canon of work at a time when the whole band were together – they split up a couple of albums after. They all loved the artwork because the stencil lettering was so similar to what they’d had on their touring equipment boxes. It was from a time when Pink Floyd were very together as a band.

DW: How involved were Pink Floyd in the design process?

HP: They helped to decide which route to go down – Aubrey was our go-between. We’d create ideas, present them to him, then he’d present them to the band. He’s been a close friend of the band since they started out, so he understood them. It was wonderful having him there. 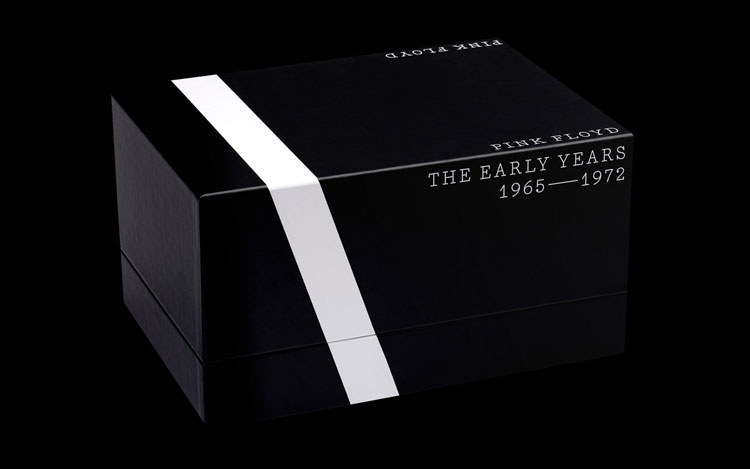 DW: What are the main features of the box set design?

HP: Aubrey gave us this amazing picture of an old, black tour van with a white stripe on it, and we based the box on that. The idea is that all their music is being put into that box, just like all their equipment was put into that van – it’s a metaphor. The white stripe became a lovely graphic tool that could be used throughout the whole visual system. 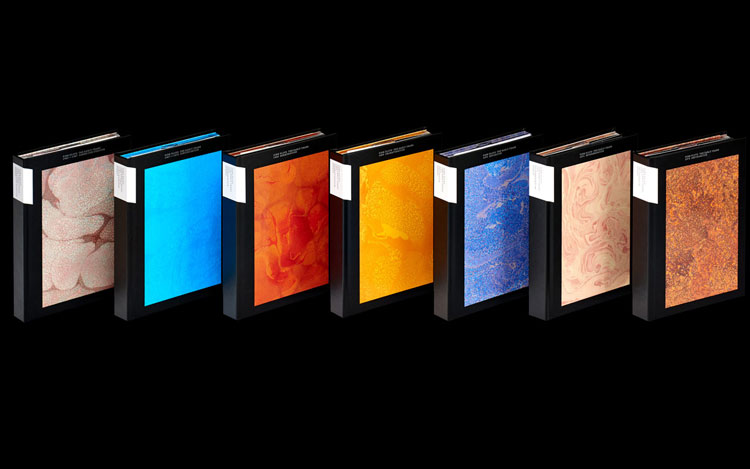 The covers of the CD boxes feature original pieces of art created by John Whiteley, who was a friend and contemporary of Aubrey’s. They were oil on water paintings, so the design is based on genuine, authentic things from the time.

DW: Why did you decide to imbue the past rather than create something entirely new?

HP: The identity is based around an early years’ collection; it made so much more sense to reuse material from that era rather than create something in 2017. We wanted to design something that felt genuine, and which resonated with them. Using old material seemed the best way to be true to them, their history and their music.

DW: To what extent did Pentagram put its mark on the design?

HP: We wanted to do what was best for the project, rather than put our stamp on it. All the character was in the existing lettering. We used one typeface – A2 Typewriter – in one or two sizes all the way through, alongside amazing imagery from the band’s archive. It’s very understated, design takes a backseat. We remodelled what already existed, rather than imposing a new idea on something when it’s not necessary.

DW: The V&A’s upcoming Pink Floyd exhibition is set to open – do the two projects link up in any way?

HP: We’re not involved in the exhibition, but I believe Aubrey has been the creative director behind it – I presume he’s masterminded all this behind the scenes! 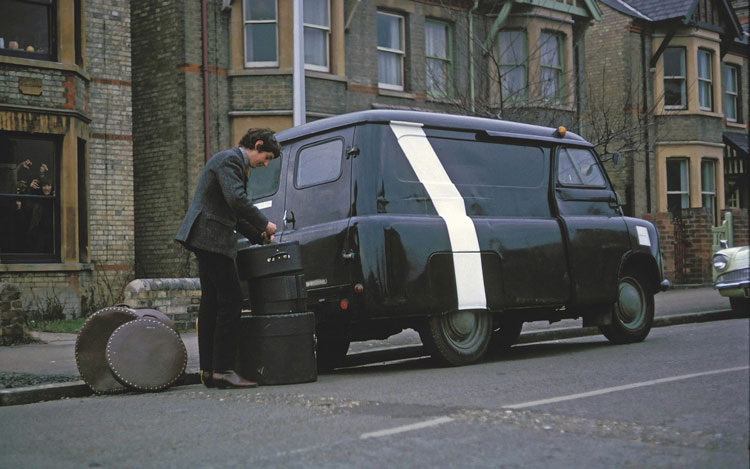 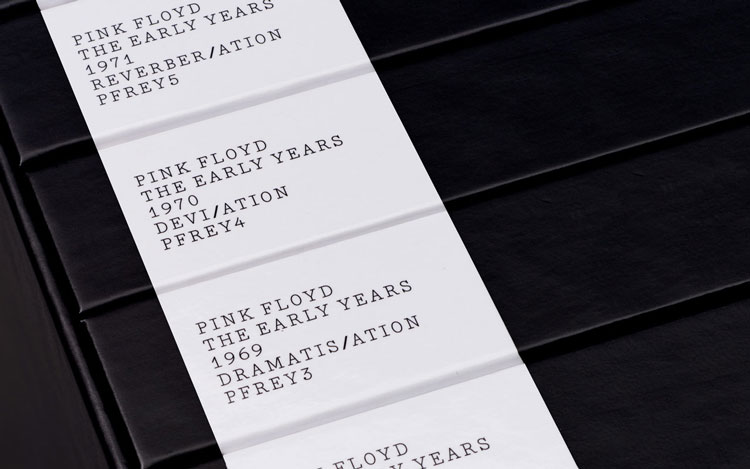 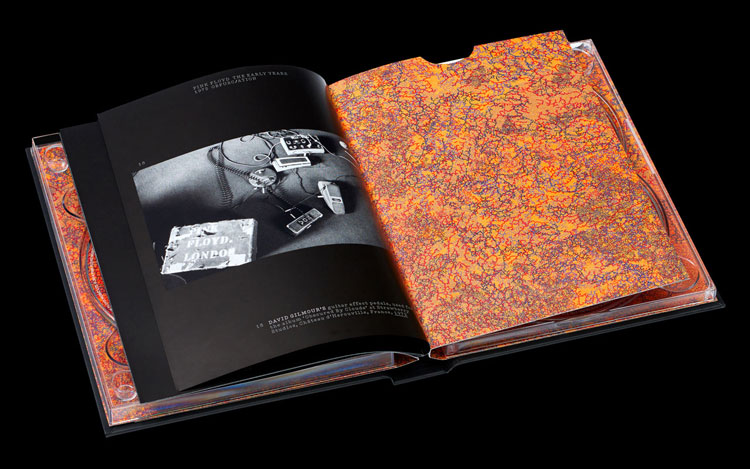 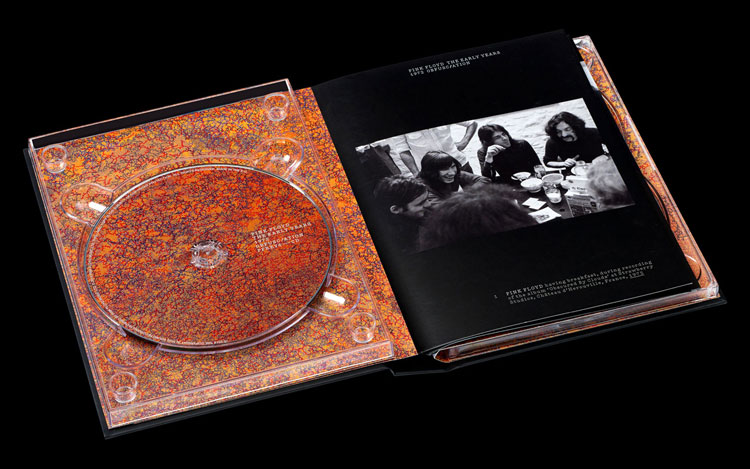 All photos courtesy of Pentagram.

The Pink Floyd Exhibition: Their Mortal Remains runs at the Victoria and Albert (V&A) Museum in London from 13 May 2017. Tickets cost between £20-24. For more information, head to the V&A’s site. Read our piece on the upcoming show here.