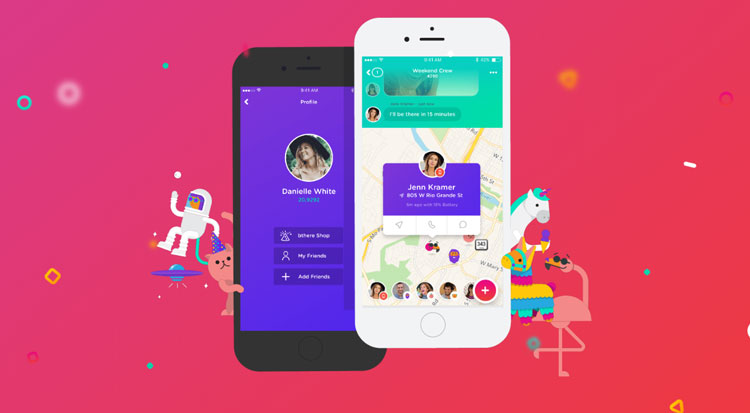 As we become more reliant on the internet to help us with every aspect of our daily lives, we are also becoming increasingly dependent on technology to keep us safe.

There are many ways we look to tech for reassurance — relying on navigation tools such as Google Maps to take us home, taxi apps like Uber to get a late-night ride, group chats likes Whatsapp to stay in touch, or location-tracking tools like Find My Friends to check where friends or family are at any given time.

One new app in this area is Bthere — aimed at those aged 18-22, it looks to help young people, particularly those at university, avoid dangerous situations by encouraging them to stay together on a night out.

Bthere was conceptualised by law graduate Ben Johanson, who has worked with Texas-based design studio Handsome, with the main aim of reducing sexual assault cases that happen on college campuses in the US — but the resulting app is a general safety-in-numbers tool, which could be used by any group of friends to help avoid any kind of crime or precarious situation. 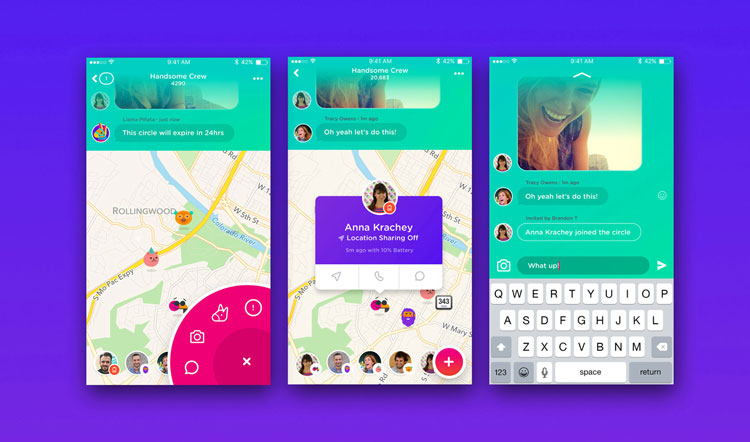 It has been designed as a hybrid messaging, location-sharing and rewards app, with the aim of creating an enticing tool that students will want to use to keep in touch with each other.

Users sign up and create “circles” with friends, family or housemates, which can either be permanent or temporary, such as for a specific night out.

This group then creates a map that shows everyone’s location at any given time, with an emoji of their choice next to it. It has a group messaging function, provides status updates on each individual user such as their phone battery life and current address, and has a one-tap “come get me” button if someone needs help.

“It became apparent that knowing where your close friends are and being able to communicate with them had to be at the core of the app,” says Brandon Termini, design partner of creative at Handsome. “Competitor apps on the market favoured either location or chat in isolation — there wasn’t one that married the two successfully.”

On top of this, the app “rewards” users for every minute they spend with people in their circles in real life, in the form of discounts at local retail and food places. 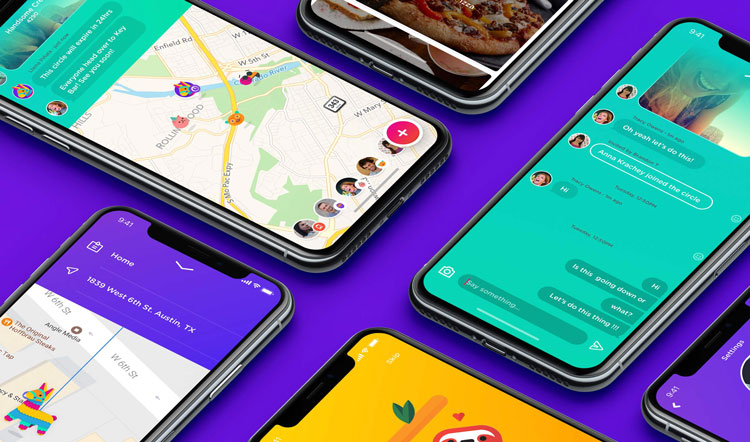 The app’s maps have been designed to use as little battery as possible, says Termini, to prevent people’s phone batteries draining quickly, while users receive notifications if a friend’s phone drops below 10%. It also tracks the last known location of a user if their phone does die.

A pin-drop function aims to encourage friends to keep track of each other throughout the night, and ultimately go to the same places, described by Termini as a “kind of bar crawl generator”. The pin-drop comes in the form of a colourful, piñata donkey icon — which is also the brand’s logo — and users will get rewarded points if they follow their friends to their tagged locations, incentivising people to stick together.

“With the core element of Bthere being togetherness and safety in numbers, we integrated redeemable points for friends for simply spending time together,” says Termini.

The user interface of the app is colourful, using a bright palette of pink, cyan, purple and yellow, a range of illustrations and line-drawn graphic icons for a few, limited menu options. This includes a little donkey head to place a piñata pin-drop, a camera to take a photo to post in a group message, a speech bubble to access messages, and a exclamation mark to notify others for help. 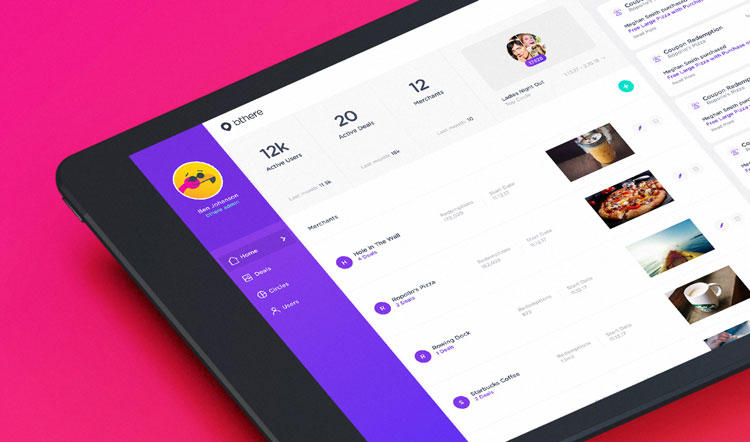 Termini says that, given its serious and sombre intentions of preventing sexual and physical assault, the app had to be “visually pleasing and a comforting experience to use”, and appear more “nuanced” than purely a crime preventative measure.

While the main demographic is those aged 18-22 at universities and colleges, the app could be used by any group of friends or family who want to stay in contact with each other. It is currently only available to download in the US.

Ultimately, the app has two aims — to keep young people safe but also to give them a rewarding incentive to spend more time together in real life, through harnessing the power of digital, says Termini.

“While several apps reward users for spending time on the app itself, this was more about giving points for spending time together in a physical location,” he says. “The execution was simple: create a circle of friends, and the more time people spend together, the more points they get.

“It looks to address the significant public safety issue on college campuses and was designed to protect students when they’re most vulnerable. We wanted to create a fun and engaging way for them to stay connected.”

Bthere is currently available to download from the App and Google Play stores in the US.