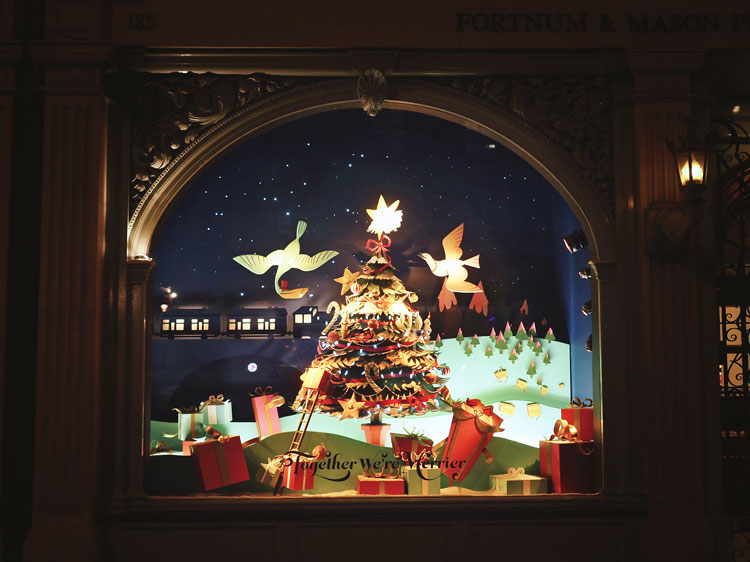 The sequel to Fortnum & Mason’s 2016 Christmas campaign “Together We’re Merrier”, this year’s windows have been devised as an antidote to the current turbulent political environment.

London-based consultancy Otherway worked with the department store’s in-house team to bring the windows to life again, and commissioned illustrator Chervelle Fryer to create a colourful, tapestry-style scene depicting the importance of the small moments at Christmas when everyone comes together. These moments include popping the cork of a champagne bottle, counting down with an advent calendar and decorating the Christmas tree.

Fryer’s illustration takes the form of a three-dimensional, 20-metre-long installation in the department store’s windows, which apparently took a group of sculptors, installation artists and make-up artists 12 weeks to build from scratch. 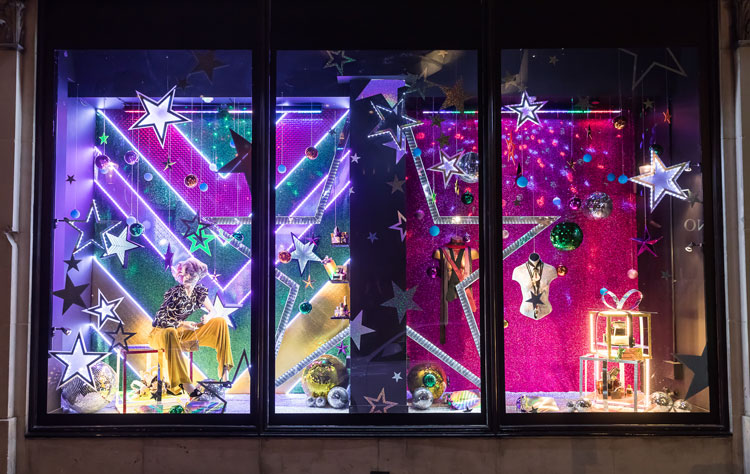 The department store’s windows are an ode to all things colour this year, drawing inspiration from the vibrant hues seen in many fashion designer’s Autumn/Winter 2017 collections.

Created by its in-house team, the rainbow hues and graphic patterns seen in the windows are accompanied by rotating mirror balls, shiny stars and gift ideas that are displayed inside giant, festive baubles.

Over 2,000 metres of sparkly vinyl has also been used in total in the department store’s windows across the UK and Ireland, which is apparently so bright that the team had to wear sunglasses while they were installing it, according to head of visual display Janet Wardley. 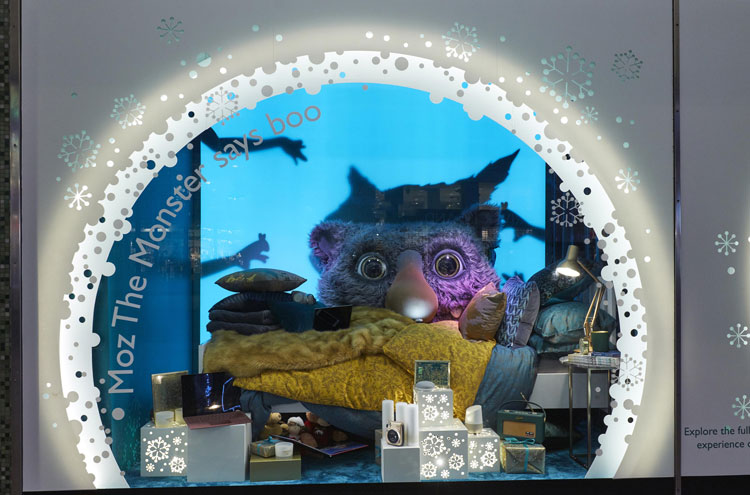 Sticking to the annual tradition of referencing its famed Christmas advert, the star of this year’s John Lewis festive windows is Moz the Monster.

Inside the store on the fourth floor, visitors can tickle Moz’s feet and explore his curiosity cabinet in the bedroom, find him hiding in the fireplace in the living room, and immerse themselves in the Moz storybook in the reading room. 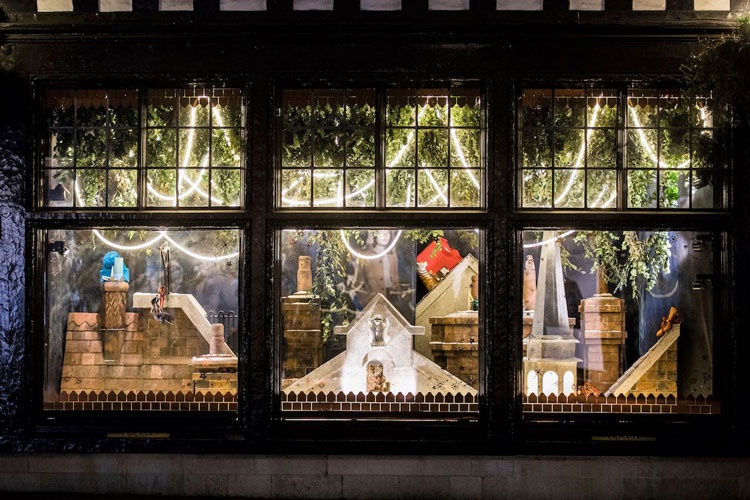 Based on the theme of “The Night before Christmas”, the rooftops of Liberty have been recreated by its in-house team under a midnight sky for this year’s windows.

Set against a backdrop of rich, green foliage such as ferns and eucalyptus, the skyline comes complete with twinkling starry lights and a cream-coloured moon.

Inside the department store, Christmas trees have also been dressed with eucalyptus, while oversized wreaths have been sprayed with a Diptyque fragrance that takes inspiration from the festive scent of pine needles. 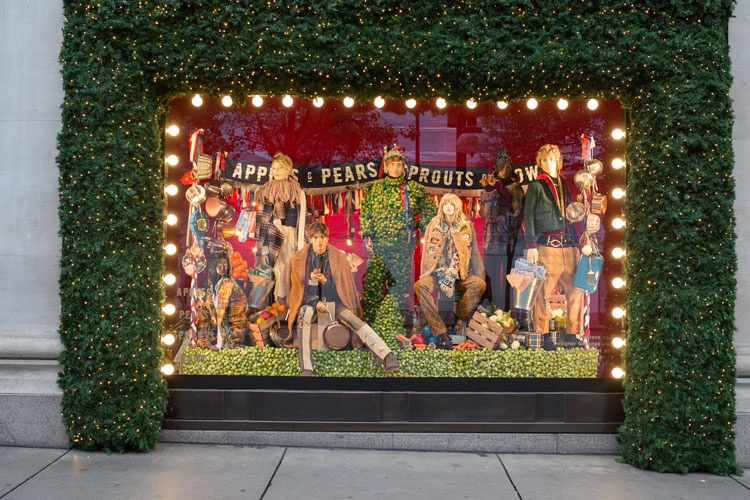 This year, it took a 100-strong in-house team working non-stop on rotated shifts for eight days to make Selfridges’ Christmas display a reality.

The department store’s windows have been transformed into festive floats, as a nod to the capital’s famous parades and carnivals, such as Notting Hill Carnival.

Taking inspiration from the theme of “With Love From”, each window features a different set of characters, ranging from Christmas commuters riding gold chrome bikes to a giant, inflatable robin.

One of the highlights has got to be the float that pays homage to London’s vibrant food markets, which has been adorned with 5,000 hand-painted brussels sprouts.

Seen any particularly festive window displays yet? Comment below with your favourite ones.

Mini to build co-living and working complex in China