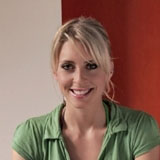 Illustrator Sanna Annukka specialises in pattern-making, but recently produced artwork for indie band Keane. Liz Farrelly learns about her personal, yet pragmatic vision and her endless fascination with Finnish folklore

Sanna Annukka has just returned from a holiday in northern Finland, visiting family and enjoying the woods, lakes and endless summer sunshine up by the Artic Circle. With days spent drawing from nature and seeking inspiration from Finnish folktales and her grandmother’s collection of Scandinavian glass and ceramics, she has been recharging her creative batteries after a whirlwind graduation year.

With a Finnish mother and English father, Annukka’s childhood was spent hopping back and forth from the rural idyll of a Finnish farmhouse to the quirky delights of seaside Brighton. Taking her passion for drawing to the next level, she enrolled on to Brighton University’s illustration course. By her third year, she’d discovered a love of bold, flat pattern-making, best realised as silk-screen prints. Maidens, her first in a series of traditional costumes, are currently on sale in London store Hygge (Danish for ‘cosy’), with a new collection on its way.

A year on and Annukka has a major-league commission under her belt, from chart-topping indie songsters Keane. ‘A friend of the band bought one of my prints – that’s how they found me’, reveals Annukka, who has decided against employing an agent, preferring to vet all freelance offers herself.

The band is known for championing young artists, designers and animators, and introduced Annukka to Big Active’s Gez Saint and Richard Adams, who art directed and designed the new album, Under the Iron Sea. With a gatefold CD booklet, several single releases, special-edition boxed sets, posters and more, Annukka was kept busy producing more than 50 separate images. Inspired by her screen-print aesthetic, she worked instead on a Mac using Photoshop, as time was tight and the bulk of the commissions were completed in around two months. 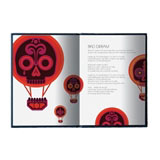 ‘I collaborated with Richard Adams on the layouts for the various releases. I created images using ink on paper, scanned them, experimented with colour combinations, and built an archive of elements which we could recombine. Working with Photoshop, you can replicate the layering process of screen-printing. My computer skills really improved too,’ she explains.

‘The band gave me total freedom. I created my own world, so it was an ideal collaboration’, says Annukka. Her love of folklore and, in particular, the epic Finnish story cycle Kalevala, with its surreal tales of forest dwellers and poetic musicians, inspired her to create a cast of romantic characters and magical symbols – helmeted knights befriend talking birds, whales and horses emerge from rolling waves, and magic castles sit atop snow-topped hills, covered with geometric blooms – all of which are realised in a palette of colours reminiscent of post-war Scandinavian graphics and textile prints.

‘There’s enough inspiration in Kalevala to keep me illustrating into my 90s,’ explains Annukka, revealing that her next, self-instigated project is a series of screen-prints depicting 15 scenes from the fairytales. ‘Lots of Finnish artists have worked with Kalevala, but no one has drawn the stories in a modern style,’ she says.

Recalling how she began collecting Scandinavian design – boldly printed ceramics, hand-blown, coloured glass, illustrated children’s books and textile designs by the likes of Marimekko – by trawling flea-markets and junk shops with her parents, ‘when nobody knew the value of any of it’, Annukka is translating her ‘collector-mania’ into another career move.

‘My business plan is my purpose in life,’ she jokes, revealing a passion for image-making and an enthusiasm for objects that is both inspiring and ambitious. ‘I’d like to experiment in different media, selling through my own website, making limited edition, hand-printed books, fabrics, ceramics, objects for the kitchen and the home’, she explains. ‘I look at vintage pieces and see that so much consideration has been put into very simple things, like a coffee tin. I’d like to revive that level of consideration.’ 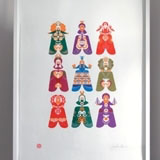 Coming soon is a collaboration with jeweller Giles Reeve, where Annukka’s woodland characters – bears, squirrels and deer – will be cast in silver and enamel, as chunky rings and pendants. Presented in illustrated gift boxes with limited-edition prints, the aim is to create a gift series you’ll be tempted to collect.

Tempering her personal vision with a pragmatic approach, Annukka adds, ‘I don’t say no to all commissions. I’ll take something on if it’s the right project, it’s just that I need a balance – to earn money to set up my own business and to keep on developing’.