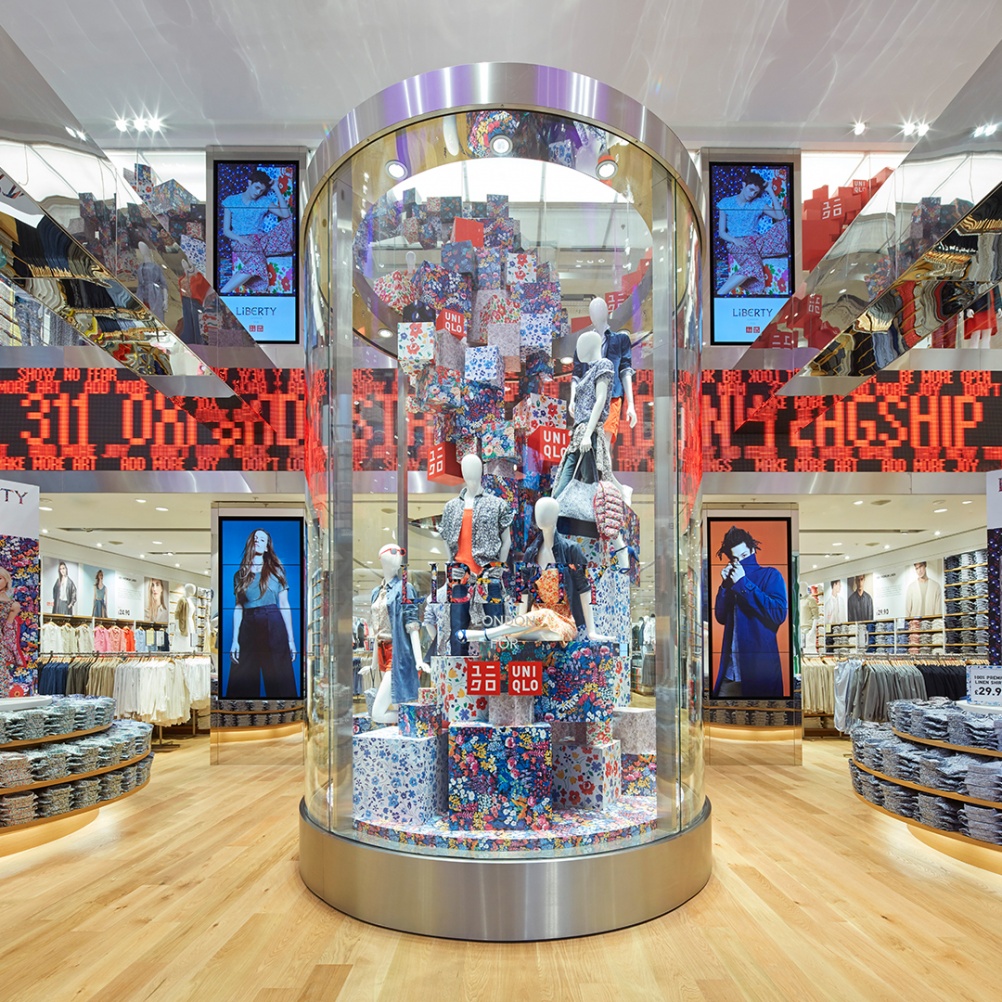 The refurbished space sees expansion from three floors to five, at a total of 2,240m2.

A new roof terrace also provides views of London for shoppers, and will be used for events as the store aims to become a “cultural hub”.

This will include quarterly events in partnership with Tate Modern and monthly events with East-London radio station NTS.

The interiors include a new concept area, the UNIQLO WearHouse London. The space has a private entrance to the rest of the store from Oxford Street, and will also be host to events.

This area aims to “contrast” with the rest of the store, which uses technology such as rotating mannequins and LED ticker displays, design aspects that are present in UNIQLO stores globally.

The campaign sees collaboration with creatives across the city, and includes an advert created by advertising agency Faster Horses, showing a series of dancers in various places around London, and a customer competition that aimed to “engage people in the cultural and creative utopia” of London, says Jay. Prizes were revealed through an installation on the store’s rooftop on its opening day.

Micro-site for the store

French illustrator Jean Jullien has also drawn a hoarding for the campaign, which was revealed on Oxford Street when the store opened.

The London store includes its own bespoke website, which includes information on the store’s five floors, events, and stock availability.

The flagship originally opened at 311 Oxford Street in 2007, and at the time was the largest UNIQLO store globally. It closed in March 2014 for two years for its refurbishment. 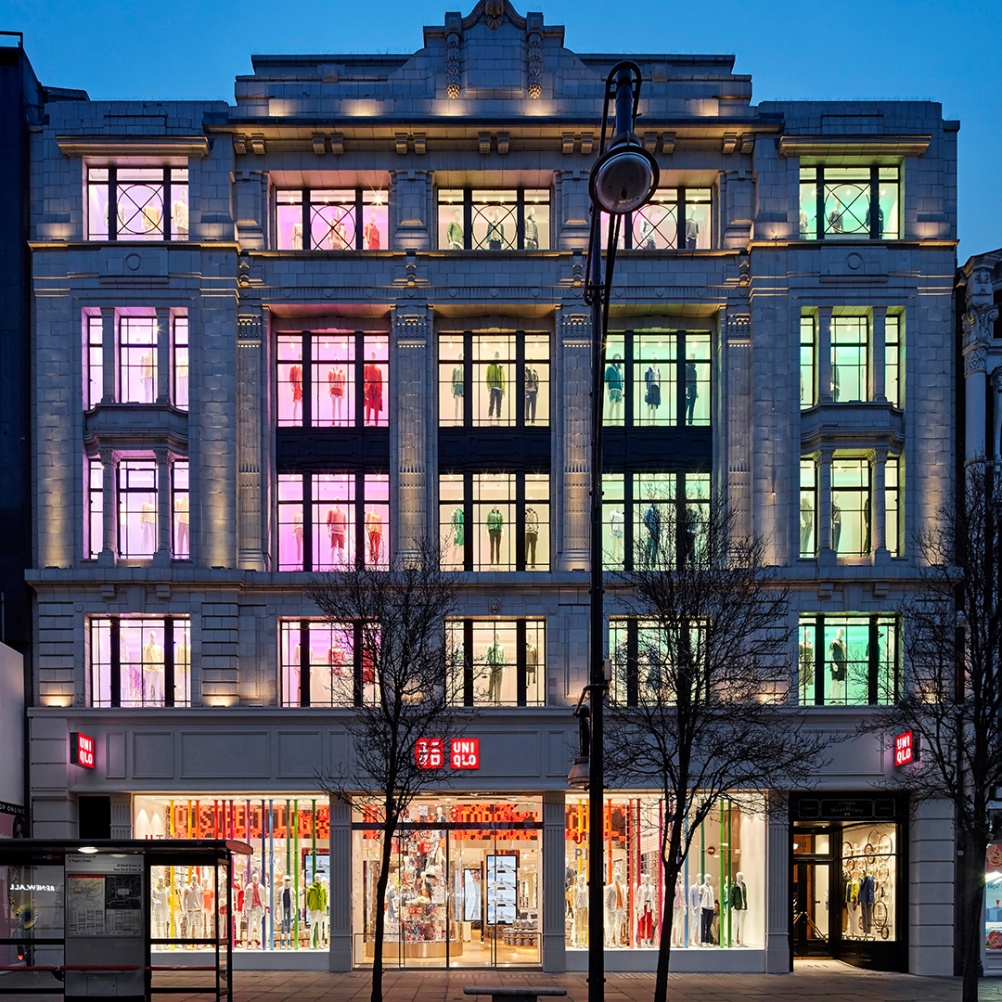 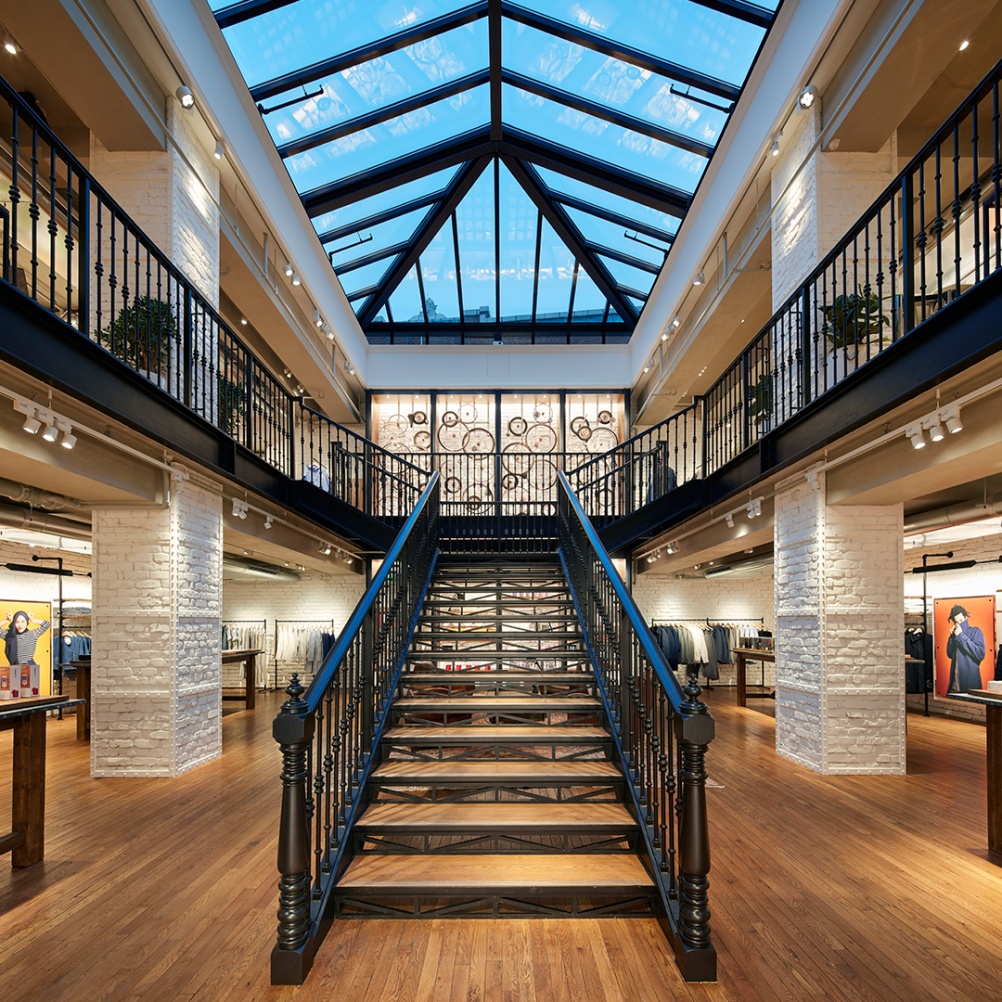