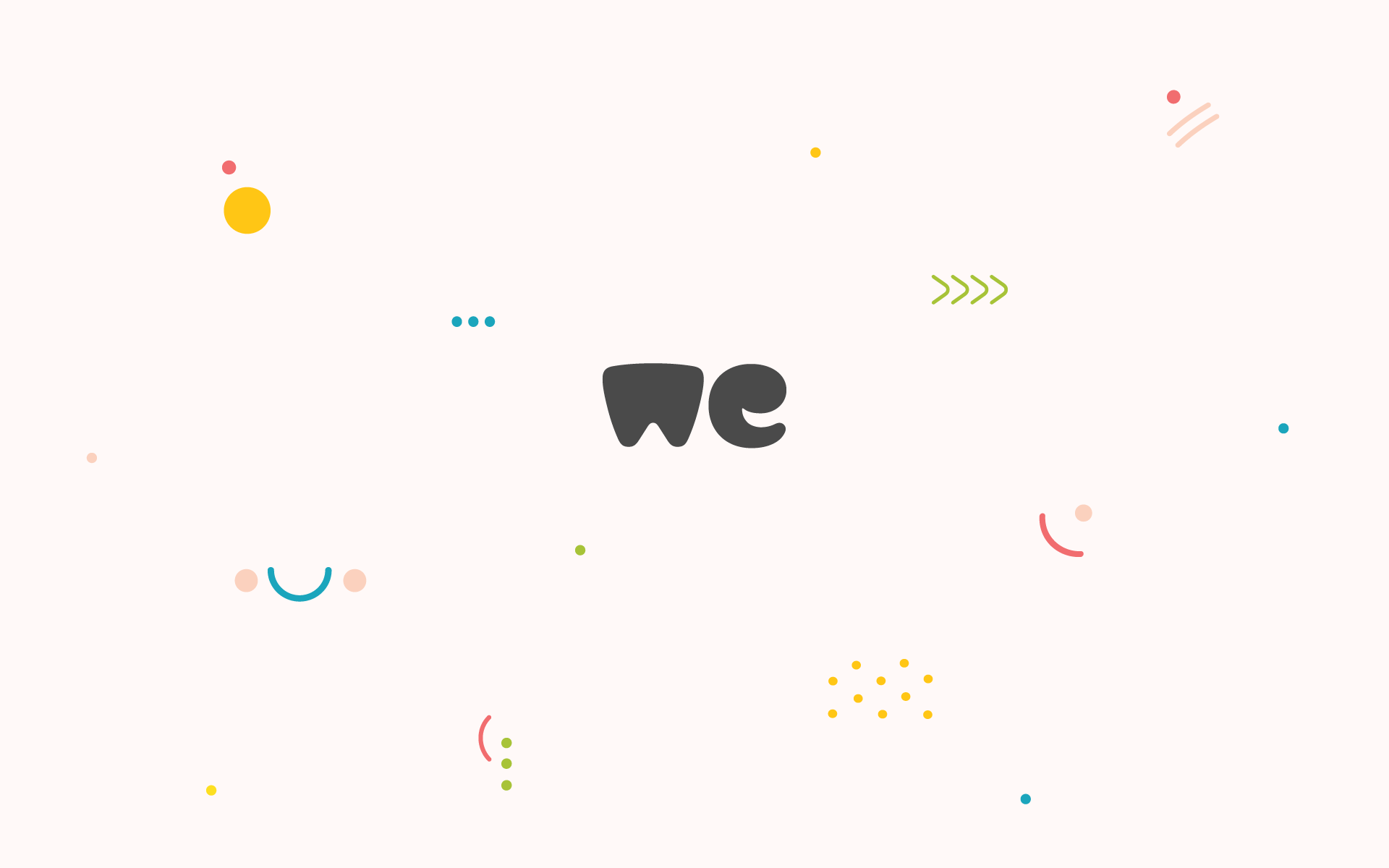 Online file sharing website WeTransfer has unveiled a new logo which places greater focus on the “We”, to put more emphasis on the creative community rather than the service.

WeTransfer has previously enabled people to send each other digital assets by packaging up large files into downloadable, zipped packages.

The service has now been changed so that files are no longer zipped, but are available as separate downloads.

The old logo saw a filled-out, blue “we” symbol, with the curve of the “e” forming a smile. This was followed by the word “transfer” in grey, both in sans-serif lowercase. 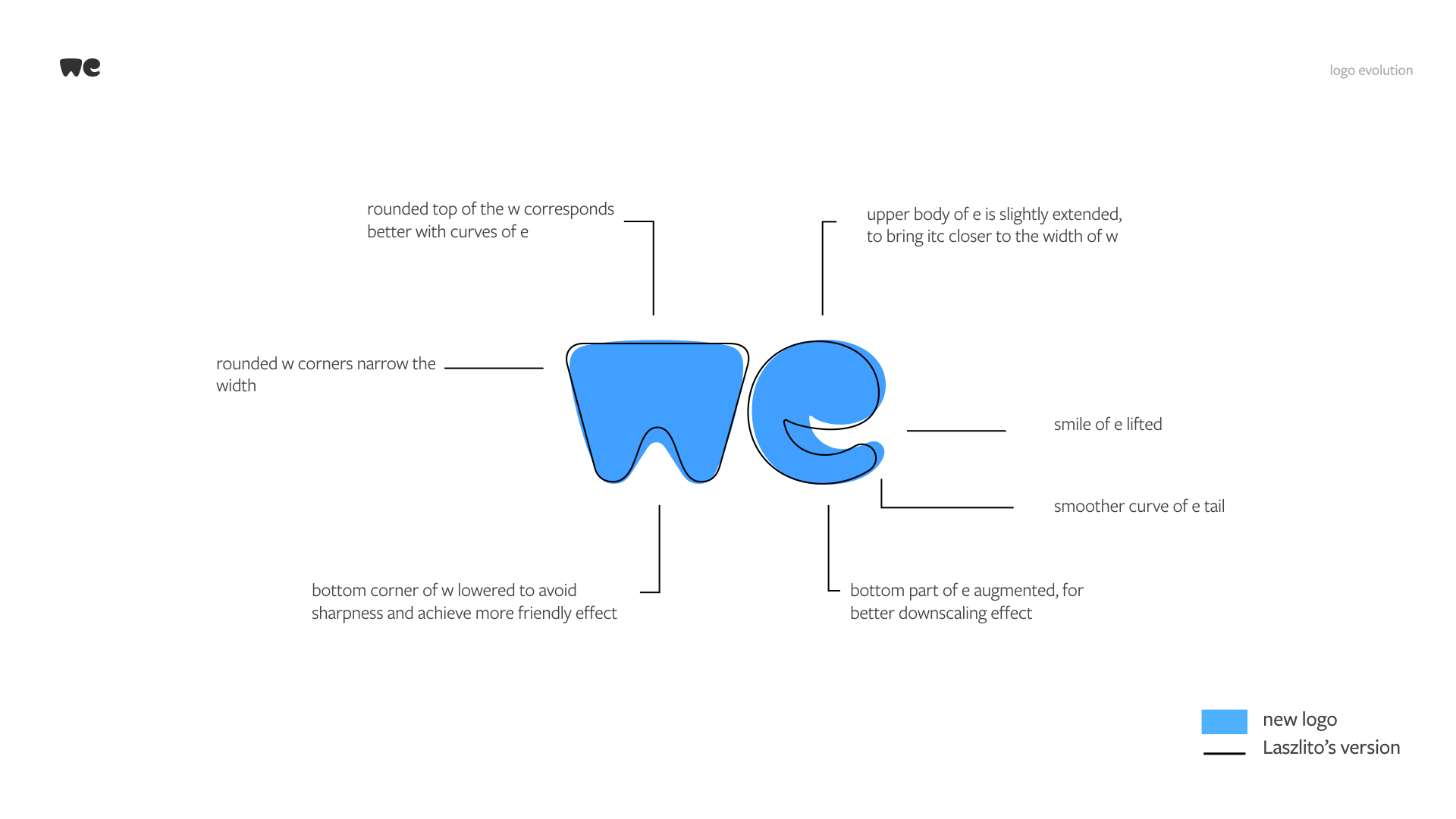 The new logo keeps the filled-out “we”, but drops the word “transfer”, and refines the “we” so that it is thicker with a higher smile on the “e” to create a “friendlier effect”, says WeTransfer creative director Laszlito Kovacs.

“Although we’ve used a ‘we’ logo since the beginning, it was always secondary to our ‘wetransfer’ wordmark,” says Thijs Remie, WeTransfer vice president of design. “That has now changed. We are more than ever aware of our relationship with the creative community. Our focus on ‘we’ represents ‘you’ and ‘us’.”

Freight Sans typeface is used for supporting body copy, with Fakt also used in some applications of text in smaller sizes.

Alongside the logo is a set of new illustrations of coloured shapes, set in a palette of “peachy colours” which draw inspiration from non-tech design fields such as interiors and mid-century branding, says Kovacs. 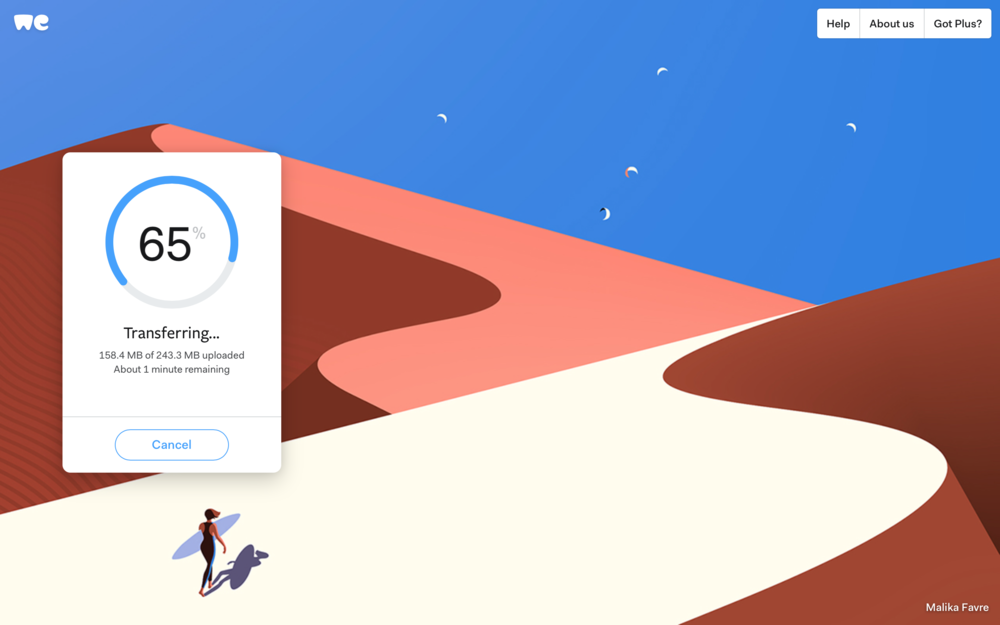 The rebrand comes alongside a redesigned website, which sees clearer navigation, a new transfer box and a new feature allowing people to download single files as well as groups of files, according to Remie.

Side panels now pop out for navigation, which aims to enable users to access information more easily. They only cover half the page which lets users access the transfer box at the same time. 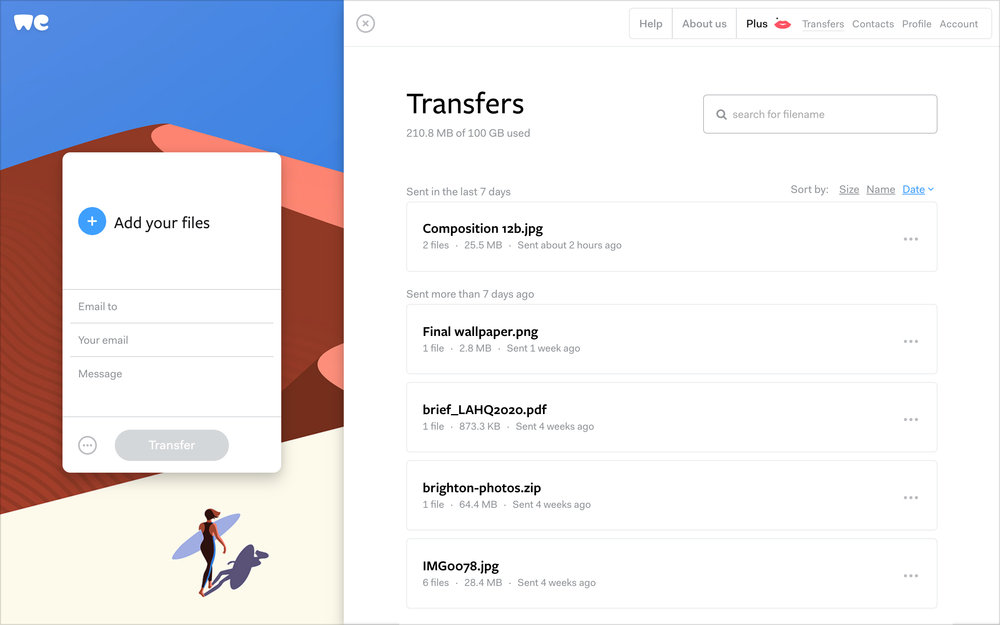 WeTransfer Plus has been optimised, allowing users to personalise the backdrop of their page more easily, and providing a transfer overview panel showing the user’s list of transfers. 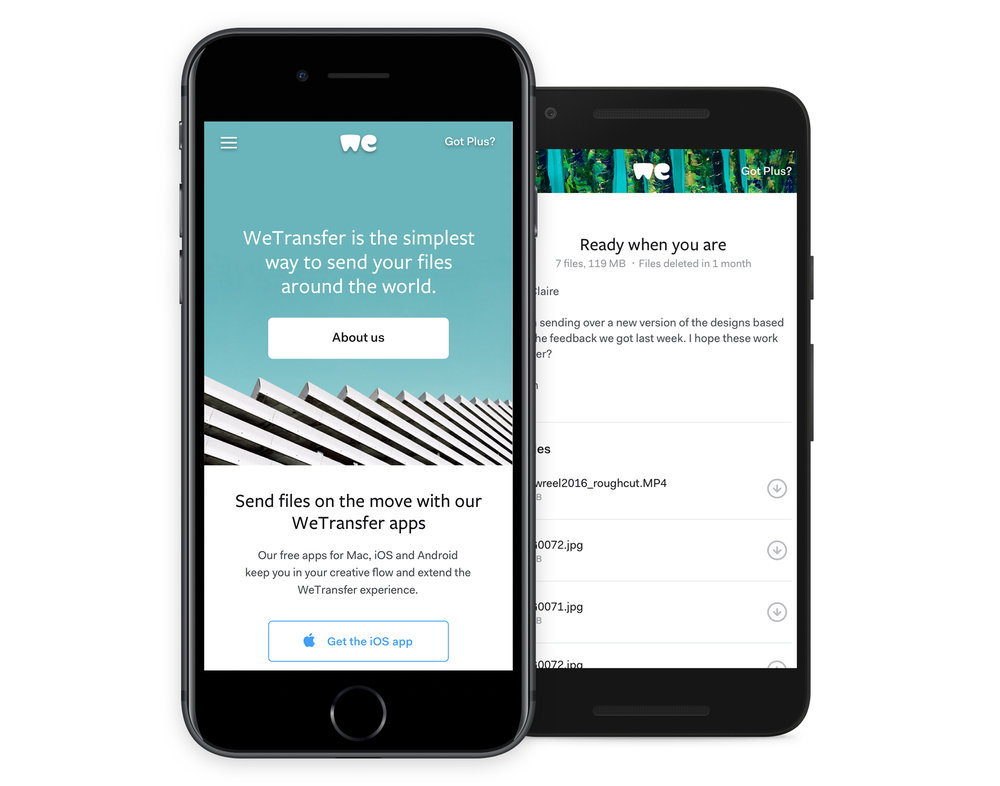 The mobile site has also been optimised for viewing and downloading purposes, but to send files, users still need to use the iPhone or Android app.

The new logo and website are currently rolling out online. 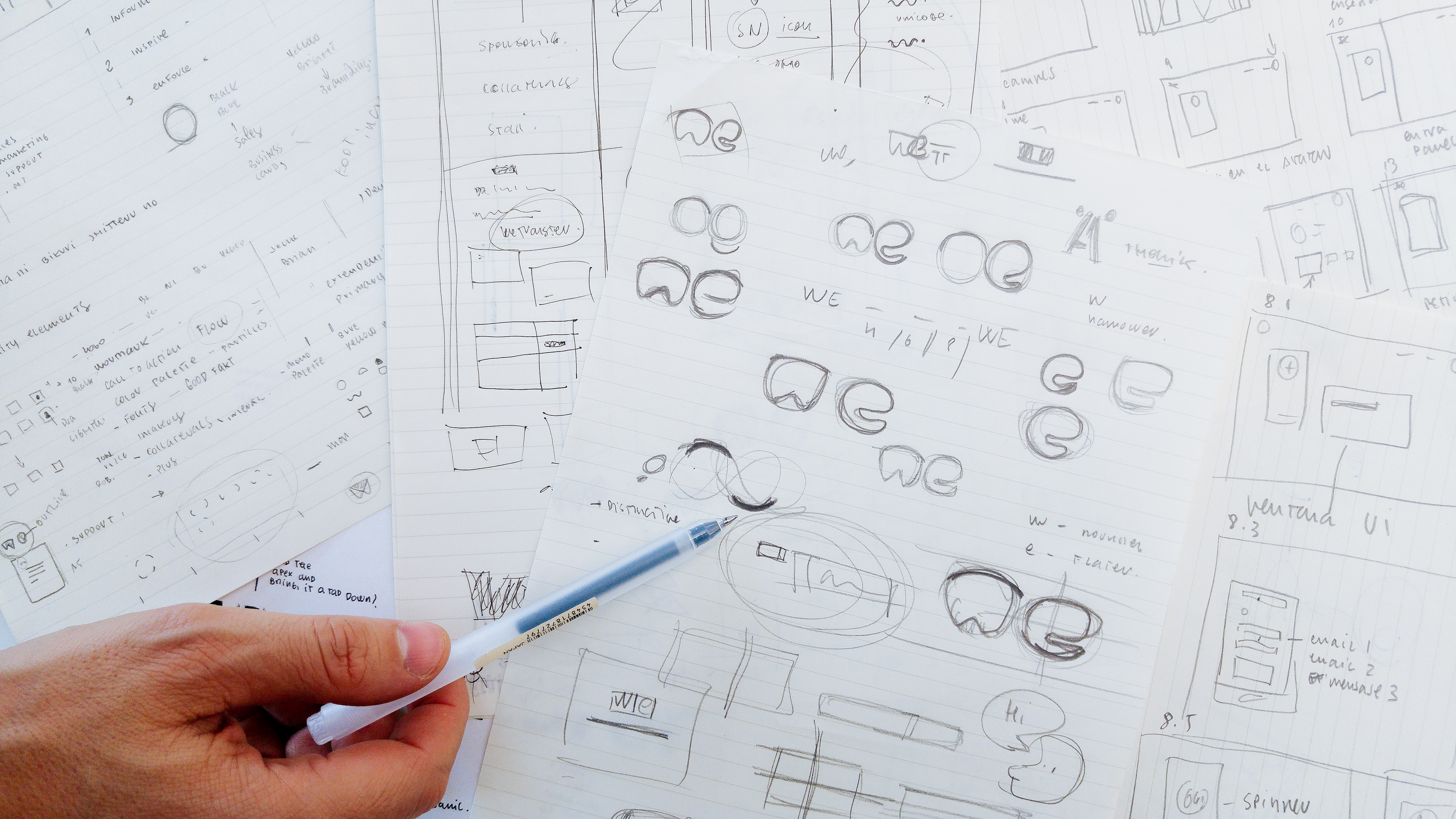 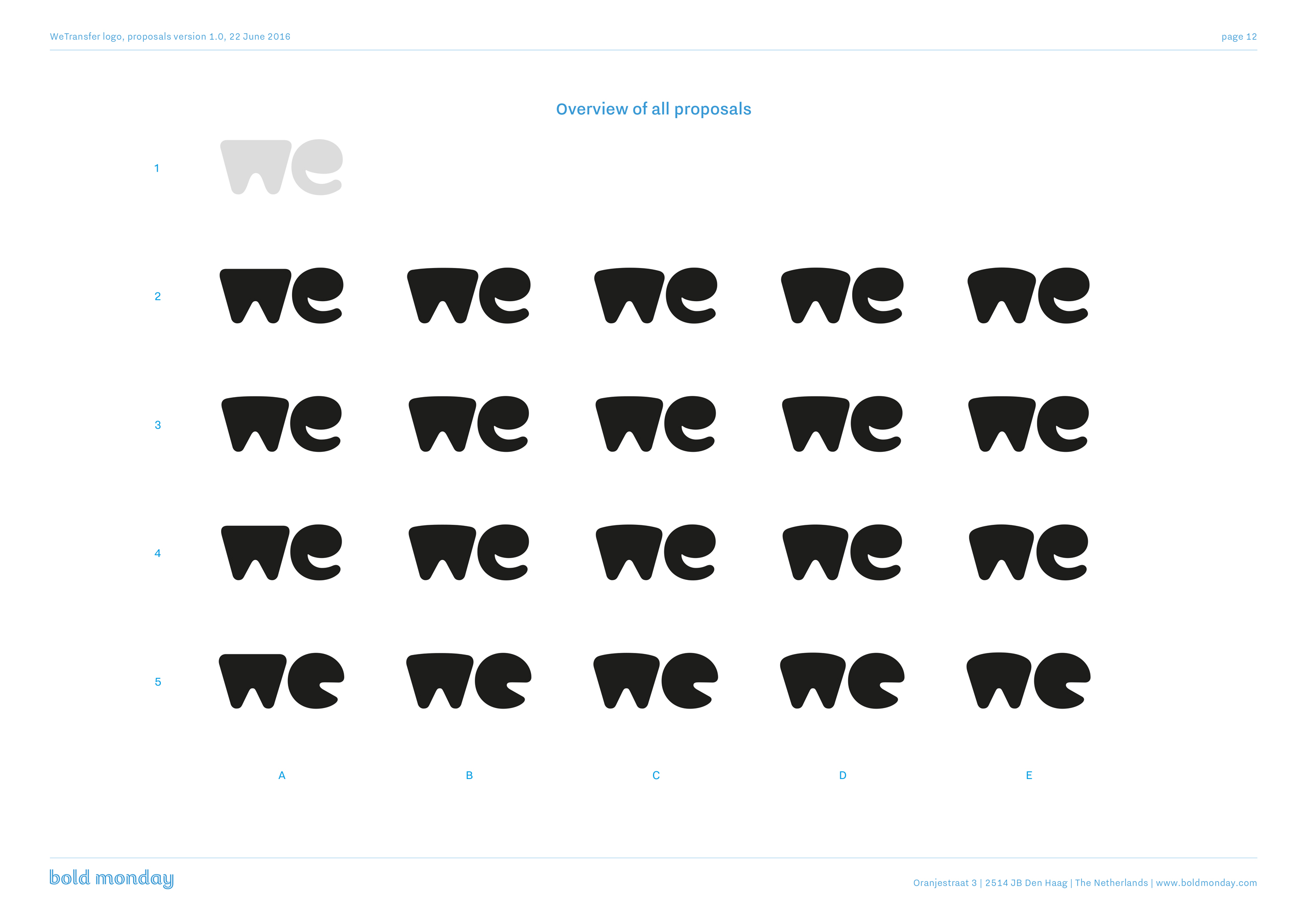