London-based design studio Omse has rebranded Hackney Church to tie in with the venue’s renovation work and expanded community focus. 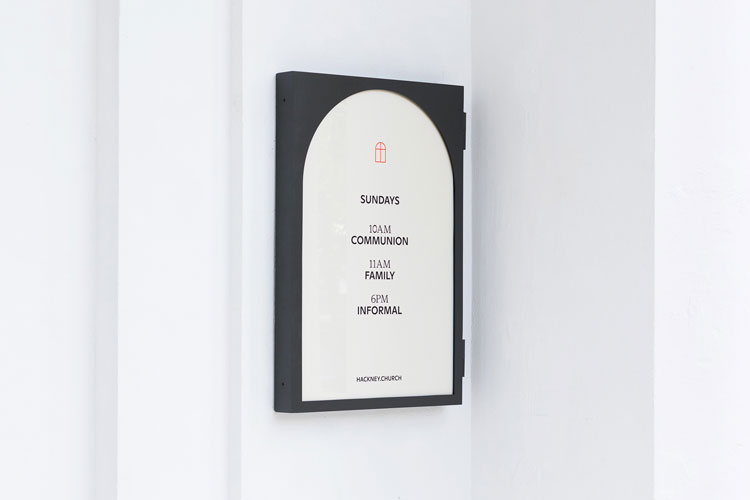 The identity is the result of three years of work in collaboration with the East London church and its community, as well as local photographers and illustrators.

A “cathedral of creativity”

For the past few years, the physical interiors of church were being restored in a multi-million pound project headed up by John Pawson architects (responsible for London’s Design Museum). Es Devlin is also creating an installation for the updated space.

Omse creative director James Kape says that the studio views the church as a “cathedral of creativity”. Hackney Church has expanded in scope in the last three years. As well as a church, the location is set up to function as a gig venue for the likes of The XX, a charity and an apiary. It also has its own brewery, and there are plans for a café.

It’s grown from five to 35 employers and there are now multiple locations where it runs religious services, in Leyton and Homerton. A new identity had to flex across all of these purposes and not lose sight of its origins as a church, Kape tells Design Week.

The heart of the new identity is a new logo which has been inspired by the architecture. A window-shape (reminiscent of the church’s stained-glass windows) acts as a framework for the church and its various uses.

For example, the core mark has been customised for its charity, Lighthouse, which features a starburst design (far right). The other customisations are still in a concept stage.

Kape says that the window-shape was chosen for its potential to appeal to different groups. “It flexes to describe different things depending on what they’re talking about,” he tells Design Week.

Staying true to its roots as a church, religious audiences can see the cross in the window. But for the more community-focused groups — which might not necessarily be as religiously-inclined — it’s an adaptable and ambiguous symbol.

“For the People of East London” 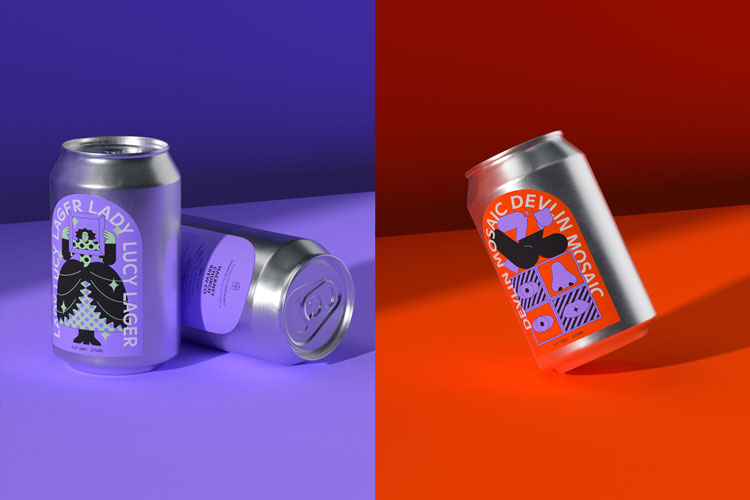 The shape can be seen throughout the identity in various interpretations. On potential packaging for the brewery’s own-label beer, the cans’ stickers have the same shape. Illustrations have been done by Thomas Hedger.

These designs are also inspired by characters relating to the area’s history such as Lady Lucy Lager, who was an assistant to King Henry VIII and lived locally. James Spiller Ale is named after the building’s architect. There are also more modern influences in this branding: Devlin Mosaic and a Pawson IPA. 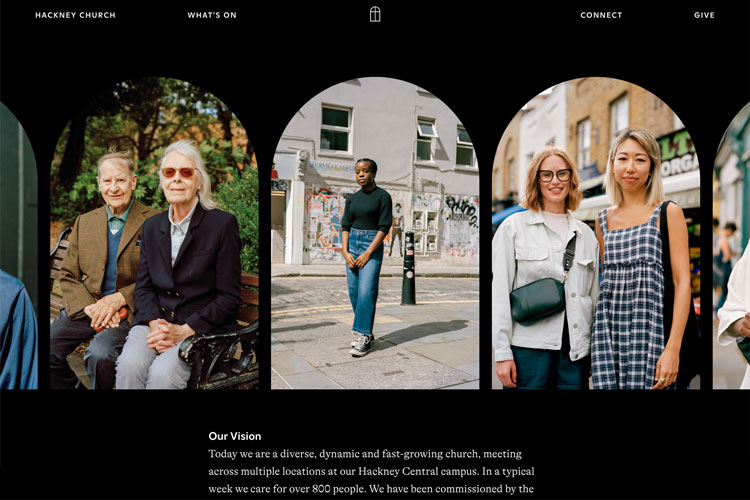 In the recently-launched photography campaign, the phrase “For the People of East London” is set in the shape. Photographers Vicky Grout (known for her documentation of the grime scene) and Toby Thomas took photos of different members of the church’s community.

The campaign reflects an expansion for the church’s focus. It was no longer just for the church-going community of Hackney but also the whole of East London, Kape says. “The idea was to involve the community and tell different people’s stories,” he adds. 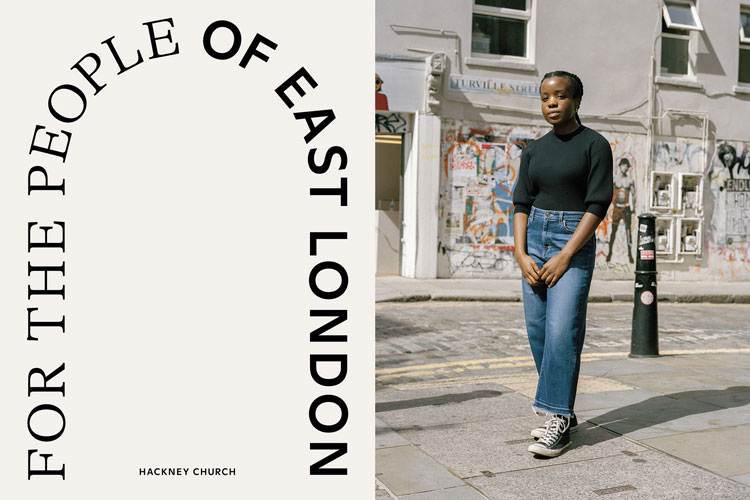 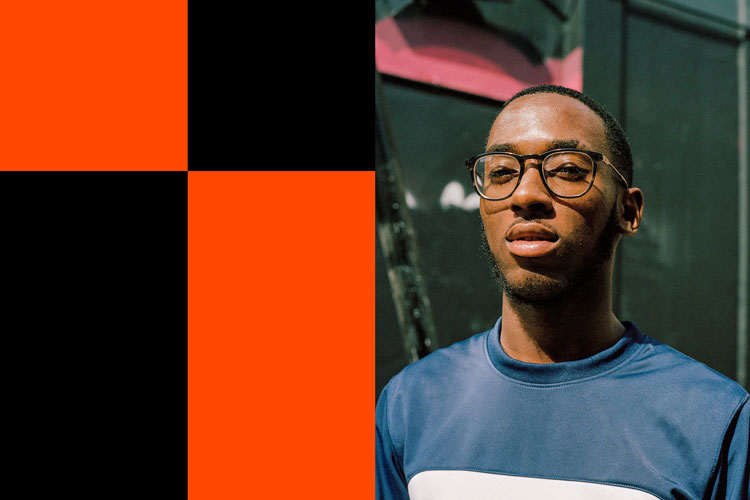 Kape tells Design Week that the colour scheme aims to avoid cliché religious shades such as silver and gold. The studio chose a distinctive orange shade that is dotted throughout the work: as a filter for photography on wayfinding, for signage type as well as in the campaign visuals.

Pastel tones compliment the main colour including a sky-blue and lilac. Ginto and Alpina have been used as the two primary typefaces, which are used according to different “moods” according to Kape. 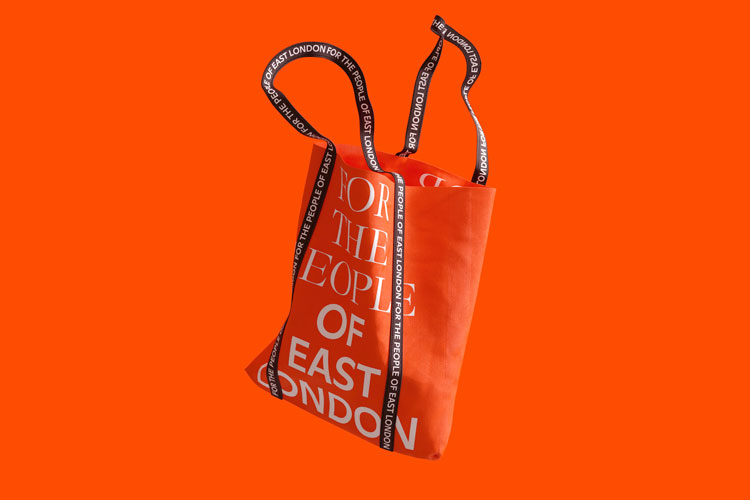 The studio has revealed plans for merchandise — dubbed “church merch” — which would further integrate it into the local community. These include a tote bag in the brand’s orange as well as a necklace with the core mark in gold and hoodie. 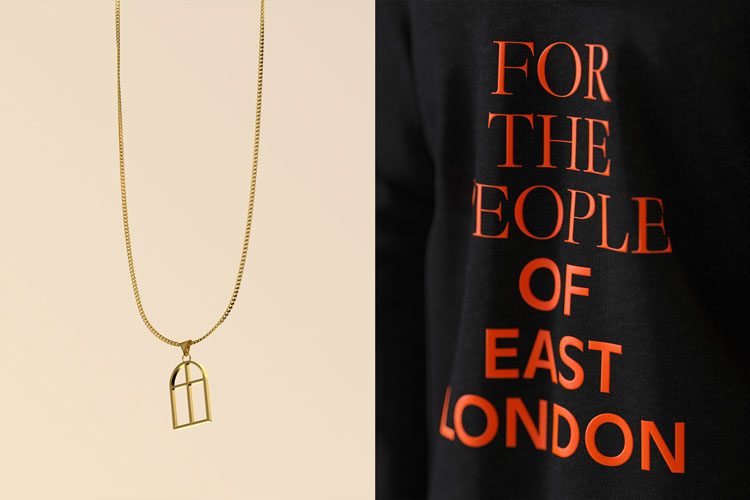 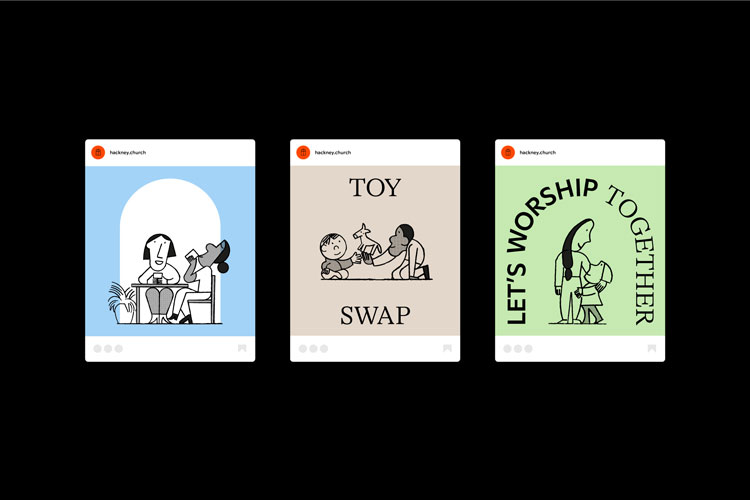 Hackney Church has family-focused programmes which provide activity sessions for kids as well as supervision for new parents.

Illustrators Jay Cover and Joseph Melhuish were brought in to create work for these. This includes four children’s characters which aim to welcome young people into the community. 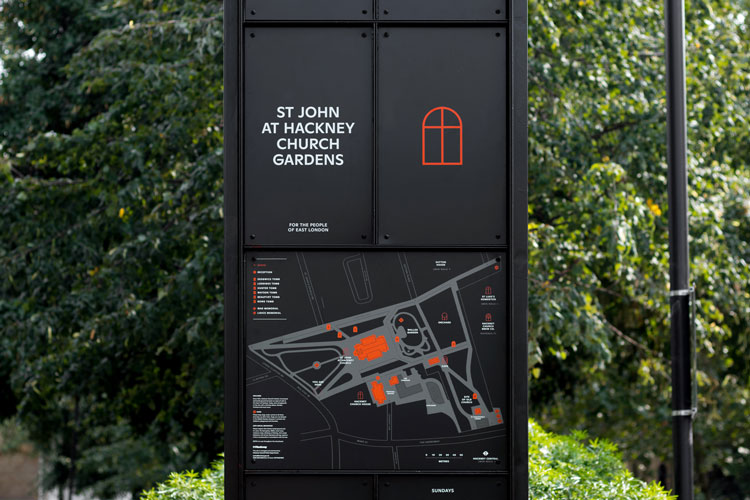 Omse has designed signage for the renovated church and wayfinding in the church grounds, which provides further information on the surrounding area. Signage has also been installed inside the church, bearing the new community-focused motto. This work has been done in collaboration with Ebba Architects and production company Family Ltd.

The studio has created an updated website for the church that will launch soon. 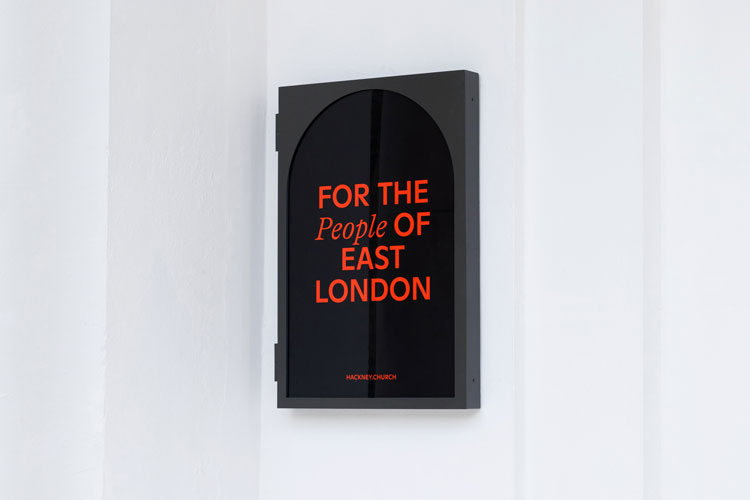