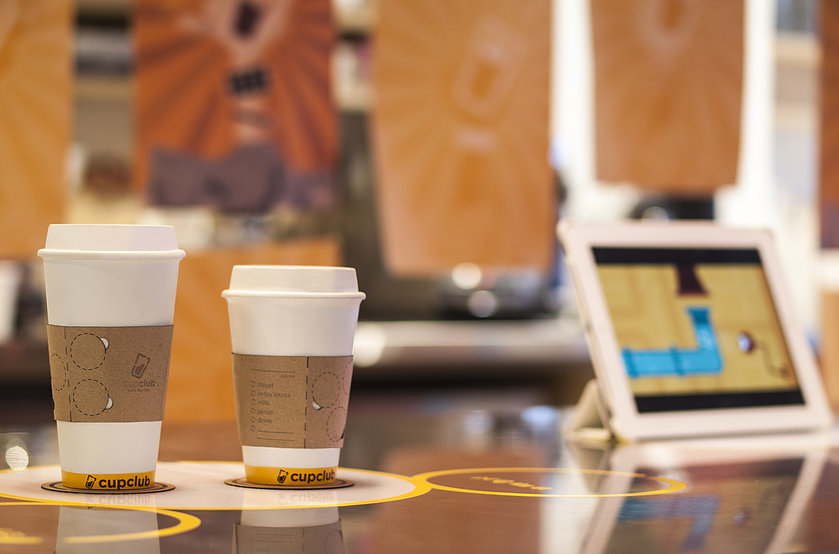 Consultancy Studio D-Tale has designed a system that allows coffee drinkers to become more eco-friendly by reusing their cups.

CupClub, announced in detail at this year’s Design Indaba conference, is a “closed loop” solution, which aims to combat the waste produced by disposable paper cups.

The idea is a cyclical initiative, whereby “members” of CupClub can use and deposit recyclable cups, which are cleaned and then redistributed.

Cups made from plants

People will be able to sign up to CupClub via the website and download the app on their phone. This would then allow them to buy their coffee in CupClub cups, available at coffee shops.

They can then take it away to drink, and deposit the cup at a collection point when they’re finished, where it will be washed and redistributed to retailers again.

Although the cups are plastic, the system looks to be sustainable by reusing existing plastics from the supply chain up to 1000 times. After 1000 uses, the plastic cups are then recycled into new cups.

The app would also allow users to calculate their carbon footprint based on the number of cups used and recycled.

Aims to reduce waste and pollution

Studio D-Tale has embarked on the project to “create a safer and healthier community culture”, adding that “the disposable cup is the second-most polluting consumer product after the plastic bag”.

The consultancy states that the UK discards more than 2.5 billion paper cups annually, made of cardboard and polyethylene, which need “specialist recycling to separate”. It adds that paper cup manufacturing generates 1.3 billion kg of carbon dioxide emissions every year.

“The future is a reality that everybody creates”

The project is based on the use of glass chai cups in India, which are shared and recycled.

Safia Qureshi, founder at Studio D-Tale, says: “Developing world examples of enterprises like these are fantastic – they’re ubiquitous and global.”

“We were looking at the problem of waste in growing global cities such as London, and wanted to find innovative ways to keep the city clean and connect with people on an individual level about the harmful effects of single use manufacturing,” Qureshi says. “Takeaway beverages have been rapidly increasing in popularity, mostly sold in disposable cups – we decided to look at alternative and more sustainable ways to cater for this market.

She adds: “Our role as architects and designers is as custodians of the city – it’s to keep the city clean. The future is a reality that everybody creates”.

The initiative is currently being piloted with select partners in London and is set to launch later this year. The consultancy hopes to spread the programme worldwide. It has been supported by the Great Recovery at the RSA and the Ellen MacArthur Foundation.