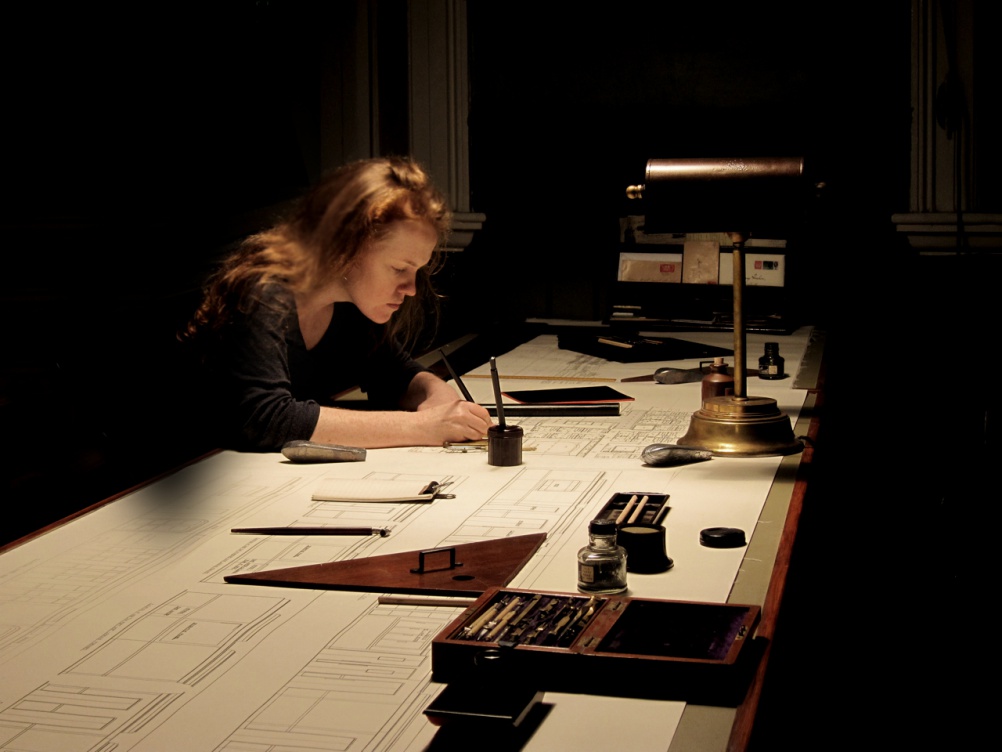 “Working in film is kind of like running away and joining the circus,” says Annie Atkins, Dublin-based graphic designer for film and television. “You’re often living in a hotel, working away from home on location somewhere. But it’s so exhilarating that it’s hard to let go of.”

Atkins, who began her career in screen graphic design working on The Tudors television series in 2008, has spent seven years gluing, stitching, printing and grafting, mostly by hand, and always behind the scenes – because graphic design in film is very much an invisible role, she says. 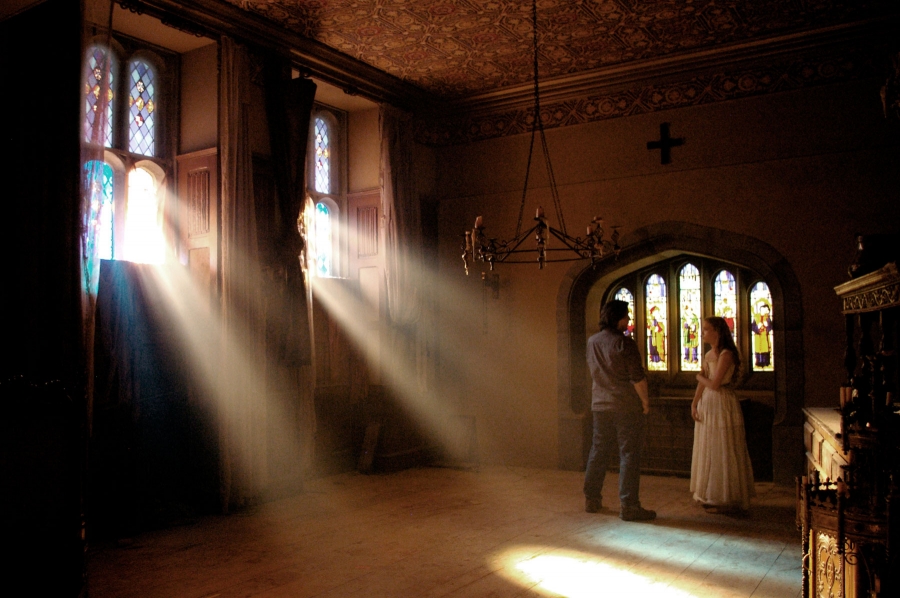 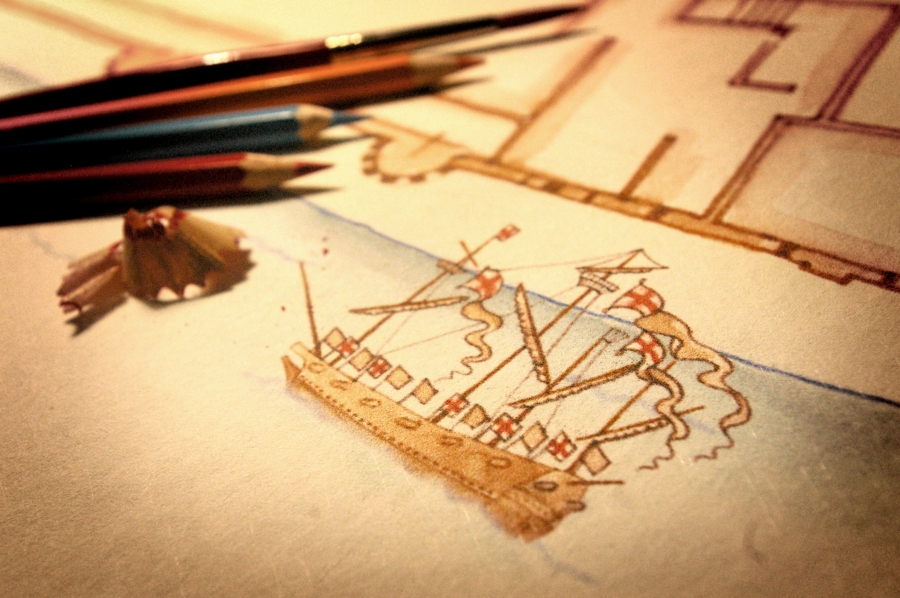 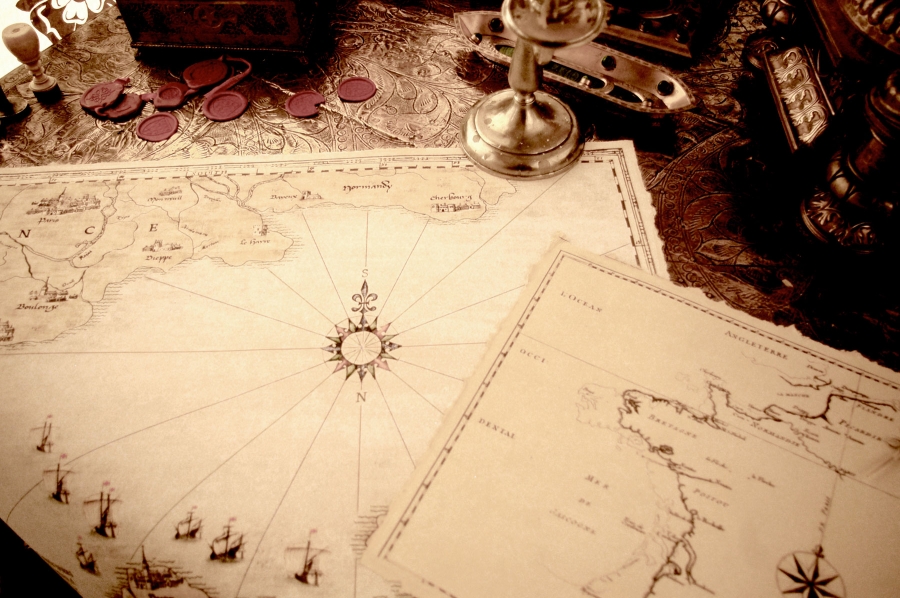 “Most of the time, we’re making graphics to blend in seamlessly with the rest of the world that the art department is creating,” she says. “Often, if you see it, there’s something going wrong. It is a bit of a secret world and it doesn’t get a lot of press.”

Atkins was suddenly catapulted into the spotlight following her work on Wes Anderson’s film The Grand Budapest Hotel in 2014, where graphics were given a rare leading role. 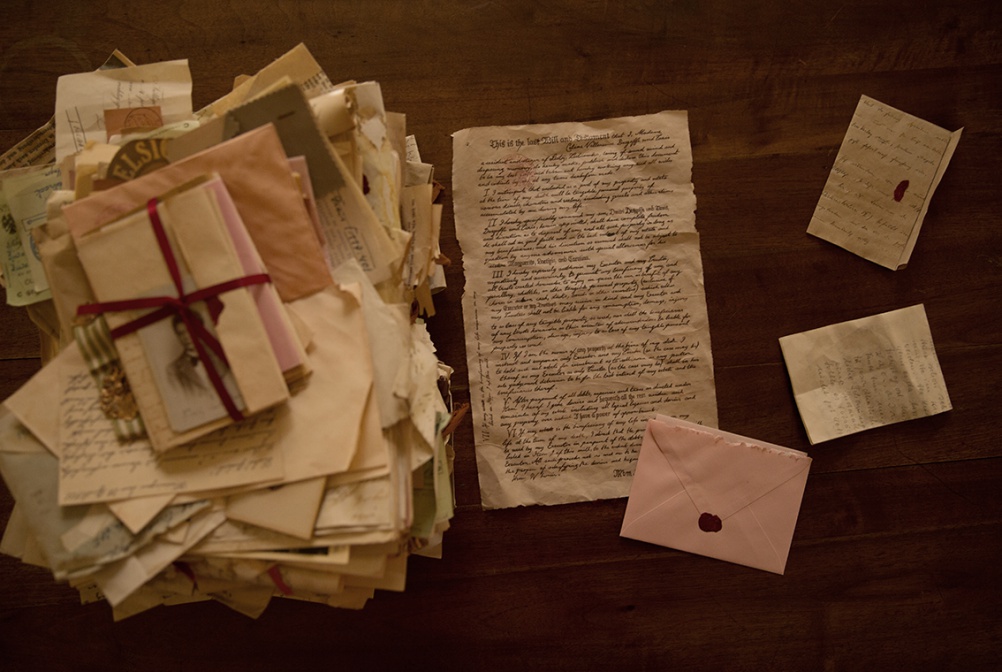 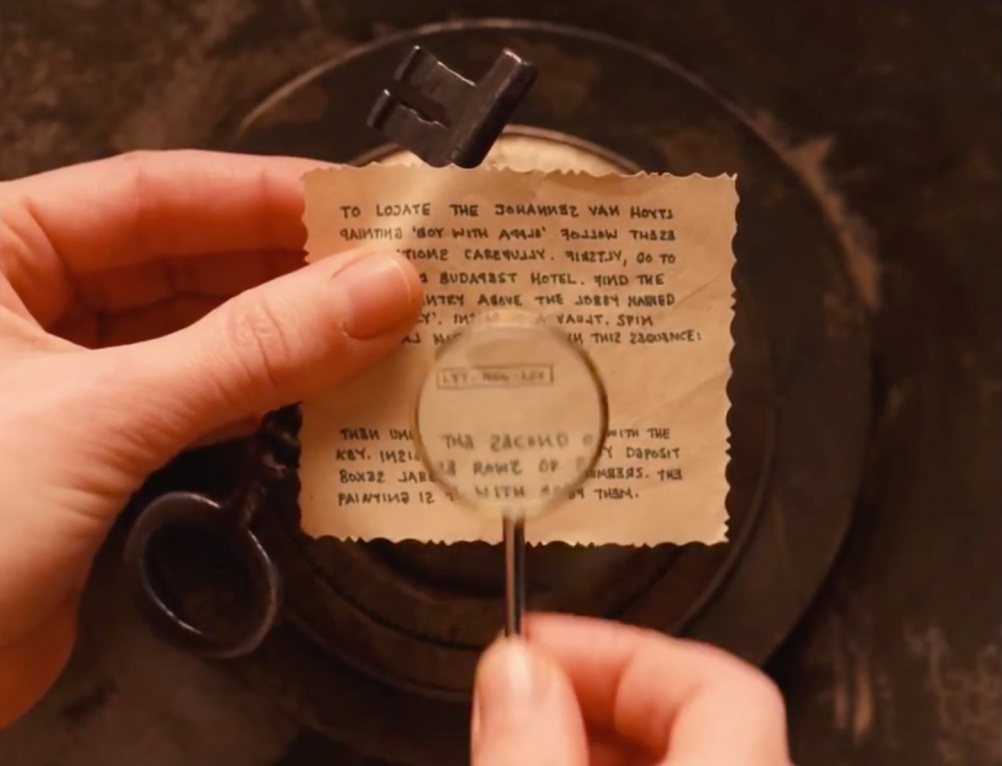 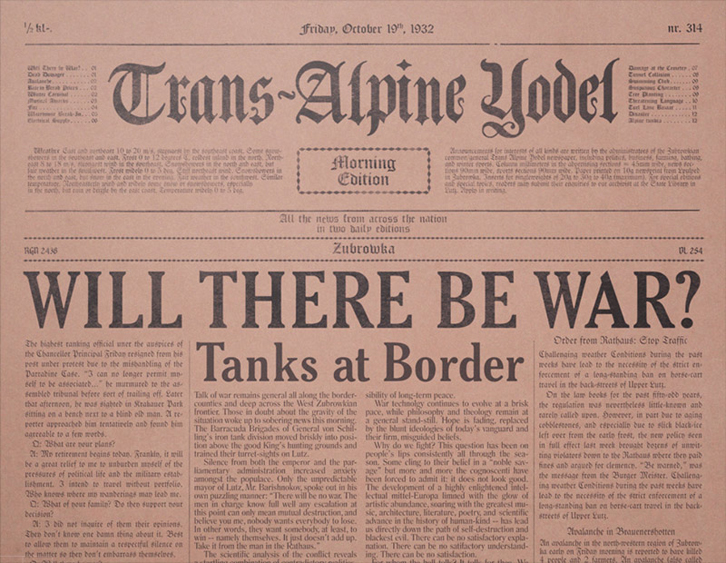 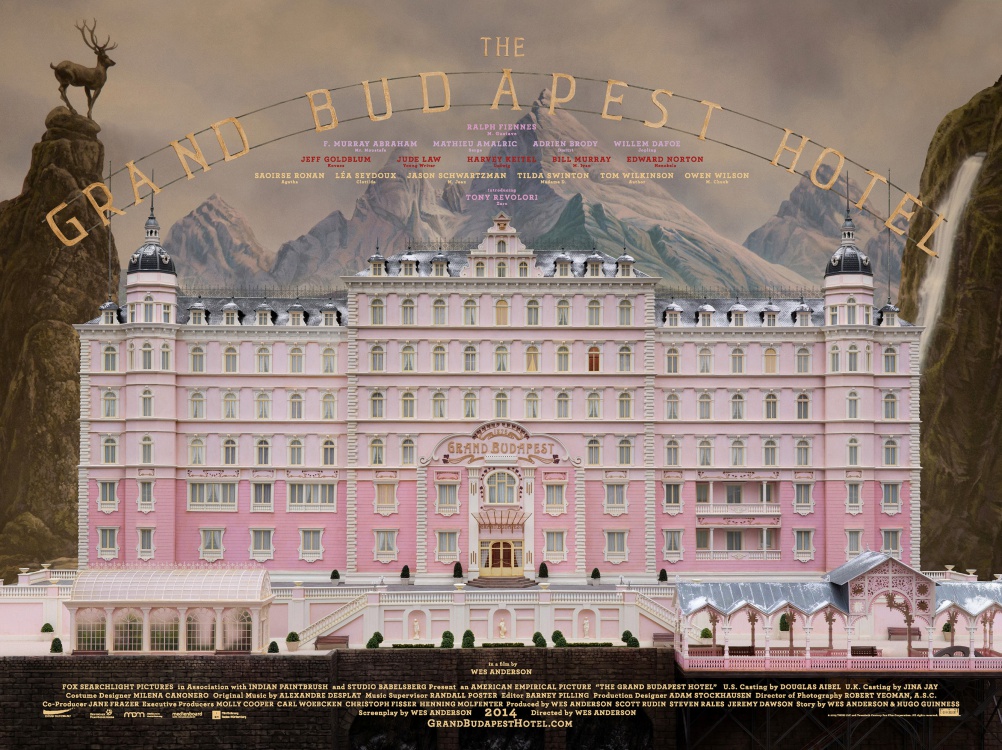 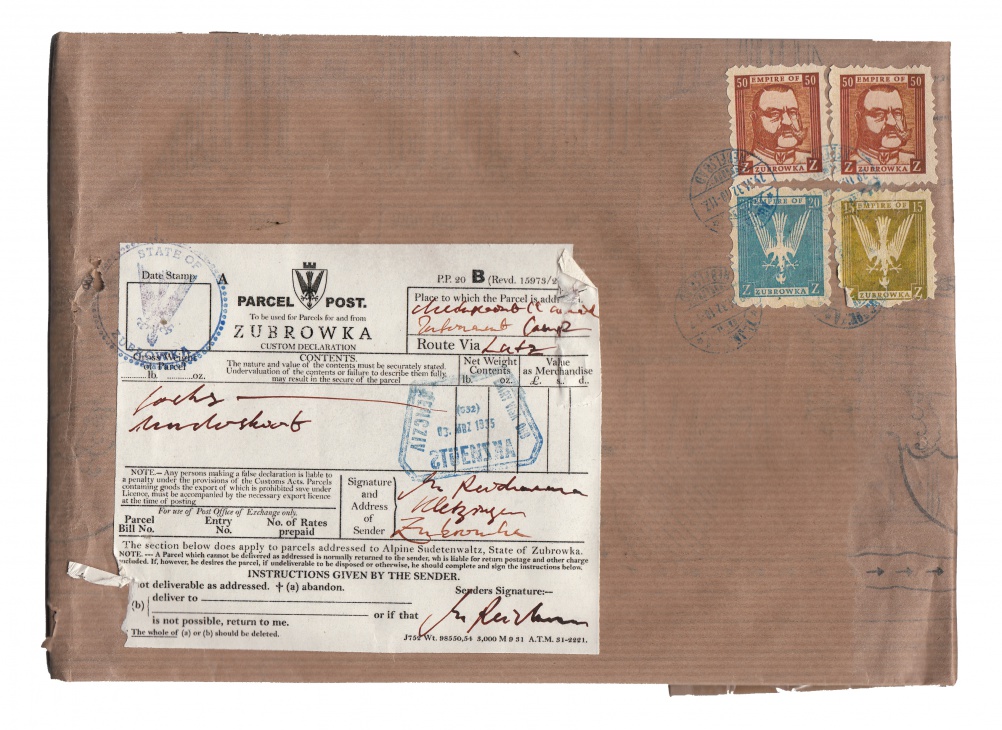 “Because of the way Wes shot the film and used the graphics, all of a sudden I started getting phone calls from journalists,” Atkins says. “I’d never experienced anything like that in my life.”

Graphics played such a part in the aesthetic of the film, that one particular prop – referred to as a “hero prop” because of its starring role – made it onto camera for an abnormally long screen time of two seconds. “That’s huge for graphic design in film,” she says.

Atkins remains modest about the small role of the graphic designer on screen, saying that it’s just a small part of how the set designers, decorators and production designers create the overall look for the movie: “I don’t want to take credit for other people’s work – the idea of the star graphic designer is such a modern thing.”

Fittingly, most of her inspiration comes from those around her, from the model-makers and draftsmen to the plasterers and set-builders. “I’m constantly going to the people I work with for advice,” she says. “A lot of the time I don’t know what the best material or method is – but I can guarantee there is somebody on that film set who will know.”

The rest of her creativity comes from studying original pieces of work itself. “I look to the work of craftspeople. And more often than not, they’re not really named so I study the design – the beautiful cigarette packaging, telegrams, and postcards – rather than the designers themselves. I love anything set in Victorian times, because the lettering and graphics are so beautiful.” 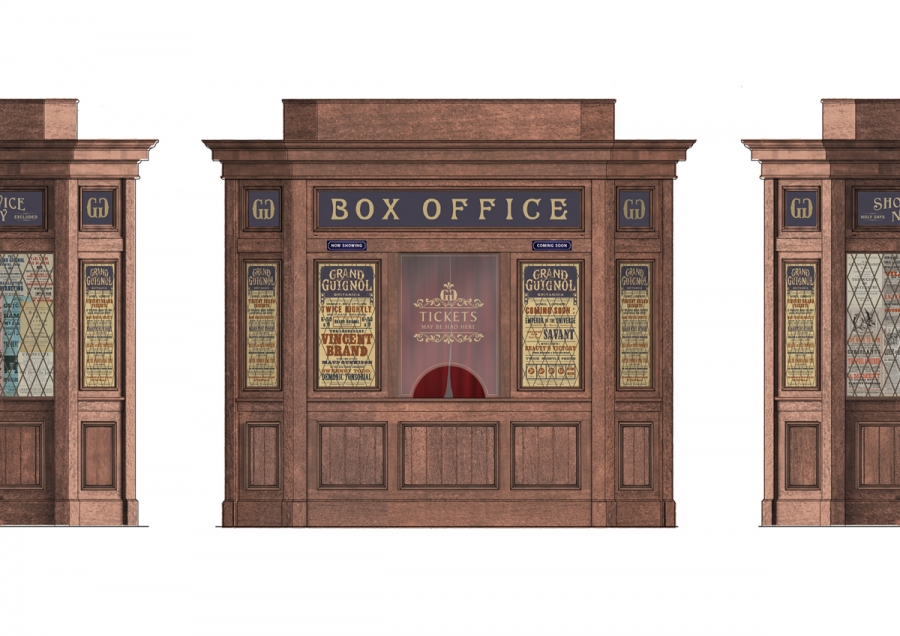 And this creativity and imagination is so important in designing for films, says Atkins, who counts Mina Lima, which worked on the graphics for Harry Potter, and Tim Burton’s aesthetic, as personal favourites. “I love children’s fantasy films for graphic design,” Atkins says, who herself worked on the graphics for children’s movie The Boxtrolls. “Like the newspapers with moving photographs in Harry Potter – it’s really fun graphics.”

Although often swallowed up in the overall aesthetic of a piece – with the odd fleeting 1.5 second limelight – graphics play an important part in helping to create that aesthetic, for actors and audience alike. While rustic newspapers, maps and confectionary packaging may be designed for the benefit of the audience, the graphics team will also create work that will never get to the cinema.

“Passports aren’t something that will ever really be on screen,” Atkins says. “It’s just something that a character has in their wallet, with the distinguishing features about them on it. It’s such a small thing, but I do think that if you can look after those little details, it will go some small way in helping the director.”

Because, as Atkins puts it, graphic design is a “tiny, tiny part” of the filmmaking process – one that she personally hadn’t considered before studying her masters course, which followed a Visual Communications degree. “I wanted to be a film maker in general – then when I studied Film Production, I discovered design for film,” she says.

The route into the niche career of screen graphic design isn’t easy. Having studied two degrees and undertaken several years working in advertising as a designer, Atkins still had to start at the bottom.

“It’s tough for people to break into, because you have to understand film and graphic design,” she says. “A lot of graphic designers who want to get into film have probably been art directors for years. Then they start in film as trainees in the art department – runners. It’s frustrating and not something an experienced designer wants to do.”

It’s a tough job, too. The standard working day is 8am to 7pm, completing on average three normal days worth of work in one day, with the odd 14-hour-day every so often to boot, Atkins says. Up to 20 copies of each graphic have to be created by hand for multiple takes of a shot – or double that if you’re working with Anderson, who’s likely to retake a scene up to 40 times, she adds. “You kind of have to say goodbye to your personal life. You’re often living in a hotel, which at first is exotic and exciting. But the reality is its really isolating.”

Alongside the hard graft, there’s also no certainty all the hard work put in will definitely be worth it. “Films costs so much money to make and there’s no guarantee that it’s going to make money back,” she says. “When you’re working on something, you just don’t know whether it’s going to be well-received or not.”

So with the long hours, unpredictability and limited glory – what is it that makes a film graphic designer love their job?

The exhilaration of working with a variety of people is one thing, which means Atkins is constantly learning new things. “It’s not just the art department you’re working with – there’s a diverse mix of people, such as builders, painters and plasterers,” she says. “Everybody’s role is so important – it’s very exciting working in that kind of environment.”

Although her work may not be the centre of the attention, the effort isn’t wasted when it goes some way to helping an actor’s characterisation. “It’s always nice when you hear back from the set,” she says. “When an actor is really pleased with the amount of detail you put into a graphic.”

And doing things by hand has helped to develop authentic design skills she never would have learned otherwise. “Most of the skills I employ today are things I’ve learnt on set,” Atkins says. “Before starting this job, I hadn’t really hand-crafted anything since being a child. Things like taking up a quill; getting my paints and pencils out; hand-binding books – I never would have done that in the advertising agency I was working in.”

Of course, 11 hours isn’t solely devoted to creating art. While a lot of the day is spent in a “production line” of stitching, gluing, folding, ripping things up, sticking them back together again, tea staining and pouring fake blood over things, there are less glamorous elements to the job too.

“A lot of the day is paperwork,” Atkins says. “Organising, planning, scheduling, ordering materials – that’s the boring bit. Then some of the day is liaising with art directors and the production designer to figure out the style and directions things will go in. Then it’s bums on seats, making stuff.”

It’s that “making” part that is so important. “It’s tempting to sit at a computer and make everything that way,” she says. “But if you’re working in a period in the past, you really have to understand the methods that were employed to make those graphics at the time, then imitate – or even better, use – them to give that authenticity.”

Considering she spends most of her life at work, it’s not surprising that she met her boyfriend – who works within the art department for films – on set two years ago too. “The other rule of film is that you end up in a relationship with somebody else who works in film,” she says. “Because nobody else would be as tolerant of that lifestyle.”

There’s normally a few months to breathe between jobs, she says, so quite sensibly, the pair takes it in turns with their projects. “We’ve actually never worked together on the same show, and I don’t think we will,” Atkins says. “I’m not on a show right now but he’s just started one in Dublin.” 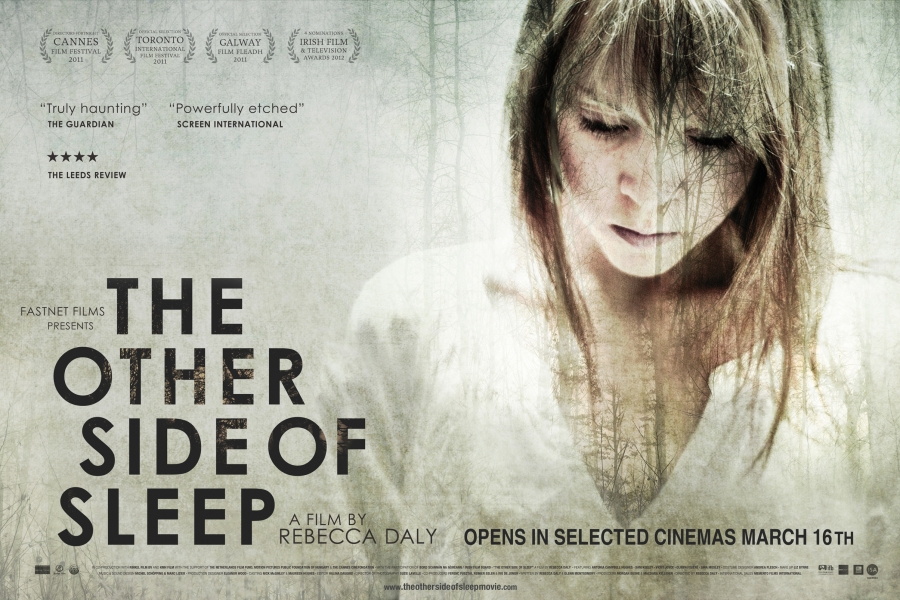 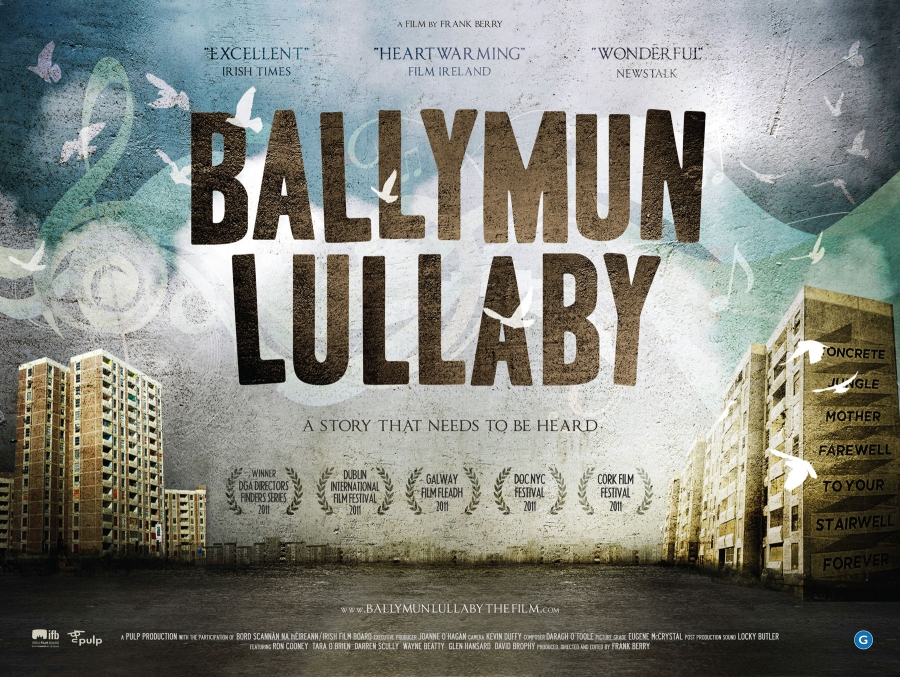 Her ambition for this year is to take it down a notch, travel less and work on more projects at home. “I’d like to work more in Dublin,” she says. “It was fine in my twenties – it was thrilling. But now I’m 35, I want to have a social and family life, and I’d like to have kids.”

With this philosophy in mind, Atkins has taken up her first job creating graphics for a PlayStation game, which will allow her to work from her own studio. She’s also just finished worked on Steven Spielberg’s new movie Bridge of Spies, and has a few other film projects in the pipeline (“I can’t tell you what,” she says. “The golden rule is that you don’t start talking about a job until the camera rolls over”) – so regardless of her new outlook, she’s bound to be busy.

But why would she stop when, although insistent that her role plays a small part in the process, she’s helping to create a world that an audience can get lost in? “It’s really important to get graphics right,” she says. “When they look a bit wrong, they can jilt the audience out of believing they’re immersed in a story. Sure, things like having to make multiple copies of a graphic is frustrating, but in the grand scheme of things, the world you’re working in so exhilarating, it doesn’t really matter. It makes all those little things worth it.”

We spoke to Annie Atkins at this year’s Offset festival.

How can museums use design to better connect with their audiences?