Pentagram partner and sound designer Yuri Suzuki has designed the Easy Record Maker in collaboration with Gakken, a Japanese publishing and toy company.

The machine comes with ten blank five-inch discs. You can plug in the audio source from any device, such as a computer or phone and then “engrave sound directly from the recording stylus,” Suzuki tells Design Week. You can then instantly playback sound using the tone arm and in-built speaker. 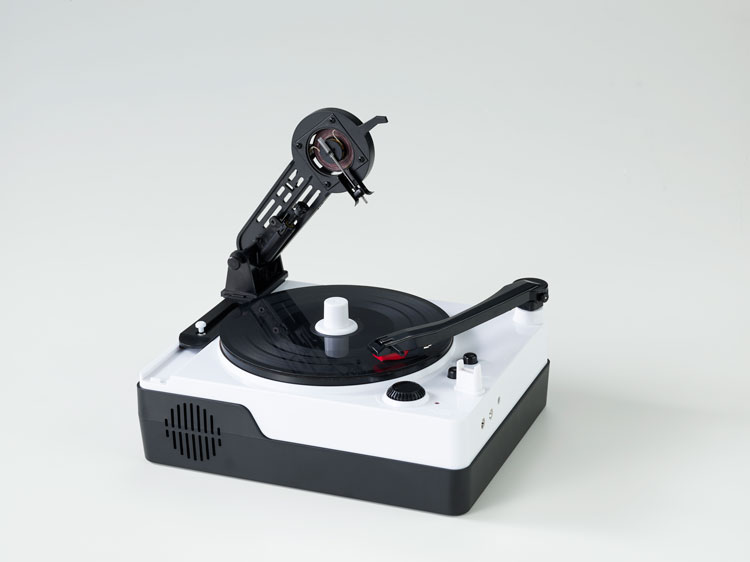 While record players and records have had a resurgence in recent years, the experience of making your own record in this way will be a new experience to most people.

“I wanted to create a machine that makes it easy and cheap to create your own bespoke record without pressing a whole batch,” the designer says.

“Vinyl has more value than other media, in my opinion” 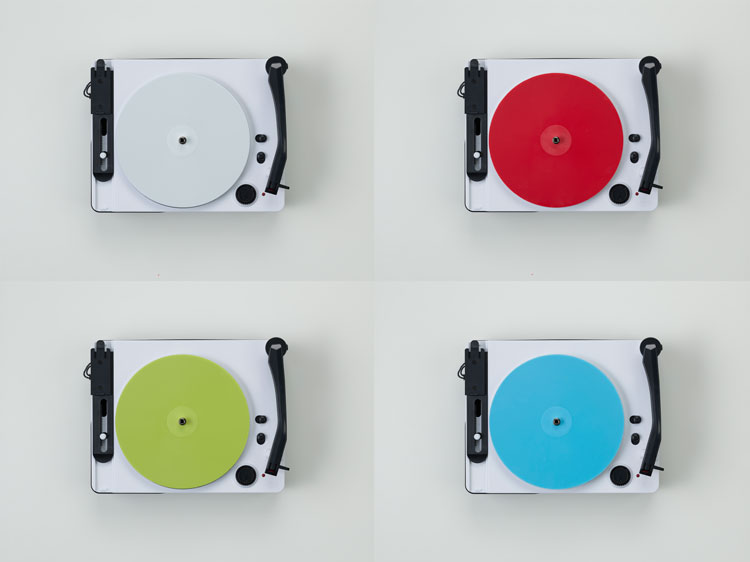 The machine taps into a “value” people attach to vinyl records. “Vinyl has more value than other media, in my opinion,” Suzuki says. “Recording your voice message or your music onto bespoke vinyl and sending it to someone feels very special and is more valuable (and long-lasting) than just sending a voice message on WhatsApp.”

It might also seem even more valuable during the coronavirus lockdown, where “internet-based telecommunication has become the primary way of talking to other people”. 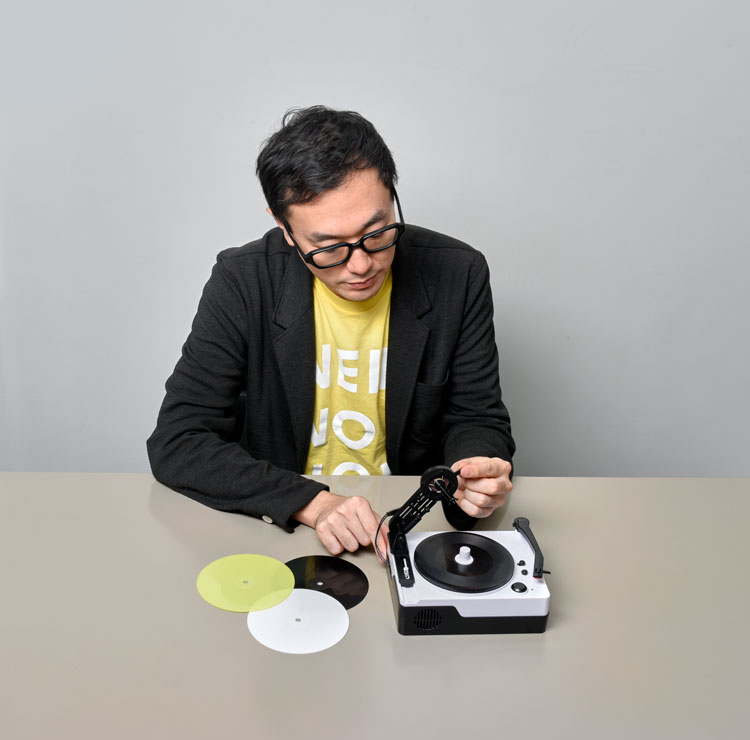 “This could be an alternative way to communicate with friends and families,” he adds. The machine is portable which “opens up a lot of possibilities” according to Suzuki. He describes the sound as “lo-fi”.

“This device is my teenage dream machine” 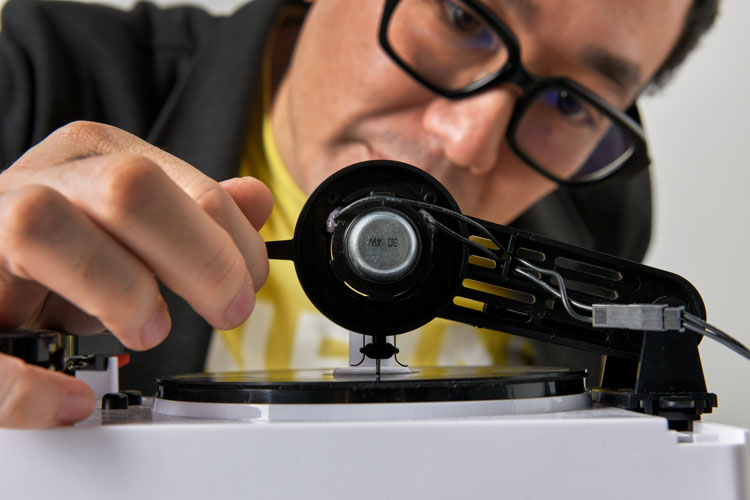 For Suzuki, the project also has a personal appeal.

“When I was a high school student, I was in a punk band – my friends and I always dreamed of pressing a record, but we knew how expensive it was,” he explains. “Personally this device is my teenage dream machine!”

You can also design your own label and sleeves, which is another “platform to express yourself”, Suzuki adds. 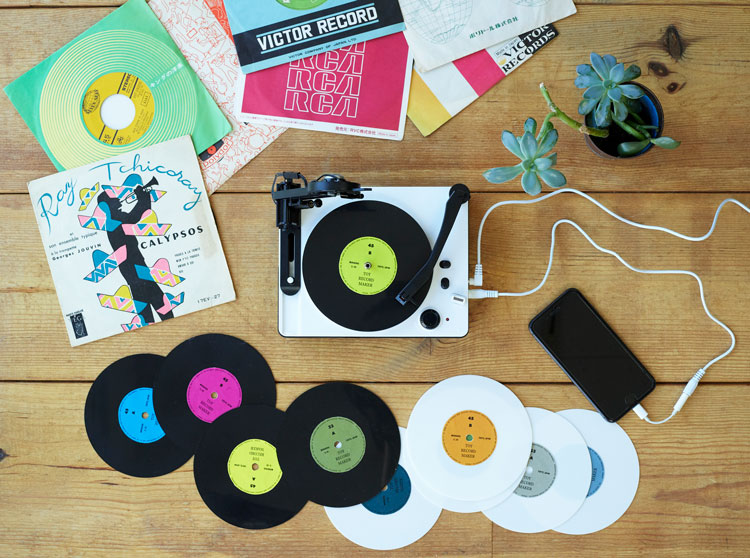 “If we lost electricity in the future, we could still playback the sound” 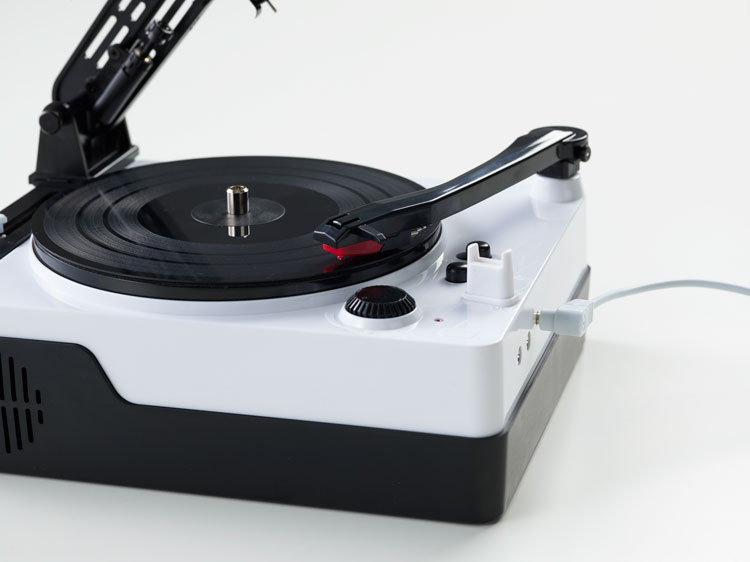 Suzuki says that he has been working on the record and vinyl as a material for a while, and the analogue elements of the medium has a special appeal.

He says: “Vinyl records are the only physical recorded media. If we lost electricity in the future, we could still playback the sound mechanically.

“With music media like CDs, cassette tapes, open reel, mp3, WAV and Flac, it’s possible to make copies by yourself at home, but there’s no easy way to create a bespoke record.”

The Easy Record Maker can be bought in Japan now, and will be made available in the UK and US later this year.

“Vinyl has definitely come back” 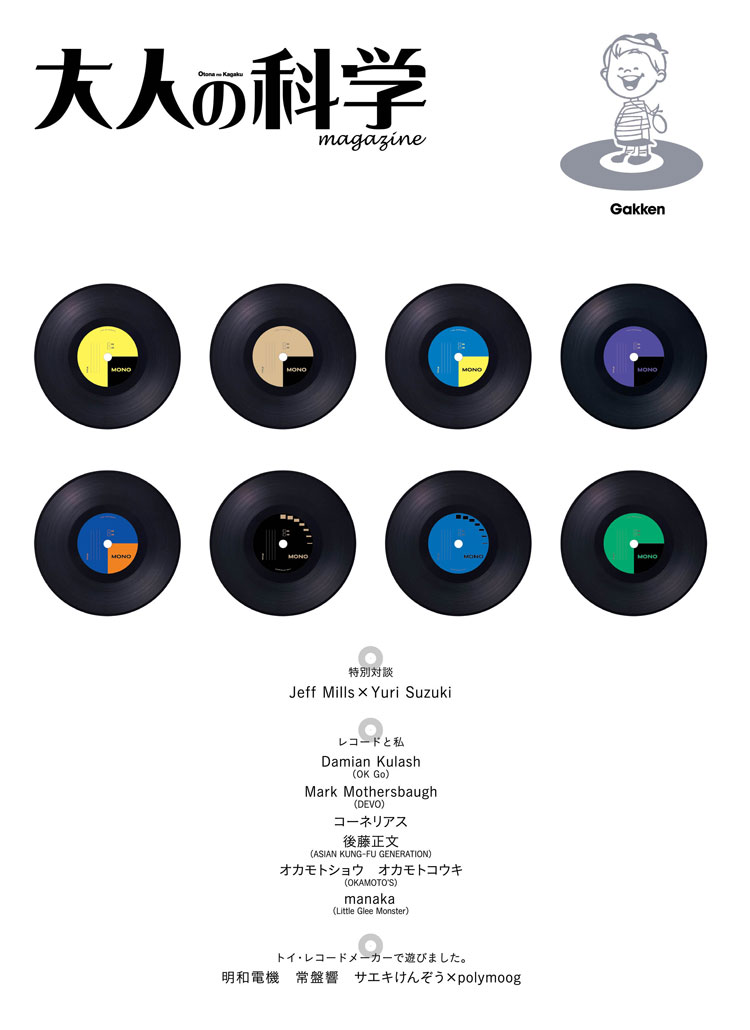 The product launch is a coming-together of trends in music-consumption. “Although people mainly listen and distribute music through streaming, we can see that the demand for record pressing has rocketed in the past decade and the fascination with records and vinyl has definitely come back,” Suzuki says.

Last year, he talked to Design Week about sound design’s big moment, in conjunction with a career retrospective at the Design Museum.

Latest: a guide to the online resources for designers during coronavirus