The launch coincides with the theatre’s Autumn/Winter programme of productions, and aims to celebrate the Royal Exchange as an iconic Manchester institution. 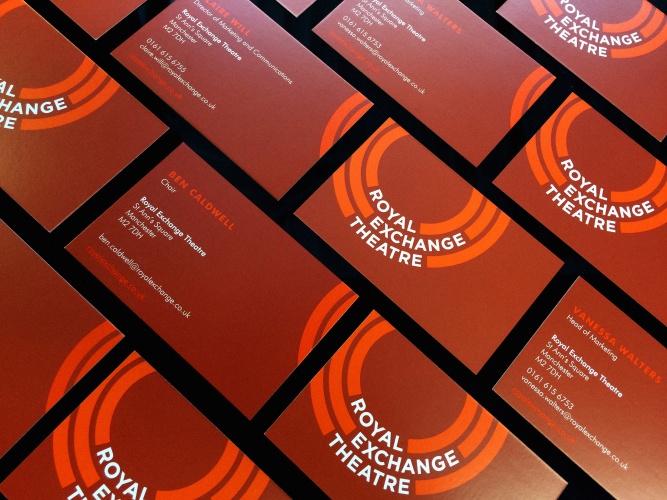 Cheetham Bell began working on the rebrand seven months ago.

The new logo includes three concentric circles with a red colour palette, and a bold, white typeface, which was inspired by the theatre’s interior “round space” and the “centrifugal” energy of Manchester’s industrial past.

Cheetham Bell’s head of design Tony Perry says: “The logo has been designed to work flexibly in a number of ways – both positionally and in terms of colour use. We’ve created a visual identity that uses a bold, colourful photographic style married with simple typography.” 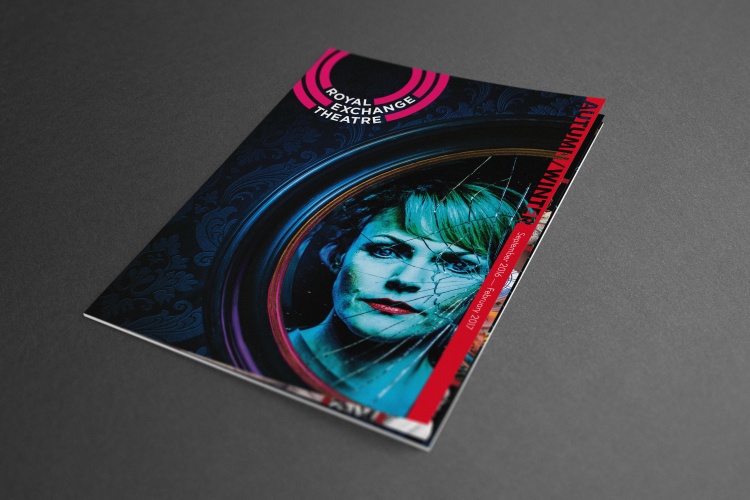 This concentric identity is also present across the theatre’s other visual communications, including their new brochure, which features a corresponding, circular image of the actress Maxine Peake.

The new season photography was produced in collaboration with Manchester photographer Jonathan Oakes.

Perry says: “There was a desire to create a consistent visual language across the theatre’s communications as they felt it had become fragmented over the years.”

The Royal Exchange Theatre’s Autumn/Winter season debuts this September, and the branding is displayed throughout their product, print and online applications. 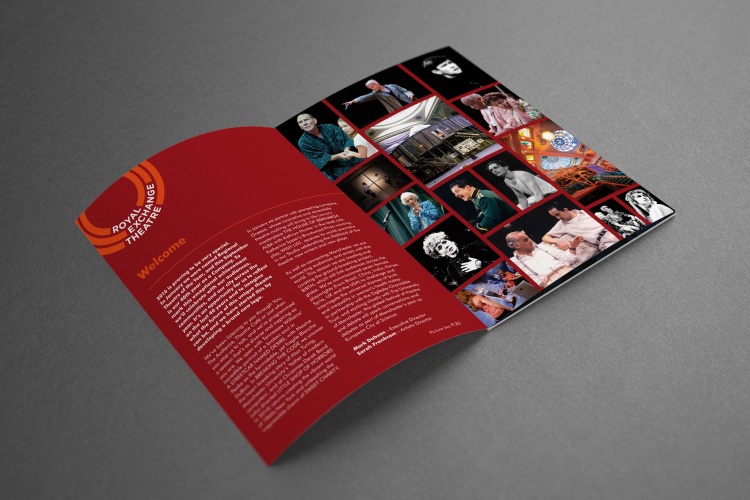