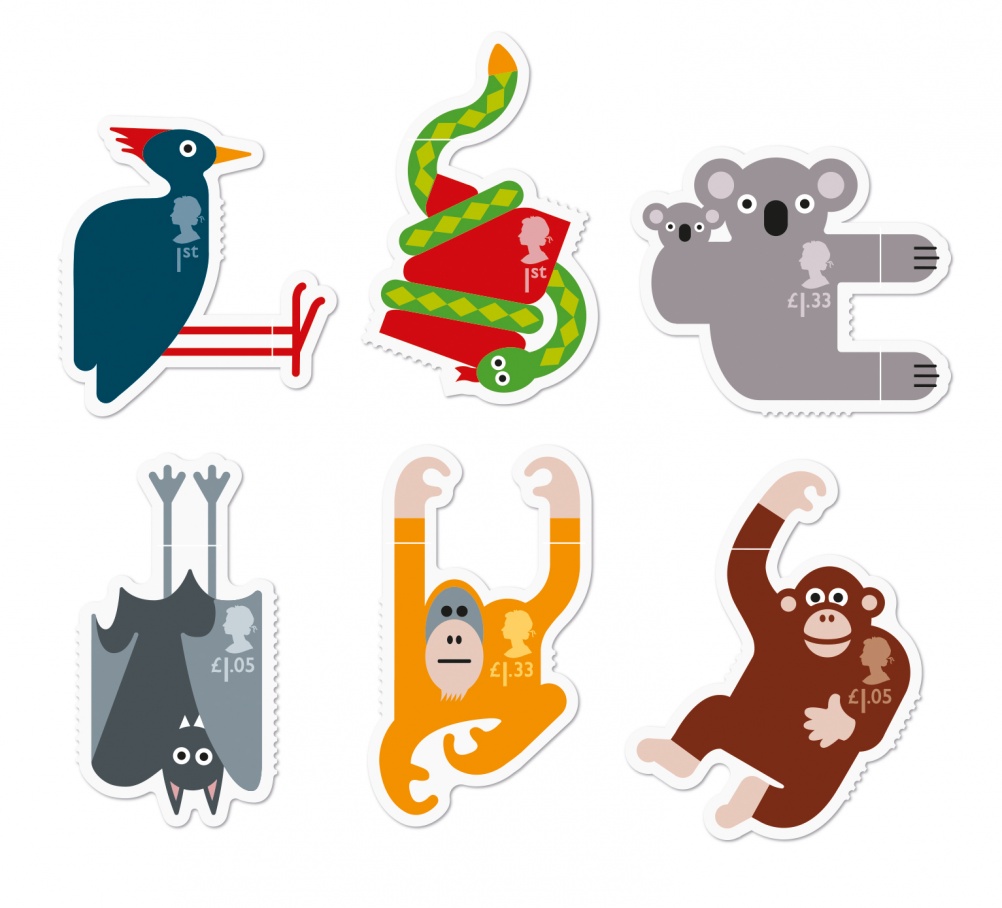 Royal Mail has released a new animal stamp series to appeal to children, which breaks away from the usual prescriptive rectangular format.

The Animail series has been designed by consultancy Osborne Ross, and is made up of six animal stamps, including a woodpecker, snake, chimpanzee, bat, orangutan and koala bear.

The aim was to create a “colourful and characterful” set of stamps which use a range of shapes and colours, but still have a consistent style, says Royal Mail.

Animals cling to edge of envelope

The hands and feet of the adhesive animals are foldable, meaning they can bend over the edge of the envelope, giving the impression that the animal is “holding on” to the edge, says Andrew Ross, co-founder at Osborne Ross.

He says: “We were asked to design stamps that were fun, attractive to children and unlike anything that had been done before. We liked the idea of taking something flat and giving it personality and bringing it alive by putting a simple fold in it.”

For everybody “whether you are six or 60”

The stamps abandon the regular rectangle stamp shape, but still had to adhere to certain technical requirements in their design, such as the ability to be read by Royal Mail’s sorting machines.

Ross says: “This was an exciting challenge and one which shows the continued importance that the Royal Mail places on design.”

The stamps are primarily aimed at children but are also intended to appeal to everybody, “whether you are six or 60”, says Royal Mail, by “brightening up letters and cards” and “adding more fun to sending and receiving post”.

The stamps are available to buy today from Royal Mail’s website or in-store at Post Offices across the UK. 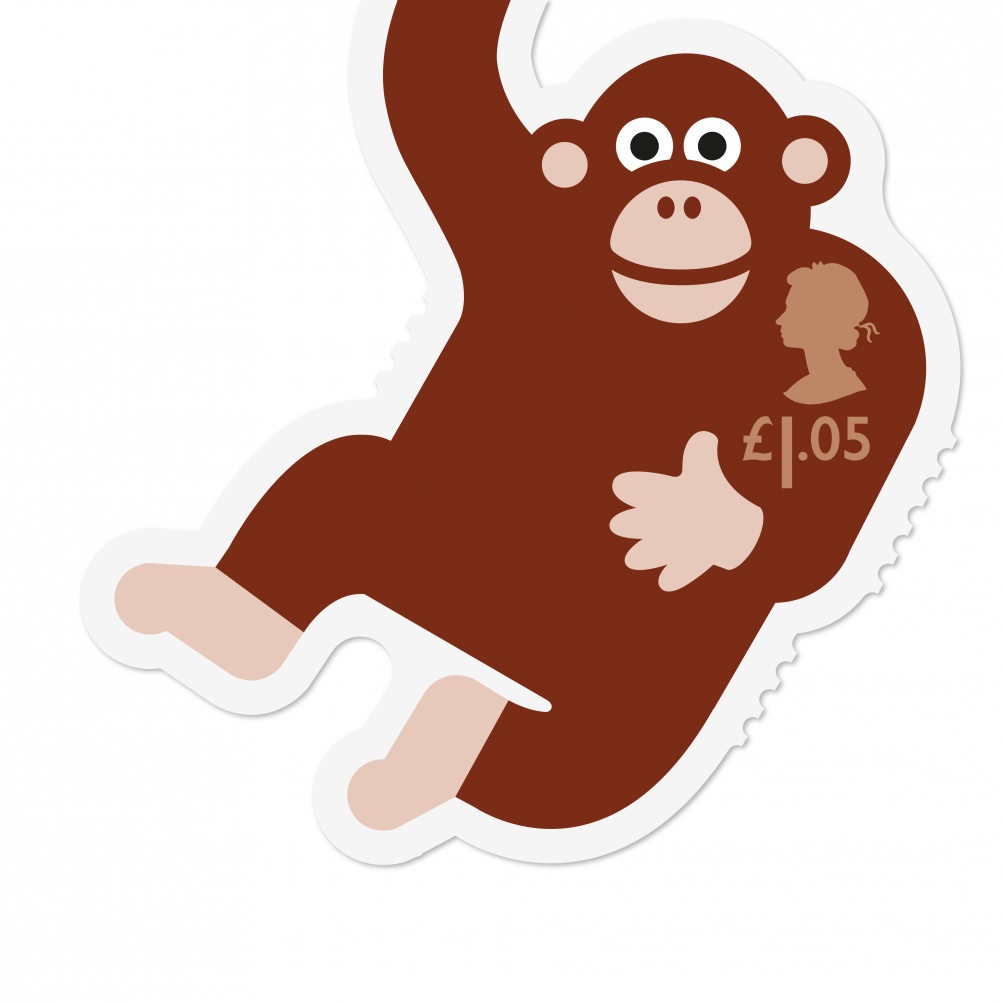 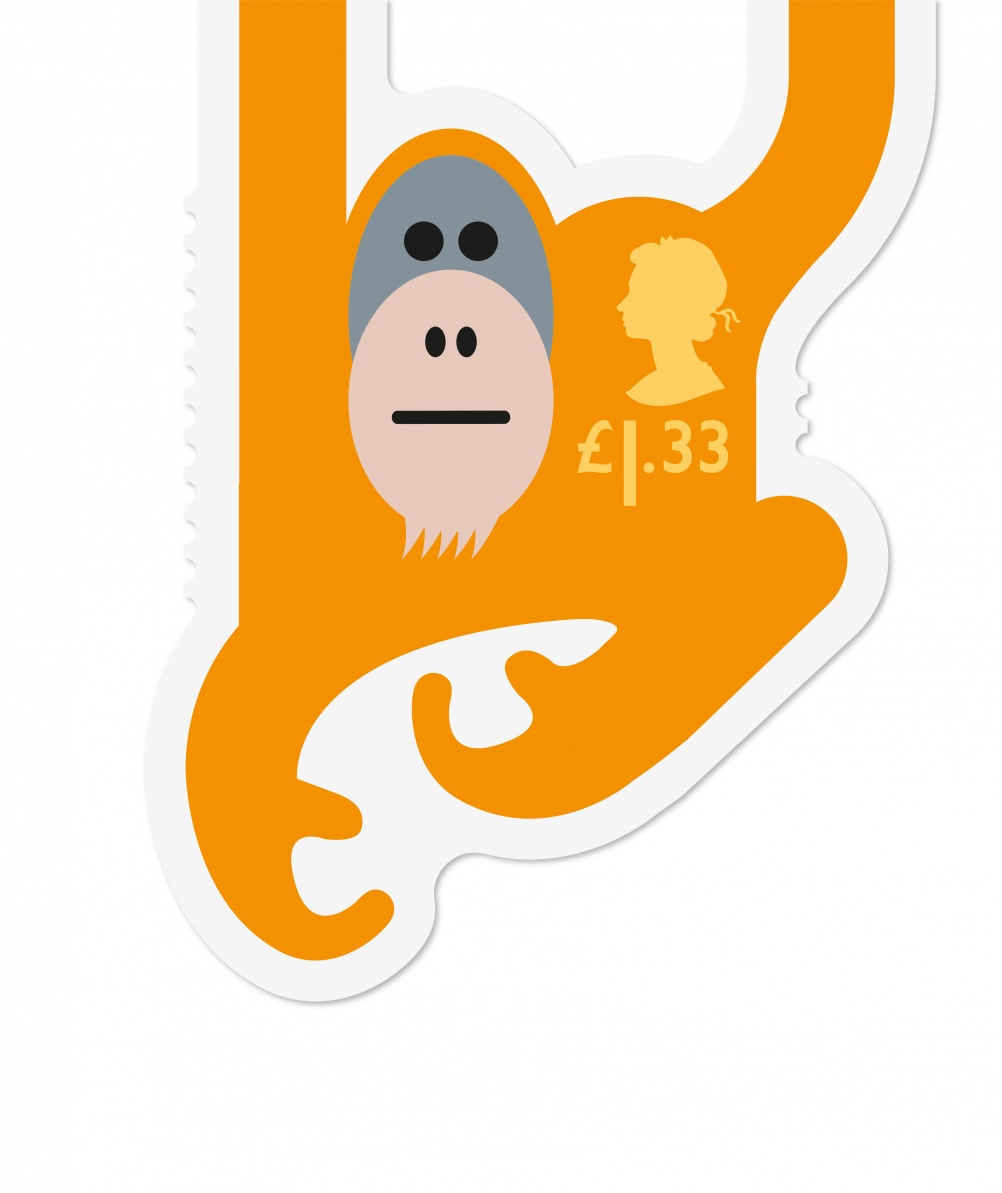 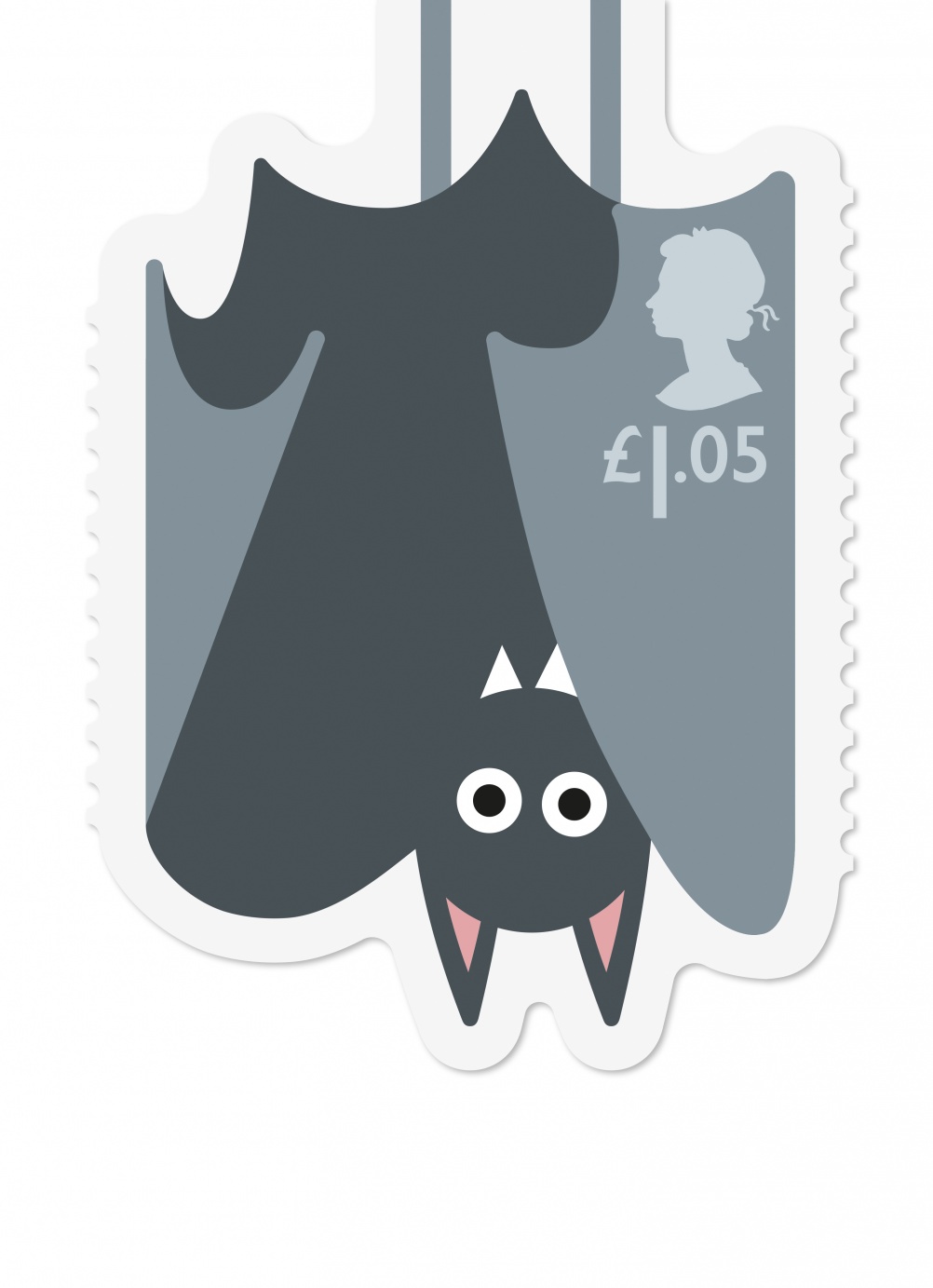 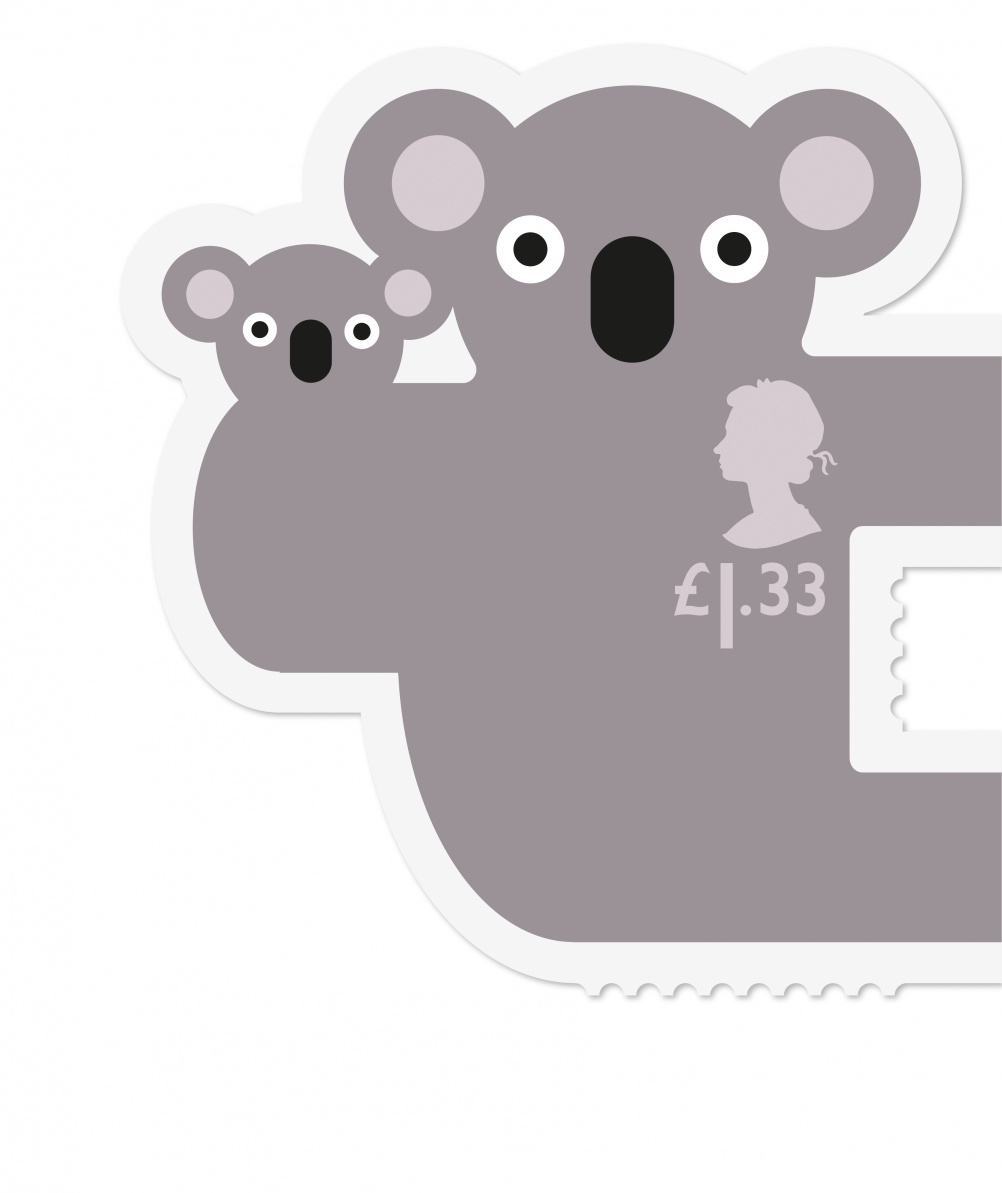 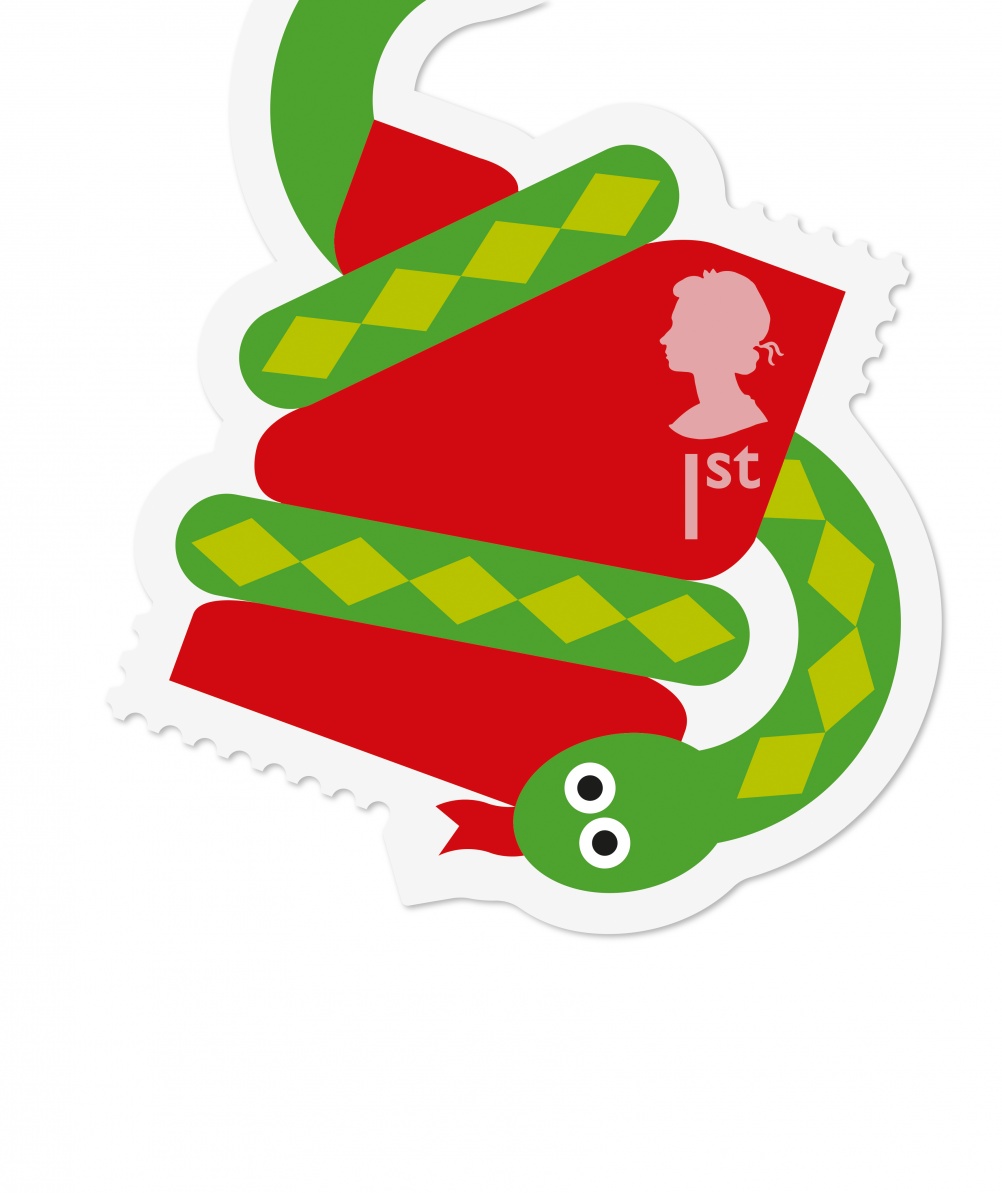 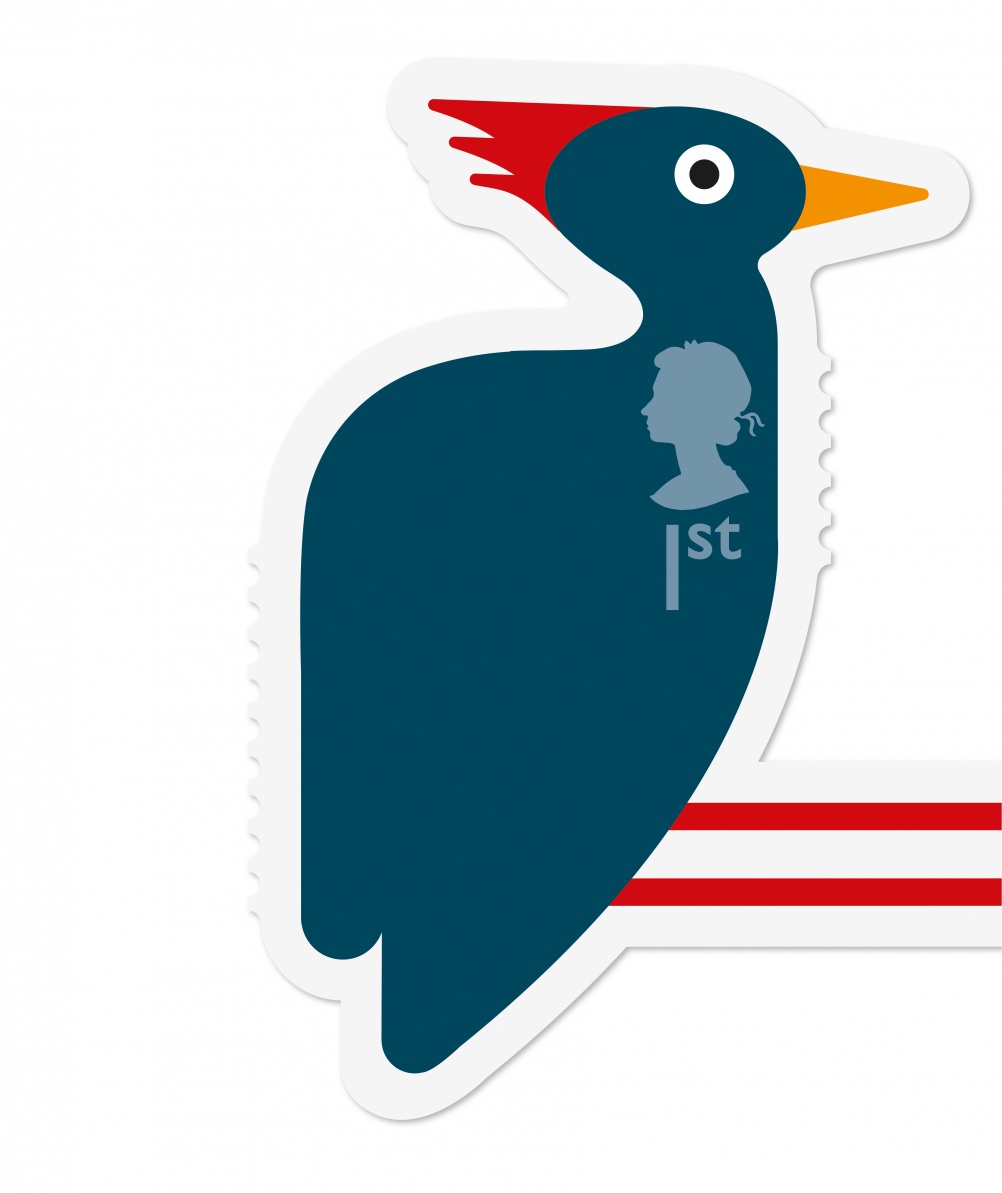