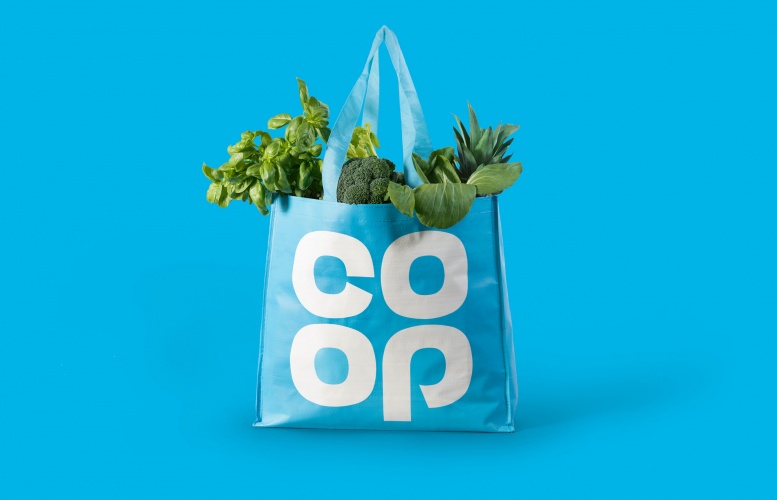 If you carry out a quick Google search for “famous graphic designers”, you are greeted with a scrolling image feed featuring the likes of Alan Fletcher, Paula Scher, Peter Saville and many more. Swap the term “graphic designers” for “service designers” however, and the search engine draws a complete blank, even suggesting to autocorrect “service” to “surface”.

This can be put down to the fact that service design is much more of a “team sport”, says Lawrence Kitson, a service designer in the Co-op’s digital team. “Designing services is complex with multiple touchpoints. No one person can do or know this alone,” he adds.

The discipline is based around carrying out a service; in other words something that is used rather than owned. Instead of a physical product, the design element involves shaping a holistic experience so that it can help someone to do something more easily. In short, “a product exists” while “a service lives”, says Kitson.

Takes you on a journey

The concept behind service design is not new, but it has become much more commonplace over the last few years. This is particularly apparent when you consider the greater focus on digital services by companies and public bodies – from the advent of Uber meaning that we now all book taxis via a smartphone app, to switching from registering to vote by post to using the Gov.uk website, which was created by the Government Digital Service (GDS).

Kitson has been working as a service designer and product manager at the Co-op’s Manchester headquarters since 2016. Previously, he worked for London-based consultancy Ustwo, heading up interaction and service design on projects such as the original Barclays Pingit banking app, and prior to that as an interaction designer at telecommunications company Sony Ericsson.

Kitson equates a good piece of service design to a well-thought-out “transport system” like the London Underground “taking you on a journey”, and cites the Co-op’s overhaul of its Funeralcare business over the course of the past year as a good example of this.

The company is the UK’s largest funeral business, arranging more than 90,000 funerals every year, according to the Co-op. The digital team was tasked with redesigning the care service in August 2016. Its main aim was to simplify administrative procedures and give back more time to funeral directors to spend with clients – otherwise known as the relatives of the recently deceased. In short, their brief was to create “a simple, thoughtful funeral arrangement service that lets our staff spend more time face-to-face with clients, and less time filling in paper forms,” says Kitson. The process was complicated by the fact that there are “a lot of different touchpoints between someone’s relative dying and them being satisfied with the service they’ve been given,” he adds.

Over the last year, working together with staff on the ground such as funeral directors, ambulance staff, call handlers and funeral home managers, the digital team has implemented a number of new features. These include a “first call” service that logs details of a death and automatically alerts an ambulance team by text to take the deceased into its care, and a funeral arrangement service that captures the client’s decisions, the costs, and keeps colleagues in various locations from funeral homes and the central care centre updated. A year on, a beta version of the digital service has been successfully trialed in Bolton and Edinburgh. It is expected to be live in four regions of the UK before Christmas, and will then be rolled out to the rest of the country during 2018.

So while individual service designers like Kitson may not be making it to the top of Google search pages anytime soon, he argues that they can take solace in the fact that they are bringing their skills and expertise together to work towards a greater, collective goal. “Service design moves from my ability to design a solution, to our ability as an entire organisation to design,” says Kitson.

Lawrence Kitson was speaking at Design Manchester festival’s annual conference, which took place on 13 October 2017. For more information, visit the festival’s site. Read our round-up of the festival here.