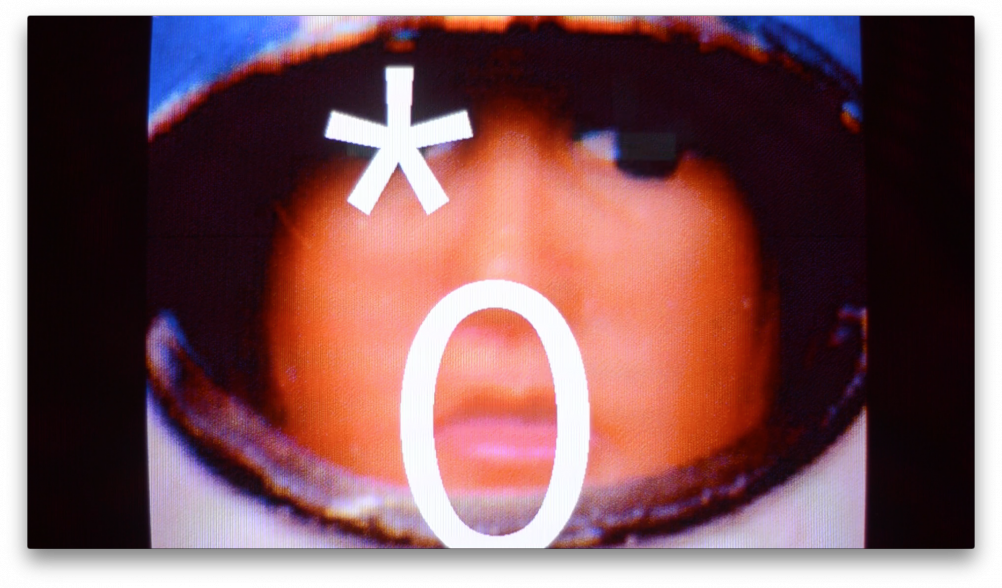 Design Week: How did Antirom first form and how did you get involved?

Nicolas Roope: The group was formed at Westminster University by a number of media students and their tutor Andy Cameron. A larger group of collaborators joined to create the Antirom disc and then went on to establish the commercial company a year later.

DW: What was your agenda and what were you aiming to do?

NR: Multimedia had really just need born and everyone seemed to have already decided what it was already. We believed (still believe) that play and experimentation is critical to sensing a media’s true nature, rather than just a convenient, imposed view of it. Antirom was a collection of interactive sketches that started to ask simple questions, pose ideas that suggested new kinds of rewarding experiences specific to the media, not borrowed formats from elsewhere. Not a story, or a game, or a magazine, or a film, but something specific and distinct, something that needed to be teased out by quickly forming, testing, playing, iterating and watching how people approached it, used it and experienced it. It’s interesting that the spirit of our approach 20 years ago has become mainstream with the burgeoning fashion for prototyping, piloting, minimum viable product, version testing etc. 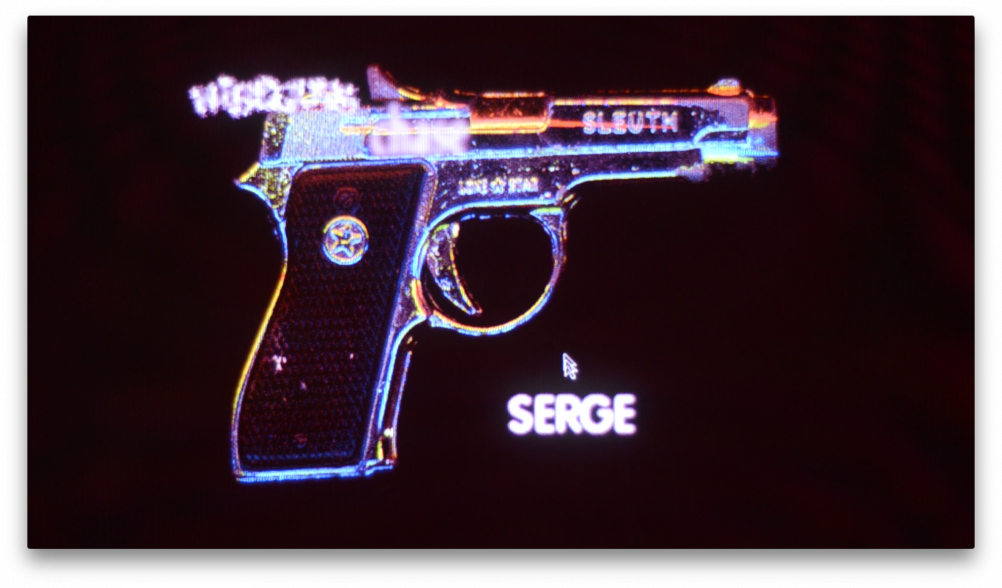 DW: The collective is known for its flat hierarchical structure and iterative design process. How did this work in practise?

NR: For the arts projects it was pretty straightforward. We submitted work which was integrated into a standard framework. The disc had a serendipitous interface, meaning you couldn’t determine which thing you saw next, you were served a piece randomly. The only thing you could determine was when to quit (when your cursor hit the bottom of the screen it would turn into a bomb). When we turned the collective into a commercial entity things became a little more complex. Money always makes things more complex. We shared a building and an ethos with Tomato and we aped their model, having no fixed salaries, project teams with no boss, no hierarchy, deciding instead to divvy up spoils on projects depending on respective input. It was tense but it worked, kind of.

DW: How did you balance your experimental and research work with client work, and how did they affect each other?

NR: Because of the way we paid ourselves, we had lucrative bursts of client work followed by periods of downtime where we could run our own experimental projects that could in turn lead to more paid projects and had a generally positive effect on our reputation and position. It was down to individuals and teams to run these themselves, but clusters of interest formed and interesting ideas continued to form over the three years the group worked together. I was very interested in the performance aspect of fusing music, sound, visuals and performance into multi-sensory applications, geared for performance. I worked together with a group within Antirom who developed the show elements and performed them around the world.

DW: Did you think at the time about your legacy and what that might be?

NR: Because we were doing something radical in this emergent moment for the medium, we knew it would leave a mark. That said, because the context of the time is so hard to grasp and the project itself is now so difficult to experience, our influence is harder to see. That’s why we’re putting an event together for the 20-year anniversary. To get some of the founders together to shed light on the context of the time and to reflect on its influence and learnings, particularly those that still apply today, even though on the surface things seem to have progressed enormously.

DW: Which piece of Antirom work do you think has had the most impact on interactive design today?

NR: The biggest thing I think we helped shape was the idea that a digital interface is a place, is a context in itself and didn’t need referenced and props to make it make sense (e.g. a little television surrounding a video to help people feel comfortable and oriented about seeing a piece of video on a computer screen.) I think we helped the industry to realise that the inherent feedback present in (well-designed) interactive experiences and systems gives users orientation which in turn lets you get rid of the props and constraints of borrowed metaphors. You can see this thinking a lot in OS’s, MS Metro and MAC OS where famously (and recently) skeuomorphism was dropped in favour of flatter reference-less graphical interface. Digital is a place like paper is a place and we helped people stop being anxious about the apparent lack of context. 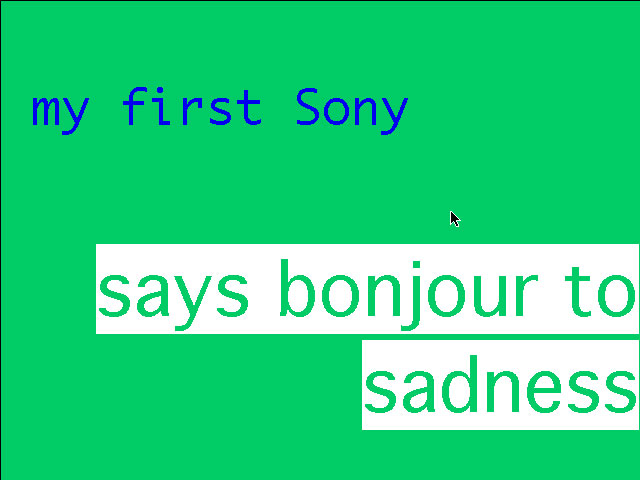 DW: And can you think of one piece that still hasn’t been picked up on or developed properly?

NR: I would love to pick the performance concept up again. We’re still seeing preformed music with preordained visuals in a live situation. I would love to develop the idea of multi-sensory, live ‘instruments’ further as I still think it’s going to be a huge form in the future (more and more is happening to suggest this).

DW: The original Antirom CD is now pretty much unplayable – do you think it would ever become widely available again?

NR: The answer lies in the hands of the global community. The disc is digital and remains intact, however the platforms for experiencing it and distributing it have all changed and these have led to its disappearance. There are so many projects laying hidden now that leave a huge blind spot in our collective history. Do we want to experience them again to understand where we came from? It’s like we’re walking around an art gallery and the 20th century is missing and we’re wondering how we got from some pretty sunflowers to a shark in a tank of formaldehyde! 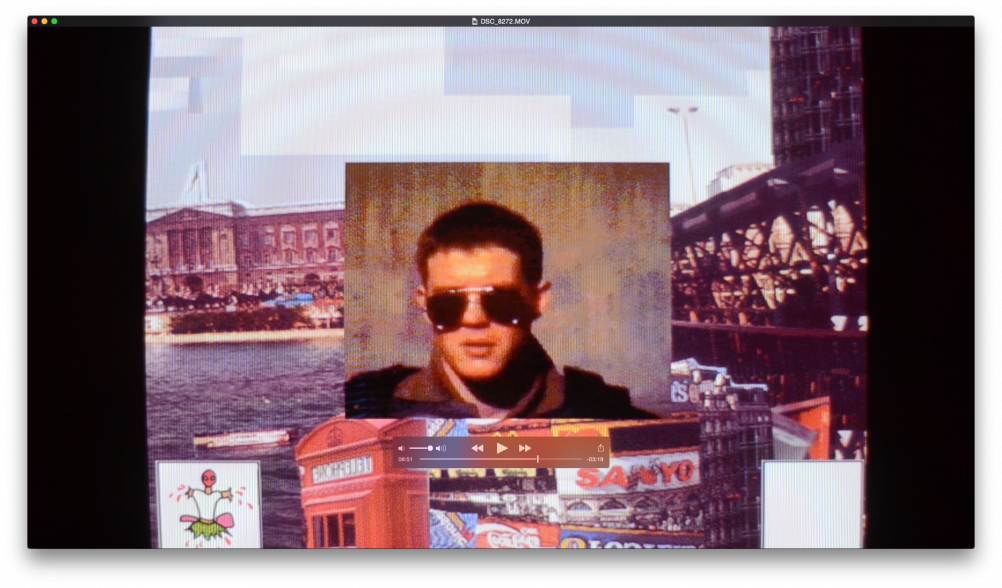 A series of events is being held on 27 and 28 February to mark the 20th anniversary of Antirom. You can find out more here.