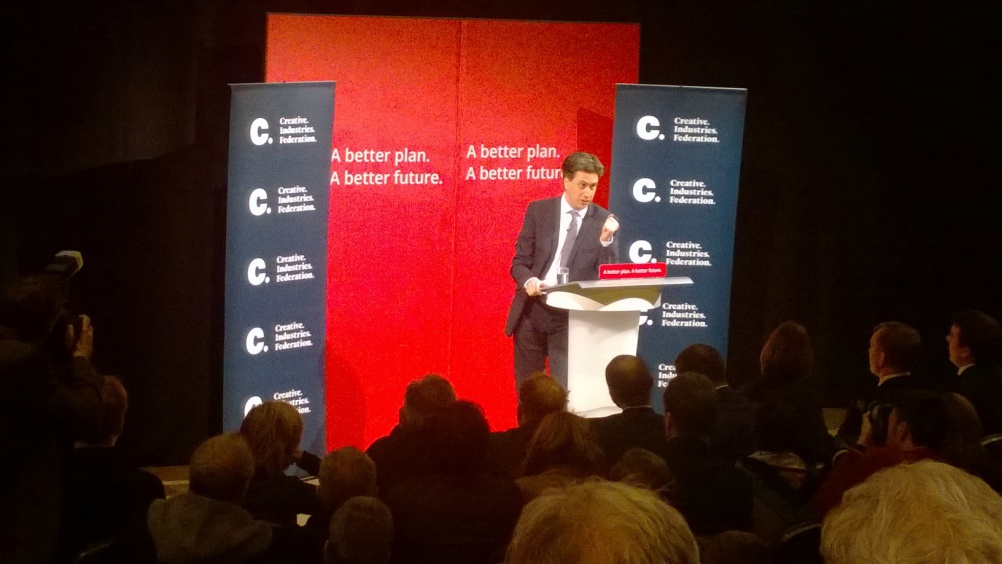 Labour leader Ed Miliband says his party will put art and creativity “at the heart” of Government if they win at the next General Election.

Speaking at an event organised by the Creative Industries Federation, Miliband said: “The importance of art and culture goes far beyond pounds and pence – it defines our character as a nation.”

The Labour leader promised that if he were elected as Prime Minister in May, he would establish a committee for art, culture and creativity that would report directly to him. This would comprise practitioners and decision-makers from across the country.

He said: “The reason for setting up this committee is that we have to reflect arts and culture in every department.

“If Government thinks that the Prime Minister cares about this issue then Government will do something about it.”

Referring to Science, Technology, Engineering and Mathematics subjects he said: “We will succeed in future with STEAM, not just STEM.”

Miliband also said that a Labour Government would encourage every school to identify a “cultural champion”, who would connect the school to local cultural organisations.

Speaking to a crowd at Battersea Arts Centre that included figures such as Anish Kapoor, Rory Bremner and Bonnie Greer, Miliband said he was making a “binding” promise, adding: “Put my feet to the fire on this.”

Design Week has asked all the major political parties – the Conservatives, Labour, the Liberal Democrats, the Green Party and the UK Independence Party – what they would do for the design industry if they won at the next General Election. You can read their responses here.