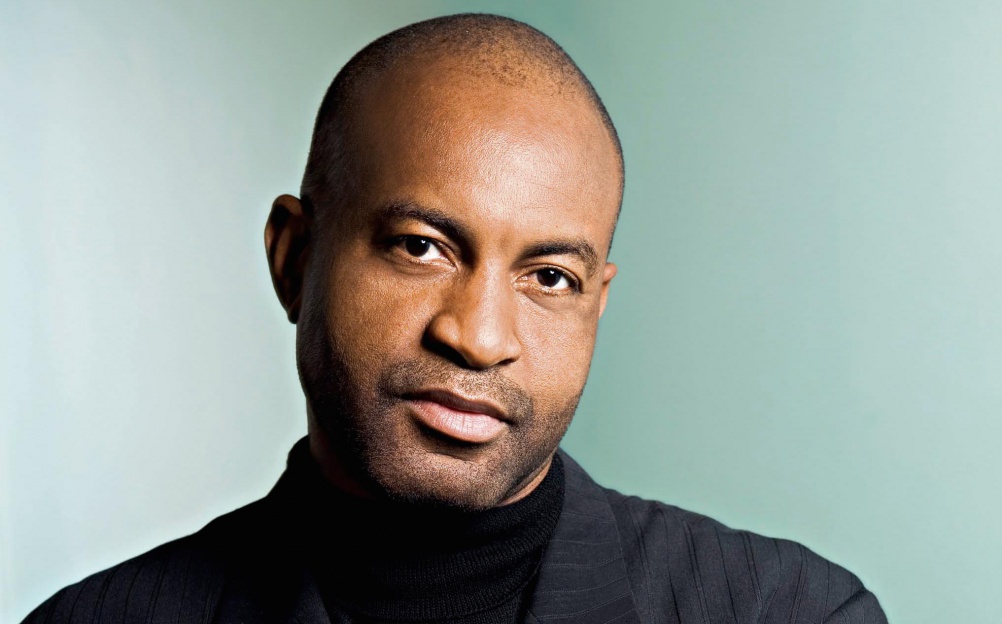 I’m a southern boy to the core. Born and raised in Macon, Georgia, the home of such musical greats as Little Richard, Otis Redding, Lena Horne and the Allman Brothers Band. As a kid I always loved to draw and got a lot of encouragement from my community and schools. My first dream was to become an architect, but quickly abandoned that idea because maths was not my favourite subject. So I concentrated on the fine art side of things. I had no idea there was an industry called advertising.

How did you get started in the advertising industry?

I graduated from Kent State University with a BFA degree in Graphic Design. Since most design shops were small without many positions open my break came when hired by a San Diego, CA ad agency as a production designer. Which later turned into an art director’s role and my ad career was born. You can see more at by website and my profile on LinkedIn.

There’s a few. The first was being born black. The second access and just lacking or knowing anyone or anything about it. This was amplified even more since I am a minority. African Americans were hardly represented in any roles in agencies, especially in the creative department. So there was this need to go hard 24/7. But with a strong work ethic, mentors and faith I’ve made a pretty good go at it so far. But make no mistake, the challenges are still there and always will be.

Who and what are your greatest inspirations and influences?

Being black and proud has always been my inspiration. But the primary foundation will always be my parents. My father, a welder helper and my mom, a domestic worker. They gave me great values and support that gave me the ability to believe in myself. One winter day my father once came home, cold and dirty from a hard day’s work. He looked at me and said: “Son, do good in school so you can get a job working inside.” I never forgot that.

What is your best piece of work or project you are most proud of?

Well hopefully I haven’t done it yet. But a pro-bono work I did for the Underground Railroad Freedom Center in Cincinnati, Ohio some years ago rises to the top. Its mission is to abolish modern day slavery and oppression around the world.

My dream project would be to open an ad school/agency for kids who lack access through the “normal” channels and kick butt.

Who in your field do you believe deserves credit or recognition, and why?

I have to start at the beginning; my parents and family; my church family; my grade and high school teachers. Upward Bound. Bob Kwait was my first boss to see I had a knack for doing ads. Tom Burrell, gave me a shot when others wouldn’t. Cheryl Berman who gave me the break into the big time at Leo Burnett and mentored me throughout my career there.

Love what you do. Work hard. Find mentors and listen to them. And never let up. Never.

V&A ART & EXISTENCE Lecture Series: The Seamstress, Designer and the Model explore the role of the seamstress in black cultural life in the Caribbean, the results of emigration and displacement, and compare patterns of production in the Caribbean and Britain. Thursday 5 March 2015 14:30 – 16:00 in The Clore Study Room. For more information click here.

The Rise and Development of Black Print Culture uses the work of Joel Augustus Rogers (1880- 1966) as a case study, examine the role of the journalist, political activist, artist, and publisher in countering racist stereotypes, by creating a black led perspective on print media, collected on people from the African Diaspora within books, newspapers, hand bills and pamphlets. Thursday 12 March 2015 14:30 – 16:00 in The Clore Study Room. For more information click here.

Calypso and the Black British Experience. The lyrics of Calypso were highly political as they were contentious, and dealt with a variety of topics such as poor housing; gaining Independence and the Commonwealth; African, Caribbean and British affairs; the wars and economic status. Consider the changes that have occurred since these decades, and revisit “London is the Place for Me” through Alexander’s “Windrush” song, that contrasts with Kitchener’s rather rose tinted view of Britain in 1948. Talk led by Alexander D. Great, Musician and Educator. Thursday 19 March 2015 14:30 – 16:00 in The Clore Study Room. For more information click here.

The New Waves! Institute was established in 2011 and has since gathered 200 dance artists, teachers, and scholars in the Caribbean. Each year, participants, staff and a renowned faculty of international artists form a supportive and inspiring community that has created a unique space for dialogue, networking, experimentation and collaboration. The program has been made possible through a major partnership with and held at the University of Trinidad & Tobago/Academy for Performing Arts, within the National Academy for Performing Arts in Port of Spain in 2011, 2012, and 2013. In 2014, the New Waves! Institute was held in Jacmel & Port au Prince, Haiti. New Waves! returns to UTT/APA for its 5th Anniversary, from 22 July to 1 August 2015. Applications due from April 3rd click here for details

TITUS KAPHAR: THE JEROME PROJECT is composed of small-scale works that engage with contemporary social issues, particularly the criminal justice system. In 2011, Kaphar began searching for his father’s prison records. When he visited a website containing photographs of people who have recently been arrested, he found dozens of men who shared his father’s first name, Jerome, and last name. The artist was influenced by the writings of Michelle Alexander and William Julius Wilson on the prison-industrial complex and the use of policing and imprisonment by the US government as a means to address economic, social and political problems. The panels are based on police portraits of the men named Jerome that Kaphar found online, which represent only a portion of each man’s identity yet are preserved in the public record. Although each work depicts an individual, this series represents a community of people, particularly African American men, who are overrepresented in the prison population. Runs until 8 March 2015 at the Studio Museum of Harlem.

DESIGN INDABA has become a respected institution on the global creative landscape, based on the foundation of our annual Festival that has attracted and showcased the world’s brightest talent since 1995. The annual Design Indaba Festival in Cape Town now also includes the highly popular Design Indaba Expo, FilmFest, Music Circuit, multiple Simulcast versions of the Conference in cities around South Africa, and other special events. Go to the Festival page for the latest programme or download the Festival App for updates. Festival runs until 1 March 2015.

What’s the first thing you’d like to see the next government do to help the design industry?