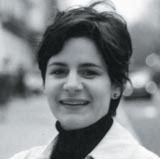 Following his appointment as the next director of the Design Museum last week, what should Deyan Sudjic’s focus and priorities be when he takes up the post next September?At the time of – and possibly by means of – the 2012 London Olympics, Deyan Sudjic’s main priority should be to ensure that design is recognised as the most powerful alliance of art, industry and social progress we have.

London is the design centre of the world. A massive interest in design has emerged over the past few years, both from the Government and the general public. Deyan Sudjic will know exactly what to do with this extraordinary opportunity. He is the right man in the right place at the right time.

Given the strength of feeling towards the Design Museum that has been displayed in the pages of Design Week in recent months, if Deyan Sudjic was to harness that energy and engage the industry in the future of the museum, he wouldn’t be going far wrong.

The Design Museum has done a great job in recent years, particularly in view of the physical constraints of its size and location. However, it now needs to build on that success, by embarking on a new phase of development and by expanding in both size and scope. In Deyan Sudjic, it seems to have found someone ideally suited to that challenge. 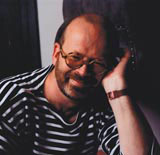 Call me romantic, but I long for those thrilling early days of Blueprint magazine and the Victoria & Albert Museum’s Boilerhouse exhibition space, way back in the 1980s. With the Design Museum in place of the Spiral, Deyan Sudjic could complete Prince Albert’s glorious dream to interweave science, art and industry. The result would be a heady mix of controversy, cross-fertilisation and creativity, and would support the about-to-be-rediscovered wonder that is Exhibition Road.