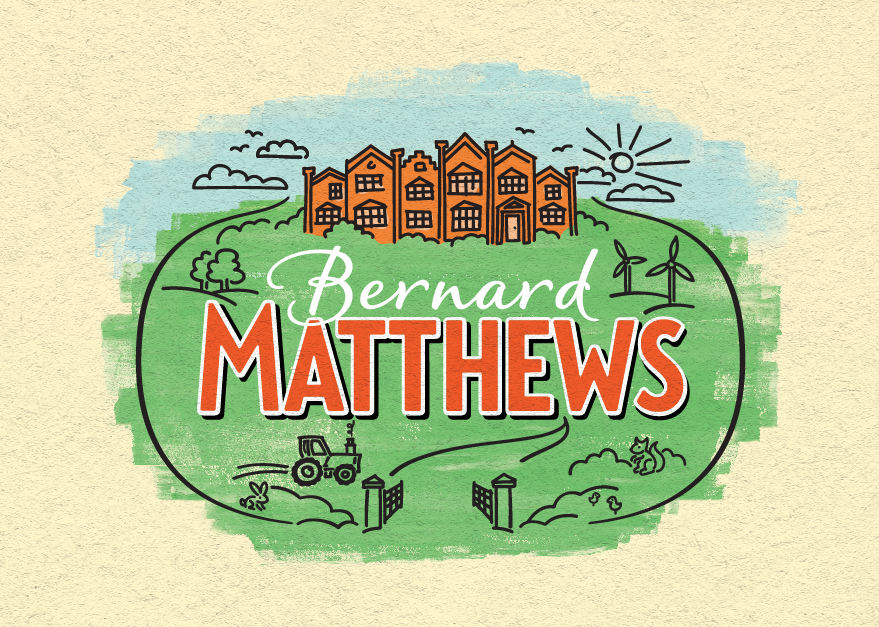 The new identity has been created by Brandopus and replaces previous branding which was designed by Springetts and launched in 2013.

Springetts also rebranded Bernard Matthews in 2008, when the company was looking to revamp its image following £10 million losses spurred by negative press around Turkey Twizzlers and an outbreak of bird flu at its Suffolk processing plant.

Whereas the most recent Springetts branding used an image of a turkey and “hinted” at Great Witchingham Hall, the new branding shows off the hall as well as a series of illustrations.

Bernard Matthews chief executive Rob Burnett says: “The brand now has an engaging and simple illustrative style, with a look that reflects our countryside roots in Norfolk and celebrates our award-winning green energy credentials.

“We believe that the brand’s unique story will be better told by bringing to life the world of Bernard Matthews. Characters from the illustrations will also be brought to life allowing consumers to explore the world further.”

BrandOpus executive creative director Paul Taylor says: “The redesign transforms the brand identity from a generic association with farming to a celebration of its true roots in the Norfolk countryside. We believe that the brand’s unique story will be better told by bringing to life the distinctive world of Bernard Matthews.

“The illustrative style we have developed not only imbues the brand with its well loved quirks but also conveys a light-hearted family charm that will see it welcomed back to the centre of the nation’s dinner tables.”

The rebrand also includes a website redesign and a new packaging system, which will see an on-pack colour categorisation introduced. Fresh coated products will move from clear plastic to full colour sleeves with a window to see the products.

“A new chapter in an iconic story”

The rebrand will roll out across 100 turkey and chicken SKUs in frozen, fresh breaded and cooked meats ranges.

Burnett says: “The branding is a completely new direction and new chapter in what has been an iconic story.

“The branding combines the best from the past, with the landmark Witchingham Hall, and a contemporary and fresh design that feels very British.

“However, it’s not simply about new packaging, this is about an integrated sales, marketing and new product development strategy which helps us resonate with modern families.”

To launch the brand, Bernard Matthews has also created a virtual reality animation of Great Witchingham Hall, which can be viewed by grocery retailers, in what the brand calls an “industry first”.

Bernard Matthews used Great Witchingham Hall to develop his business, buying the dilapidated building for £3,000 and filling its 35 rooms with turkeys. 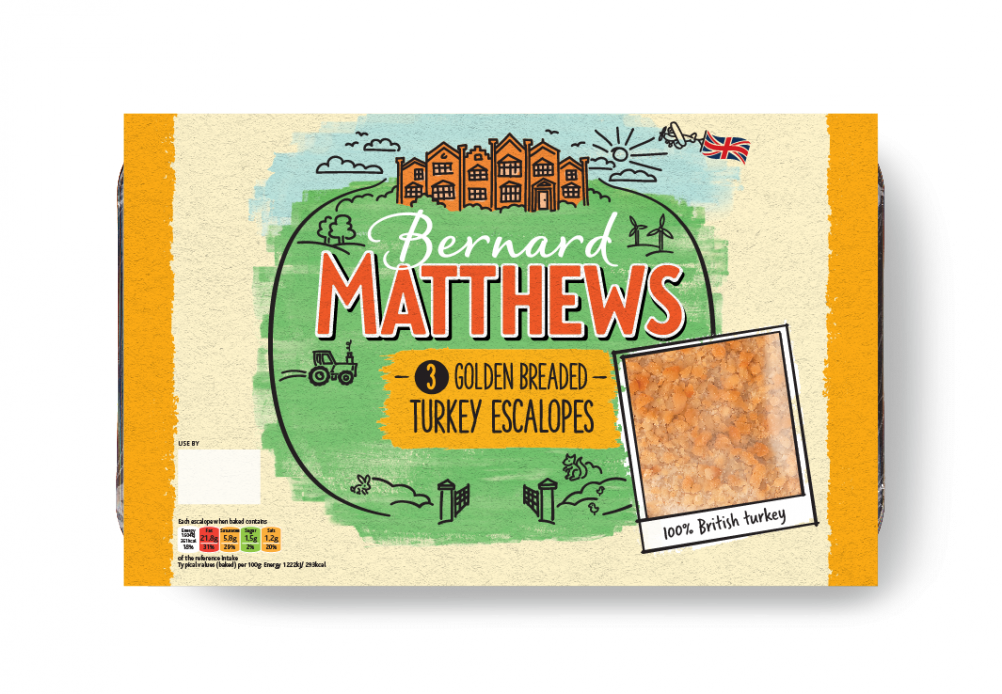 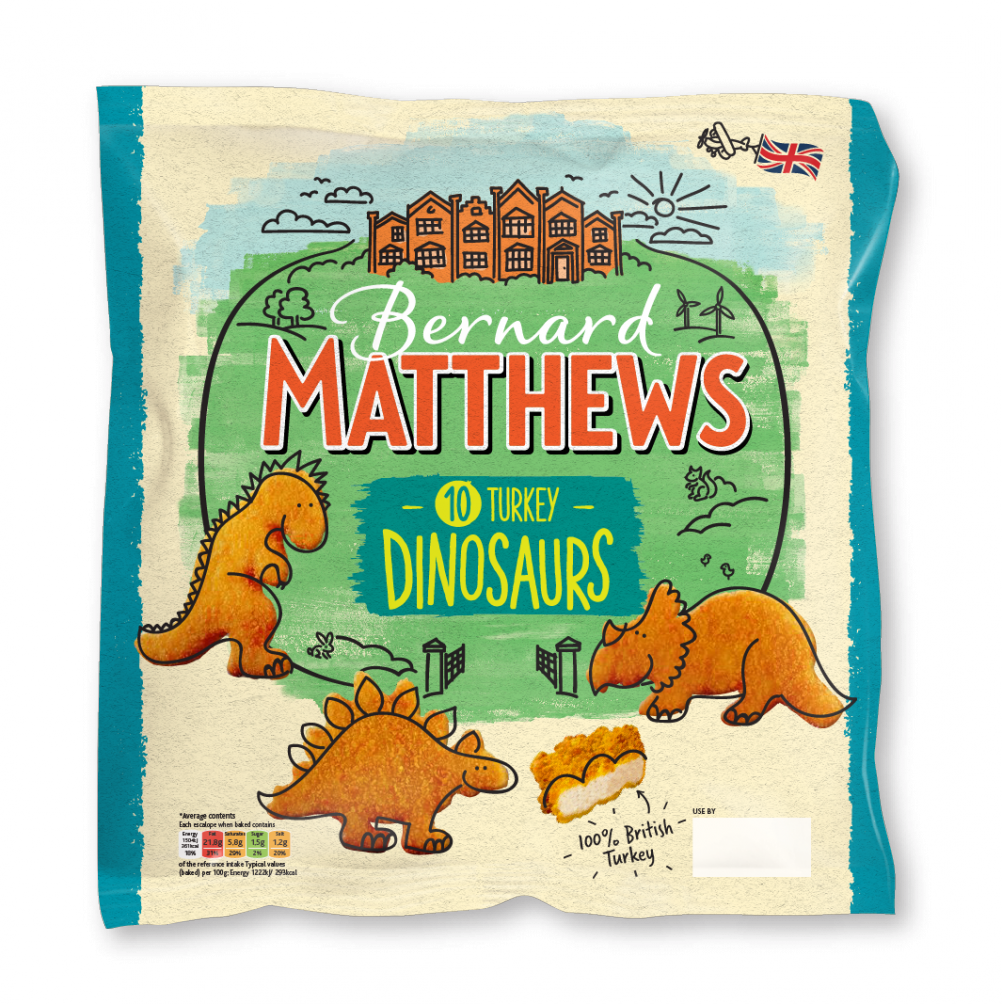