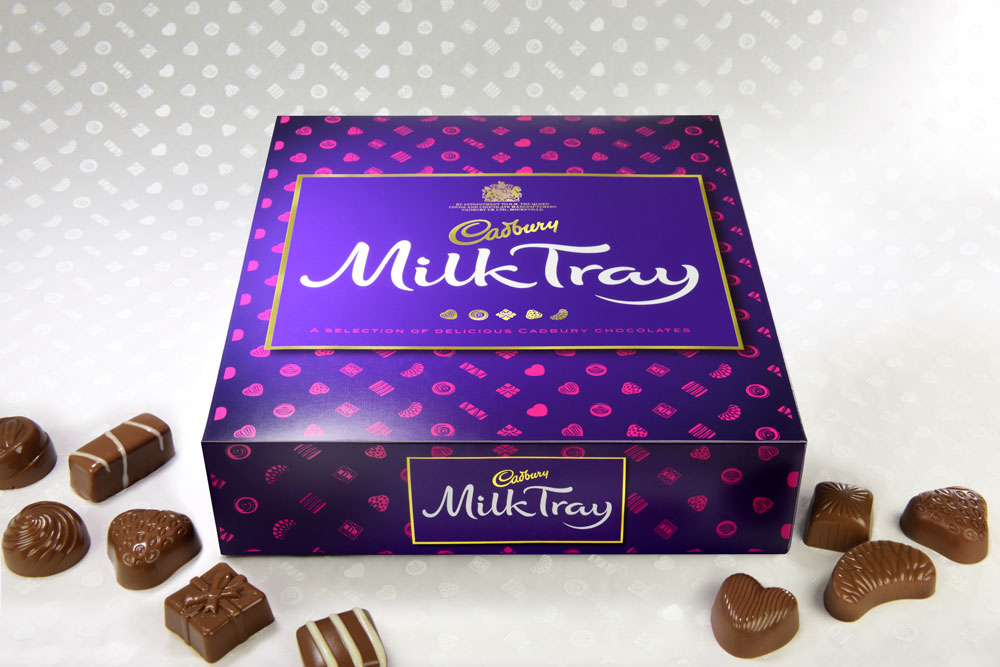 Design Bridge has created a new look for Cadbury Milk Tray as the brand marks its centenary year.

The consultancy aimed to re-establish the product as being a “special gift choice” with the new design, and change more recent public perceptions of it being a “last-minute gift”.

Design Bridge conducted research into which Cadbury Milk Tray chocolates triggered reminiscence in consumers, then selected the five “most iconic” ones to base hand-drawn illustrations on, which form “hallmarks” that are part of the new brand identity.

Kate Galle, creative director at Design Bridge, says that presenting the chocolates as hallmarks helps to give the sweets a “precious quality”.

“Using these hallmarks, we created a fashion-inspired pattern, much like the prints seen on a designer scarf or beautiful paper-wrapping,” she says. “We used the pattern like gift-wrapping to cover the box, to reiterate this.”

The pattern uses the pink colour that was incorporated into the previous branding, and the redesign includes use of the royal warrant. Galle adds that the consultancy is marketing the product at a “younger audience”.

She says that the new logo is hand-drawn. “It had been an elongated script for a while,” she says. “We wanted to modernise it and make it more about the taste experience. The dot on the ‘i’ is also reminiscent of the finishing touch of icing on some of the sweets.”

Also included is a gift-tag – a reference to Cadbury television adverts in the 1980s, which showed the ‘Milk Tray man’ leaving a card with the box of chocolates.

Graham Shearsby, chief creative officer at Design Bridge, says the consultancy has “reinterpreted the familiar shapes and flavours” of the chocolates to create a “striking pattern and set of quality stamps” for the brand.

The product was last rebranded by Pearlfisher in 2008, which saw a italicised logo brought in alongside packaging with a purple background and pink border.

The new look is currently rolling out. 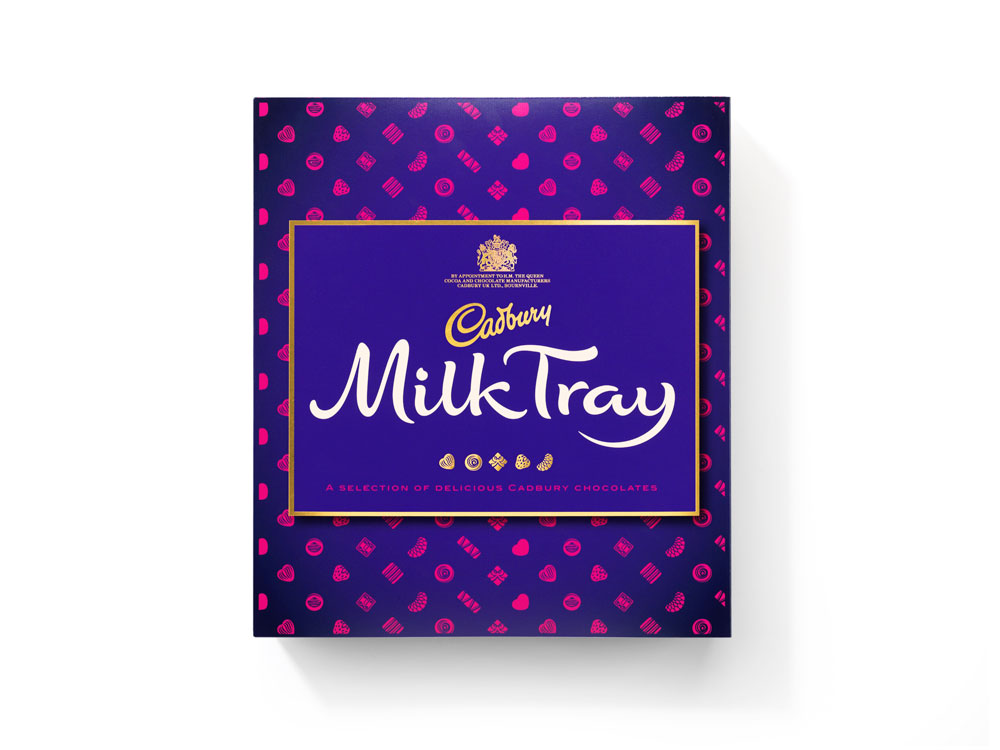