The city of Oslo has been given a new visual identity, including a new logo, font and design system, in an effort to build a stronger relationship between the municipality and its residents as well as clarify the public services on offer.

Norway, which was ranked the world’s happiest country in 2017, boasts a high standard of life but the municipality’s identity was often unclear and vague. There were over 250 logos across municipal departments and this “fragmented” approach cost the city an estimated NOK40 million (£3.7 million) every year to maintain.

The new visual identity, created by Norway-based design agency Creuna, bridges this divide by creating a universal framework that its residents can use and understand more efficiently.

The project’s lead designer, Marc Ligeti, says that flexibility was also crucial. The city required an identity that would work “as well for a youth music festival or for collecting taxes or parking tickets”.

Central to this process were Oslo’s residents themselves. Over 1,500 people, across municipal departments and the city’s 15 districts, were consulted. Ligeti wanted to create an identity that not only represented the city but was “something that its residents could be proud of”.

The City of Oslo logo has been redesigned for the first time since 1924 with a “simplified and modernised” figure of St. Hallvard, the city’s patron saint. The previous iteration was difficult for the visually impaired to see and the new logo is better suited for small sizes and digital platforms. 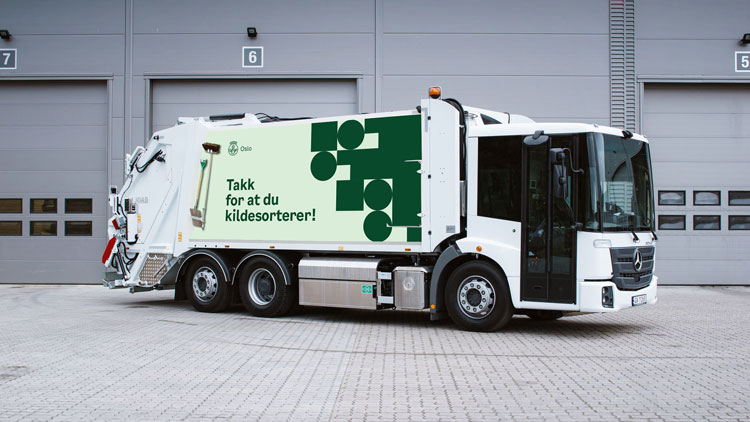 Working closely with graphic designer Ellmer Stefan, Creuna has created a bespoke typeface for the city, Oslo Sans. Its “utilitarian focus” is inspired by the city’s street signs and has four weights so that it can be used flexibly on all sizes, from mobile devices to large signs. Ligeti says that as well as being easily legible, he wanted the font to strike a balance between “a formal and friendly expression.” 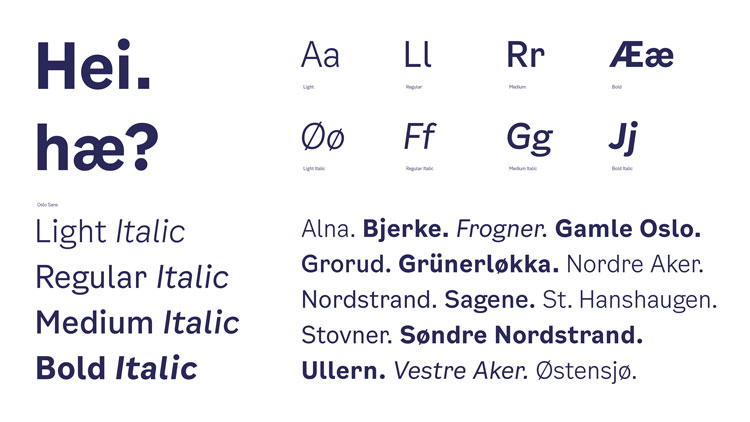 The city was an inspiration for much of the redesign. A new colour palette has been picked to reflect Oslo’s cityscape; blue from its trams and the fjord, green from its parks and protected forests, and warm and neutral tones inspired by its buildings’ facades.

The new design system comprises three basic shapes which were inspired by architectural details such as gates, tiles and decorations found at many of the city’s landmarks like Oslo’s City Hall, the Vigeland Sculpture Park or its industrial Barcode district. Collectively, the shapes come together to form the word “Oslo”. 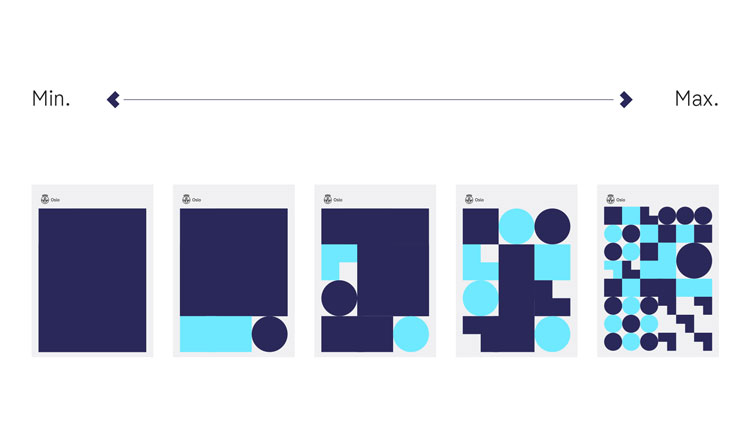 These shapes are the foundations for the city’s illustrations and can be used to create more complex patterns which will appear on products like posters, t-shirts and mugs. “Simplicity helps to make illustrations distinctive,” Creuna says. These shapes can be arranged flexibly as and when new products are needed and will also be used on three-dimensional (3D) designs like outdoor furniture.

“These shapes are not unique to Oslo but we believe the way they are used in combination will quickly become unique for Oslo,” Ligeti adds. 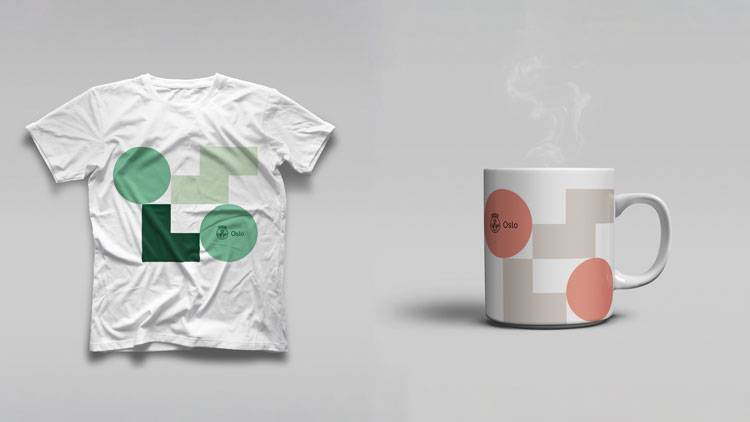 Icons, which will be used on digital applications and on signage for parking and charging stations, have been designed to give the city a “clear presence, whether presented digitally or physically”. They will also appear on building facades and interiors. 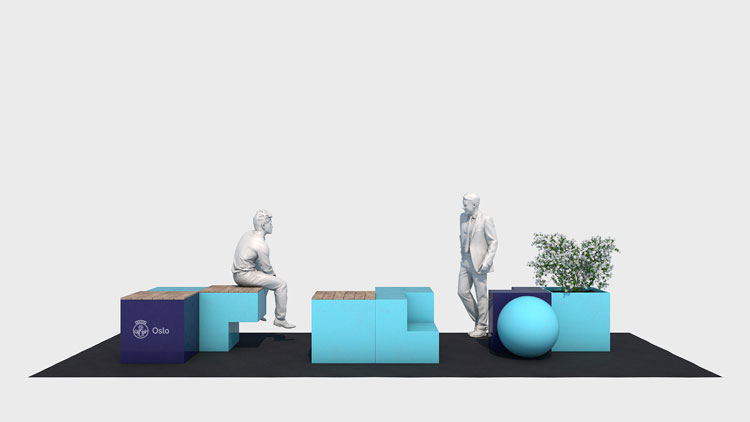 Creuna also created the Oslo digital design assistant, still in a beta version, as a simple alternative to design software. Any of the municipality’s 53,000 employees can input information and photos into the online tool and receive an automatically generated design.

Ligeti wanted municipal organisations to have a “compelling reason to want to be visually associated with the city’s identity” and hopes the online tool will “reduce the barriers and costs of good design”.

The new branding will be implemented gradually over the next few years.