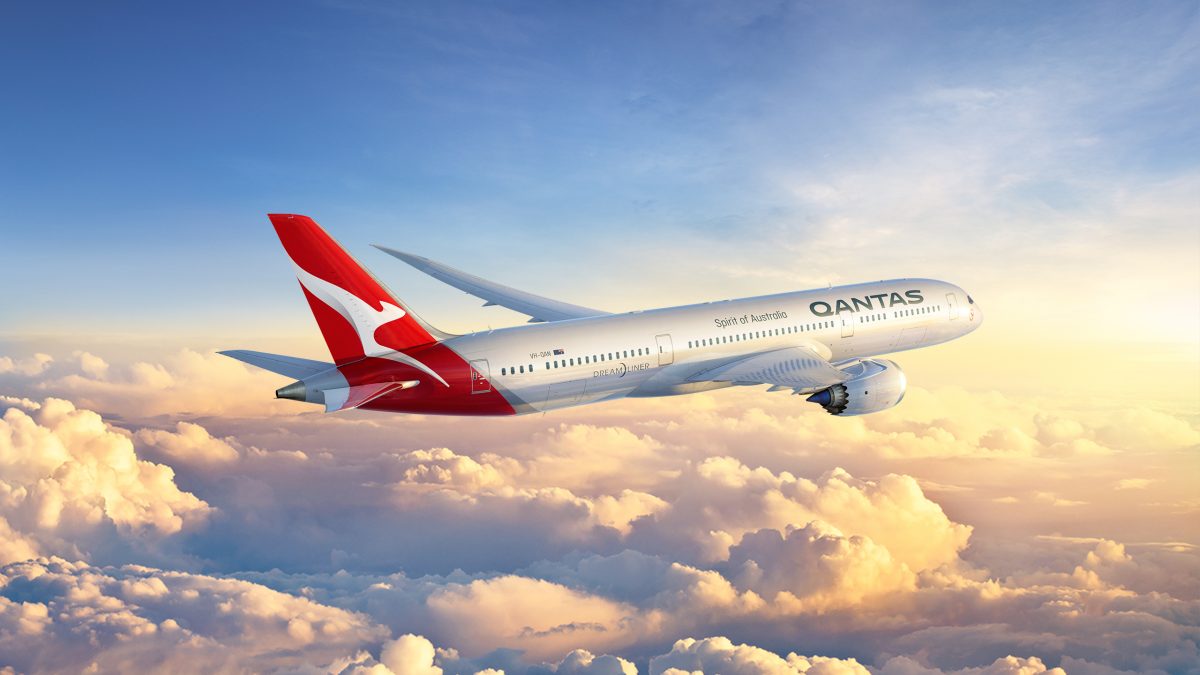 Australian national airline Qantas has been rebranded and its famous kangaroo icon has been redrawn as a simplified silhouette with no arms.

Newson, who has previously designed Qantas airport lounges and its A380 aircraft cabin, says that the redesign “aims to retain the fundamental essence of the flying kangaroo but also move the brand forward.”

The kangaroo is “more streamlined” and the shading behind it “gives a better sense of movement and depth” says Newson, who adds, “A silver band now extends from the tail to the rear of the fuselage to give a more premium feel.”

The new kangaroo can also be found on engine cowls in an effort to make it more prominent and identifiable.

Meanwhile the Qantas wordmark, “which measures nearly two metres high on a 787” according to Newson, is set in a slimmer font, has been simplified and now also appears on the underside of the aircraft “so you can see that it’s the national carrier” when it flies overhead. The wordmark’s italic slant has gone and it is now in a grey hue, rather than blue.

It is only the fifth time the kangaroo has been updated since it was introduced in 1944. The last update was in 2007 when the Airbus 380 came into service with Qantas.

A winged kangaroo, which appeared on the tail of Qantas aircraft 30 years ago, will now feature under the cockpit window next to the name of the individual aircraft.

The new look is rolling out as an aircraft livery as well as across digital assets, signage and ads. Cabin staff and pilot uniforms have already been redesigned.

Qantas’ refreshed brand has been revealed alongside the cabin designs for its new 787-9 Dreamliner craft. Business and economy class cabins have been designed by Australian industrial designer David Caon. They are based on an overall Qantas aesthetic, already established by Newson.

Qantas chief executive Alan Joyce says: “When we looked at the history, we found that the logo has always been updated around the time of a game-changing new aircraft joining the fleet.