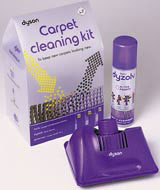 Designers are not being given their due by a prestigious national awards scheme that recognises product innovation, senior industry figures have claimed this week.

Paul Priestman and Clive Grinyer are among those calling for greater integration between innovation and design in business awards such as the Queen’s Awards for Enterprise. The winners – including Dyson’s vacuum cleaner and cyclone technology, designed in-house; Marks Barfield Architects’ London Eye; and Worthington-Richardson Designs’ ‘smart’ surgeon’s glove – were announced on Monday.

Few designers, either in-house or external consultants, were singled out for praise. This is selling both designers and their clients short, believes Priestman Goode director Paul Priestman.

‘These sorts of awards are exactly where design should be positioned. It’s important to link design to industry. It should be mixed in with clients’ achievements, not isolated where it usually has a smaller appreciation,’ he says.

Clive Grinyer, director of Orange World customer experience and former director of design and innovation at the Design Council, believes designers must promote their work in a business setting as much as possible. ‘Companies see the value in the Queen’s Awards, and designers should help their clients enter awards. Design-only awards should be a stepping-stone to real business awards,’ he says.

Jon Allen, managing director of specialist plastic printer Burall PlasTec, says one problem with the awards is its separation of ‘design’ and ‘innovation’.

If awards isolate ‘design’ on the one hand, and ‘innovation’ and ‘achievement’ on the other, that benefits neither party, Allen believes. ‘The graphic designers we work with don’t get involved early on in the process, and we’re all missing an opportunity,’ he says. ‘It should be a more holistic approach, but instead we stay in our client “scope” and they stay in their designers’ one.’

Burall won an innovation award this year for its transparent poly-propylene cartons. Working with clients including NestlÃ©, Dyson, Boots the Chemists, Superdrug and Marks & Spencer, it has a team of three in-house structural designers and works with external graphics consultancies which are usually commissioned by the client directly.

Grinyer adds, ‘We must get away from innovation as just being about invention. Design must be integrated with innovation and commerce,’ he says, applauding accolades such as the Design Business Association’s International Design Effectiveness Awards as ‘both useful and understood inside and outside the design industry’.

Ideo studio leader Mat Hunter thinks gongs such as the Queen’s Awards do drive design, but indirectly. ‘They help designers understand more clearly how they can help companies. For example, in the pharmaceuticals industry, designers may think they can only create packaging, but in reality, companies are looking to consultancies to improve their user experiences,’ Hunter says.

Innovation was high on the Queen’s Awards agenda this year, with 14 more awards in this category than last year.

A spokeswoman for the Queen’s Awards says designers are free to enter any category, and if a product designed for a client won an award, the designer not the company would be awarded. ‘We don’t exclude any industry,’ she says.