Addaction, an addiction and mental health charity, has rebranded as We Are With You (With You for short).

Along with the name change, a new wordmark, colour palette and visual identity has been established by design consultancy Touch. 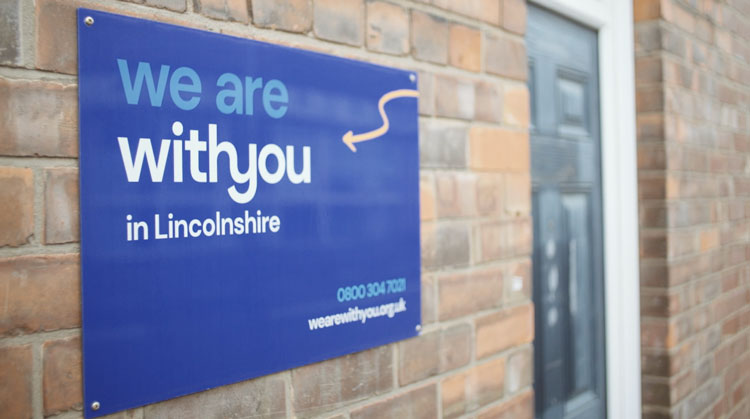 The London-based charity was founded over 50 years ago and runs 80 services across England and Scotland to help those with addiction issues achieve their goals.

Martin Naylor, founder of Edinburgh-based Touch, says that the new branding is “bold, friendly and human.” 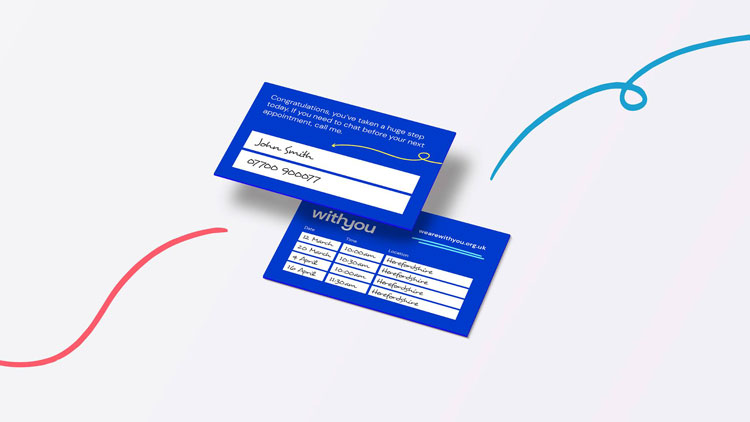 Over the course of 18 months, With You with its target audience, staff and volunteers in a research process. Touch was brought in for the last nine months.

Research showed that the organisation’s previous name, Addaction, was sometimes a barrier to people seeking help.

After exploring a few name options, the favourite emerged: We are With You. “It’s simple, memorable and perfectly conveys a human approach,” Naylor adds. 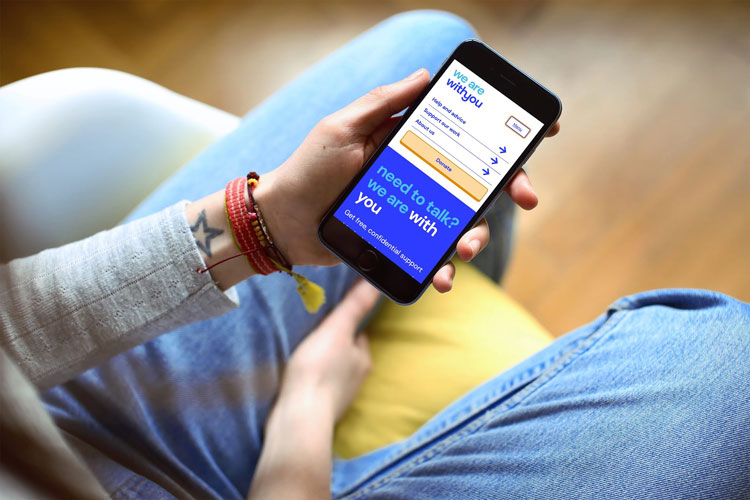 The font DM Sans has been used, again because it is “accessible”. “We could use it to speak to their audience who may have accessibility issues,” Naylor says, such as those who do not have English as a first language or have difficulty reading.

According to the charity, people said that they would be three times more likely to choose the service if it changed its name.

Two shades of blue have been used for the wordmark, while a secondary palette of bright colours — including a light orange tone for call to action buttons — has been established.

The ‘With You’ in the wordmark is joined by a “distinctive ligature between the ‘h’ and ‘y’” as a way to emphasise the partnership between the charity and those it aims to help. 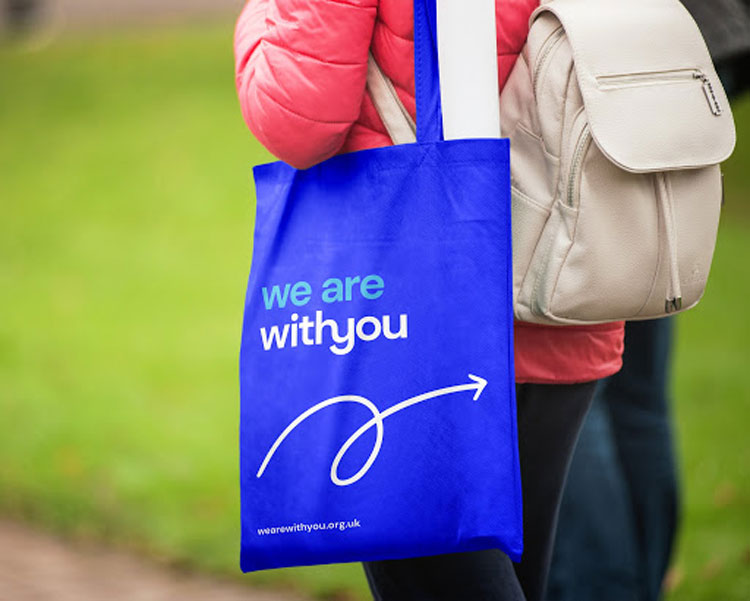 Illustrations have been added as part of the visual identity, to give a more “human touch” to the branding, which still needs to look professional given the services it offers. The illustrations are “purposefully accessible and complement the modern logo mark”.

Some of the illustrations depict a welcome mat or coffee cups (for the ‘become a volunteer’ section), for example. 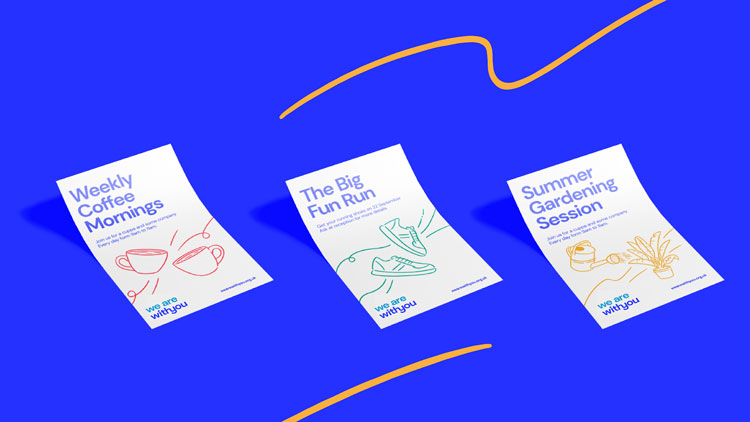 A platform has also been created which provides local divisions of the charity to create their own printed material, such as leaflets and posters for events.

The charity has instated language guidelines, so that a more “everyday” tone has been set. While stigmatising language such as ‘junkie’ or ‘addict’ has been avoided, it will use casual language to refer so that its services are easily understood.

The charity hopes that the rebrand, along with its recently-updated strategy and direction plan, will help it become part of a “bigger, national conversation about the way public services and the welfare state need to change to fit with modern lives”, says its CEO Laura Bunt.

Designers on Harry and Meghan’s ‘royal’ ban: “Rarely has a brand launch been so anticipated”