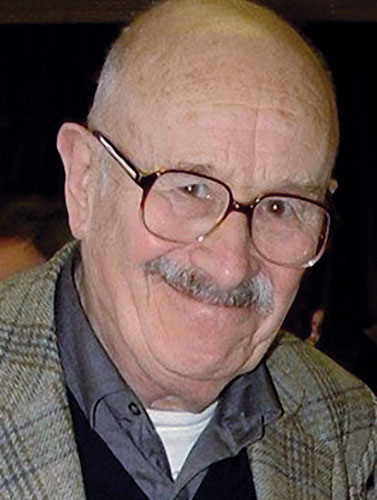 When it comes to poorly chosen metaphors, David Bernstein chews over the facts, finds them hard to swallow and ends up biting the hand that feeds them.

Images are not the exclusive property of the artist. They are created by the speaker and the writer, mostly consciously, often not.

In the latter case, the effect can be surprising. The captain of Cardiff City told us on TV that their goalkeeper had missed the semi-final, but was now fit for the final and would get ‘a second bite of the cherry’. ‘I’m sure,’ continued the captain, ‘he will grasp it with both hands.’ Bloody big cherry, I thought, or very small hands, especially for a goal­keeper. I missed much of the subsequent comment, lost in the incongruous image.

I once heard a BBC Middle East correspondent saying that ‘the Syrians are leaning over backwards to build bridges’. Maybe that’s the customary modus operandi in Damascus?

The Pocket Economist Style Book warns the reader on page one, quoting George Orwell, ‘Never use a metaphor, simile or other figure of speech which you are used to seeing in print.’

Arguably, the most common contemporary metaphor is ‘credit crunch’. I often read that it is ‘biting’. Is that a mixed metaphor or tautologous? The Cold War was so called to distinguish it from an actual, or ‘hot’, war. Then, when tension eased, there was a ‘thaw’ which paradoxically indicated that things were getting warmer. Such are the dangers of metaphor.

The Economist advises writers, again quoting Orwell, to decide what they want to say – ‘What image will make it clearer?’ (note, clearer) – and to ask, ‘Is this image fresh enough to have an effect?’. Alas, most common images aren’t fresh (hence Orwell’s insistence on avoiding them). In fact, they are so stale that they aren’t seen as images at all but clichés doing duty as
substi­tutes. At Stamford Bridge long ago, I looked at the packed standing crowd in the Shed. It was writhing, just like the ocean, I thought. It was, in fact, ‘a sea of faces’ and that, I realised, was what that metaphor was originally meant to convey. It wasn’t just a substitute for ‘crowd’.

Stale metaphors rarely awaken our senses. Mix them, however, and they may rise from the dead – to haunt the perpetrator and irritate pedants like me. Such infelicities surely do not occur among design practitioners and writers who live and work among images.

Well, at the risk of biting the hand that feeds me, I refer you to a story in this journal (DW 29 May) headlined ‘He was dest­ined for great things in the car sector, so what led David God­ber to jump ship?’. Presumably the fact that it wasn’t a car?

The previous week we were told of Phil Duncan’s move to Procter and Gamble – ‘(It) will be seen to cement WPP’s exis­ting links with P&G’. Cement?  Was the forge too busy?

Of course, if you are impervious to images, comprehension is unaffected. You can test your own sensibility here and now with our final extract (DW 22 May). ‘Dare we say that an air of caution has tightened its grip over the UK market? Indeed, the past two months have seen a wave of reconfiguration and streamlining at branding and design consultancies across the UK as they prepare to batten down the hatches ahead of an anticipated slowdown. But while the threat of a downturn hovers over the UK, growth in emerging mark­ets across Russia, the Middle East and eastern Europe remains strong, offering a steady stream of  big projects for UK groups willing to roam.’

Did you receive images? Were they coherent? Were they, too, ‘willing to roam’?