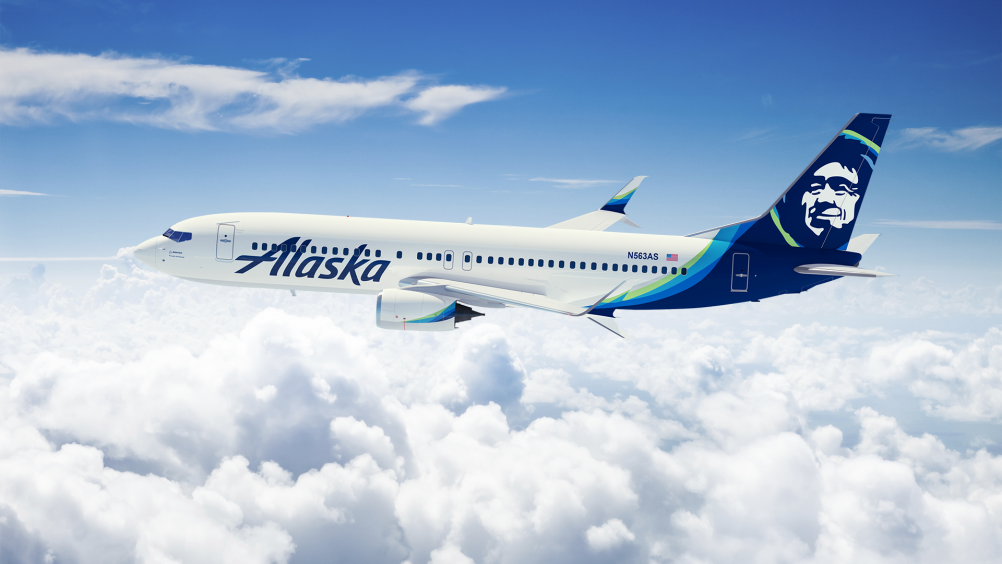 Alaska Airlines has worked with Hornall Anderson on a brand overhaul which includes a redrawn Eskimo icon and wordmark.

It is the first major update to the branding for 25 years and will roll out across the airline’s fleet of aircraft, digital channels and marketing materials.

Hornall Anderson’s Seattle office has led the strategic side of the project. The roll-out is launching at Seattle-Tacoma International Airport, where 41 newly branded gates have been installed and a new branded lobby created. Eventually all 111 airports which the airline serves will be given new brand treatments.

The Eskimo icon has been in use since 1972 and the aim of the update was to adjust his facial expression so customers know he represents “warmth and kindness”, according to Alaska Airline’s vice president of marketing Sangita Woerner.

“It was critically important that we approached his redesign with sensitivity, which is why we sought and received the input of Alaska native leaders from the Arctic region and across Alaska,” she adds.

The colour palette has been expanded to include three blues and a green, which include Tropical Green and Breeze Blue, which frame the rim of the Eskimo’s hood.

The new wordmark has cleaner italic lines but retains the distinctive “A” from the old rebrand.

The Eskimo has been drawn so that he renders better online and on mobile as before his facial expressions were breaking up at different scales.

Woerner says: “While our Eskimo is meant to represent our warm, genuine service, our evolved wordmark represents our high performance culture with its italicised motion and bold and precise lettering.”

To see the evolution of the Alaska Airlines branding click here. 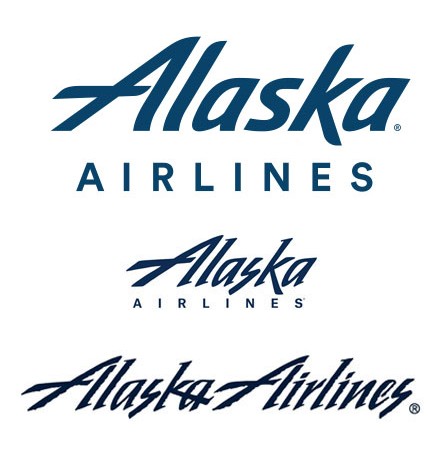 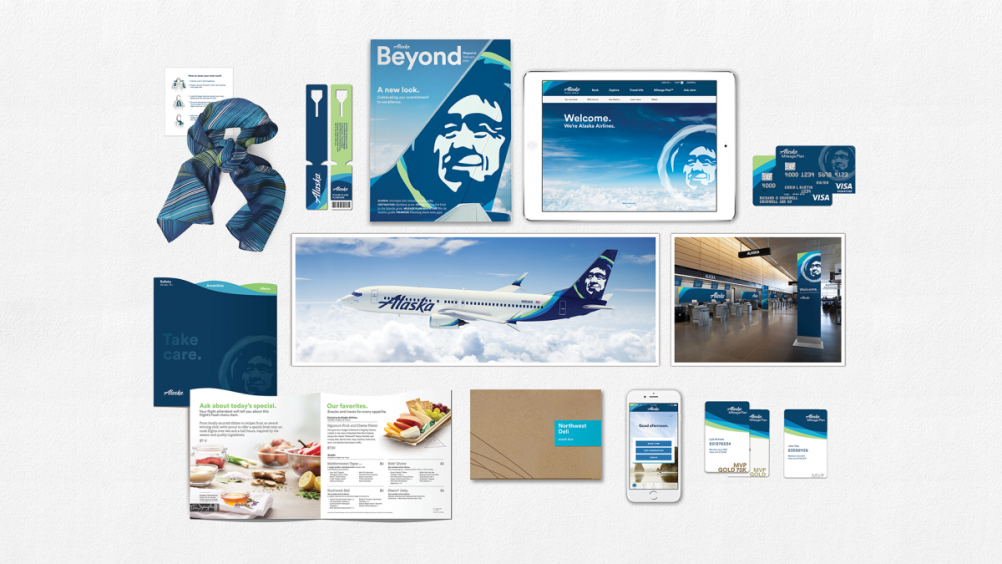 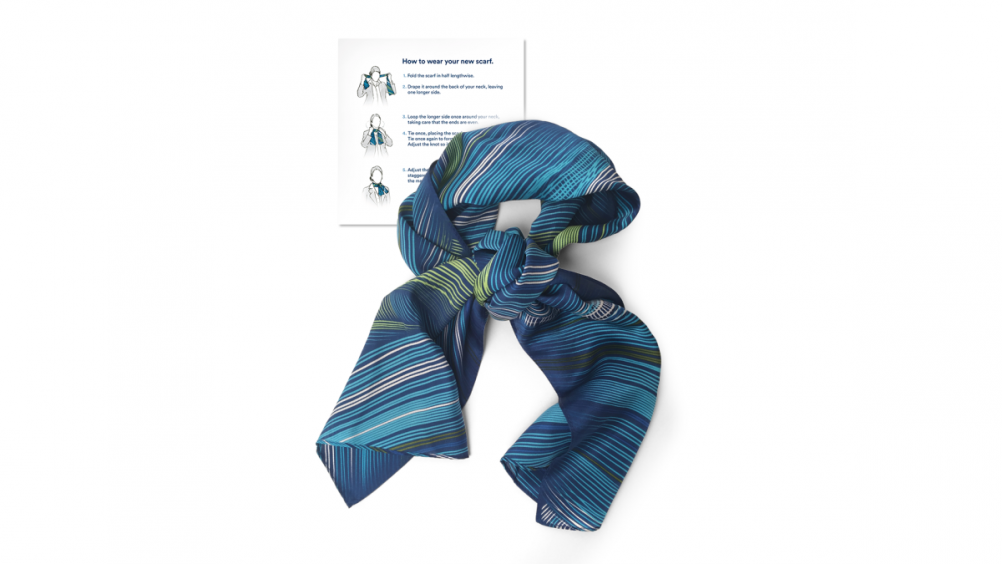 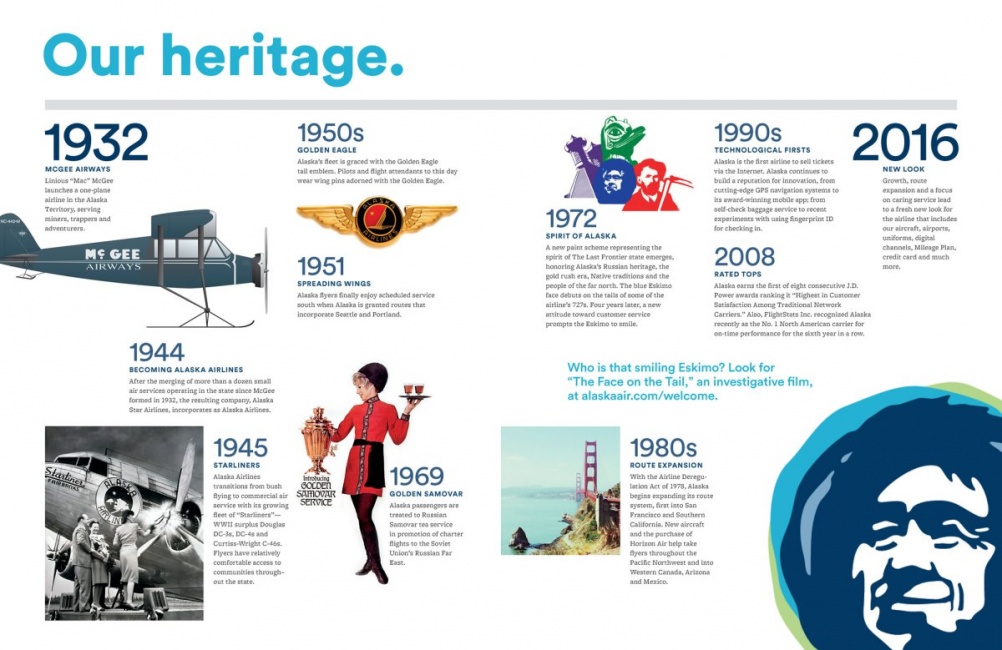 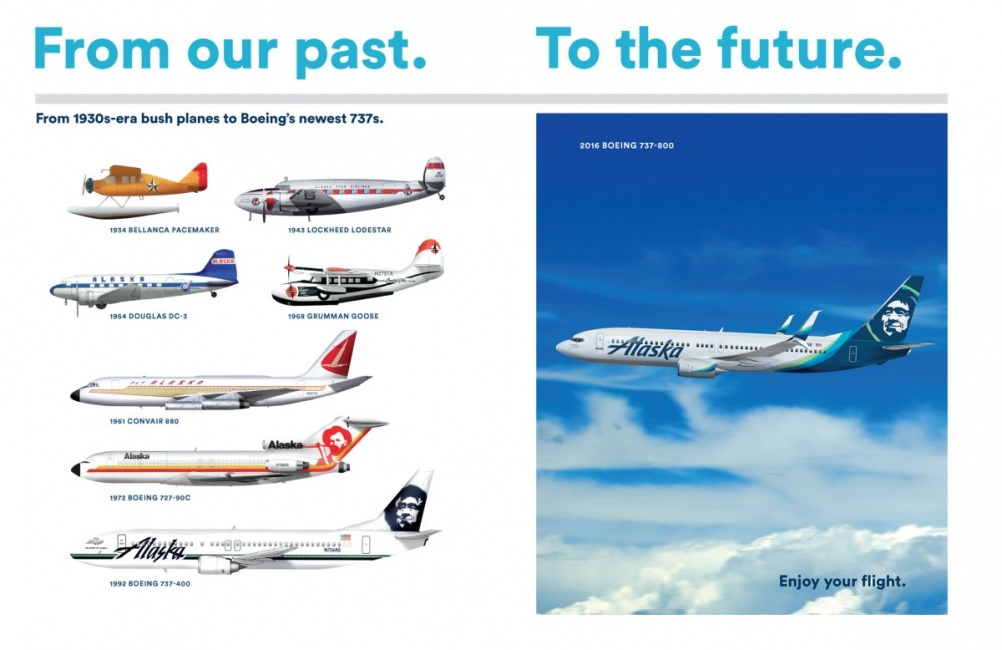 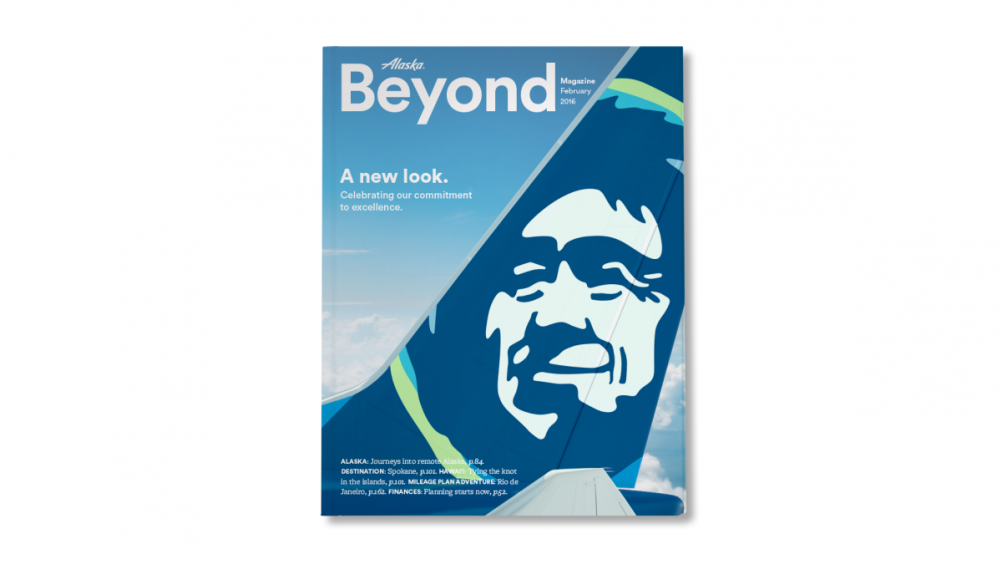