This month’s profiled Four Corners designer is Abi Wright. Whether it be graphic design applied to print, digital, or textiles and multiple surfaces, or curating and contributing to various design events, platforms and initiatives, Wright leaves as bold a mark and impression as can be seen in the distinctive designs and patterns that influence and adorn her work. 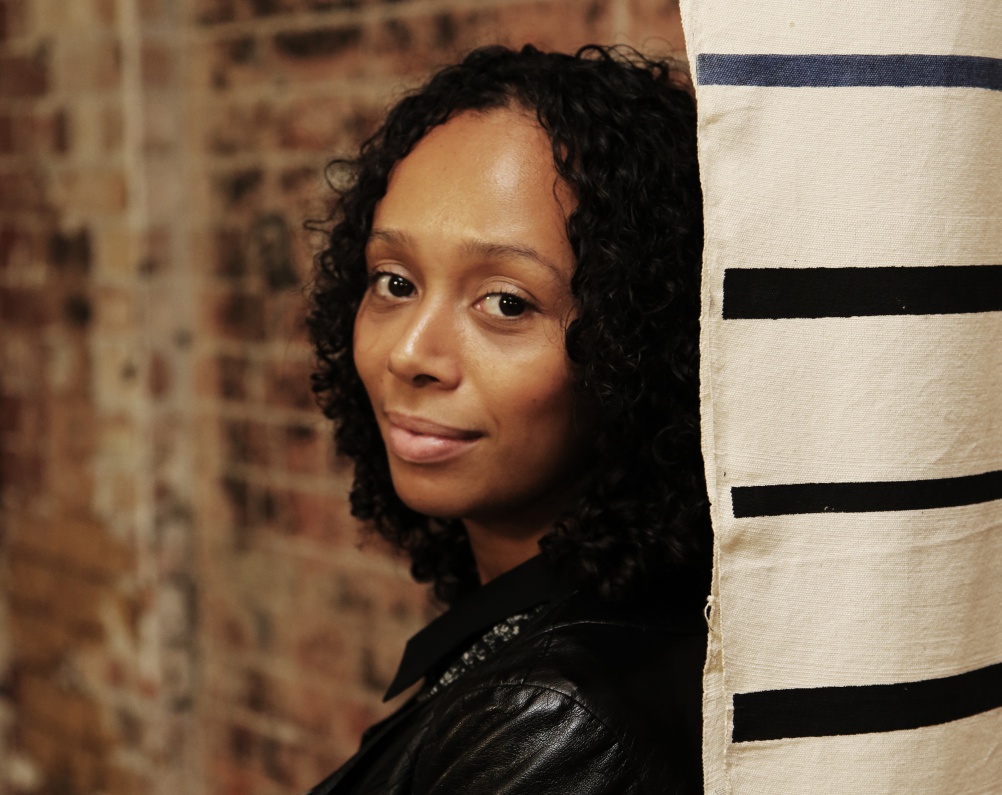 I grew up in South West London with my brother and sister, with little to do besides utilise our imagination and stay active. I was raised by my mum who is English, and my dad is Jamaican. His influence came late in my teens, which I guess had an impact and encouraged me to educate myself about a side of my heritage that I wasn’t directly familiar with.

My personal voyage was actually enhanced by the lack of cultural diverse curriculum at University. The course was heavily influenced by European design movements, which I loved learning about, but it felt one-sided. Fortunately, I attended a lecture that focused on Black culture and history (very rushed, very vast, but exactly what I needed), and soon after I took a gap year as part of my sandwich degree, taking part in a design festival in Istanbul called Grafist (13), and studied in New York at FIT for a semester. This was an absolutely amazing experience because I came face-to-face with the culturally influenced design that I had been searching for and wanted to create myself.

I would class these three experiences as the turning points in my design career. I couldn’t stress enough how important it is for personal and career growth to experience how others live and create.

I obtained a media and advertising bachelor degree, majoring in information design at the London College of Communication. I had previously studied fine art and photography, and took a screen printing short course, eventually creating a combination of these skills that can be seen in my work to date.

How did you get started in design?

Honestly, I felt disinterested in the design market that I faced when I graduated. Lack of opportunity (in my area of interest) combined with a year of culturally influenced design while studying abroad and researching on my gap year influenced me to go alone.

It reached a stage where I was tired of not finding opportunities and had to start creating my own in order to gain experience and develop as a designer.

It’s a challenge that I still face today – convincing (some) of my creative worth. Depending on the weight of the client, payment/fees and even intellectual property rights are sometimes problematic, mainly due to ignorance. It’s safe to assume that the process of creating a concept or continuously coming up with amazing but original ideas and then bringing the ideas to life, is undervalued. But, it is then my duty to assure said client, resulting in a happy client and an amazing project under the belt.

I also find it’s generally more of a challenge acting as a single, independent designer, opposed to working with or as a collective with a group of people specialising in different areas of the business.

I still feel as though I have a long way to go in achieving my ambitions, but I am happy with the progress and accomplishments within the last two years of going solo. 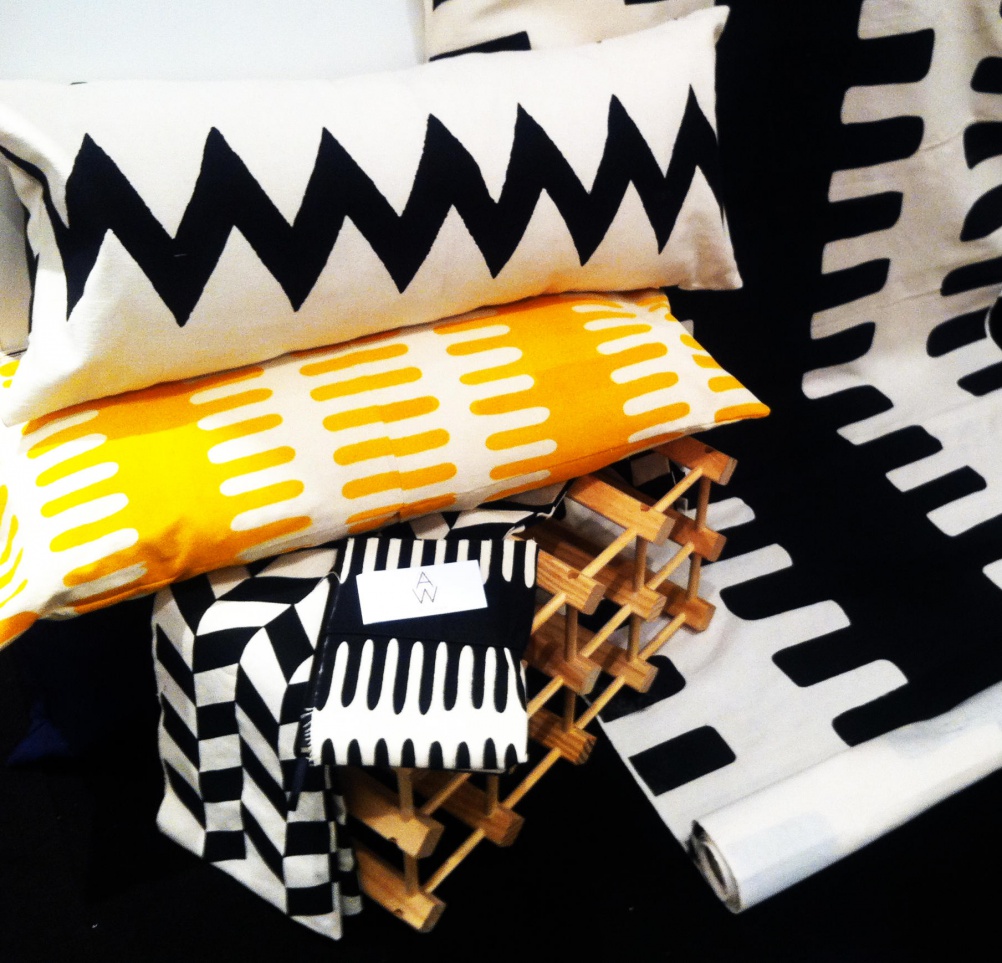 What are your greatest inspirations and influences?

My biggest influence has been culture – exploring my own, researching and consuming others and finding a way to introduce aspects of my findings into my work.

The work of Emory Douglas has been a huge inspiration. The way that he communicates his political, humanist and civil rights views into his artwork is motivational – his work introduced me to protest art and made me realise how effective of a tool it can be, especially as an alternative or independent means of communication accessible and legible to all.

I treat each (new) project as my most important or my magnum opus, which means I’m constantly competing with my past design self. I’ve found that this tactic encourages me to challenge myself and evolve as an artist/designer, developing my skill-set and picking up new ones if the opportunity arises.

My latest piece or pieces of work appeared at the International Contemporary Furniture Fair in New York, where I exhibited my collection of soft interior products and textiles entitled “Achimota:Unity” – the title reflects the combination of modified patterns of West African heritage.

I am proud of this particular exhibition as I created an impromptu wall mural as part of my booth design. My work and this particular collection is heavily graphic and pattern-based, so I challenged myself to turn my booth in to pattern heaven – I got some black paint, painters tape and transformed my booth walls in to a large scale “worrosagni” repeat (also known as “chevron”).

This was a rare proud moment for me due to the tight time frame and budget versus a large idea I’ve wanted to create for a while – nine hours and two pots of paint has definitely given me the desire to continue painting large scale or wall murals.

What would be your dream job?

It may seem like a cliché, but I am currently in possession of my dream career – I have carved an area of creative expression that allows me to alternate between projects and titles – creative director, graphic designer, textile designer, event manager and curator; to name a few.

Abi Wright Design has always had the intention of being a multi-practice design umbrella, but I would love to develop this further with the assistance of a team supporting my branches of expertise.

A dream project of mine would include patterns, a large canvas and access to whatever tool I need. Preferably with a large budget (to allow for any crazy ideas that I may have), and a platform that is accessible to many. This dream project would aim to educate in a fun, inclusive way. I’m open to suggestions and collaborations! 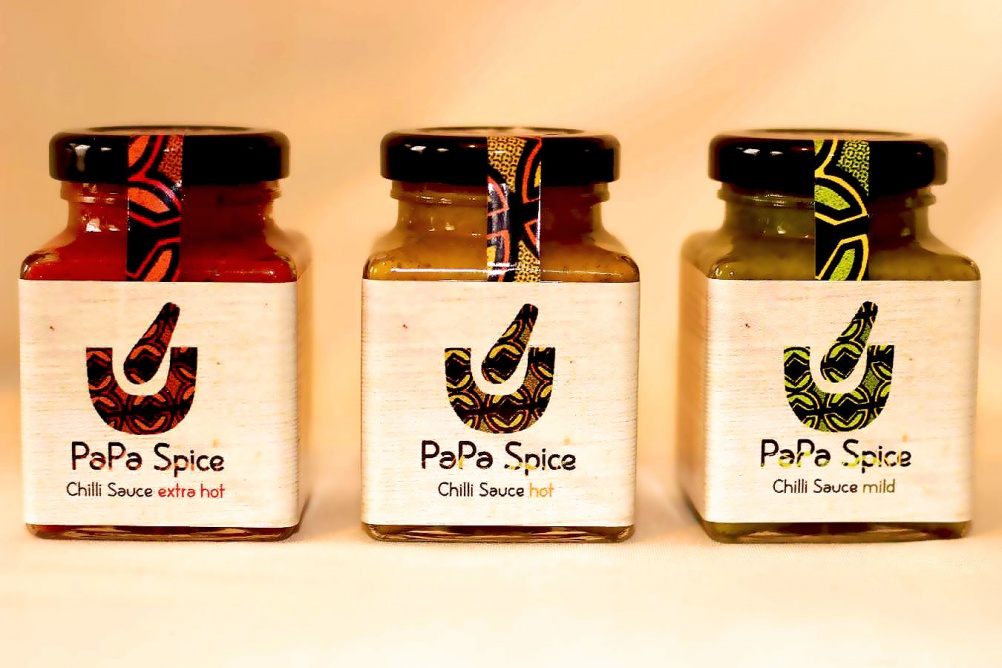 Who in your field do you think deserves recognition and why?

There are a number of people in my immediate circle of friends and work associates who are constantly and consistently doing or creating great things – these are the people that motivate me on a daily basis, and deserve recognition for this reason. It’s important to have realistic “idols” who make you reassess your goals and focus.

To name but a few – Rohan Clarke, Gabrielle Smith, Zahra Swanzy, a group of amazingly fierce, talented, inspiring women that are a part of The Brunch Club, The Three Halves, many of the African & African-Caribbean Design Diaspora (AACDD) artists, Soobax, The Lonely Londoners, CIAD, Charlie Phillips, Sara Shamsavari, Ron Bass, G-Mack, Kenji Summers… I’ve missed out many inspirational figures but this is just a small percentage of the greatness that I’m surrounded by.

Prepare yourself for the dips and peaks of this roller-coaster. It’s a tough path to follow, seriously. I would’t encourage anyone to take such a big leap of working independently without having an idea or an end goal in sight, but I also wouldn’t encourage staying in a job that makes a person unhappy – happiness is one of the most important things that we possess and are in control of and so much depends on it. If you do take the leap, enjoy the ride! The benefits and satisfaction is priceless.

A very dear person once lent this motto to me during a transitional period and it has since become my mantra – “Planning The Next Peak” – this is now a motivational reminder to continue pushing for greatness.

A great piece of advice I’ve had to understand the hard way is to ride the waves of creative blocks and bad days – it’s OK to have a challenging day – it’s a sign of progression, and is just that – one bad day. Right it off and start fresh tomorrow.

I guess practical advice would be to choose your networking circles and events wisely – there is no point in schmoozing if your craft is suffering. It’s great to support your peers but just know when to put yourself first – another great piece of personal advice I’ve had to understand the hard way!

As a woman that doesn’t like to tick boxes I will say that my future is full of creativity and experimentation! Collaboration is something I’d like to revisit also sometime in the near future – I believe there is strength in numbers, especially when a mutual idea or concept is involved. 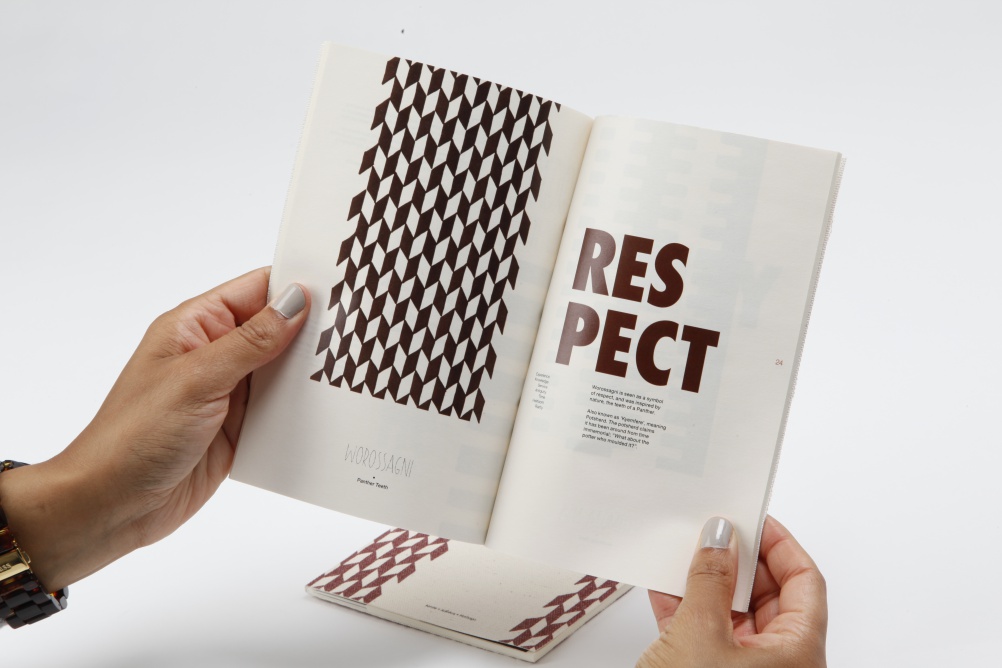 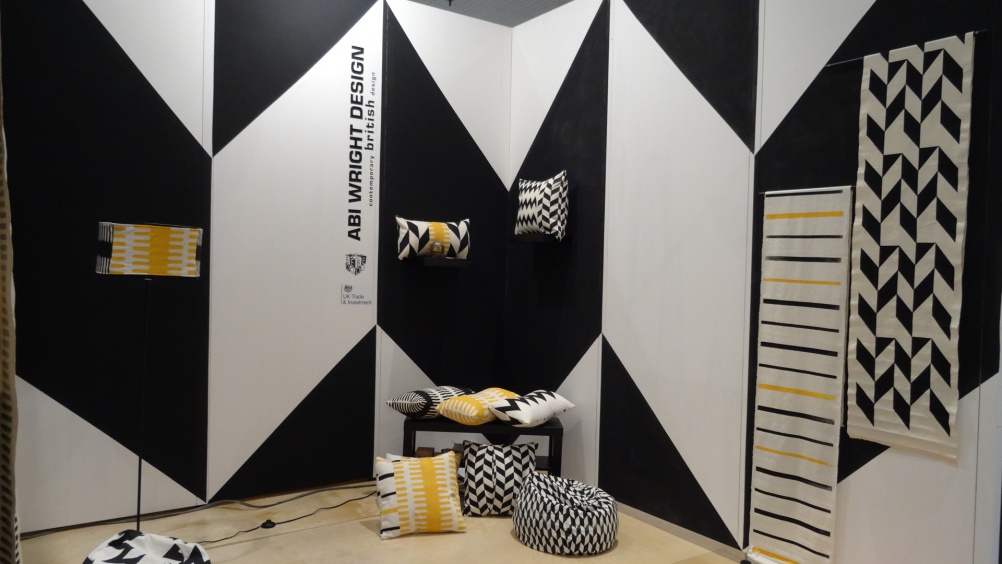 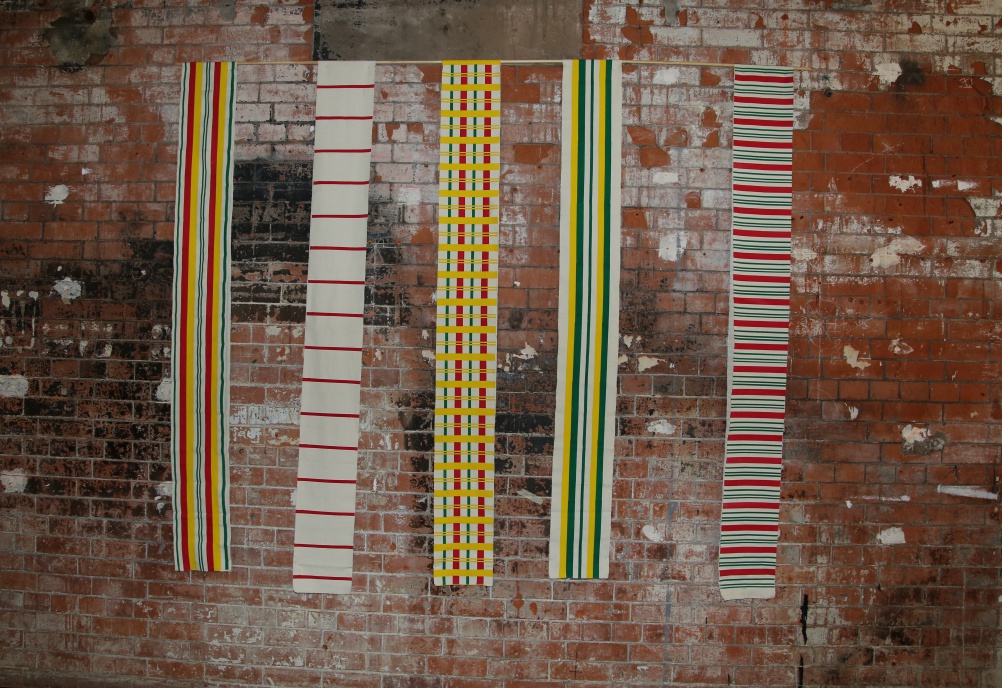 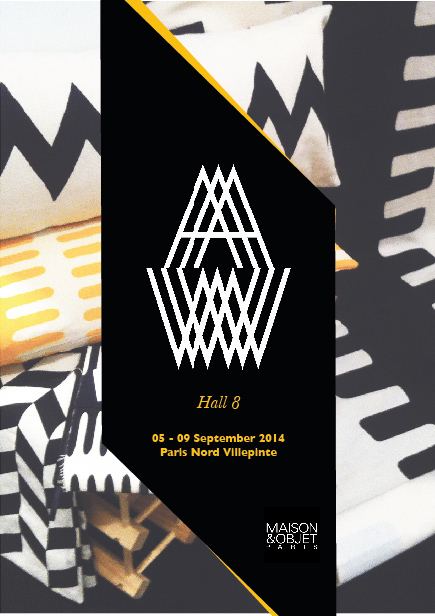 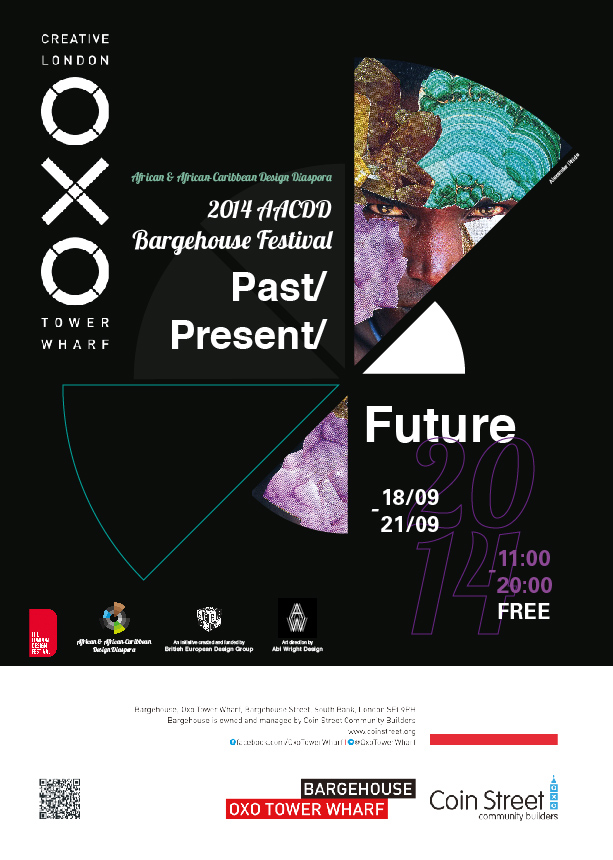 ‘EYE HAYTI…CRIES…EVERYWHERE’ is an exhibition of 110 acrylic, black and white drawings on canvas. The images pivot on Haiti, collectively serving as a metaphor for the suffocation of humanity across the globe. Haiti is here, there, everywhere. Having opened in February, the exhibition continues at the National Museum and Art Gallery of Trinidad and Tobago until June 13, 2015.

LIGHTCATCHERS is an exhibition featuring the work of seven veteran African American photographers active in Los Angeles since the late 1940’s. Howard Bingham, Don Cropper, Jack Davis, Bob Douglas, Cliff Hall, Lemonte McLemore and Murphy Ruffins. Curated by fellow photographer Irene Fertik, who complemented the show with a portrait of each of the photographers and Patricia Housen included excerpts from oral historical interviews. Runs until June 7 at the California African American Museum.

‘TREK: FOLLOWING JOURNEYS’, is a group show that deals with the concepts of movement, travel, migration and displacement within the African context. The exhibition brings together fourteen international artists who live and work on the African continent and in the diaspora, and whose works are thematically concerned with related issues. The show runs until June 20, 2015 at SMAC Gallery, Cape Town.

A vocal new identity for the Independent Opera