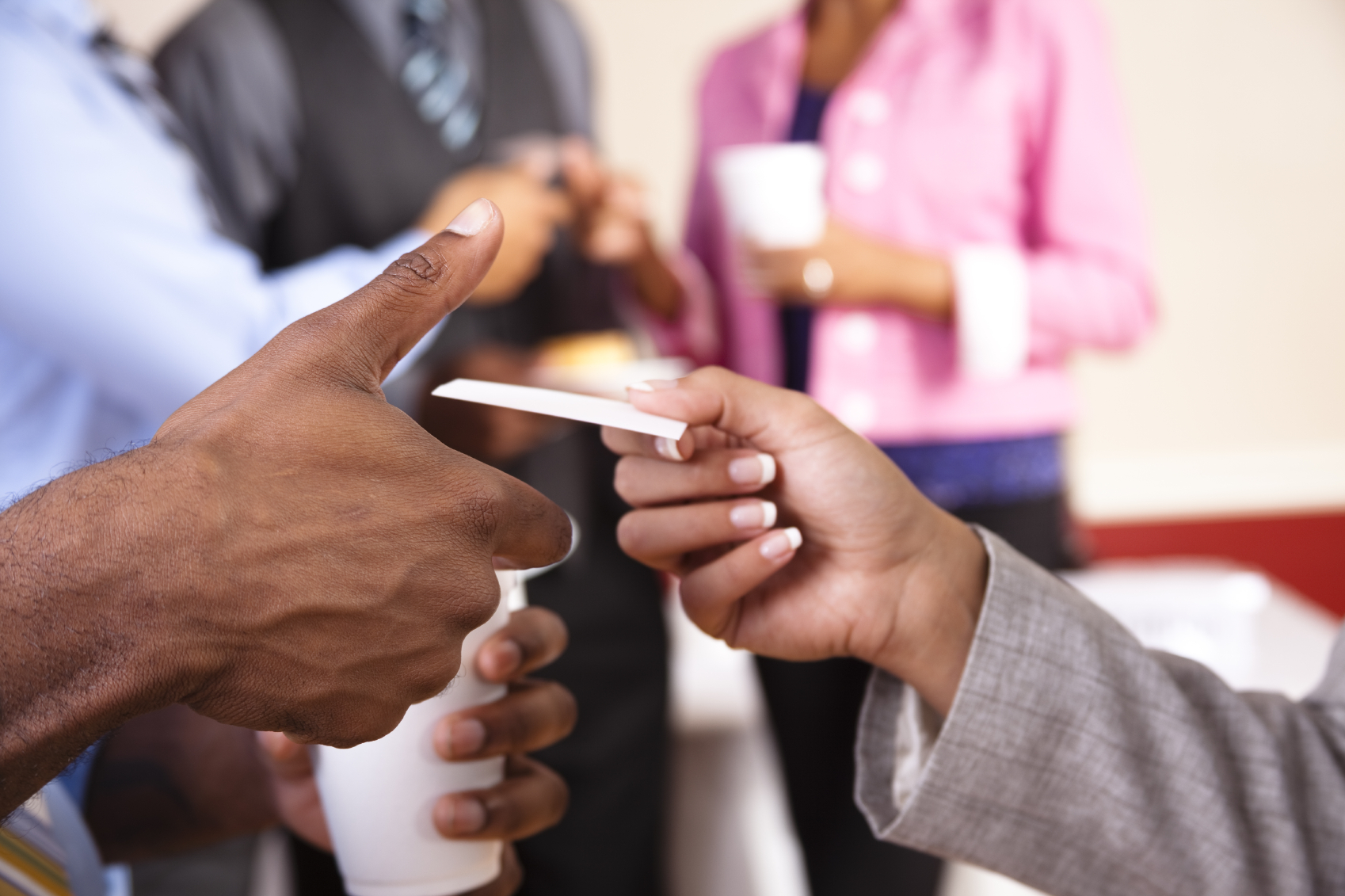 Do you need to network but hate the thought of it with a passion? Many designers might answer yes to this question.

Suppose that with the four ideas in this piece, you could turn up to any networking event and leave after two hours feeling that you’ve accomplished something. And furthermore, suppose that these ideas were useful for you because they play to your strengths. Have I got your attention? Here we go…

Idea number one: Set your intent by reporting back

Find someone you trust and tell them you are going to a networking event. Ask them if they would listen to you report back to them on the event the next day. Then, ask them to ask you two questions as follows:

Q1: How will you know that you’ve had a good evening?

Q2: What will you feel satisfied about when you leave?

State some answers – write them down if you like.

You will be conscious of this discussion as you go in. Then the idea of reporting it will leave you. And as you are leaving it will re-emerge. The task to report back on the event will make the event easier. It will stop being about you and become more like something you have to do. If you want to leave quickly, you can.

Idea number two: Set your antennae on listen and be present

Go along with the attitude that you are going to listen more than you talk and pay exquisite attention to people when they are speaking. Place yourself on receive rather than transmit.

A networking event can be hell if everyone is speaking at each other. But if you are the one that is listening you have a shot at walking away with something useful. People notice you listening to them and they will like the fact that you do. They will want to talk to you again. And that’s the point of networking.

Idea number three: When it’s your turn to speak, less is fine

Be prepared to introduce yourself, but keep it short and simple, your name, your company name, what you do and who you do it for.

Here’s mine. “I’m John Scarrott. I’m a trainer and coach working with design, brand and creative consultancies on influential communication, selling, speaking and presenting and networking.” This often leads them to ask me a question, which I answer. Then I ask them a question, and we’re off.

It has to start simply otherwise it won’t start at all. But then it can be built and co-managed.

Idea number four: When you get there, how to break the ice

Find the person who invited you. When you find them ask them who they can introduce you to. They will want to be a good host. They will get you going. Then when that first conversation starts to flag, ask them: “Who else do you know here?”

Why will these four ideas be powerful for designers?

They overturn the idea that the best networkers are extroverts who work the room and get everyone’s attention with their amazing pitch skills.

This is not true. The best networkers are those that prepare, listen and can make the first connection that leads to more. And they know when they’ve done enough to go home. And if going home is high on your list, why not try the above ideas and let me know how you get on.

Thanks to Alice Darbyshire for her insight.

John Scarrott is a trainer and coach specialising in selling, speaking and presenting and networking. Follow him @JohnDScarrott.

How young designers are helping people with Parkinson’s