New-York based studio Fictive Kin has designed a new meditation app, which encourages people across the world to meditate live as part of a group, in a bid to “bring people together” in digital space.

Tap In: Meditation was initially conceptualised by Margaux Le Pierrès, who is design director at Fictive Kin and a reiki teacher — a form of alternative medicine focused on “energy healing”.

Le Pierrès has designed the new platform to create a “timeless tool that can improve a person’s day”, she says, while offering a “raw and unscripted meditation experience”, compared to existing meditation apps, which are often pre-recorded. 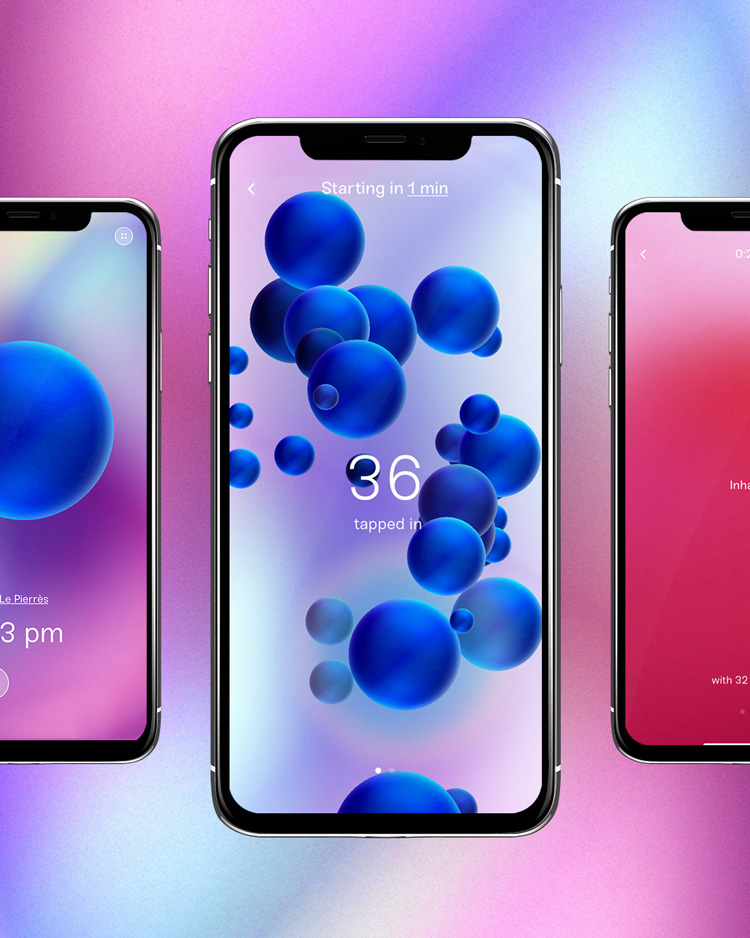 “At the heart of ‘live’ meditation is the idea of bringing people together,” she says. “Our sessions are broadcast by participating teachers. This creates the opportunity for them to tailor content to that specific day, season or current event, and introduces a sense of human-ness to the practice.

“Stumbling on words or a cough reminds the meditators that the experience is live – in a world often curated to mask the beautiful imperfections of humanity, Tap In looks to embrace the blemishes of life.”

Tap In has an intentionally simplistic user interface (UI) design, featuring only one option in the form of a “Tap In” button, which starts a meditation session. This “stripped back” design looks to use technology to “support rather than distract” users, says Le Pierrès. 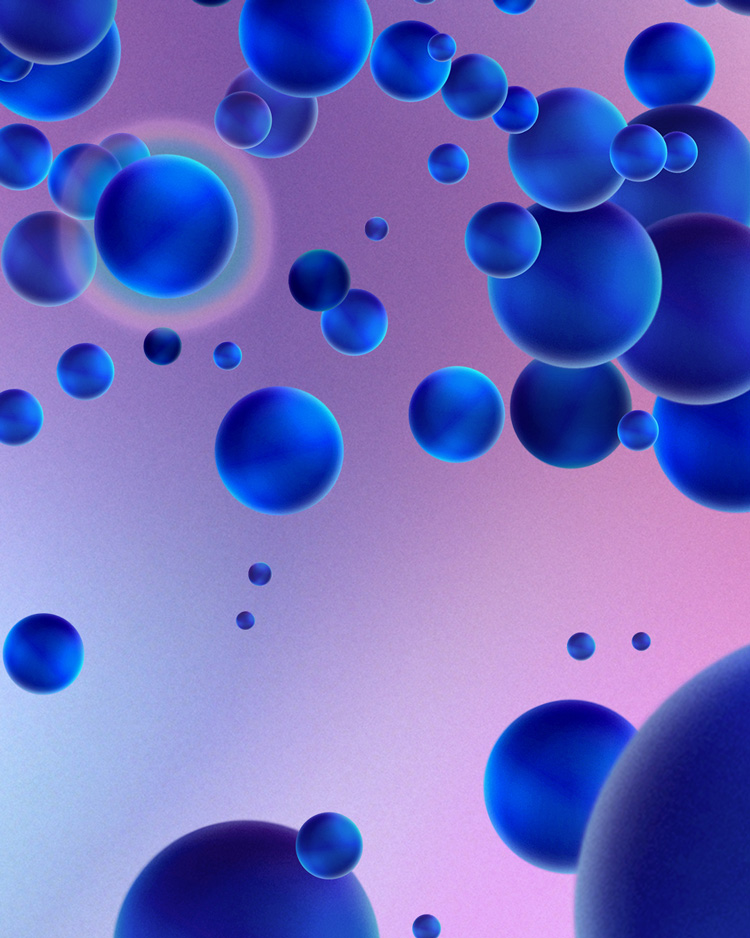 Users receive a notification on their phone at 2.55pm every day to open the app. For five minutes, it plays “ambient music”, and users can see as other people start to “tap in”. Users are represented as abstract, visual spheres, which move and undulate around the screen as part of the graphics.

These orbs have been inspired by Le Pierrès’ personal interpretation of energy as “ribbons and blobs of undulating colour”, and also reference how some people see colours when practising reiki energy healing, she says.

At 3pm, a teacher begins a live meditation, which is broadcast to everybody who has tapped in. Users can choose from three options, which are vocalised to them; close their eyes, keep their eyes open and watch the “swirling” graphics on-screen or swipe right and synchronise their breathing with a visual guide, which shows a peak rising and falling in line with inhalation and exhalation.

Each session lasts 10 minutes and takes place at the same time every day. While people around the world can use the app, the meditation takes place at New York’s 3pm, which is Eastern Standard Time, meaning this will be a different time depending on what continent people are in. This is 8pm UK time, for instance.

Different teachers take the sessions, meaning meditation style is varied, with some focusing on breathing, and others on imagination-based mindfulness, such as asking users to imagine certain things such as “[their bodies] filling with warm gold light”, says Le Pierrès.

Sessions may also respond to current affairs, for instance by asking users to reflect on victims of national disasters, or on events such as International Women’s Day.

At the end of the session, users can choose to write a note, which is prompted by questions such as what feelings or traits they would like to foster during meditation.

Unlike other apps, Tap In does not store any content or user session progress, meaning the user starts afresh each day. This aims to instil the “Buddhist teaching of non-attachment”, says Le Pierrès; the philosophical concept also known as detachment, which encourages people to overcome an attachment to physical objects, in order to achieve a more fulfilled life.

Le Pierrès says that meditating in a group removes the “separateness” of individual mindfulness by instilling a community mentality that people can “connect and identify with”. She adds that it also helps to create a sense of “accountability”, as she feels the communal aspect encourages people to meditate more regularly. 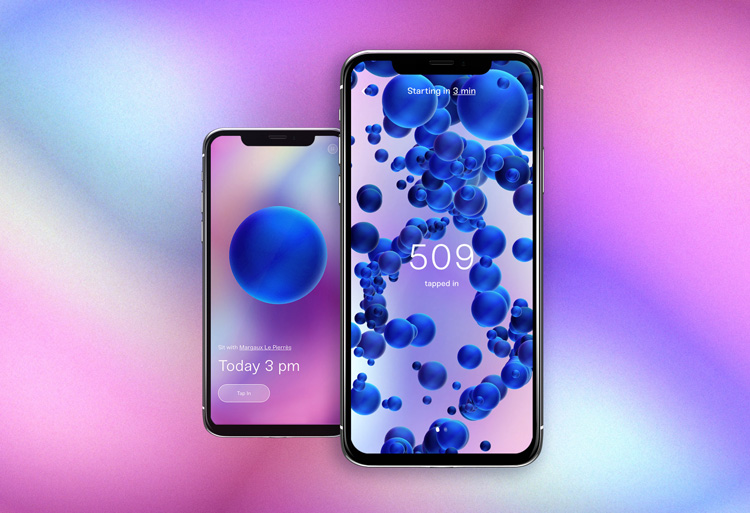 “I’ve found that it is easier to show up for other people and dedicate myself to finding a deep meditative state for the greater collective, rather than just for myself,” she says.

While sessions are broadcast live, users can be based remotely, so are not situated in the same physical space.

Responding to how this could affect the benefits of group meditation, she says: “Although people do not have the added benefit of being in the same space where they can see and hear people, can we absolutely discount the idea that we can feed off a collective energy as part of a larger, disparate group?

“Tap In offers an alternate experience to group meditation in real life, but we wouldn’t claim it’s a replacement,” she adds. “Sitting with a ‘real’ group of people is tremendously powerful, and there are nuances of this practice that digital means cannot replicate at this time. We’re simply exploring the space of digital group meditation.”

Tap In: Meditation is available to download on the App Store for Apple/iOS devices now. Fictive Kin is currently looking into making a version for Android devices.