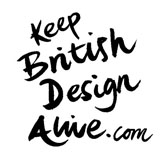 As the Government opens up the debate on the future of British design, Scott Billings discusses the challenges ahead

From now until November, anyone with anything to say about the future of the design industry can do so and expect their opinion to be fed into a report heading to the Government early next year. It’s Whitehall’s way of consulting with those who know what needs to be improved, changed, introduced or removed from the industry before ministers make decisions on policies and initiatives.

This industry-wide consultation on the future of British design was launched two weeks ago by the Government’s Sector Skills Council for the creative industries – Creative & Cultural Skills – and the Design Council. It is part of the wide-reaching national Skills Strategy to improve skills in different business sectors and, according to the Design Council, the design sector is the first to launch such a consultation process.

The Design Skills Advisory Panel, put together by the CCS and the Design Council, has a number of propositions ranging from how to square up to the threat of the Far East and Indian economies, to proposals for a common design curriculum for schools.

Although the on-line questionnaire on these issues allows contributors some degree of open response, it is largely based on multiple-choice questions. A broader, more qualitative feedback is expected from industry meetings and regional road-shows.

It is clear that the wide scope of the consultation is likely to extract a varied set of opinions from designers, consultancies and other interested bodies. What is less clear is how these thoughts and recommendations might be united and galvanised into practical benefits for the industry.

Priestman Goode director and chairman of the panel Paul Priestman is aware of the scale of the task, but also the scope of the opportunity. ‘We have to answer the questions asked of us [by the Government] and the most important thing is to think really broadly about this and not be marred by what is out there already. It’s the bigger picture of what we can do. If we want to build a design centre on the Moon, then let’s do it. But let’s not worry about how we do it now.’

According to Charles Trevail, director at brand strategy consultancy Promise Corporation, promoting British design overseas is vital. ‘The big issue is that British design and designers are some of the best in the world and there is a huge need for this globally. But we are woefully poor at promoting it,’ he says.

Immediate changes to the industry are unlikely, given the multi-layered process ahead. A distillation of the feedback will be presented in a Skills Plan document which the CCS will incorporate into a Sector Skills Agreement reaching across the advertising, crafts, cultural heritage, music, performing, literary and visual arts sectors, as well as design. This ‘agreement’ will then be delivered to the Department for Education and Skills in February 2007. What happens after that is unclear.

And the size of the task in formulating a coherent, unified programme from responses is signified by the differing opinions of the panel itself. Although formally presenting a consensus on proposals for international consultancy accreditation, for example, individual panel members’ views on the efficacy of such as system are varied.

‘There are different views, but we came to a consensus,’ says Lesley Morris, campaign leader for Design Skills at the Design Council. ‘Some people wanted to call [the proposed accreditation system] professional recognition, which can mean a whole range of different things, whereas accreditation makes people think of other industries where businesses are very heavily accredited, such as architecture. But the term accreditation was chosen because then people know what you’re talking about.’ 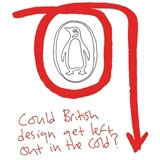 The Chartered Society of Designers offers accreditation to consultancies through its Design Association, which chief executive and panel member Frank Peters argues already has worldwide usage. ‘The CSD and DA will not merge into any schemes, as our credibility, built up over 60 years, is maintained by our independence as the professional body for design. Whether there is a need [for another system] should be determined by the consumer in a free market,’ he says.

Chris Thompson, panel member and director of Education & Professional Development at D&AD, is concerned that the consultation programme does not eclipse the existing work that is being undertaken in the areas of training, business development and education. ‘Let’s not start again from scratch. That would be a waste of time, resources and money. I’ve reminded [the panel] time and again of what we’re already doing. In terms of accreditation, how much more is needed and will it just create more noise?’ he asks.

Although open for discussion, the panel has already constructed the basis for its contribution to the CCS, centred around academic education, professional development and accreditation. ‘We have to take it back to the Government,’ says Priestman. ‘If we’re met with a wall of silence from the industry then that tells you something, but I would hope not. And I’m very concerned that we don’t get bogged down in in-fighting and nitty-gritty. There’s a bigger picture than this.’

CONSULTATION ON THE FUTURE OF DESIGN:

• Industry-wide consultation on future of British design will run through www.keepbritishdesignalive.com and regional road-shows

• Key proposals include a system of international accreditation, a design curriculum, improving professional development and bringing education and business together