Yinka Ilori and Es Devlin have revealed the design of this year’s Brit Awards trophies.

Next month’s ceremony will be the 41st edition of the Brit Awards, and will take place at London’s O2. This year will be the first time winners will be awarded with two trophies each. The intention is that one can then be given away to someone that each winner “considers worthy” of celebrating. 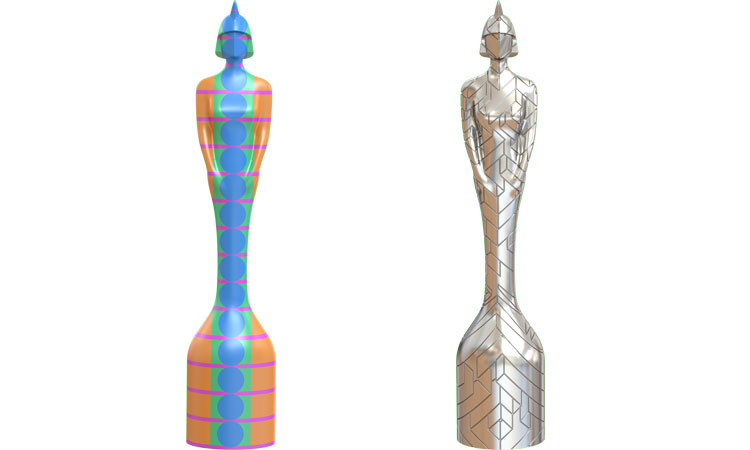 “An explosion of colour”

The main Brit Award trophy for 2021 sports Ilori’s signature bright colour palette. The designer says the statuette is inspired by his Nigerian heritage.

“[It is] an explosion of colour and nod to my aesthetic [and] based around my storytelling theme,” he says.

Meanwhile a smaller trophy has been designed by Devlin. Featuring a silver maze-like pattern, she says the design “celebrates the paths many of those working within the creative industries have had to tread in order to progress through this challenging year”.

The tradition of sought-after designers developing the statuettes for winners is a long one. Previous designers of the trophy include Damien Hirst, Dame Vivienne Westwood, Zaha Hadid, Tracey Emin and Sir David Adjaye.

This year will be the first time “two very different and visually striking” statuettes have been designed. The idea was developed by Devlin and Ilori, so that winners could recognise the work of someone else in their life, be it a family member, friend, neighbour, colleague, artist or key worker.

“Yinka and I thought that the best award that one could receive would be agency to award another,” says Devlin.

Ilori adds: “The idea came from the experience of lockdown, where your neighbour you’ve lived beside for six years and never say hello to suddenly gave you flowers, foods, acts of kindness – I wanted to capture that.

“I would describe it as two artists from different disciplines, different inspirations, coming together to design a trophy based around the idea of giving something back – acts of kindness.” 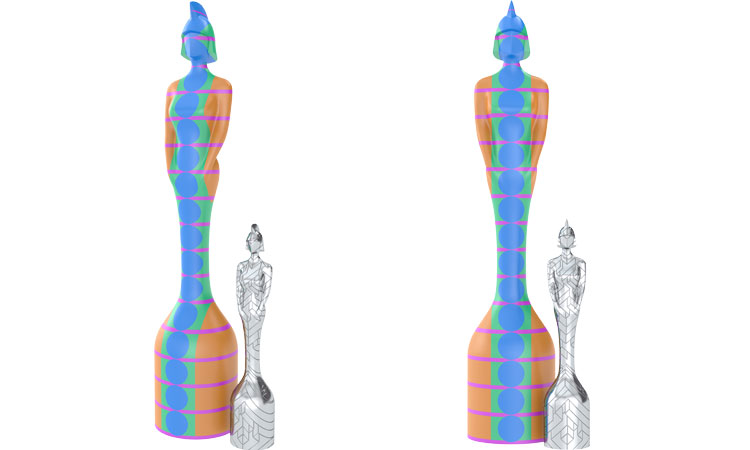 After a year of remote celebrations, next month’s ceremony will be the first major indoor music event to welcome a live audience since the onset of the pandemic – 2,500 free tickets have been gifted by the record industry to “frontline heroes and their guests”.

The indoor ceremony and live show will form part of the governments scientific Events Research Programme. It will feature “enhanced testing approaches” to examine how live events might be able to take place in the future without social distancing measures.

Last week, the Oscars also made headway with live audiences returning to celebrate the year in film. This was done at Los Angeles’ Union Station in a four-part set designed by David Rockwell.