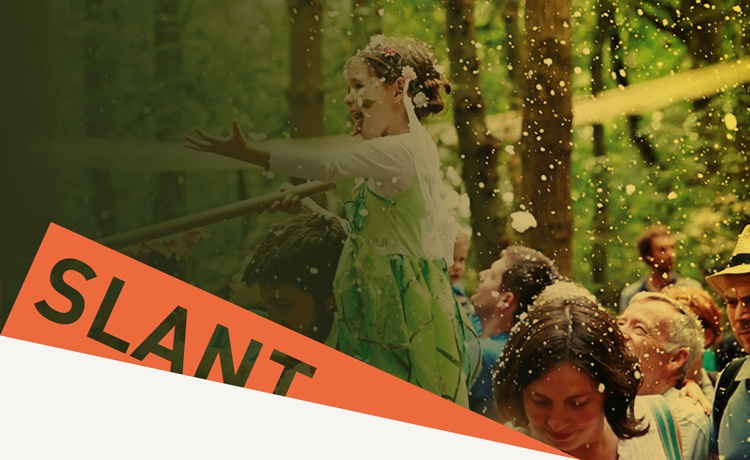 Cheshire has launched a new programme that aims to position the Northern county as an “alternative cultural destination” that offers more than “countryside”.

Slant is a three-year, arts and culture programme made up of 15 events, including festivals, exhibitions, performances and venue openings, taking place in the North West of England across Cheshire and Warrington.

The branding for the cultural initiative and campaign has been designed by Edit_. Karen Hughes, creative director at the studio, says: “The programme will allow Cheshire to reposition culture as a prominent offering in a county traditionally known for countryside, pretty villages and historic towns.”

The project also hopes to widen audiences for arts and culture in the county, and enable Cheshire to become a tourist destination.

The name “Slant” is accompanied by strapline “Cheshire’s angle on arts and culture”, with a logo composed of a slanted wordmark set against a triangle which doubles up as a page fold symbol.

The angle imagery aims to “represent another view of arts and culture in Cheshire”, says Hughes, and position the programme “as a quirky alternative to the cultural offerings of Cheshire’s metropolitan neighbours”.

A “fresh and vibrant” colour palette of pink, purple, orange, yellow, green, blue and black has been used, alongside “utilitarian, neutral” typeface Din, which aims to be “legible” and “sit well” against partner branding and imagery, adds Hughes. A gradient of colour has been used to overlay photography, which includes a wide variety of people attending and taking part in events.

Slant has been funded by the Arts Council, and created in collaboration with local agency Marketing Cheshire.

Rachael McQueen, director of tourism for Marketing Cheshire, says: “Slant is a huge positive for the region. It will increase visitor numbers, diversify those visitors and ultimately increase income for the region through culture and tourism businesses.”

Slant launched this month, with events running until 2020. The branding has rolled out across print marketing materials and online. For more information on the cultural programme, head here. 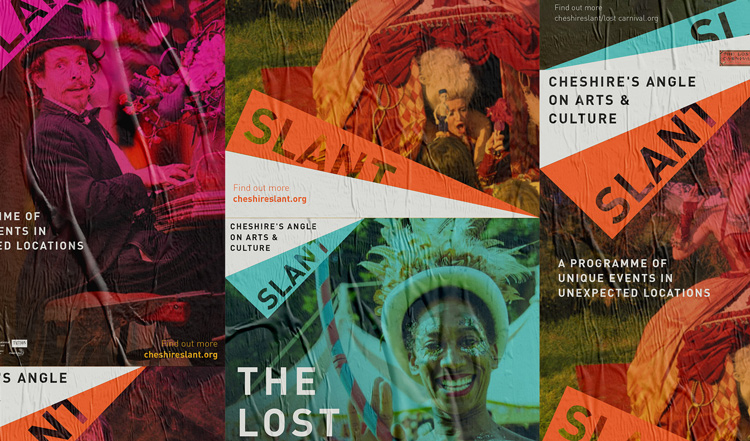 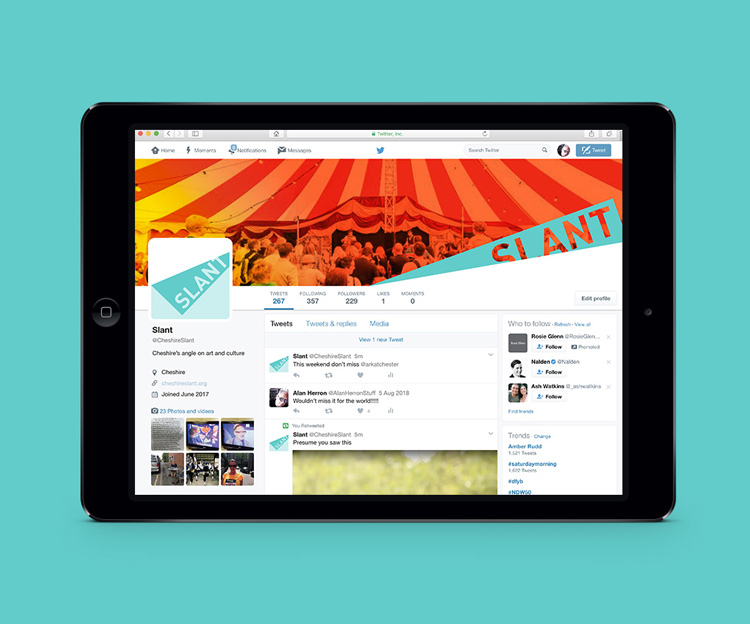 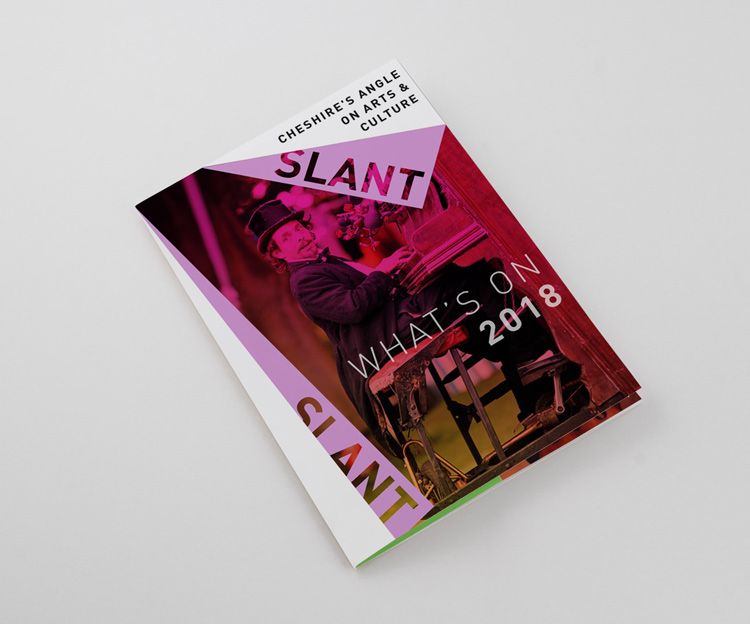 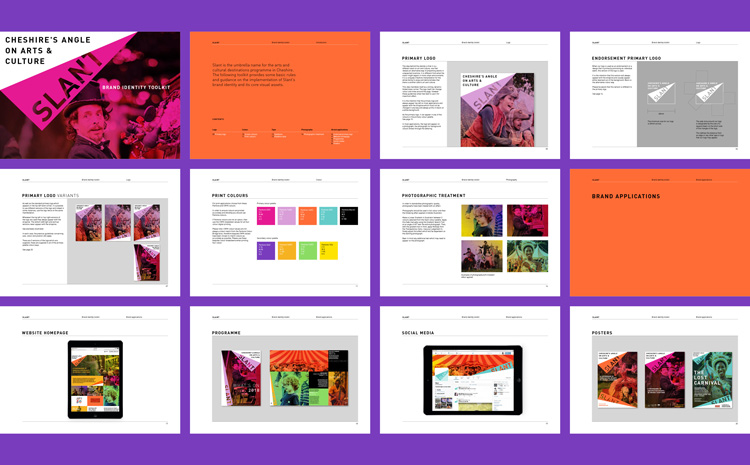