Tech company Argineering has revealed its RGKit Play product, which seeks to “reimagine” how designers approach motion in their work.

RGKit is a “modular wireless motion control kit” aimed at a range of designers, from animators to illustrators and those working in videography, according to the company. 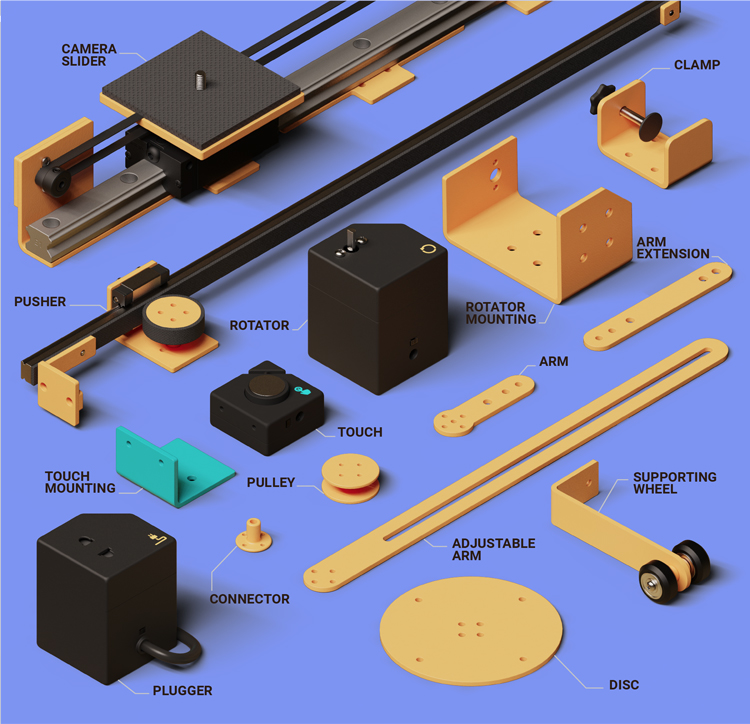 The kits comprise a series of motors, light controllers and sensors which control how the camera moves as well as the designs being shot.

The company launched a Kickstarter campaign in September 2020 and has already received almost five times its funding goal.

A “greater flexibility” for designers

Argineering community manager Zach Stathopoulos (who has a background in product design) tells Design Week that the kit offers a “greater flexibility” for designers across disciplines.

The aim of RGKit is to provide a “uniform” world of accessories, says Stathopoulos, which connects the camera rig, sliders, and other accessories.

It’s also wireless, and can be controlled by an app. “You don’t have to worry about connecting things or wiring stuff,” he says. 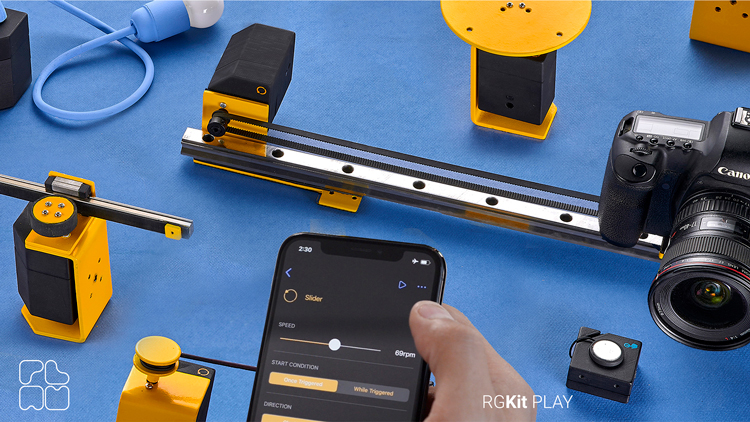 Sectors that could benefit include set design, exhibition installations, and designers creating content for brands’ social media pages, according to Stathopoulos.

He also says it’s also aimed at creative directors who might want to “up their game” without spending thousands of pounds. Prices start at around £115.00.

Stop-motion designers are another obvious target, according to Stathopoulos, and there are API plug-ins so it can be plugged straight into stop-motion software.

In a recent careers piece, Design Week talked to designers about navigating the current job market, which has faced uncertainty because of the pandemic.

Stathopoulos hopes that the kit will encourage this kind of “cross-disciplinary learning”. “We want creatives to have a new tool, to start engaging in a different way,” he says.

The kit is also relatively small and light, he adds, which means it can be used at-home or transported easily.

Part of this is a more “interactive approach”. In the kit there are accessories which can be attached to a surface so that it becomes a “sensor”, Stathopoulous says.

He gives an example for shooting food photography: if you dropped fruit onto a platter, the sensor would be triggered and it could start to rotate.

All design at Argineering is done in-house, from the website to an Augmented Reality app which shows people how products work. This also includes the product design, UX for the app and branding.

“Going back to vinyl”

RGKit is in some ways “going back to vinyl”, Stathopoulos says. “Lots can be done by video software” but the kit aims to offer a bridge between physical and digital worlds, he adds.

Examples of the work show how physical typography can be animated for use in a digital setting.

The kits are available in a few different ranges, which have been influenced by the company’s diverse design background (from robotics to interactive design). These include a videographer kit, content creator kit as well as a base version.

Stathopoulous likens the product design of the kit to Lego or Meccano, in the way that those toys encourage a sense of modularity and customised building.

The company aims to ship the first round of kits in June 2021, though if a higher funding goal is reached that date might move up to February, according to Stathopoulous.

In the future, the company hopes to add new accessories which will incorporate different technology such as light sensors.