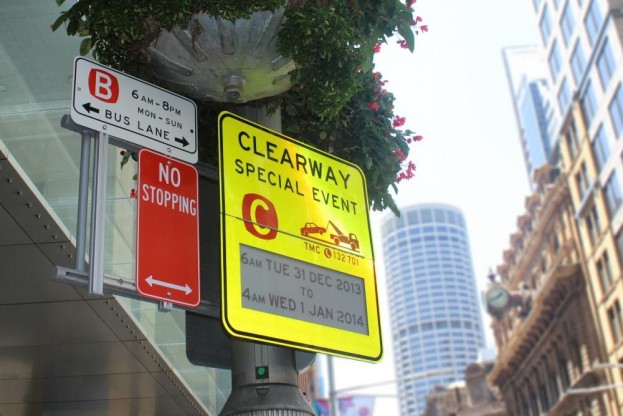 Electronic ink road signs that can update to show real-time information, are being trialled in Sydney, Australia, but signage design experts say issues around legibility could hamper their use.

The Australian Road and Maritime Services department is updating Sydney traffic signage to incorporate electronic ink and paper – a technology that is more commonly used in e-book readers and smart-watches.

ARMS is working with US manufacturer E Ink and Slovenian company Visionect, which has developed a platform for managing e-paper traffic signs.

Visionect claims this is the first time e-ink has ever been used in road signage. The new signage is powered by solar energy and updated using a wireless network – it gives Sydney “100% self-sustainable traffic signs” according to the company. 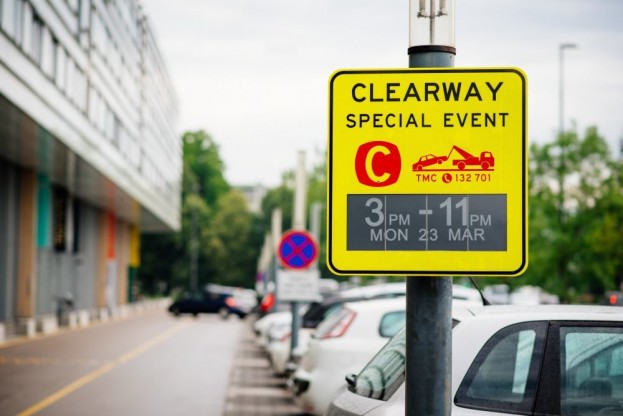 Tim Fendley, partner in consultancy Applied Wayfinding, says there are benefits from using e-ink in signage, but that legibility issues could cause problems.

Fendley says: “E-ink’s big advantage is that as soon as the image is set then it doesn’t need to be powered. But it still needs power to change and if it’s live it needs an e-connection.”

He adds: “Its disadvantage is legibility – light grey and dark grey is not good. For variable signs it could be a cheap option, but I think legibility is more important for vehicular traffic.”

Visionect says the signs used in Sydney have been through “extensive outdoor testing” and have “clear visibility no matter the light conditions”. It says a front panel light on the sign is triggered when it gets too dark for drivers to be able to read the signs. 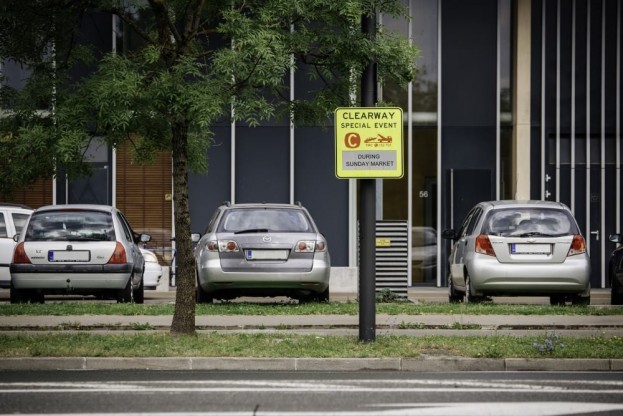 Fendley says other options where e-ink could be used could be parking meters and parking information signs, “where you could go up to them and read them, and someone could walk round and plug in a computer to change the message.”

Ian Whybrow, director at Whybrow Wayfinding, agrees that e-ink has potential in signage but that legibility remains an issue.

The consultancy is testing e-ink for a current project and Whybrow says: “E-ink is certainly something we’ve had our eye on for some time now due to the obvious benefits of being able to update the message in real time.”

He adds: “Despite the benefits of flexibility and low-cost, we’re still carrying out user testing as we have slight concerns over legibility – in particular clarity and contrast at varying reading distances.”

Visionect says that e-ink traffic signs could help save cities money on temporary signage – it says that Los Angeles, for example, reportedly puts up 558,000 temporary parking restriction signs each year, at a cost of $9.5 million (£6 million).