M&C Saatchi has designed a London poster campaign which uses facial recognition to “evolve” based on people’s reactions.

The agency says that based on audience feedback, the adverts will strongest designs will eventually be selected.

The Artificial Intelligence Poster Campaign was set up on Oxford Street for two weeks, and will move to Clapham Common next month.

The project is based on the concept of genetic evolution, says the consultancy.

Cameras are installed into the posters, which use face tracking to measure engagement of passers-by, based on whether they look “happy, sad or neutral”.

Through recognition technology Microsoft Kinect software, the posters then use a genetic algorithm to test different poster versions, and determine which is the most popular.

The different versions are based on changing variables: design features – or “genes” – such as font, colour, images, copy and layout.

Survival of the fittest

Morten Schmidt, creative at M&C Saatchi, says that the advertising experiment is based on “Darwinian theory”, where some of the weaker “genes” will be “killed off”, and therefore “don’t go through to the next course”, leaving the strongest designs.

David Cox, chief innovation officer at M&C Saatchi, adds: “The ads evolve in a similar way to an organism in nature – survival of the fittest. The ads that get more attention are more likely to reproduce with each other, creating a new generation of ads with better-performing genes.”

The campaign started with displaying an advertising poster for fictitious coffee brand Bahio, which was the “most neutral and boring brand we could think of”, says Cox. It began with a red background, gold borders and italic logo, then changed and “evolved” as the campaign developed.

“As time passes, the experiment will show us whether pure technology can create attention-grabbing ads,” he says.

Schmidt says it is not yet possible to determine the conclusions of the project, due to it being in its early stages.

The campaign experiment has been undertaken in partnership with out-of-home advertising consultancies Posterscope and Clear Channel UK. It ran at bus shelters on Oxford Street until 24 July, and will be based at Clapham Common from 10 – 21 August. 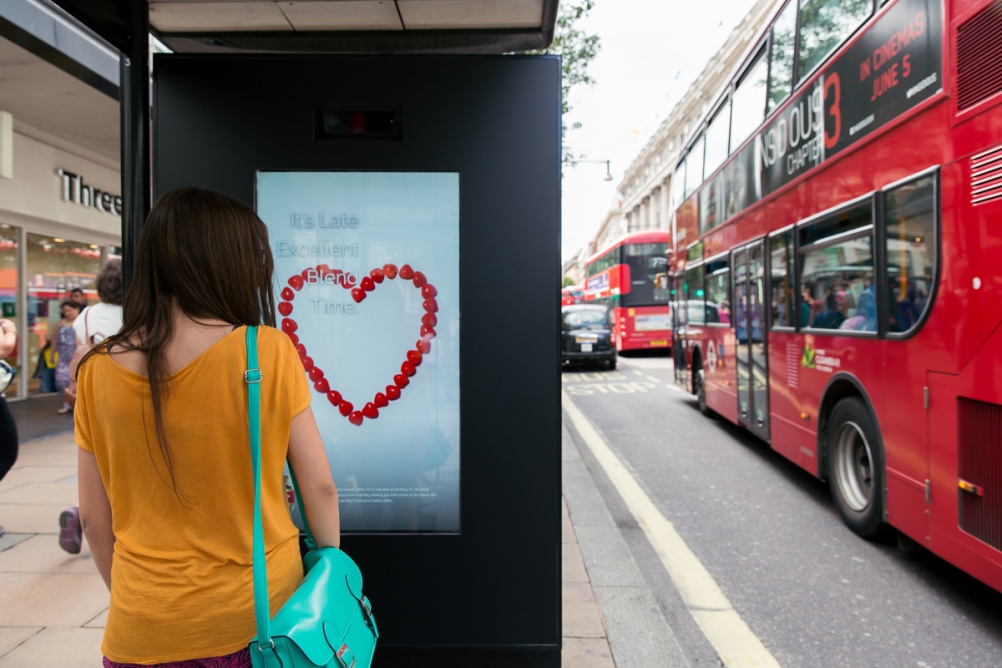 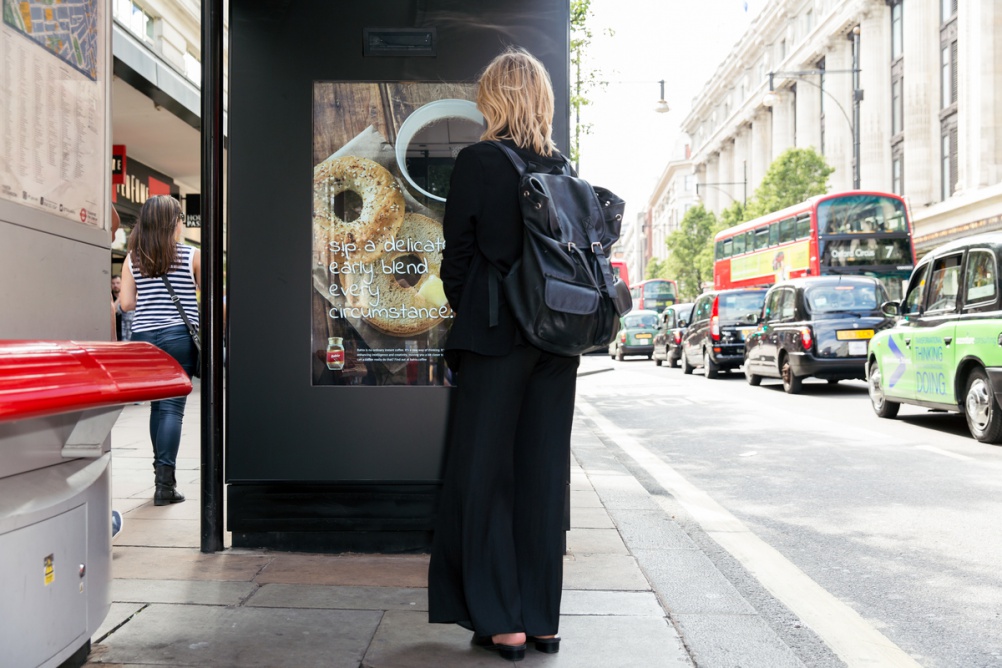 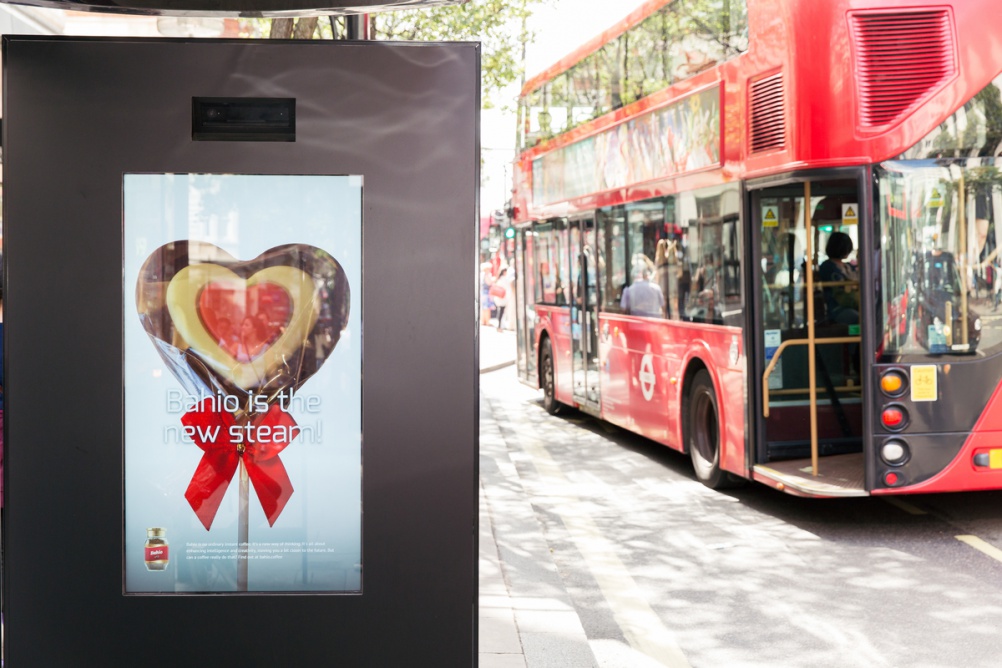 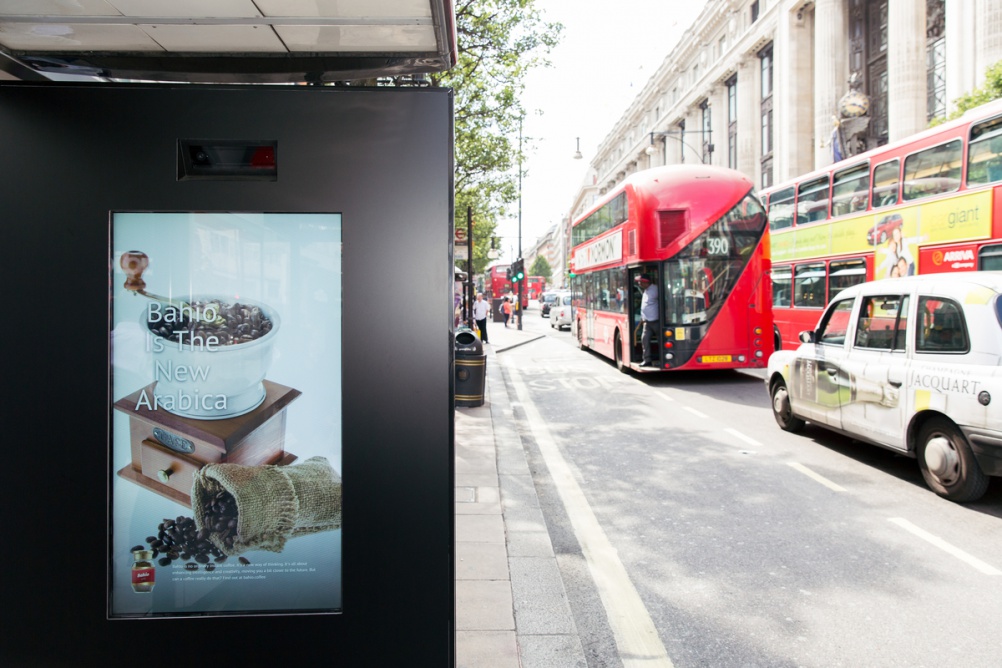 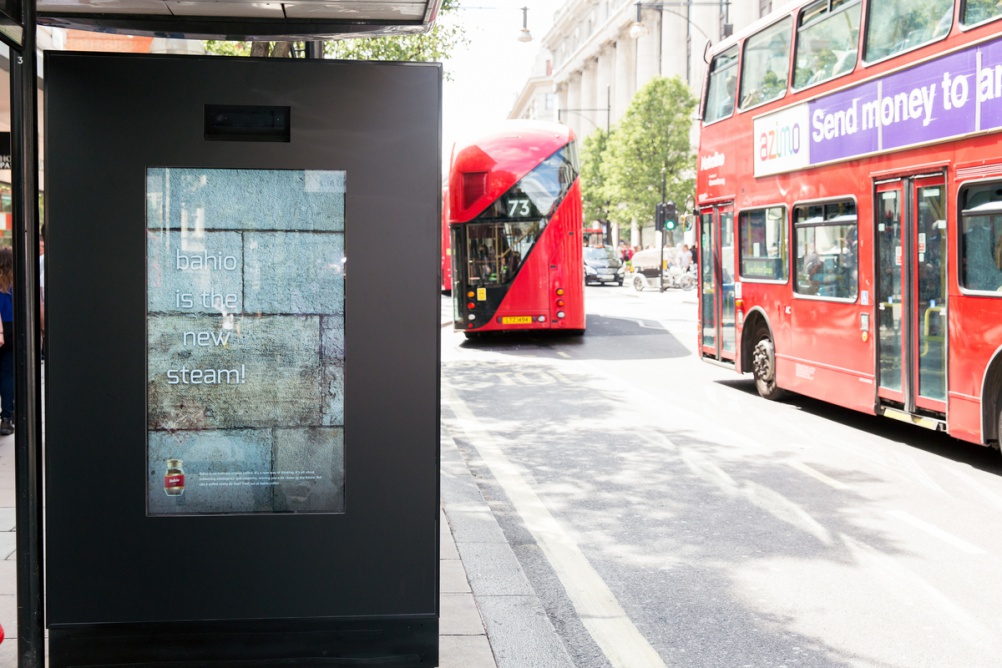 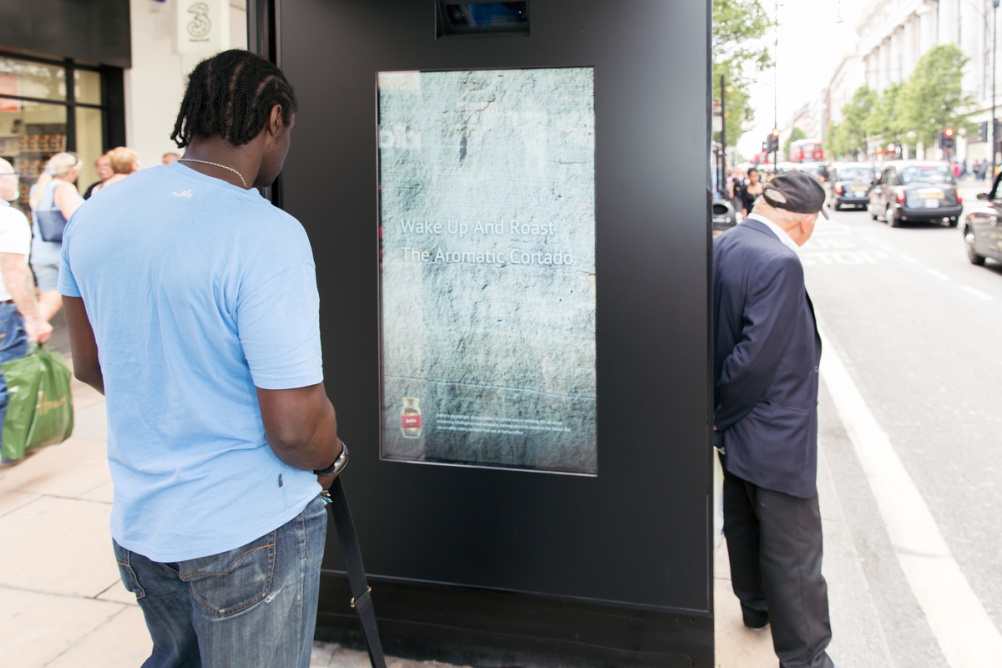