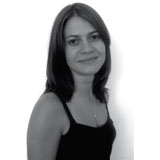 The Holy Grail lies in how women shop for cars. It’s a curious mix of obsessive practicality versus drop-dead style. Show me a car that’s a tuk-tuk during the week – that is to say free from things such as congestion charges, car-jacking, bad hair, pollution and traffic jams – but after 7pm on Friday night it turns into an SLK. Cinders wants a car that’s more than a handbag.

I don’t think there’s any reason to tweak cars to appeal to women. I myself happily and fondly drive an ancient diesel Mercedes – the taxi of Eastern Europe with nothing feminine or lovely about it – so maybe it’s a personal thing. But you only have to witness the number of blonded bankers’ wives driving four children around Chelsea in monstrous SUVs to know that women like cars to be powerful, efficient and stylish in a way that associates with the machine rather than the baroque. I think I’m not alone.

If men see cars as an extension of their identity, women see cars as a compromised box around who they’re perceived to be. Witness the massive appeal of SUVs as a family car that didn’t scream family and its subsequent image decline once it became associated with suburban motherhood. It’s not about more cup holders – it’s about credibility and respect. 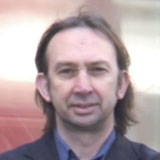 There’s much debate about reducing congestion, which misses the point that for many people, particularly more patient women drivers, traffic is their only ‘time-out’. So I suggest some spa-like features, perhaps a nail buff and integral neck, body and foot massage would go down well. And as for the interior construction, let’s chuck out plastics and get organic. Of course, the reality is that something designed to be better for women will often be better for men too. When you look more closely at how people are rather than default to gender patterns, you tend to arrive at better design.

Contest over site for national design centre hots up

The industry’s future looks bright, but let’s hear your ideas