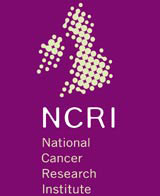 The Workroom has created a five-figure identity for a high-profile Government and cancer research charity umbrella organisation.

The logo for the National Cancer Research Institute will be unveiled to the general public in summer.

The NCRI is a partnership between the Government, charities and the private sector and was set up last year to provide an overview of cancer research in the UK and streamline research.

The consultancy was briefed to communicate the role of the organisation to the scientific community and cancer research charities, as well as the general public.

Key concepts such as the NCRI’s scientific research nature and national coverage are conveyed through a purple, molecular-style map of the UK. ‘The logo depicts a contemporary approach which is what the NCRI is all about,’ says NCRI director Dr Liam O’Toole.

The organisation needs a consumer profile to help it influence Government thinking, but also has to be relevant to scientists involved in cancer research, says Workroom creative director Martin Devlin. The marque works on both counts, he adds.

The typography ‘reinforces the cutting-edge nature of the NCRI’, Devlin says.

The logo will be launched across all forms of communication, which includes stationery, awareness-raising literature and an annual report, which The Workroom has also been appointed to design.

Designer Jo Webb led the project. The consultancy was appointed in October 2001 after presenting credentials to the client.

The NCRI is funded jointly by the Government and by cancer research charities, including Cancer Research UK, the Medical Research Council and the Marie Curie Research Institute.

The NCRI is designed to streamline and accelerate the advancement of cancer research in the UK by developing an overall strategy for cancer research and co-ordinating activities between member organisations.