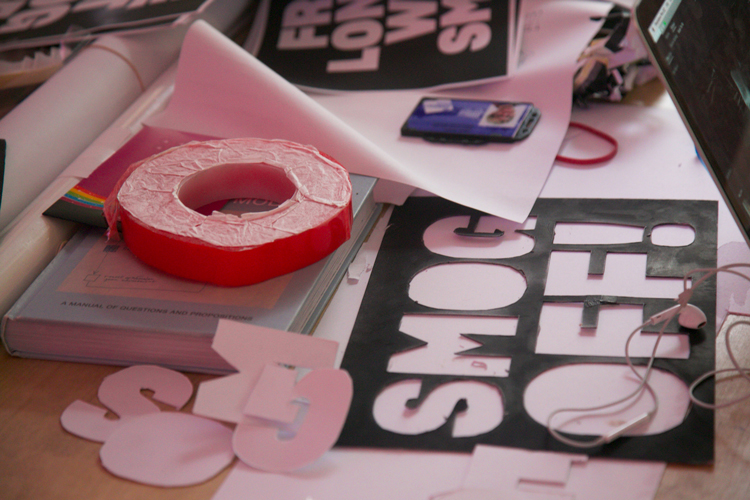 Air pollution is a huge issue in built-up areas in the UK. London, Birmingham and Edinburgh are a few hot-spots for poor air quality, mostly due to carbon and nitrogen emissions caused by traffic and factories.

This environmental problem is linked to conditions such as heart disease, lung cancer and asthma, and in 2016, the Royal Colleges of Physicians and of Paediatrics and Child Health found that polluted air could be causing up to 40,000 early deaths a year in the UK.

Perhaps making the issue hard to tackle is the fact that, unlike landfill waste and the effects of plastics, or litter on the streets, air pollution often cannot be seen, and so is hard to quantify. There are also many other factors linked to lung-related diseases, such as indoor issues like second-hand smoking, and gases given off by home appliances and air fresheners.

Makerversity, a group of designers and makers based in London’s Somerset House, set about coming up with concepts that could help tackle this invisible issue, and draw the public and Government’s attention to the dangers of polluted outdoor air. 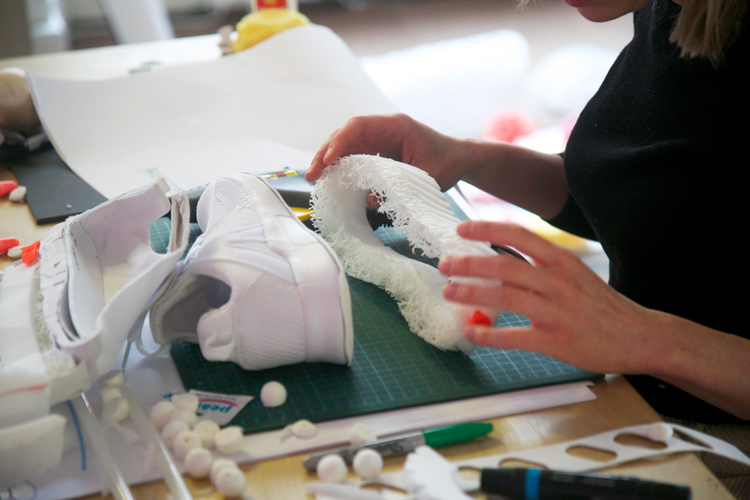 The group hosted a series of events, including a workshop or “hackathon”, where different designers came up with ideas. The Climate Change Hack is part of a series of hacks that Makerversity are putting on to tackle different social issues, called Tools for Changes, having previously looked at tools for protest.

A panel made up of the public, Kings College London and climate campaign group Stop Killing Londoners then chose a winning and runner-up concept, which are currently on show in an exhibition at Somerset House.

The winning concept is a gritty and in-your-face campaign called Dirty Messages. Created by five designers – Jacob Boast, Jack Fancy, Sam McCormick, Rowan Minkley and Stacie Woosley – the awareness campaign is made up of a pack, which contains wet wipes and a petition.

London commuters are encouraged to wipe their face after a day of work, sign the petition on the packaging, and send their pollution-coated wipe to the London mayor’s office, in a provocative and up-front act of protest. 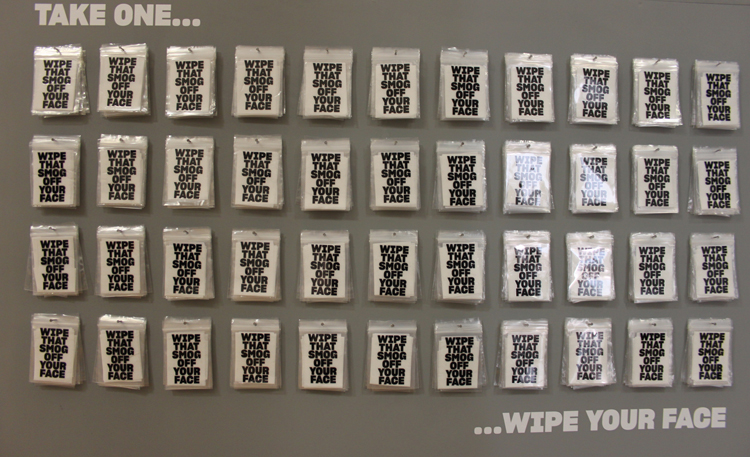 The campaign is accompanied by a series of responsive posters, which change in colour as polluted air particles attach to them, to be used across the London Underground to show different levels of emissions across the city.

While this is currently a concept and will not be rolled out city-wide, the wet wipe petition will be available to use in the exhibition, and the design team will collect these once the show has finished and send them to London mayor Sadiq Khan.

“So many campaigns these days involve signing an online petition and can make the participant feel powerless,” says Liza Mackenzie, public programme manager at Makerversity. “In giving this act a physical form, we are hoping it will have a greater impact and has the potential to be picked up by more people.” 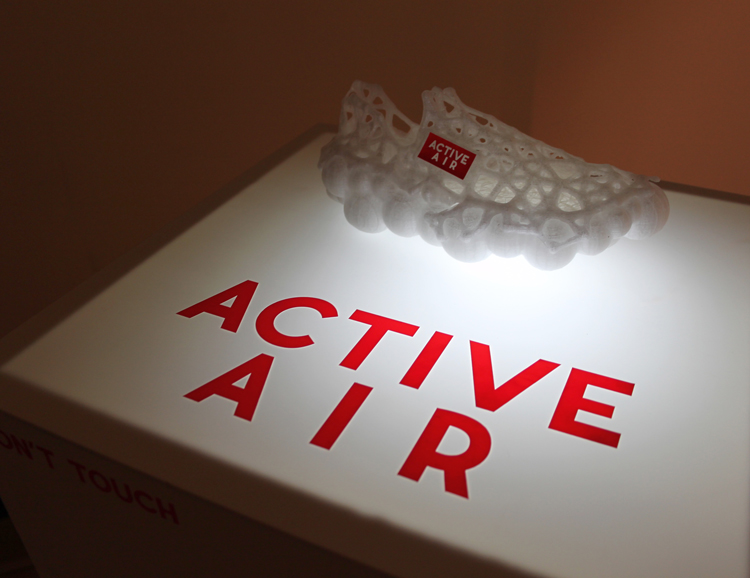 The runner-up project is ActiveAir, a shoe range that filters air. The trainers contain one-way valves in the soles, which let in polluted air, and then push it out through layers of filters when the wearer steps down, trapping toxic particles and releasing purified air.

Created by designers Sam Cryer, Sabina Weiss, Sam Roots, Yoojin Jung and Inês Marques, the makers claim that in a 1km walk, the shoes would filter over eight times the volume of air that a car emits in that distance.

The two projects aim to highlight the importance of cleaning up London’s air to London authorities, and stress to the public that they can take part in schemes that promote this cause.

“Clean air is a human right and should be higher up on our cities’ agenda, given how many people live in urban, built-up areas,” says Mackenzie.

She adds that the Government should be encouraging the public to play their part by incentivising people to use public transport or buy electric vehicles, and by providing bigger tax breaks for “environmentally-conscious start-up businesses”. One such company is Tree Wifi, which creates tree houses that emit free wifi in areas in Amsterdam, the Netherlands that have lower pollution levels.

The Tools for Change Climate Change exhibition takes place until 3 June 2018, with a talk on 31 May and a solar panel workshop on 2 June. For more information, head to Makerversity’s site. 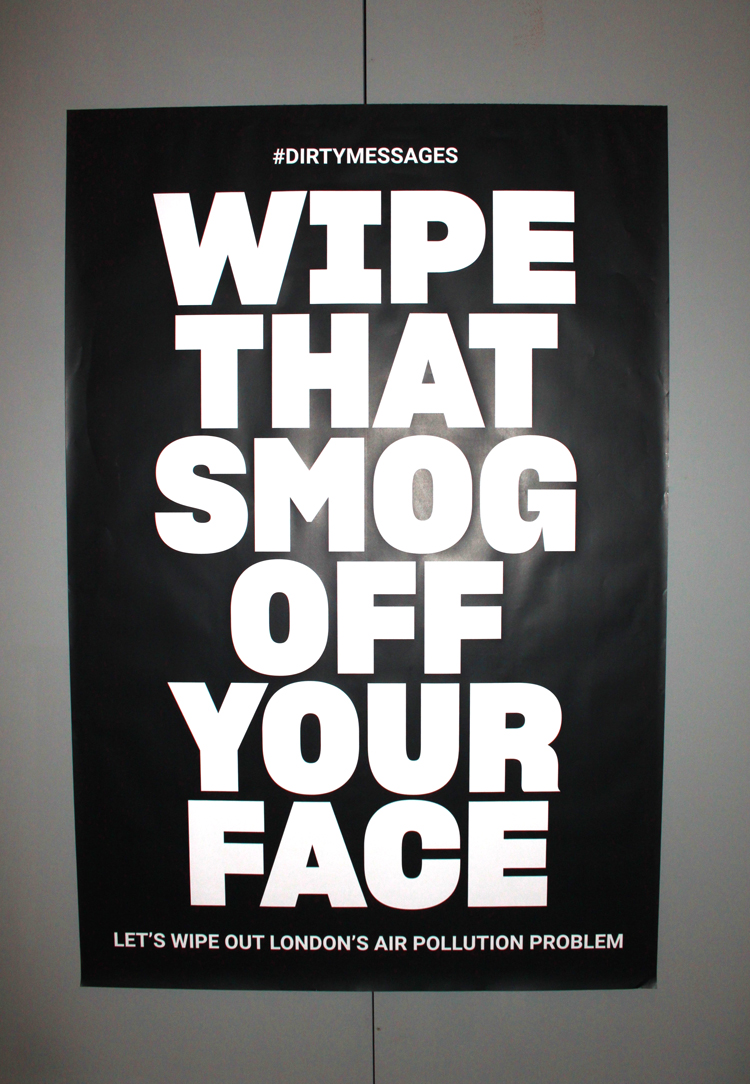 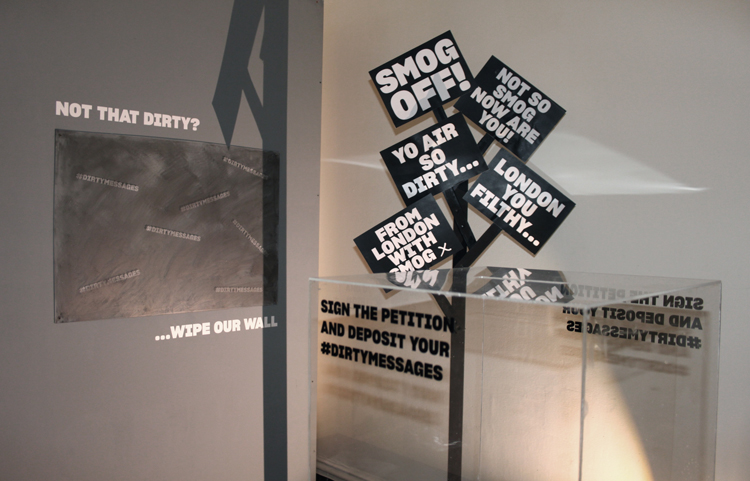 All photos courtesy of Makerversity.