The identity includes a new logo, visual assets for kits and merchandise as well as a bespoke typeface. 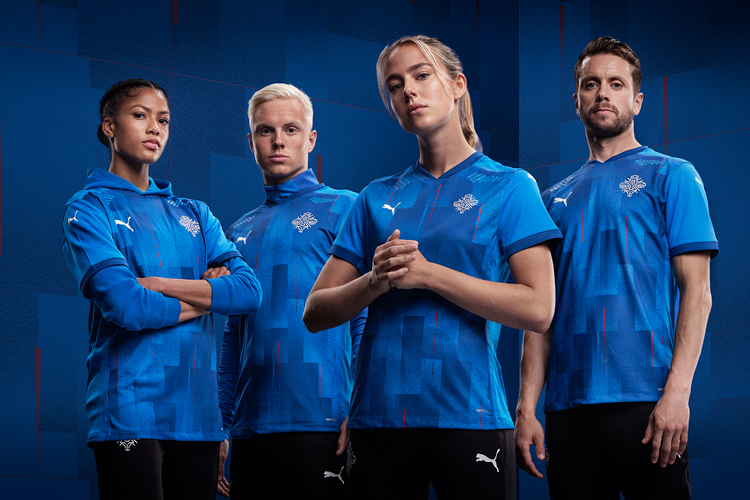 The Reykjavík-based studio has worked in collaboration with Football Association of Iceland (KSÍ) to create the new look, which has been prompted by the country’s recent sporting success. Though a small country in terms of population, Iceland has recently achieved success on the football field against its larger counterparts.

The men’s team reached the quarter-finals of the 2016 Euro championship, and brought a distinctive dance to the world stage. In 2017, Iceland became the smallest nation by population ever to attain a berth at a FIFA World Cup (though they went out at the group stages inthe 2018 tournament). As KSÍ says, this new branding marks the “next chapter” for the country.

The inspiration for the rebrand comes form Iceland’s history. An introductory video highlights the Iceland’s dramatic natural landscape and brings to life four guardians of the country: bull, eagle, dragon and giant. These are no ordinary creatures, however. Instead they take on mythic proportions. The eagle, for example, has a wingspan that fills “every valley from mountain to mountain”.

These folkloric creatures – “symbols of the unfaltering solidarity and harmony of a nation that never recoils against the storm” – take up a central part of the football identity. The video links their strength to the football teams’ prowess.

These four figures come together to form Iceland’s crest – used widely in visual systems for the country’s institutions – and also the basis for the football team’s logo.

The new branding is a modern take on this established history, aiming to be “intricate but clear” according to KSÍ. The result is a crest made up of more minimal, clear-cut lines that still aim to express the guardians’ spirit. The design “interweaves Iceland’s guardian spirits in a modern way”.

The football league points out that while crests are traditionally linked to knights’ shields, but that the updated logo “does not refer to knightship but our history, nature and heritage”.

The four parts appear to be modular, and can separate to represent the individual creatures. This ability for the protective guardians to stand alone is one of the identity’s strengths, KSÍ says. They can “form comprehensive frameworks in certain cases”. They can be seen in their distinct forms on the front and backs of football shirts, for example. 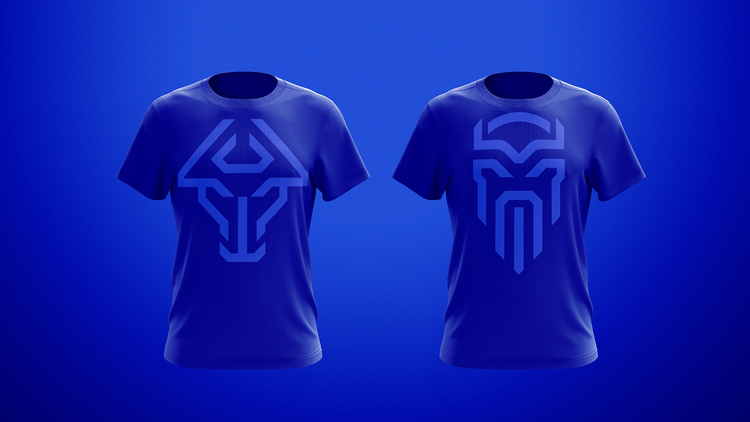 The guardian spirits logo will feature on the national team’s kits at the end of August 2020, according to KSÍ. In images, it appears on a range of merchandise from PlayStation controllers to reusable water bottles. 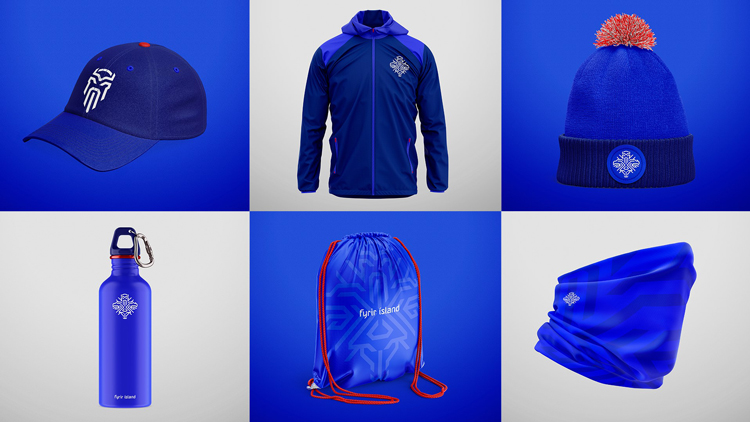 A typeface inspired by “craftmanship” 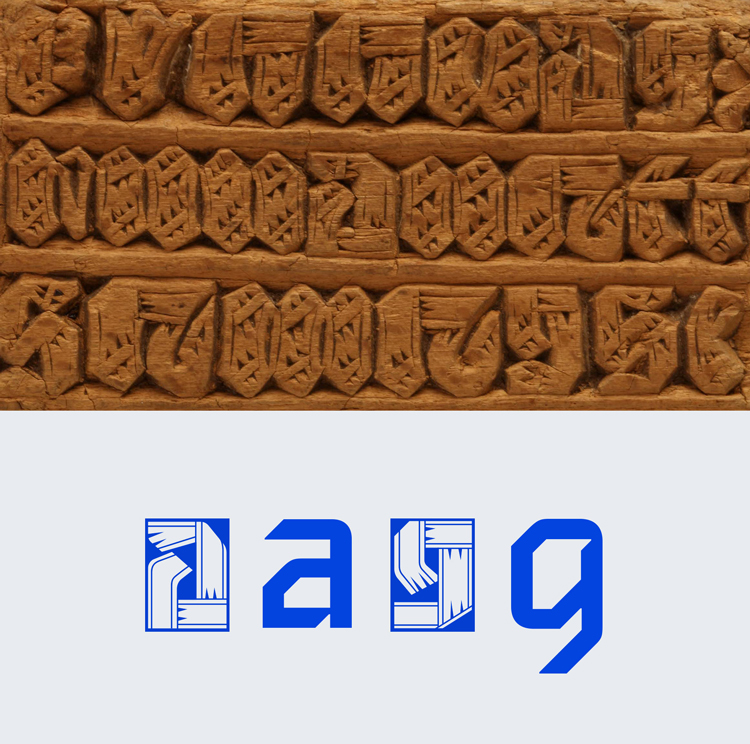 A typeface has also also been designed to give the identity a distinctive edge, which is inspired by old Icelandic wood carving block typeface called Höfðaletur. This dates back to the 16th century, Brandenburg creative director Hrafn Gunnarsson says, and is based on European backletter fonts and fraktur (a branch of calligraphy). It ties together heritage with contemporary references, to “create a unique blend of history and modern sport”.

“It has a somewhat lowercase approach which we found intriguing and went against the traditional uppercase sports type commonly used today,” the designer adds. “We felt it was necessary to have a strong typeface that could harmonise with our crest and amplify our message and image.”

“The font will play a key role in implanting our logo and image in the minds of people around the globe,” KSÍ says. 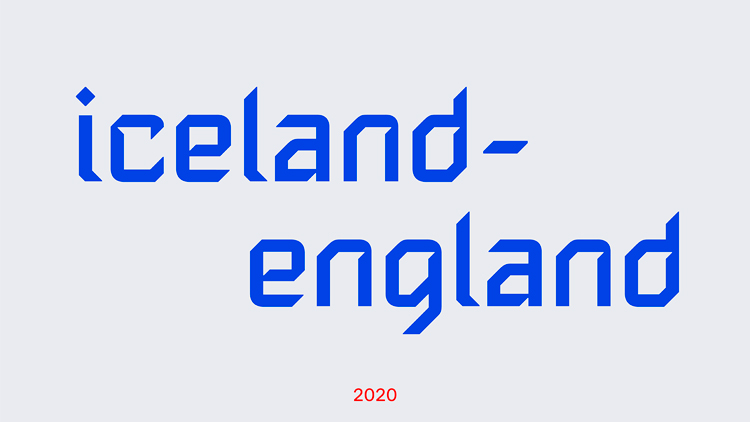