Milton Glaser, the American graphic designer behind one of the most well-known logos in the world, has died on his 91st birthday following a stroke. He will be best remembered for his I ♥ NY logo, though his work spans hundreds of visual identities and poster designs. 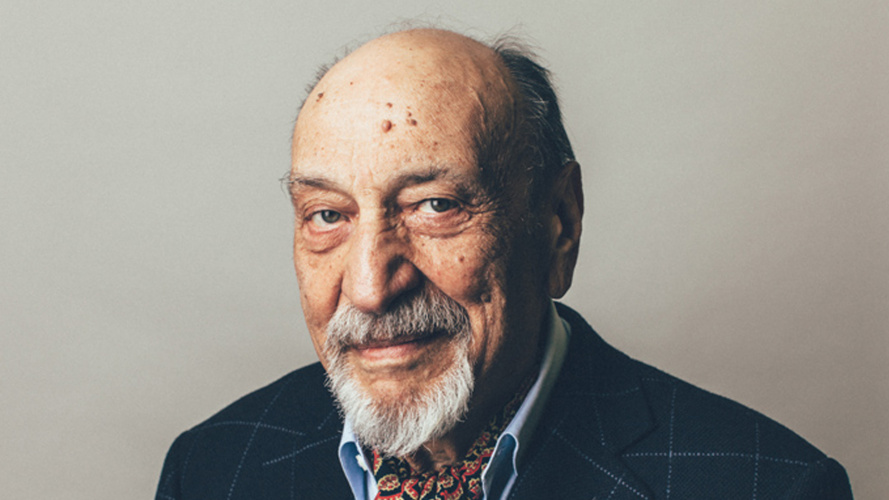 He spoke to Design Week in 2018, on the publication of a book featuring over 400 of his designs, and talked candidly of his life’s work, both good and bad. “I didn’t want to only show work that represented the best of what I did,” he said. “It’s more appropriate to also show the crummy things and the clinkers. You can’t be good at everything.”

Glaser was born in 1929 in the Bronx, a borough of New York City. Raised by Jewish Hungarian immigrants, he studied at arts college The Cooper Union in the city’s East Village. It was here that he met fellow designers Seymour Chwast and Edward Sorel. After college, he studied in Bologna, Italy as a Fulbright scholar.

On his return to America, he joined Chwast and Sorel in starting Push Pin studios, and they became a trio, Sorel explains to Design Week. Sorel says that they worked side-by-side in a loft “without heat or hot water”. While Sorel left after three years, Glaser would work with him in the future on New York magazine (which Glaser co-founded). “He taught me much,” Sorel says, “but not how to have his remarkable self-confidence.”

The studio, which is still running, went against historical design trends. It set out to provide “a fresh counterpoint to both the numbing rigidity of modernism, and the rote sentimental realism of commercial illustration”, according to the studio. In 1957, a monthly promotional mailer was created to drum up business, and The Push Pin Monthly Graphic became a guideline for the group.

It was in 1966 that Glaser designed the poster for Bob Dylan’s Greatest Hits for Columbia Records, which became an oft-referenced and imitated design classic. The illustration was to be packaged in the album, and featured a side-profile of the American star, with a memorably bright pattern in place of the rock star’s wavy hair. It tied together Dylan’s iconography with a visual nod to the psychedelic drugs that proliferated in the 1960s.

“Partners can be tricky”

Chwast shares with Design Week that “partners can be tricky”. “Looming over partnerships very often is ego, jealousy and distrust,” he continues. “Milton and I avoided this for which I am grateful.” Chwast speaks warmly of Glaser’s ability to lift him up at the workspace. “I was a scared, shy puppy and too nervous to meet with clients,” he explains. “Milton lifted me up, overlooked my shortcomings and gave me confidence to see my own worth.” He calls their work together “productive and fair”, and even recalls a time when Glaser defended him from getting mugged. “Can one ask for anything more from a partner?”

In 1973, Glaser started his own studio, Milton Glaser Inc. It was here that his work with New York state would be created (in the back of a cab in 1976): the I ♥ NY logo. That symbol – likely the most famous and copied piece of place branding – would become synonymous with the city in which Glaser lived and worked. A decade later, he joined forces with editorial designer Walter Bernard and founded WMBG. What is notable about Glaser’s portfolio is the variety of work. The aforementioned New York magazine, for example, which he co-founded in 1968 and served as the title’s design director. That magazine is still running today, in both print and digital. Glaser also designed the logo for Brooklyn Brewery. 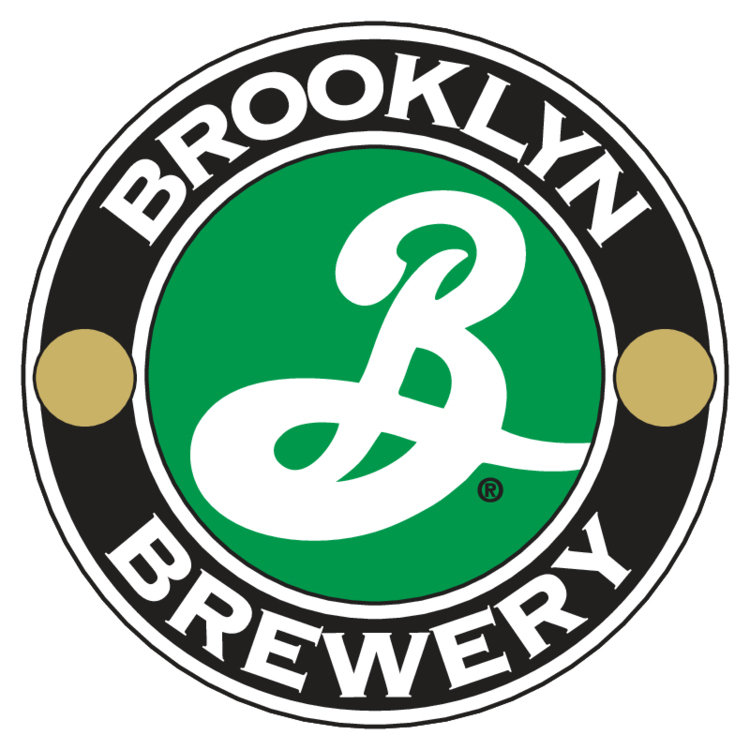 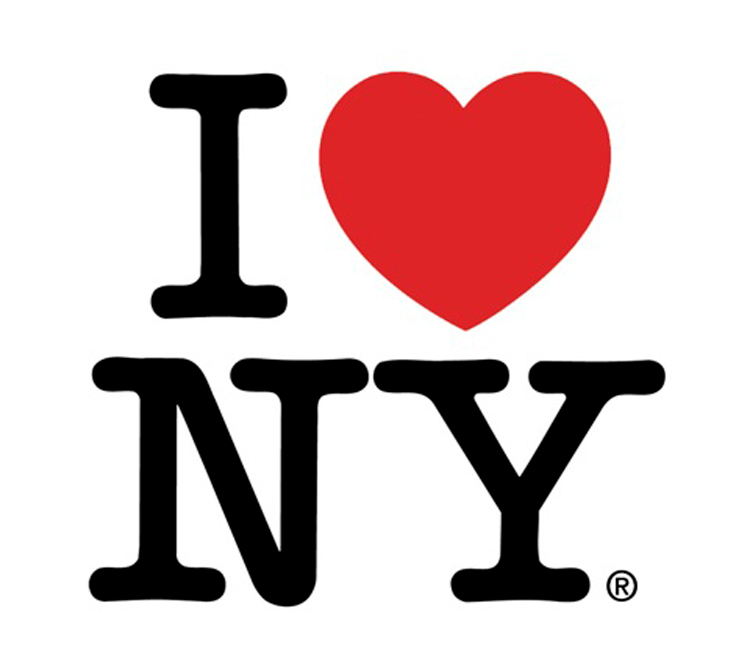 Still, even as Glaser is likely to be remembered for his world-famous projects, he was open about the design that did not work as well. In his 2018 book, Glaser included poster designs that were not as successful (though they were ascribed less space). Among these were anti-smoking campaigns and exhibition advertising to posters raising awareness of water conservation. “I didn’t want to only show work that represented the best of what I did,” Glaser said.

Glaser also taught at the School of Visual Arts (SVA) in New York, where he was a long time faculty member and chairman of the school’s board. He began teaching on the MFA Design course in 2007. Art director Len Small was a pupil of Glaser’s, and later the designer became an advisor on Small’s thesis. He was, Small recalls, “warm, but careful” and always well-dressed (often wearing an ascot, Small adds).

“He was never done observing, and could examine and critique a design intricately,” Small says. “But his design thinking was his art; it was never done with malice.” In an episode that speaks to Glaser’s observation, Small remembers coming to class with a mug featuring The Count from children’s television show Sesame Street. Glaser stopped the class to say that some of his family was from Transylvania. They had escaped persecution of Jews there, and had fled to Hungary. Poignantly, none of their friends made it out. 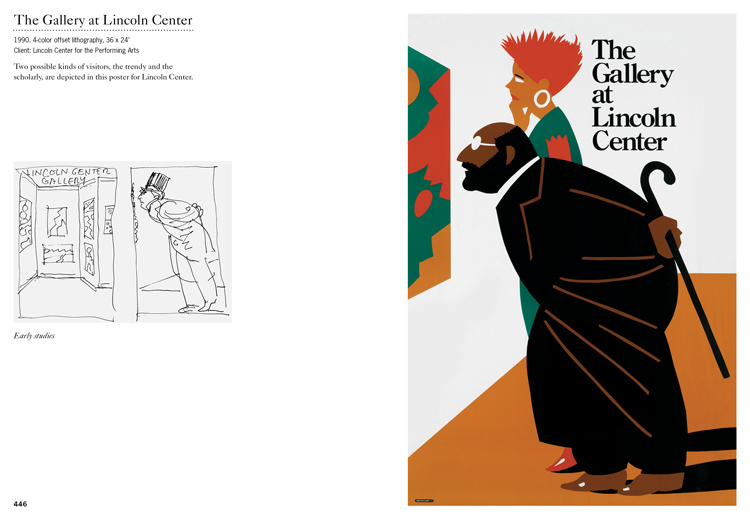 Small says that Glaser “pushed everyone to always be drawing and sketching”, telling his students that: “Drawing is thinking.” This echoes Glaser’s comment to Design Week: “If you can’t draw as a designer, you’re in real trouble.” “Many people in graphic arts are incapable of drawing, and this limits them to layout, collage and typography,” he continued. “I come to each project with an open mind, then what emerges stylistically is something that is driven by the audience.”

It is this focus on the audience that has made so much of Glaser’s work so long-lasting, a skill he was aware of, even if he was modest about having it himself. “Every once in a while, a work that is intended to be functional and has been made in response to a client’s problem turns out to also be artistic – the feeling you derive from it is emotional rather than logical.”

When this does happen, the gap between design and art can be bridged, according to Glaser. This happens “rarely”, he says – though Glaser seemed to have struck the balance more often than most. “But when it does, those pieces are very sustainable. How often I have personally succeeded at this is not my judgement to make.”

“The rock star of our business” 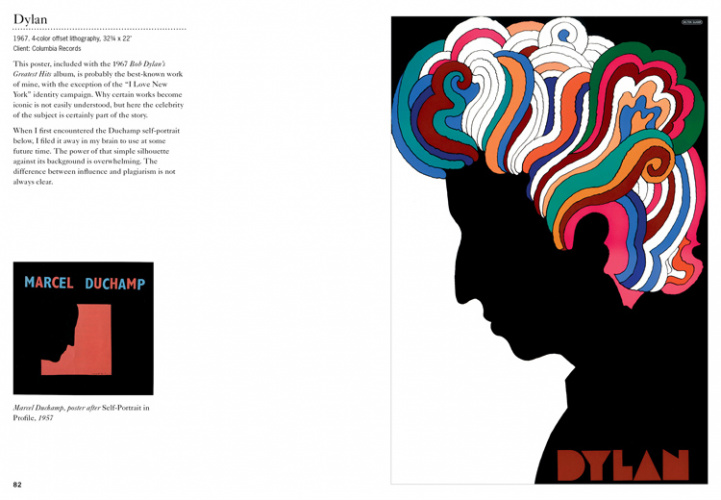 Host of Design Matters podcast and co-founder of SVA’s Masters in branding, Debbie Millman tells Design Week that her friend was “very much the rock star and elder statesmen of our business”. “Glaser lifted this age he inhabited, that we all now still inhabit – and showed us how powerful design can move and challenge and change the world.”

Millman further explains that Glaser would often talk about people’s confusion with the word art. Suggesting that the word art should be eliminated, she says he came up with the following descriptions: “The sad and shoddy stuff of daily life can come under the heading of bad work. Work that meets its intended need honestly and without pretence we call simply, work. Work that is conceived and executed with elegance and rigour we call good work. And work that goes beyond its functional intention and moves us in deep and mysterious ways we call great work.”

“Milton Glaser was a creator of great work,” she says. “What is so unique and precious is that he has achieved his greatness honestly and authentically, without gimmicks, without hype, without artifice.” His work, she says, “will continue to live on, long after we all are gone”.

Milton Glaser died on Friday 26 June, aged 91, and is survived by his wife, Shirley.

You can read our interview from 2018 with Glaser about his career here.