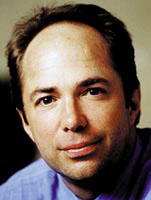 Harrison, who stepped down from Fitch in July (DW 19 July), assumes the position next Monday. Enterprise XP CEO Brian Shepherd is looking at ‘other opportunities’ within the WPP Group and BDG former head of retail Sue Wheldon is joining WPP’s ‘integrated retail consultancy’ – The Store – at the end of November.

The move is designed to simplify and consolidate WPP’s brand experience offer, says Enterprise IG UK CEO Patrick Smith. ‘We want to create a properly integrated multi-disciplinary brand expression business.’ The merger has allowed greater sharing of resources and removed some areas of duplication, he adds. It has also resulted in seven redundancies.

Enterprise XP was set up in February as the group’s ‘brand expression’ offer to extend its relationships with existing clients and to tap into the ‘brand experience’ market under Shepherd.

‘I initiated the thinking behind [this merger]. I put a lot of it together and fully support what will happen. I never expected that I would be playing a key role in the leadership of this. That’s my decision.’ says Shepherd.

XP encompassed video and digital events specialist Clever Media, from which the seven redundancies have come. Smith says that five of the seven are in discussions about other positions within WPP.

BDG Retail & Leisure split out of BDG McColl in October to become a standalone division under Enterprise IG (DW 18 October).