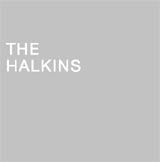 Jump has created street furniture concepts for a proposed upmarket retail ‘village’ in London’s Belgravia, called The Halkins, which the group is hoping to get signed off this week.

The work follows the brand identity that it created earlier this month in collaboration with graphic design group, Made Thought, which is also designing The Halkins’ website.

Jump’s work for the project, including the brand identity and proposals for signage, street furniture and pavement plaques, is worth a six-figure fee.

Initial Web design concepts have been approved but there is no launch date yet and no proposed Web address, says Made Thought director Paul Austin.

The Halkins is designed to become a ‘destination’ shopping district and has been branded to enable it to ‘create a presence’ for itself, says Jump co-founder Simon Jordan. The physical manifestation of the brand identity will be in the street furniture and signage, he says.

‘[Property developer] Benchmark is hoping The Halkins brand will encourage premium retailers to the area. It is designed to become an open air department store,’ he says.

‘The brand’s look and feel is designed to have a contemporary European flavour and street furniture will be elegant. We want people to think [contemporary hotel owner] Ian Schrager rather than The Ritz,’ Jordan adds.

Waitrose is opening a ‘one-off food store’ concept in the district and has not yet decided on who will design interiors, says a spokeswoman. Part of the site is listed and design work will have to take this into account, she adds.

Benchmark hopes that specialist fashion boutiques will be enticed to The Halkins to encourage destination shoppers rather than passing trade, as well as a range of bars and restaurants.

A total of 40 retail and leisure ‘units’ is proposed for the development.

The Halkins name derives from surrounding streets, including West Halkin Street and the Halkin Arcade.