Compared to neighbouring Netherlands, and nearby Scandinavian countries such as Denmark, Norway and Sweden, Germany is not well-known for its design scene. Although the country has cultural hubs, particularly capital city Berlin, leading the way across the continent in areas such as culture, food and music (particularly its clubbing scene), its art and design are not as famed, except perhaps for its prolific and impressive street art and graffiti.

But the Designers’ Open, based in East German city Leipzig and now in its 14th year, shows that Germany has much to offer when it comes to creativity. The relatively-young festival looks to showcase up-and-coming figures in German design, alongside a spattering of work from global designers.

Leipzig is a fitting city for this festival; just an hour away from the capital by train, it has been dubbed by many as “the new Berlin”, given its dining and bar culture, its lively nightlife, its young, student population thanks to its university in the city centre, and, above all else, its abundance of cultural institutions such as museums, galleries and music halls. As young people living in Germany look to escape the quickly gentrifying and rent-rising prices of Berlin, many are flocking to Leipzig.

Alongside the parks and cultural institutions, Leipzig is also quickly growing a thriving community of young creative types. Ex-industrial prior factory spaces based in the West of the city, such as the Kunstkraftwerk and Tapetenwerk, are home not only to shops and temporary exhibitions, but also creative working spaces for individuals and studios. The city also has a history as a shopping and trading centre, having launched the Leipzig Trade Fair after the second world war, which is still thriving today.

Given its product-trading history, Leipzig seems like the right place to showcase and sell German-made products. This year’s Designers’ Open saw roughly 17,200 visitors and took place across eight venues, but its main hub was the Kongresshalle, based next to Leipzig Zoo, where hundreds of national designers and studios sold everything from graphic prints and Christmas cards through to hand-made jewellery, pottery, pieces of art, sculptures, clothes and furniture.

Also in the Kongresshalle was an award devoted to sustainability, which also seemed appropriate given Germany’s latest commitment to ban all single-use plastics. The Green Product Award is a design competition that promotes innovations and products aimed at helping the environment, from plant-based electric toothbrush heads through to insulation and sound-absorbing panels made from leaves, and man-made beehives used for cultivating bees. This year’s award winner was IssSo, an initiative distributing “damaged” fruit to supermarkets across Germany in a bid to cut down on food waste.

Here are our top picks of German design brands from this year’s Designers’ Open. 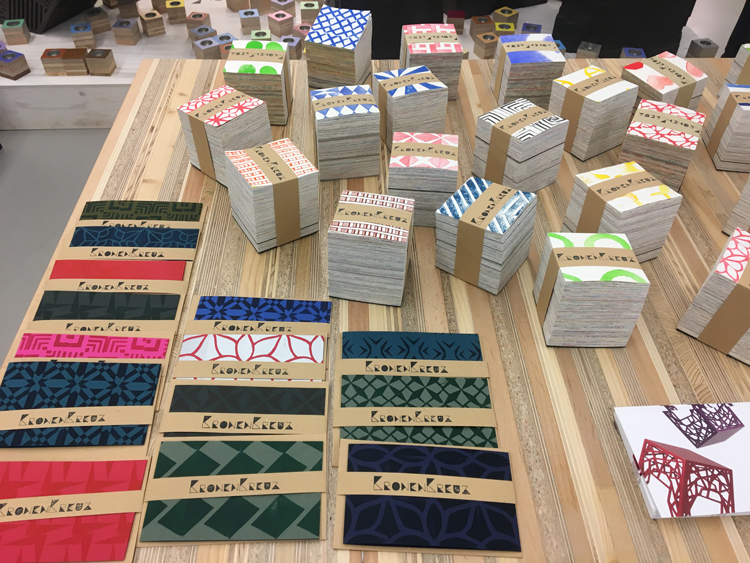 What: Kronenkreuz is a German design company that looks to promote hand-craft while also providing a service to locals. The team is made up of professional designers and craftspeople, who work with long-term unemployed people in Germany to teach them craft skills. The group collectively makes all of the products that the company sells. Each item – ranging from candle holders, clocks, posters, prints and socks, through to chairs, tables, bookshelves, and sofas made from leftover materials – is bespoke and hand-made. Prices are reasonable too, starting at €10 for small items, and the designs are bright, colourful and unique, and should appeal to designers with their geometric shapes and prints.

Info: Products can be bought online and shipped to Germany, or if you’re in Germany, you can go to the Kronenkreuz pop-up store in the Hof Building on Langemarckstrabe in Essen. For more information, head here. 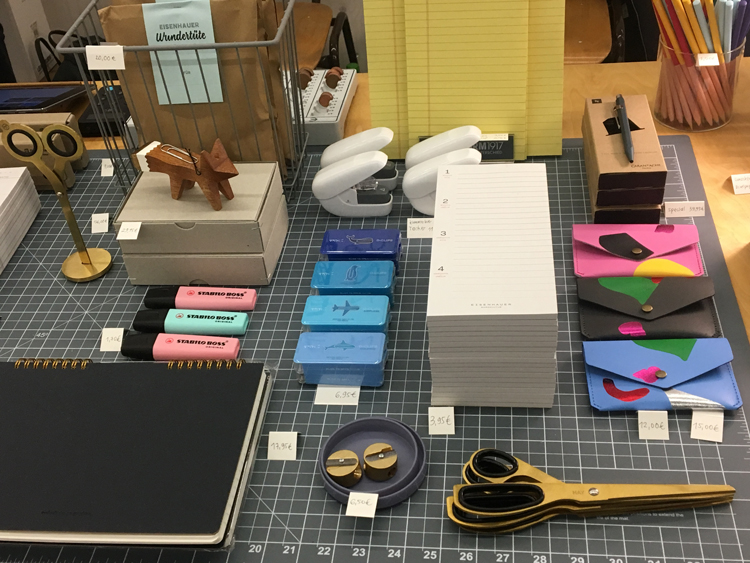 What: Eisenhauer is Germany’s equivalent to UK-based paper printers Moo with its bold, bright colours and lovely sheet thickness. The shop sells everything from notepads, notebooks, to-do list pads and clipboards through to stationery such as pens, staplers, pencil cases, rubbers and paint brushes, and is sure to brighten up any graphic designer’s desk with its vibrant yet minimal collections.

Info: Products can be bought online and shipped to Germany. For more information, head here. 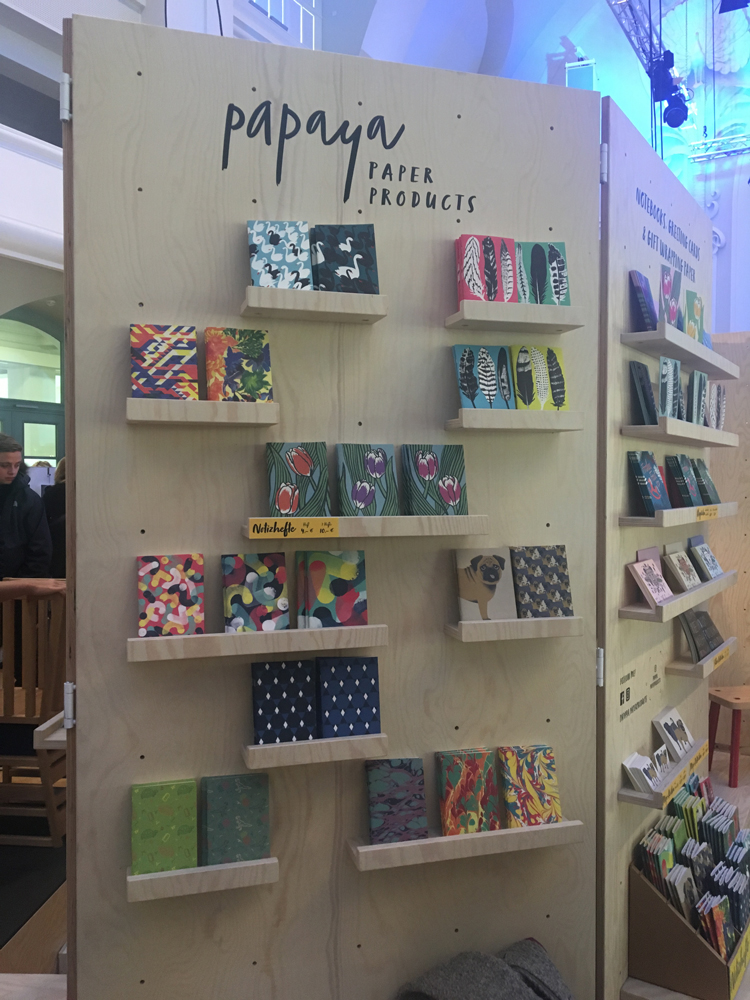 What: Papaya Paper Products is Germany’s answer to Scribbler, or other quirky card and gift shops, except it’s an independent and still quite small in size. The studio hand-prints their cards, notebooks and wrapping paper with animals, flowers, graphic patterns and more. It also has a charming selection of greeting cards, including a particularly insightful “Happy fucking Christmas” festive selection. Their products are very reasonably priced, with some notepads only €4, and wrapping paper starting at €6. 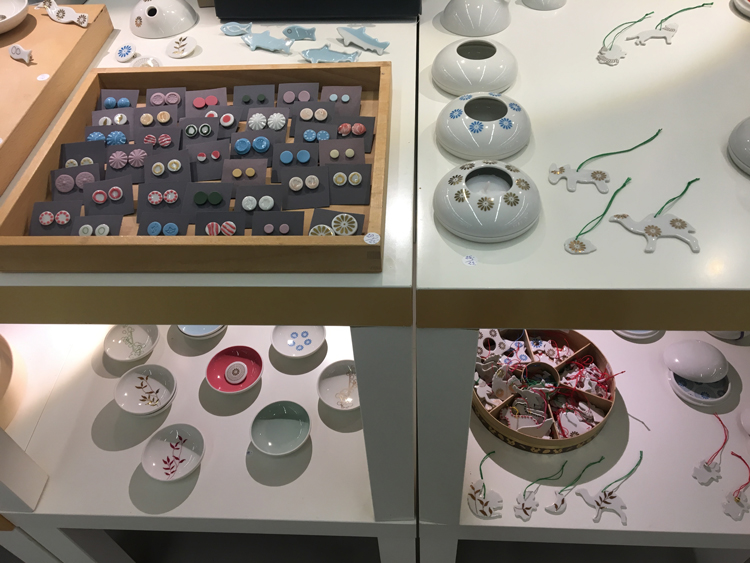 What: Zum Weissen Gold is a design studio focused on home products and jewellery, all with a subtle and delicate ceramic feel. As well as typical items such as pendant necklaces, earrings, bowls, plates and cups, the studio also makes more niche products such as nutmeg graters and uniquely-shaped vases.

Info: For more information, head to the studio’s Facebook page and Google page. 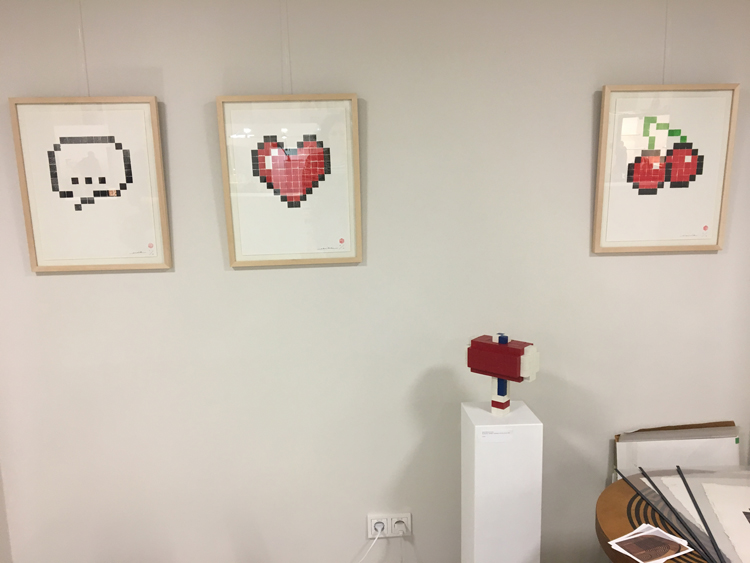 What: Ivozi Bulla is a German-based artist who has recently discovered the joy of the pixel, and created a series of pixel-based prints and three-dimensional products, constructed of many small cubes. He makes these models using both digital and analogue processes, first building the pixelated graphics on design software, printing the cubes, then building and gluing the models by hand. Having previously worked in advertising, Bulla became inspired by a combination of street art and the graphics of video games and wanted to make art devoted to this graphic style, he says. Products include prints of pixelated cherries, hearts, stars and mirror-balls, as well as three-dimensional versions of these motifs. Bulla’s work creates an interesting contrast between placing purely digital icons and symbols in a physical space. Bulla has also launched another product called the Mandela table, which looks to inspire mindfulness and contemplation in adults as well as puzzle-solving and play in kids – the table has maze-like engravings in it, which can be followed with a hand, or an object such as a toy car, he says.

Rimedo Design: Products that are good for the environment 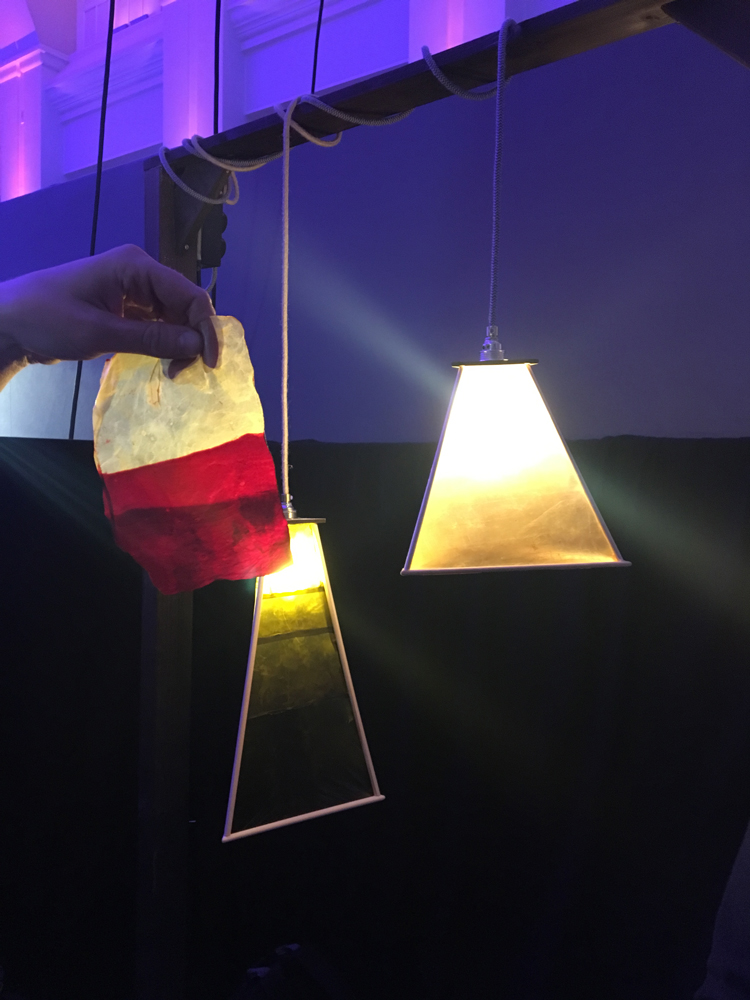 What: Leipzig-based Rimedo Design is a studio and brand founded by product designer Clara Fernau, which looks to find plastic alternatives and create products made from natural sources. Particularly ingenious substitutions include using mycelium – or mushroom roots – as an alternative to polystyrene, reproducing it to give it a similar texture. New projects include a linen shower curtain made with in-built clay parcels that help to adjust room temperature and humidity, a bike helmet made mostly from mycelium, a lamp made from repurposed algae and a wooden table made from carpentry leftovers. “We want to lobby for the environment and aim to produce our products on a large scale in future,” says Fernau. “The German Government just announced a ban on single-use plastic, and we want to show that another world is possible!”