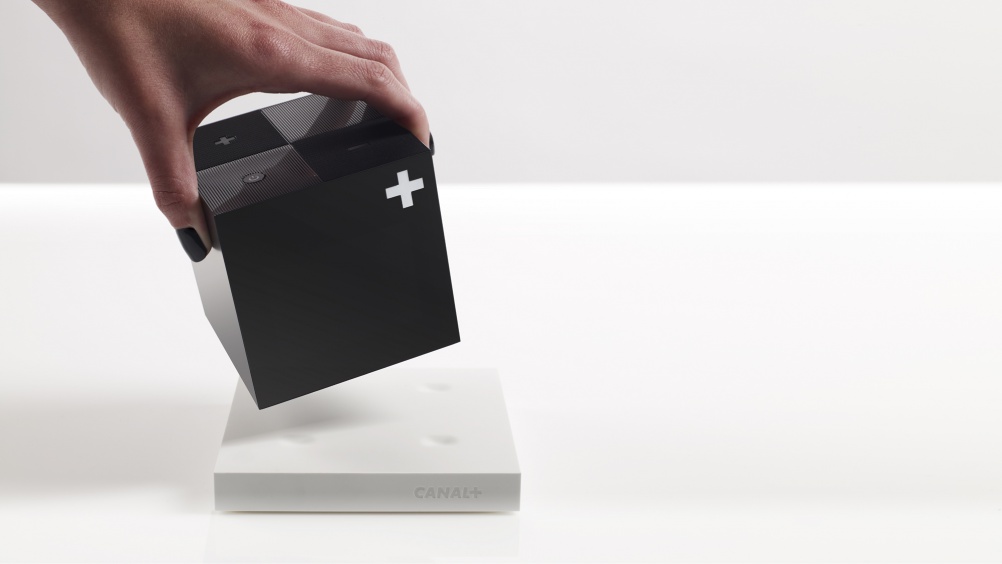 The design is an update of the original Le Cube Fuseproject designed for Canal+ in 2008, but it appears to have been developed significantly, becoming more unobtrusive, shrinking in size and changing from a rectangle to a cube, while offering hidden features.

Fuseproject says it has “reimagined the form of Le Cube while still maintaining existing brand equity”.

A screen is hidden behind the matte black surface

The new 8cm³ product fits into the palm of a hand. Its top surface features a textured pattern of opposing perpendicular lines referencing the Canal + interface.

Behar has spoken out about the needlessness of screens before and like the Hive thermostat, which launched last month, Le Cube S has a hidden screen.

It is disguised behind Le Cube S’s matte black surface and shows channel logos in full-colour, only when in use. Eventually the 240×320 pixel screen will be able to show programme information too.

The design team managed to shrink the product considerably

By placing the hard drive in a separate white stand which sits underneath the cube Behar’s team has managed to shrink the main product considerably.

Behar says the final product is the result of many iterations and adds: “The Le Cube of eight years ago was always meant to eventually become this.”

He also says that while a set top box “has always been something you need; with the Le Cube S, it is now something we want”.

• Apple has TV in its sights with new product mooted 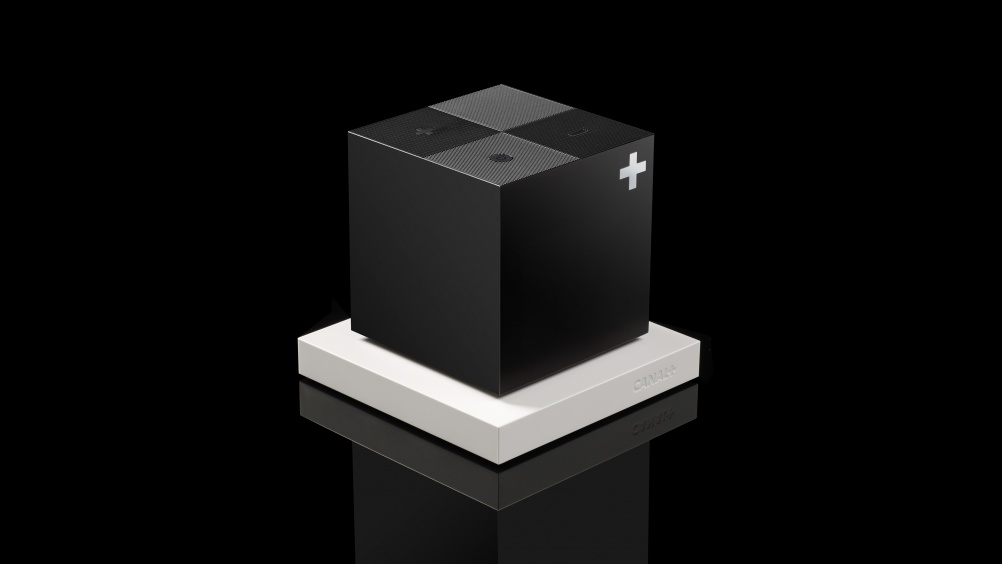 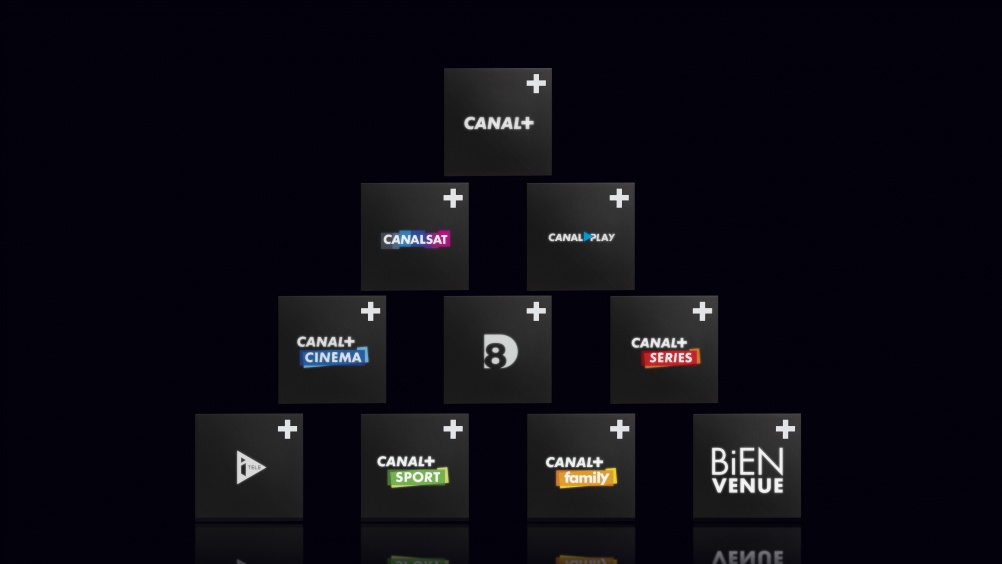 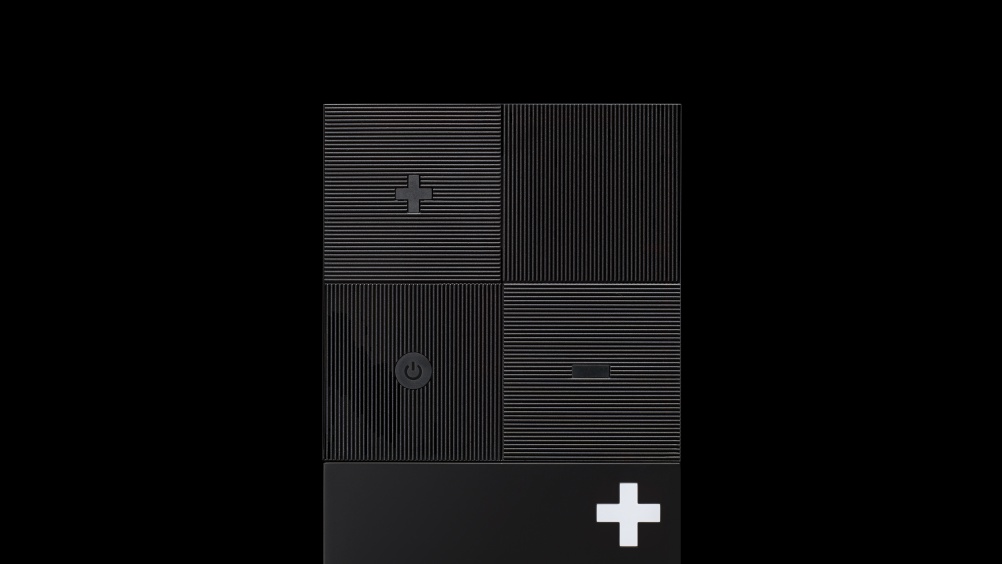 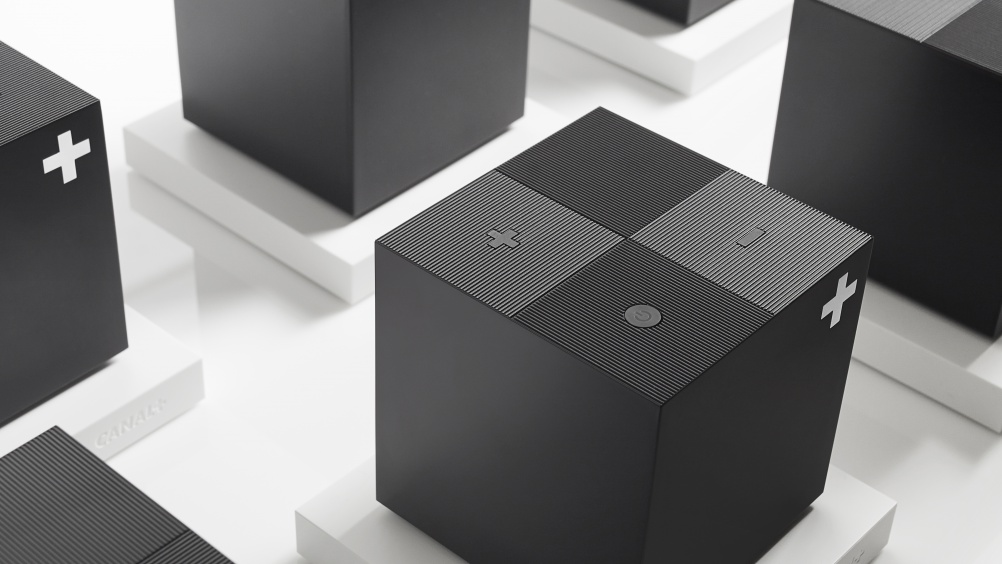 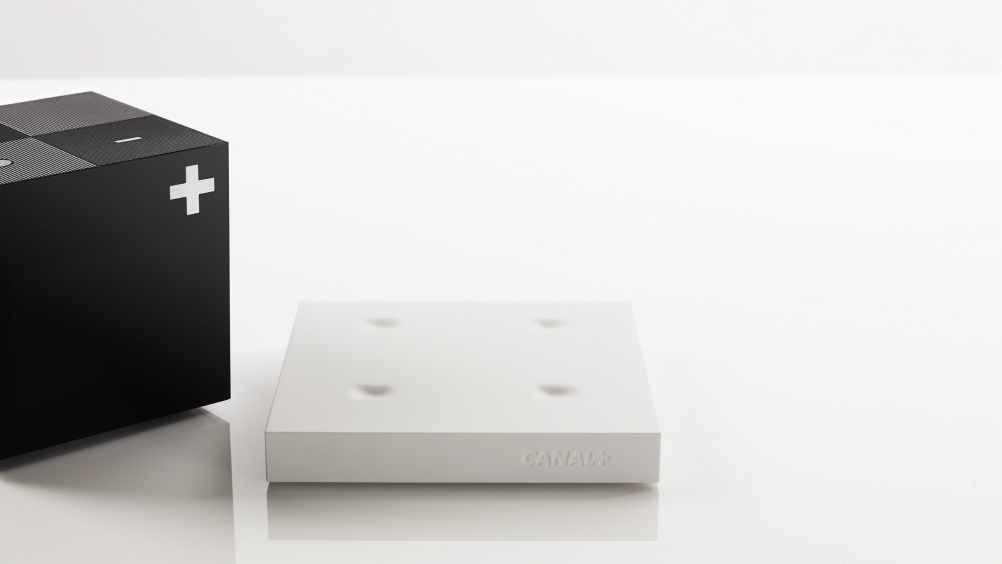 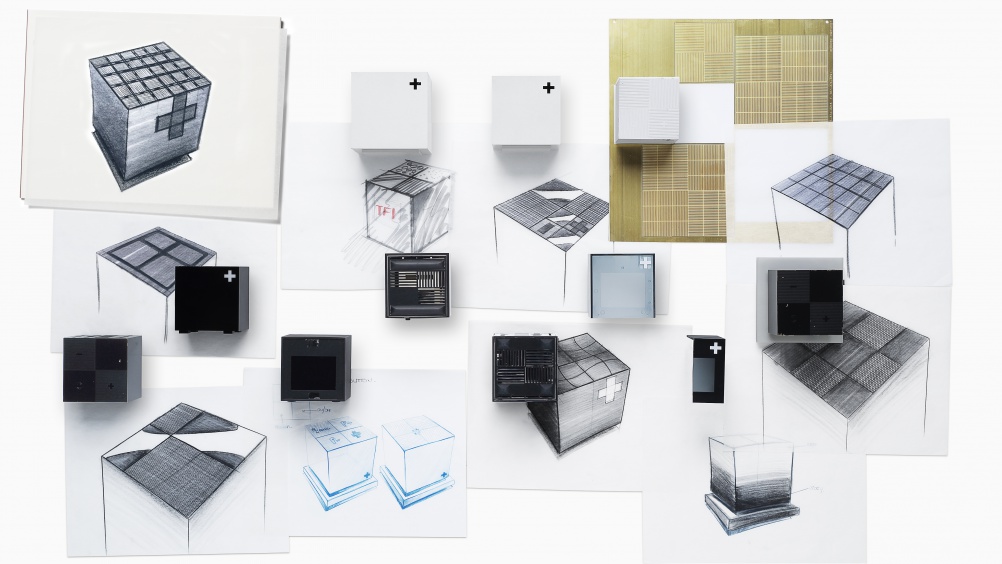 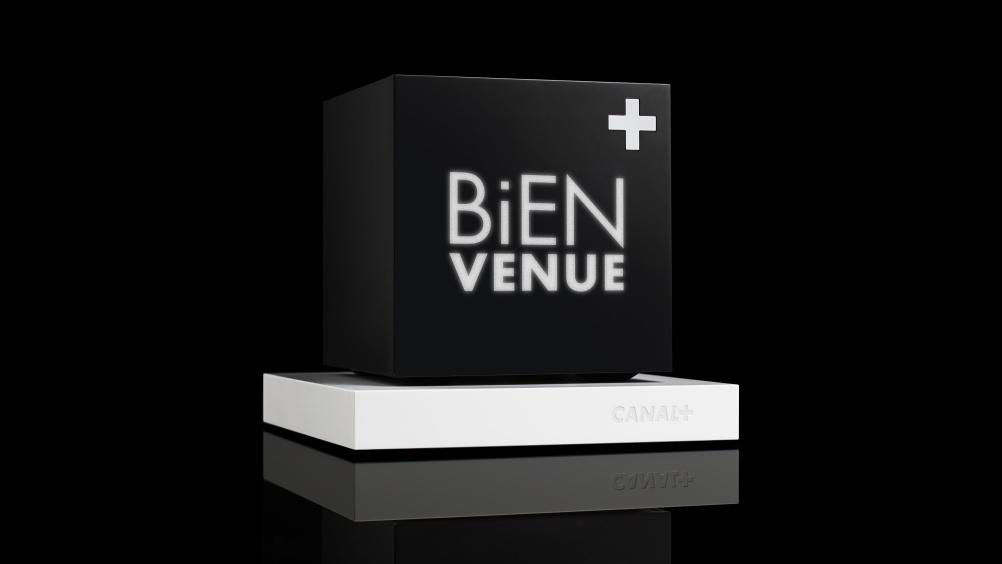