While the world went into lockdown in spring, work did not stop for design studios. London-based studio Ragged Edge was working on a project for bike insurance company Laka when remote working set in at the start of March.

As the project had started before lockdown, the final presentation took place at the beginning of lockdown, meaning that the first week of the uncertain period was “doubly intense”, Ragged Edge creative director Matt Smith says.

While presenting to clients over Zoom was not new, remote collaboration was. The team of five designers working on Laka employed work “hacks”, like constantly sharing screengrabs in an attempt to keep track of everyone’s work.

While many designers have talked about a missing spark throughout lockdown, sharing screens made it seem like the team was almost there — thereby recreating “a little bit of that working spirit,” Smith says. He adds that they may have actually been more in the loop than at the physical studio because of this adjustment. And as the group was closed off from the rest of the studio, there were fewer distractions.

While the following revision stage was relatively “seamless”, Smith says that the team had to be more creative about brand activation. He adds: “Taking it off the page and turning into real life was hard, because real life didn’t look like what it did two months ago.” Part of the activation was going to be events-based, which was clearly no longer possible. It meant that there was a greater focus on social channels and communication strategies; Ragged Edge created a “framework” for Laka to communicate with its customers, for example, which included more social assets and email templates.

Original photography was also going to be difficult to produce, and the studio looked into sourcing content from social media platform where Laka has an “engaged” community. While the studio did eventually manage to pull off a socially-distanced photoshoot, the illustrated aspects of the identity were “elevated” because of lockdown. Illustrator April Mepham designed icons for the website, and the studio ended up doubling what it had initially commissioned for the project. Smith says that this has improved the identity; Mepham’s “quirky” style gives visual interest to some “fairly mundane information” about insurance. While it’s impossible to know where the industry will be at the end of the year, Smith says he feels much more “prepared” for challenges following Laka launch. 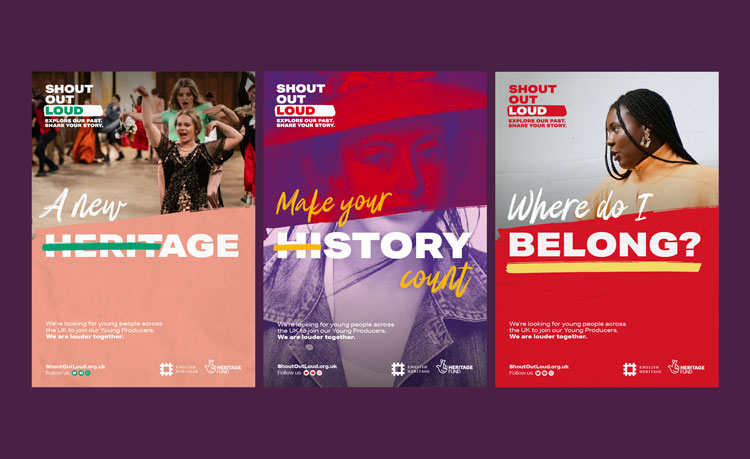 While work on Laka had started earlier, design studio Altogether pitched and launched an identity for English Heritage’s youth-focused project entirely during lockdown. The Newcastle studio’s co-founder Sarah Tempest tells Design Week that the pitching process for Shout Out Loud presented a few challenges. It is harder to build rapport with clients over Zoom, she says. “You have to be more sensitive to pick up on reactions,” she adds. Everything down to not arriving as a team is more difficult.

Following a successful pitch, workshops with young people took place over Zoom. For a studio based in the North East, this was a helpful way to streamline time for the six-week project. The team would usually have to co-ordinate with groups in London or Edinburgh, but the virtual element meant that it was able to cast the net wider and more quickly. “We could deliver a lot more in a short space of time,” she says. Tempest also believes it was a more “collaborative” process as the studio was able to talk to a wider range of people than it would have under typical constraints.

Tempest says that the success of virtual work has opened up the possibilities for future projects. Ragged Edge echoes this, saying that the possibilities for more international work are now greater. Tempest does note however that it was not as simple as moving a workshop online; the designers had to account for attention spans and work out what material needed to be sent to the participants in advance. “There was much more pre-planning involved,” she adds. “You can’t just take things online.”

“The message is more instant” 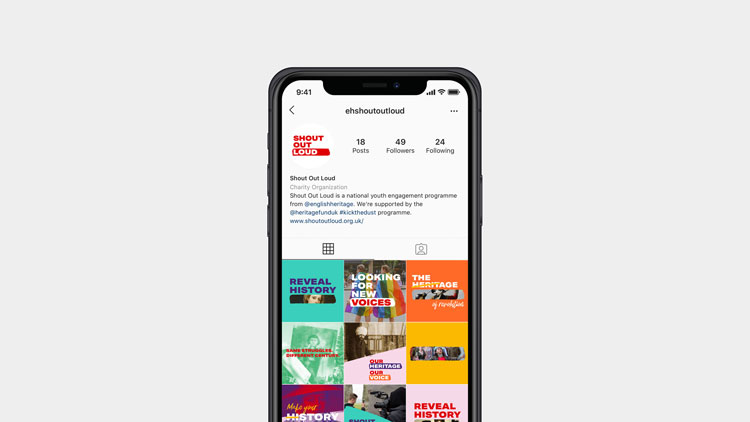 Deliverables also changed for Tempest’s team of five creatives; the focus was very much on social media and digital channels as events shifted online. While social media work can sometimes be a secondary part of an identity roll-out, more thought was put into this side of the work. The visuals had to have an instant impact, Tempest says. “We know they’re going to see it on social, so we want them to know we’ve listened and that the message is more instant,” she adds. The visuals are meant to “provoke more of a reaction than they would ordinarily have”, according to the designer.

Much of the studio’s work is based on events and festivals, which meant that the first month of lockdown was particularly daunting for Altogether as calendar staples were cancelled. But now that a project has been started and completed in lockdown, are clients being more adpatable? Tempest says that they have shown a willing to adapt to the new realities of lockdown — and hopefully view them as opportunities. 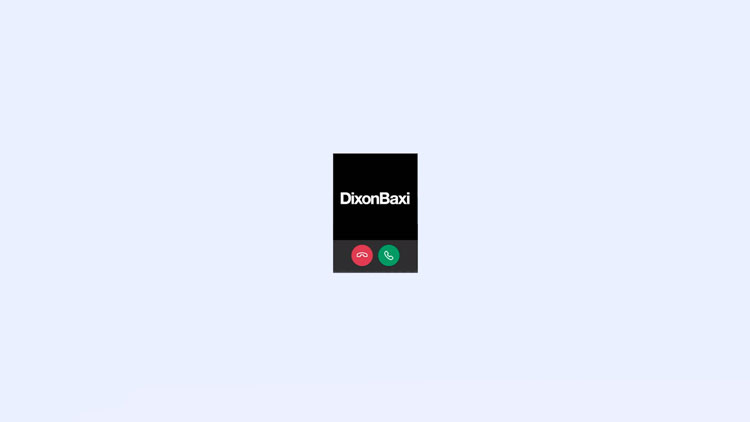 While work has been adapted, the wellbeing of creatives is also a concern. Before lockdown, designers told Design Week that supporting each other “psychologically and emotionally” was going to be “crucial”. DixonBaxi co-founder Simon Dixon tells Design Week that the lockdown period has been one of ups and downs, though one he believes has made the London studio stronger.

The out-of-office time has been branded as “Play Away” and a sense of routine has been implemented through regular social sessions. There is “Champagne Wednesday” (an established tradition that now takes a virtual form) for a mid-week catch-up. At the start of each day, there’s a daily register where everyone meets at 9:30 to catch up. On Fridays, the studio meets virtually for lunch. There’s even an attempt to recreate the office’s physical features with Mural, a virtual workspace that can be used for ideation. Socially-distanced socialising has been a theme among designers during lockdown; Tempest says that a community of Newcastle-based studios regularly meets online for Friday drinks.

While technology is crucial in maintaining communication, Dixon says that it only works if studios do something “meaningful” with it. The key to success is creating a space where people feel “validated”. At DixonBaxi for example, designers have been divided into smaller groups, which has focused the work while meetings have also been shortened. Making sure that everyone knows why individuals are involved in projects has become crucial in a virtual setting, Dixon says. “It’s very easy for someone who doesn’t talk a lot to disappear into the background.”

These routines are the result of trial-and-error. At the beginning of lockdown, he says there was an overreliance on Zoom and a danger of feeling “overwhelmed”. Things seemed to have settled down, and Dixon sees the benefits from the process now. He’s been particularly impressed by the ways in which people have become more “inventive” or taken more responsibility. That extends to the way that designers are communicating with clients.

This period has also built trust among the studio. Micromanagement and “traps of hierarchy” are not possible when everyone is working from home. “People have gathered a greater sense of independence,” Dixon says. Tempest agrees with this, saying that the studio will continue to lean into more flexible working. “If someone feels more creative after a run, they should absolutely go for a run,” she adds. 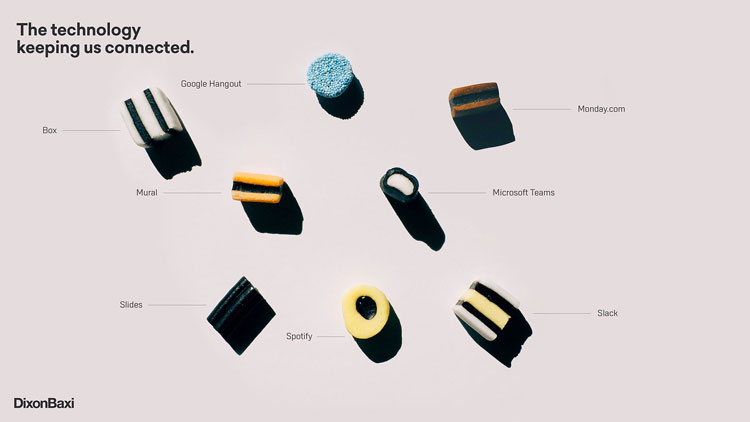 While clients have been keen to adapt, there has been a slow down in business, Dixon says. In the time between projects, the studio has initiated research and development projects to explore topics around the future of design. A recent project looks at the future of voice in technology, for example, which may be relevant for the studio’s work on designing streaming platforms. “We’re using the time to look at the future of what we are,” he says, which creates a “social and creative glue” for the studio.

One thing that won’t change is the studio set-up, Dixon says. “You can never underestimate the power of people’s desire to be together.” While there has been talk of an end to office life, Dixon is sure that the design studio will remain a “safe space” for creatives (albeit with more flexible working). “There’s a mental over-correction that everything will change,” he says. “But humans are tribal, and any great creative project is done through collaboration.”