Design studio So has created a set of Sherlock Holmes stamps for the Royal Mail, which aim to capture the mystery and spirit of the television show.

The studio, which is based near Bath, created a set of six stamps and presentation pack as well as packaging for a coin collaboration with the Royal Mint. 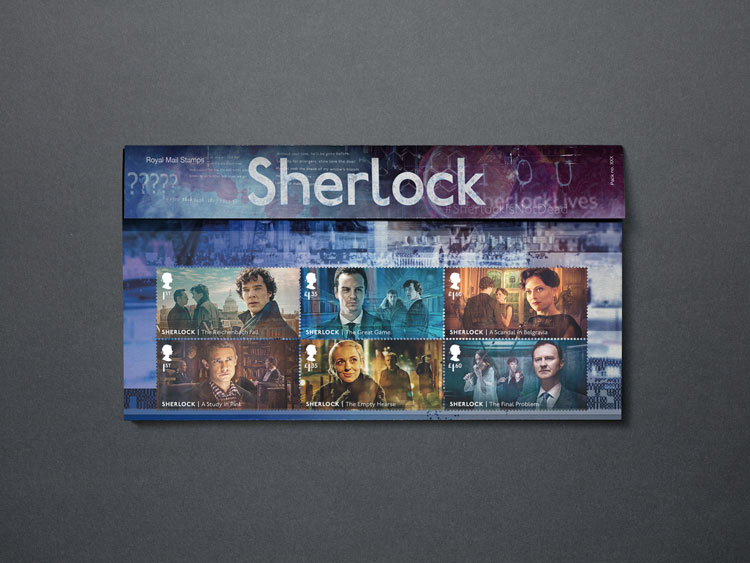 It has been ten years since the BBC show – created by Steven Moffat and Mark Gatiss and starring Benedict Cumberbatch – first launched. A modern re-telling of Arthur Conan Doyle’s detective series, the show was an overnight success. It also had a distinctive visual style with in-show graphics and a title sequence from Peter Anderson studio.

A “labour of love” 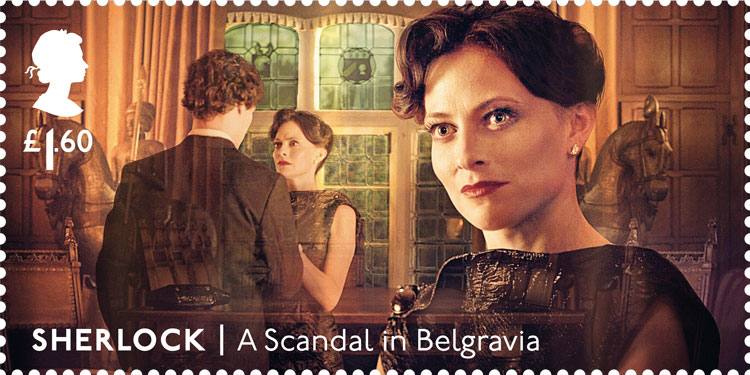 So founder Steve Haskin tells Design Week that designing the stamps was a “labour of love”. The stamps are based on fans’ most popular episodes, from the series premiere A Study in Pink to the series two cliff-hanger The Reichenbach Fall. Taking into account the global Sherlock Holmes fanbase, and its attention to detail, the studio pored over episodes to extract the “minutest moments” from Sherlock episodes.

Characters were taken from those episodes and placed in the foreground of the stamps, such as Irene Adler from the second series premiere A Scandal in Belgravia. These portraits had to be “strong” and “poignant” as they are focal point. “Special moments” were then illustrated using screengrabs and composed onto each stamp. 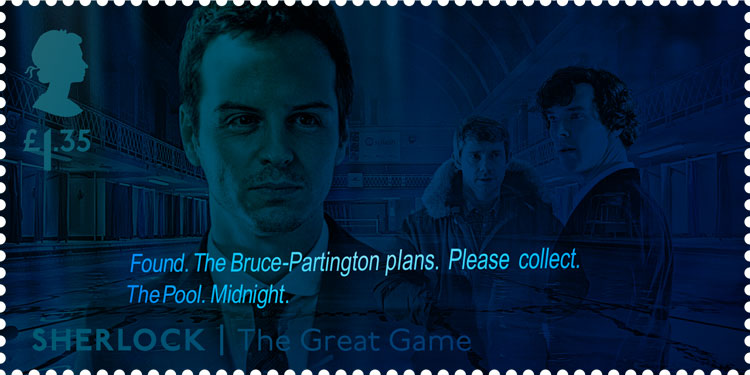 There is a transparency to the images, which adds depth and layering to the stamps, Haskin says. Various settings – from the London skyline to an important swimming pool – are the background for the stamps. Haskin hopes that this “weaving-together” tells the stories of the episodes. Each stamp has its own “colour variant” which aligns with nuance of the television show, according to the designer.

“The wonderful thing about the series is the screen graphics,” Haskin says, and the studio was able to incorporate this with a hidden UV layer. Whether it was graffiti from the show villain Moriarty or text messages from characters, there was “lovely typography” to play around with. When illuminated with UV light, “secret messages” are revealed, illuminating clues from the episodes. “Avid Sherlock fans will love these secret messages,” the designer adds.

So also created the graphics for the illustration for the presentation pack, as well as for the Royal Mint coin collaboration. These allowed the studio to go into more detail about the individual episodes as well as highlight other characters. 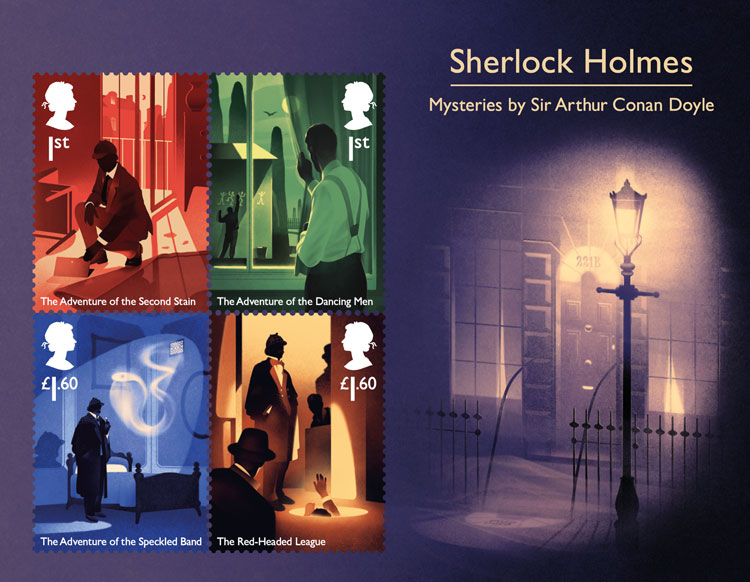 There are four more stamps contained in the miniature sheet. These have been art directed by London-based Studio NB, featuring illustrations from Karolis Strautniekas. NB Studio founder Alan Dye tells Design Week that these involved a long research period, as the books were combed through for “pivotal” moments to depict the plot.

The scenes play with period details, such as London’s smog, which add a sense of “mystery” to the designs. They were made to resemble book covers in their own right, Dye says, with a colour scheme that both accentuates the supernatural and mystery elements of the tales and makes the stamps themselves stand out.