A prototype for a device that works as both a hearing aid and regular earphones has been designed, in a bid to “remove the stigma” of disability and create a “desirable” device for anyone to use.

HeX earbuds, which are named as such to represent their hexagonal shape, have been designed by Elen Parry, a 23-year-old MSc (Master of Science) student taking industrial digitalisation at Manchester Metropolitan university.

The hexagonal earbuds could be inserted in someone’s ears, and using an E1 processing chip, are able to distinguish between background noise and the noise people want to hear, for example music or speech in a phone call. 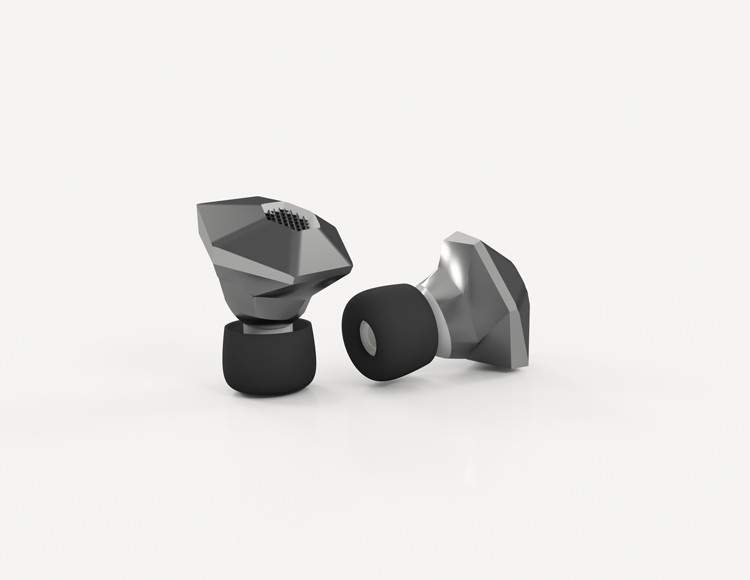 The user could increase or decrease the volume of their background environment, improving hearing ability while also protecting people against future hearing loss, as they are able to “turn down” loud noise such as roadworks.

Regular silicon earbuds could be attached to the ends, turning them into regular headphones. The earbuds could then be connected to Bluetooth, so the user can listen to music, take phone calls or do other everyday things.

Prior to the design process, Parry conducted research which found that a hexagonal shape would best fit a person’s ear canal, she says.

The earbuds would contain rechargeable batteries rather than disposable ones and would have connectivity strips in them that would enable “fast charging”, says Parry.

Parry’s HeX earbuds were chosen by the Design Council earlier this year as its top pick at its annual New Designers event. 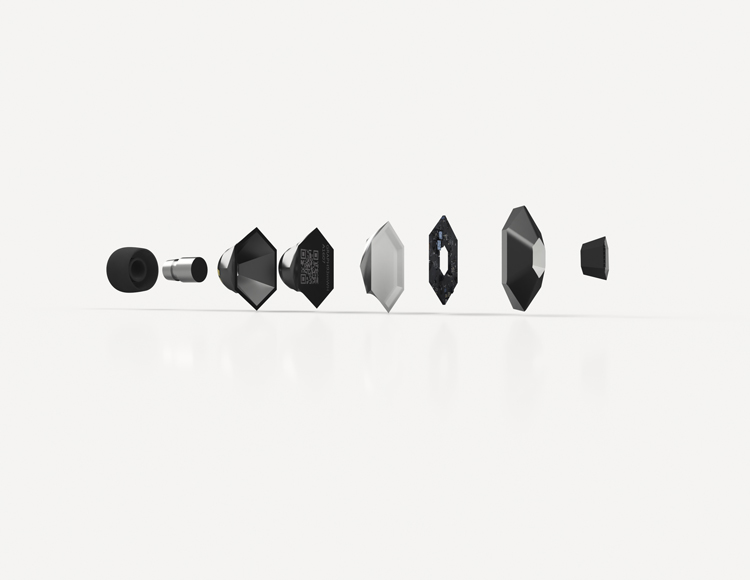 The idea for the dual hearing aid-headphones came to Parry when she noticed her 19-year-old cousin feeling uncomfortable and self-conscious wearing a traditional, over-the-ear hearing aid, she says.

“It’s been an interest of mine for a while to try to remove stigma through desirable design,” she says. “Medical devices tend to stay the same over time – they’re designed by engineers, who don’t necessarily think about user experience.

“I saw how my cousin reacted to her hearing aid, and I thought, this is something we should address,” she adds. “Why can’t we make medical devices that provoke a positive response? So, I looked into designing something that could create an improved situation for everyone, rather than a niche for people who are seen as less abled.

HeX earbuds could be used by anyone whether they have hearing loss or not, she says, as the device offers users “control” over the volume of their surroundings, and could also act as regular silicone ear plugs, blocking out noise completely when necessary.

“People with disabilities often feel excluded and conspicuous because of their medical devices,” she adds. “I want to transform hearing aids into a wearable technology product that gives people better hearing, style and confidence – something that anyone might want to wear.”

“I want to encourage social inclusion” 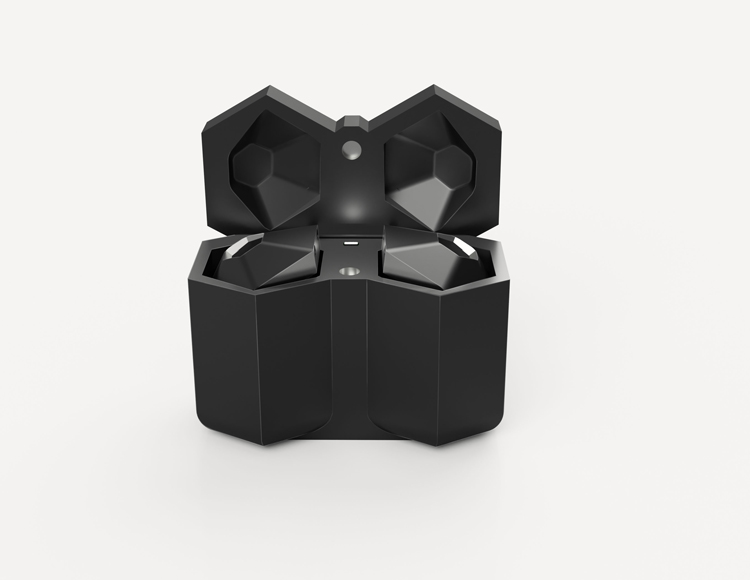 A prototype of the HeX earbuds was then made via 3D-printing using liquid resin material. They were created within Print City, a 3D-printing and digitalisation facility within Manchester Metropolitan university, open to students, researchers and industry professionals.

Parry is currently researching medical-grade titanium as a potential material for mass-producing the earbuds, as this is already used in existing hearing aids. The aim is to continue 3D-printing them, as this enables “quick and simple manufacturing” for a “mass audience”, she says.

She is also looking into the potential of creating custom-made earbuds, based on scans of individual people’s ear canals.

Her next step is to receive the medical device standard accreditation to give her the go-ahead to make the product, then seek manufacturers to produce the HeX earbuds.

“I want to encourage social inclusion through my designs to improve situations for everyone,” says Parry. “The idea behind creating HeX earbuds was to create a hearing device for everyone, whether you live with hearing loss or perfect hearing.” 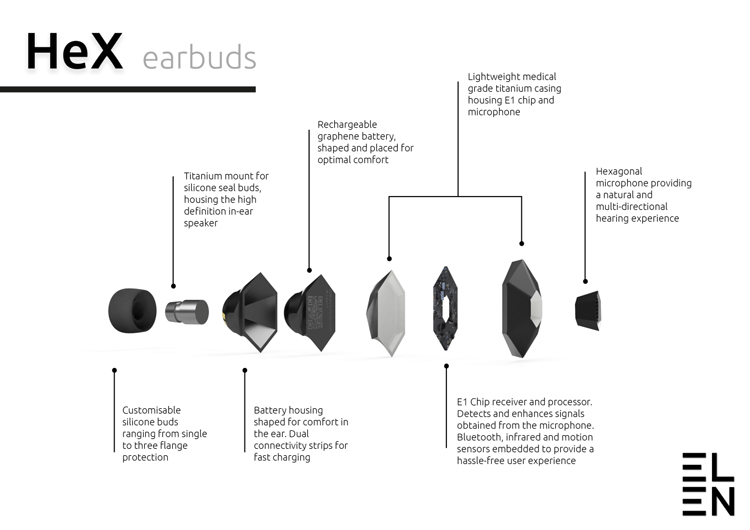