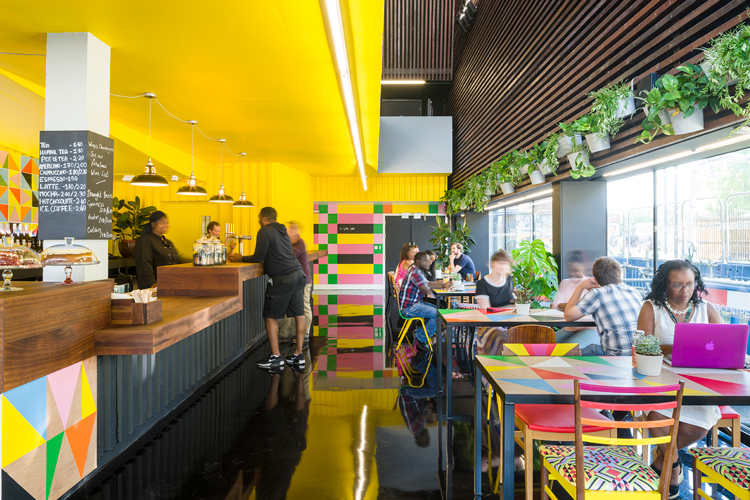 Morag Myerscough is part of a team which has set about redesigning an arts centre in North London’s Tottenham, to “inspire local, young people” to engage in arts and culture.

The Bernie Grant Arts Centre is a £15 million performance and arts space, including an auditorium, 20 creative workspaces and rehearsal rooms, a café bar and outdoor areas.

It was originally designed by architectural practice David Adjaye Associates and opened in 2007. Myerscough says that over the last 10 years the building had begun “looking tired” and “feeling a little cold”, and was in need of “being made jolly again” but adds that she has been “sensitive” to Adjaye’s concrete and hardwood building.

Myerscough has transformed the café bar area of the centre, first by stripping the space back to its original state, repainting it and relaying the floor. 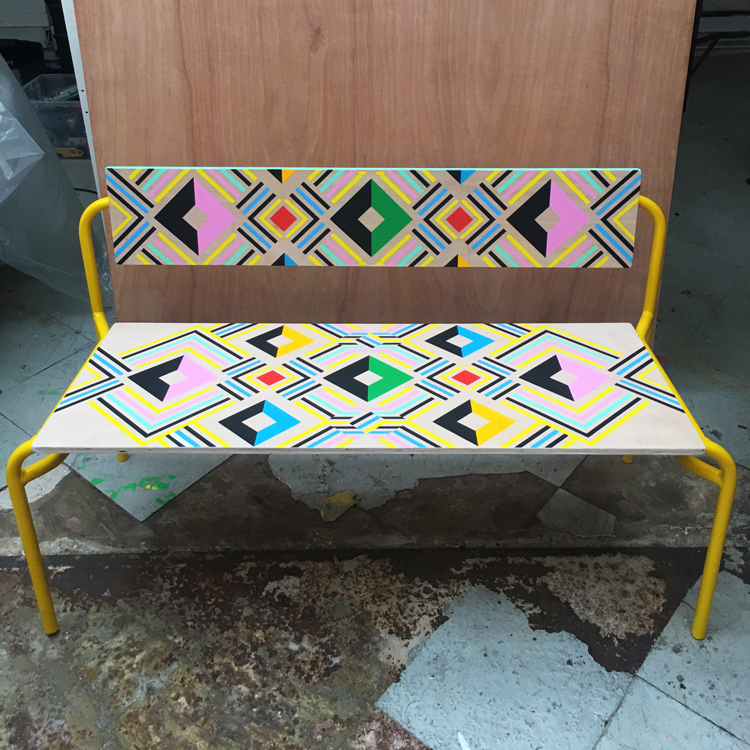 She then added her signature, colourful, geometric patterns to the walls, while artists Luke Morgan and Yemi Awosile designed individual pieces such as dining tables, and seating for the gallery area of the centre.

Myerscough also used recycled materials, made bespoke textiles and ceramic tiles, refurbished furniture and added plants to the café, which aim to fill the space with “colour and life” to reflect the “enthusiasm of the local woman who runs it”, she says.

Between her patterns, space has been left on the walls to be filled by artists’ work “in layers” on an ongoing basis, the designer says, as part of a commissioned programme. This could include visual art, such as graphics, or photography of performances taking place at the centre. 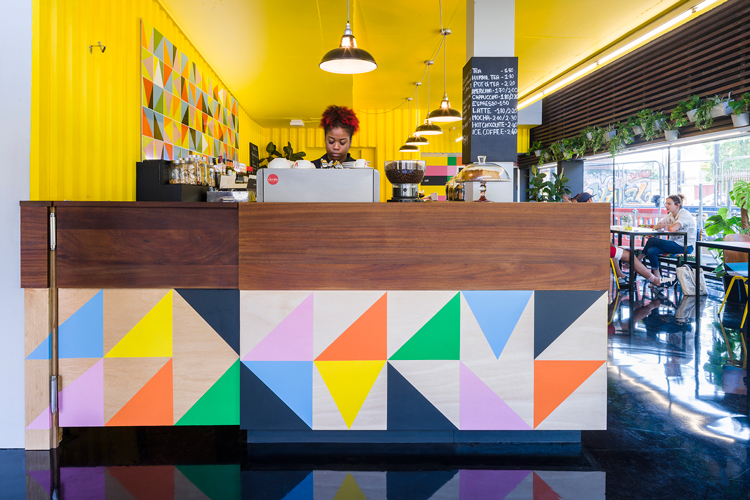 “This project is about getting Tottenham and the Bernie Grant Arts Centre on the map, attracting diverse communities and not being elitist,” Myerscough says. “This is not just a makeover, it’s about giving performers and artists credit for the things they’re doing there, and inspiring local, young people to do the same.”

She adds: “We want to involve people as much as possible in the building, rather than it being a building that stands alone. We want it to be a living, changing thing.” 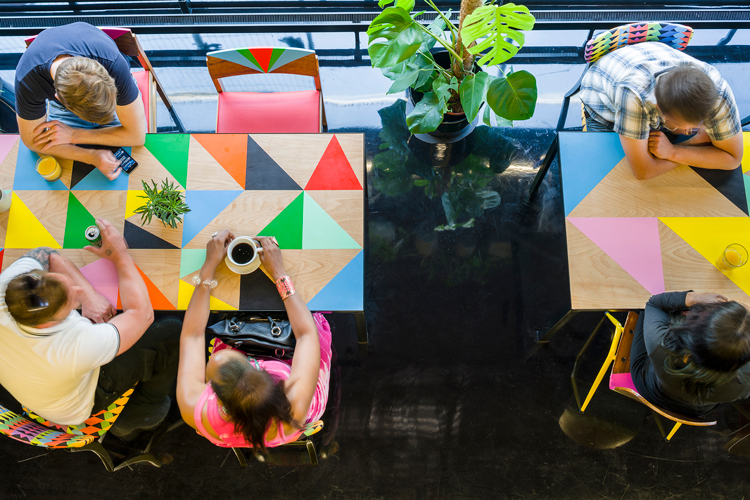 As well as showcasing art, the new look also aims to turn the building into a community social hub, where “people want to stay longer after performances,” Myerscough says. “Organisations like the London Design Festival should use spaces like this, out of the centre of London town, to give the community useful and creative things,” she adds.

The café and lower ground floor gallery refresh is the first phase of a wider refurbishment for the arts centre, set to take place over the next two years. This will include revamping the mezzanine bar and café and courtyard spaces, as well as creating new performance and meeting areas.

The Bernie Grant Arts Centre is self-funding the project and is currently seeking sponsors to support the revamp of the venue.

Pete Courtie, CEO at the Bernie Grant Arts Centre, says he hopes the space will become “a place [for people] to connect with each other, experience a performance or exhibition, or simply relax.” 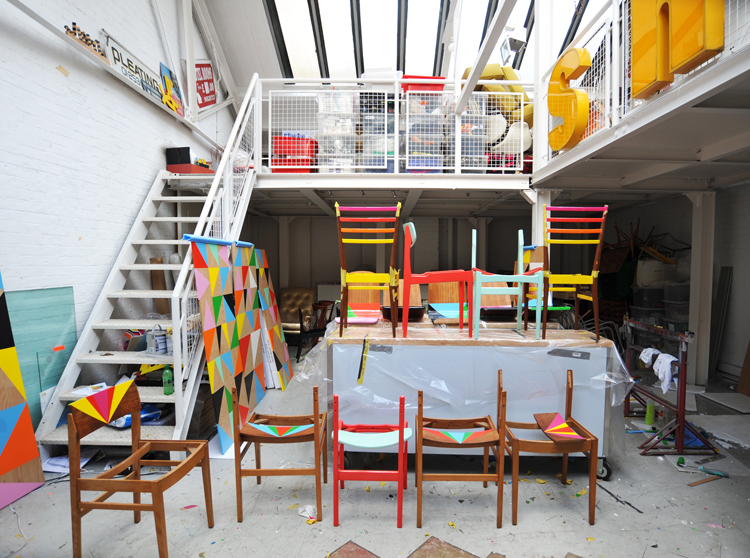 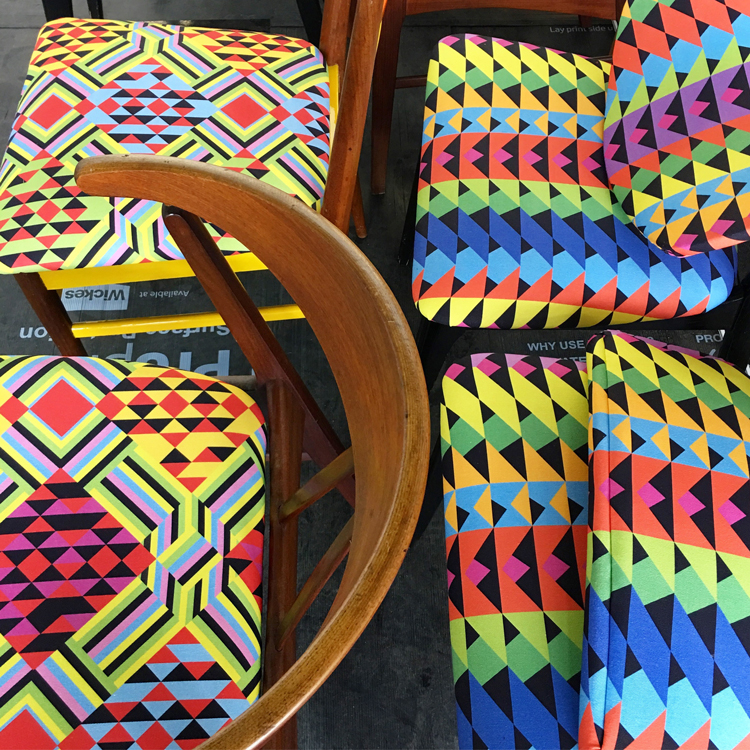 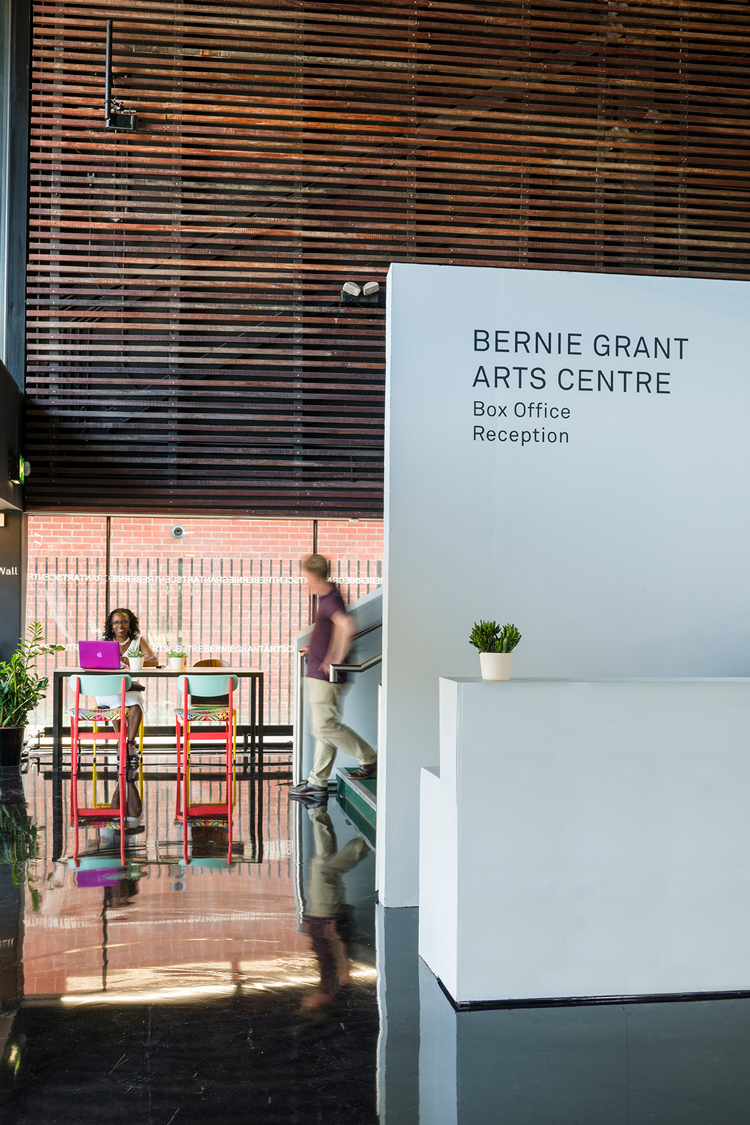 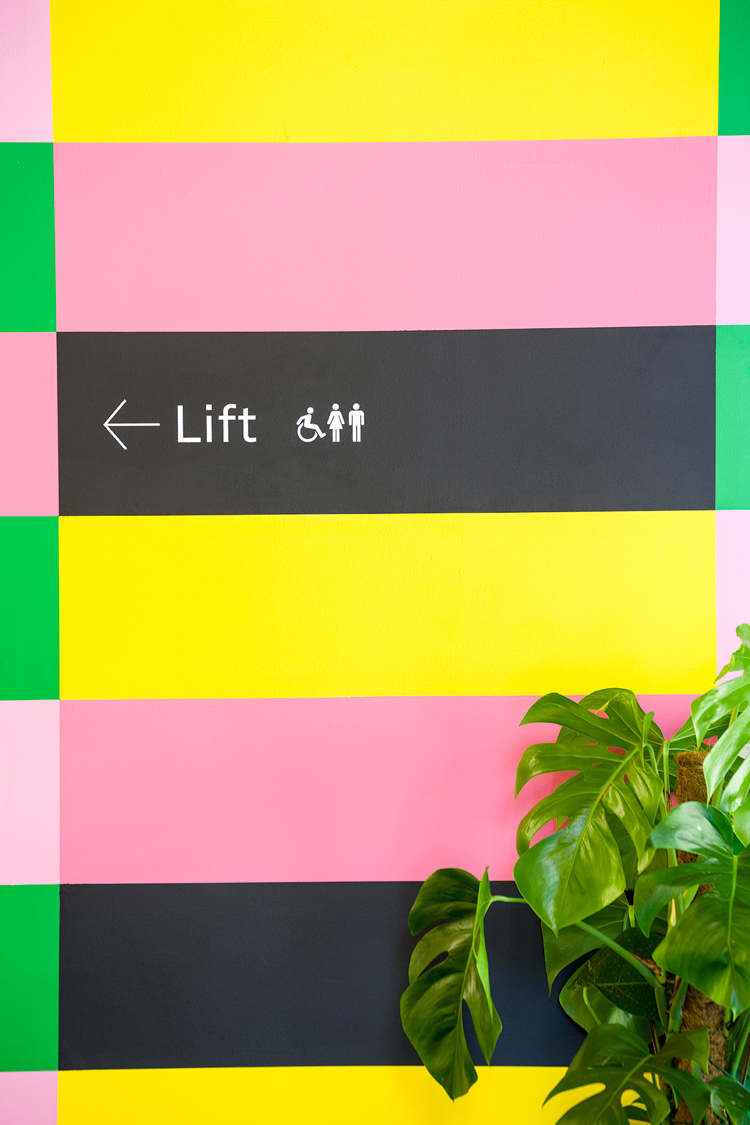 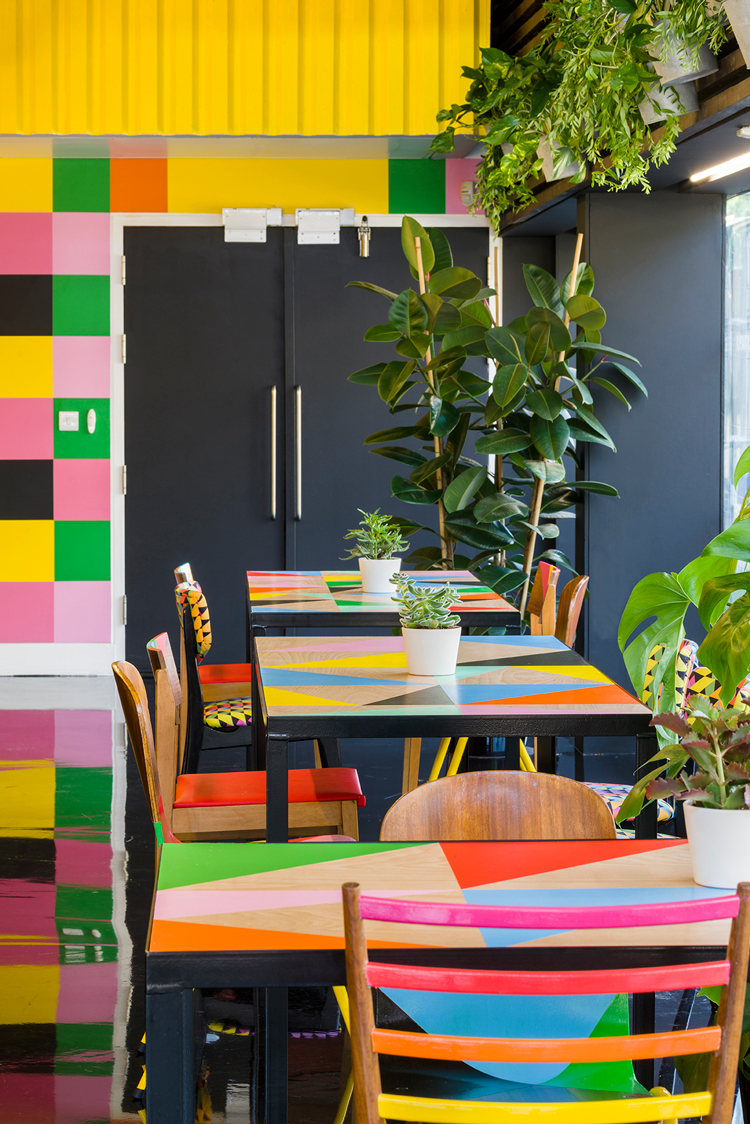