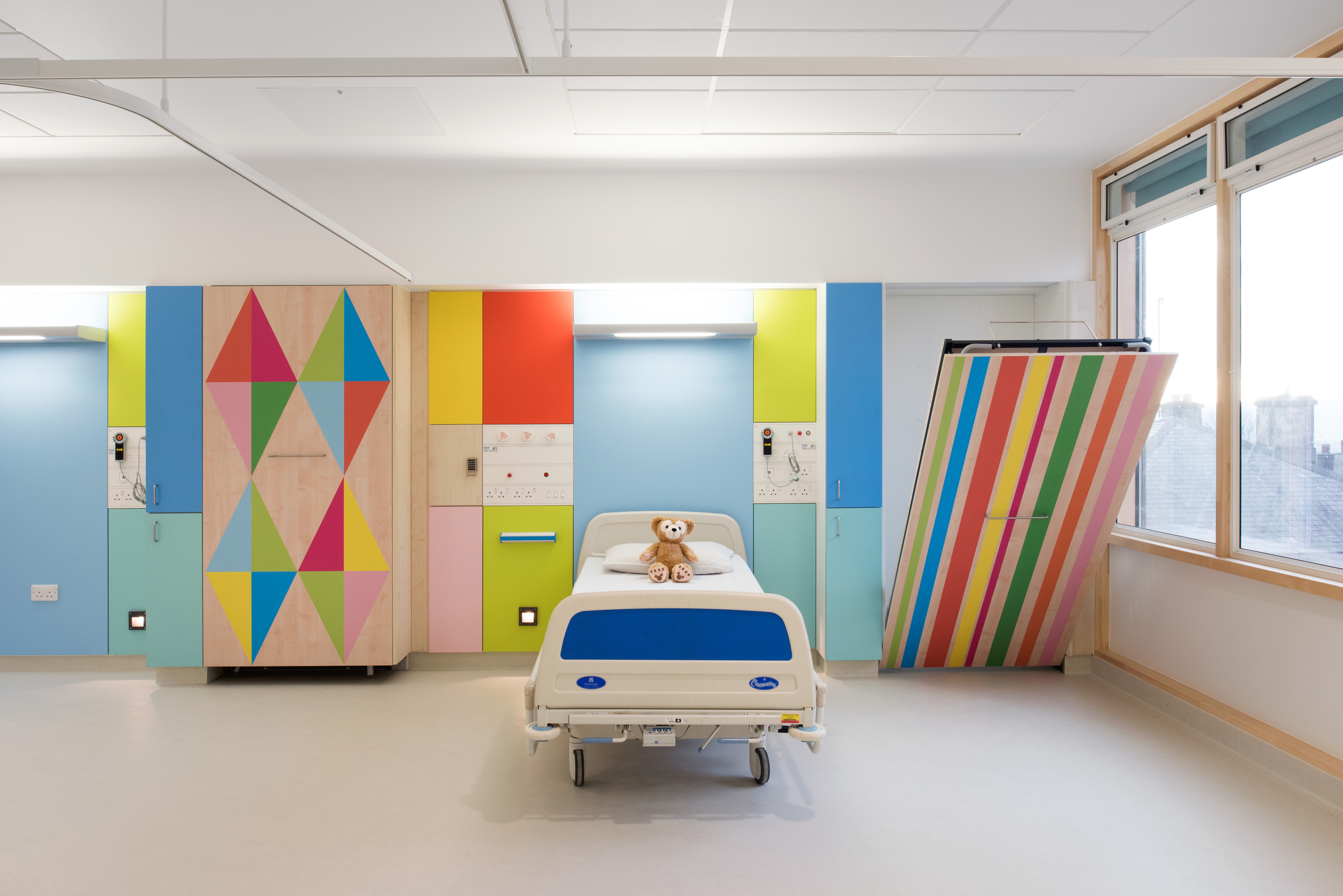 Morag Myerscough has redesigned rooms and wards within the Sheffield Children’s Hospital, transforming them into “uplifting” spaces.

Myerscough was commissioned to complete the project by Artfelt, an arts programme funded by The Children’s Hospital Charity.

The project was funded by the charity’s budget for the hospital of £10 million, which goes towards its development, medical research and specialist equipment.

The project sees four different wall designs implemented across 46 ensuite bedrooms in the hospital’s new wing, which was built by Avanti Architects and opened at the end of last year. Myerscough has also created a ward design, which is used across six wards.

The four designs are of “different degrees of brightness and intensities”, says Myerscough, aimed at different age ranges of children and for different medical conditions. This varies from a multi-coloured concept to a pale blue concept designed for children who have conditions like autism who may be sensitive to bright colours.

“It was important that it wasn’t just one room for everybody,” says Myerscough. “We didn’t want the monotonousness of the same design for everything.”

Myerscough’s design concepts were subject to patient and clinician feedback, with Artfelt presenting both groups with miniature, scale models of redesigned rooms and gathering their opinions. Roughly 25 clinicians were consulted, and 80 patients and their families.

Clinicians were presented with ideas first, and Myerscough says that some of them were initially wary about using bright colours in wards and rooms.

“There’s a principle that pale blues and greens are calm colours,” she says. “Some were apprehensive about the use of colour.”

98% of patient feedback was positive

But patients expressed positive reactions to the designs. “I wasn’t present with patients, only Artfelt, because sometimes people feel they have to say they like the work if the artist is there,” says Myerscough. “But the patient feedback was unbelievable – 98% said they didn’t want non-descript bedrooms, they wanted them to be joyous.”

Artfelt manager Cat Powell adds that decorating wards and injecting colour into them does not only enhance the experience of patients, but also “helps the hospital save costs overall”.

“Art is proven to speed recovery, alleviate anxiety and improve the mood of patients and visitors,” she says. “The feedback from families really swayed the hospital staff and they were very supportive in taking the ‘risk’.”

“Better environments for staff and patients”

The designs were created by digitally scanning the wood grain pattern of laminate Formica material. Patterns were printed onto paper and laminated rather than being painted directly onto walls to adhere to the hospital’s guidance on being sterile and easy to clean, says Myerscough.

Plugs and wires were hidden by the Formica panels, and the colourful walls were paired with a neutral floor colour, she adds. The rooms were also built with large windows, to let in natural light.

“Clinicians’ main objective is to improve people’s lives,” says Myerscough. “They ultimately don’t want an artist to create something that will make patients upset.

“But Artfelt proves what is possible, and clinicians are starting to see the value of it more and more,” she adds. “Changing a hospital is a long process, but things like this create better environments for staff as well as patients. It creates an uplifting feeling.”

The main entrance and outpatients department of the new wing at Sheffield Children’s Hospital opened in November 2016. The bedrooms have now been completed and the whole site will be open for use from this summer onwards. 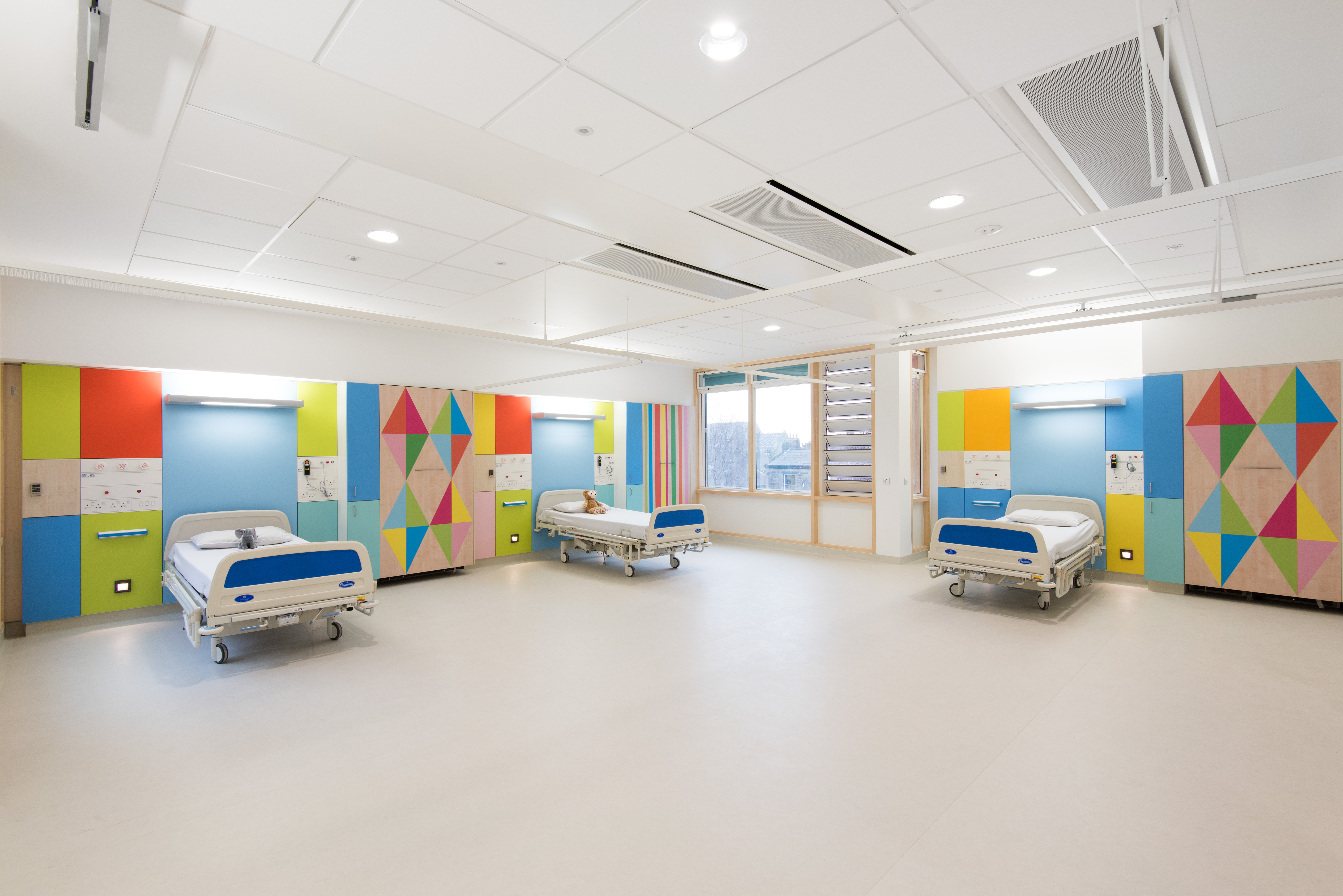 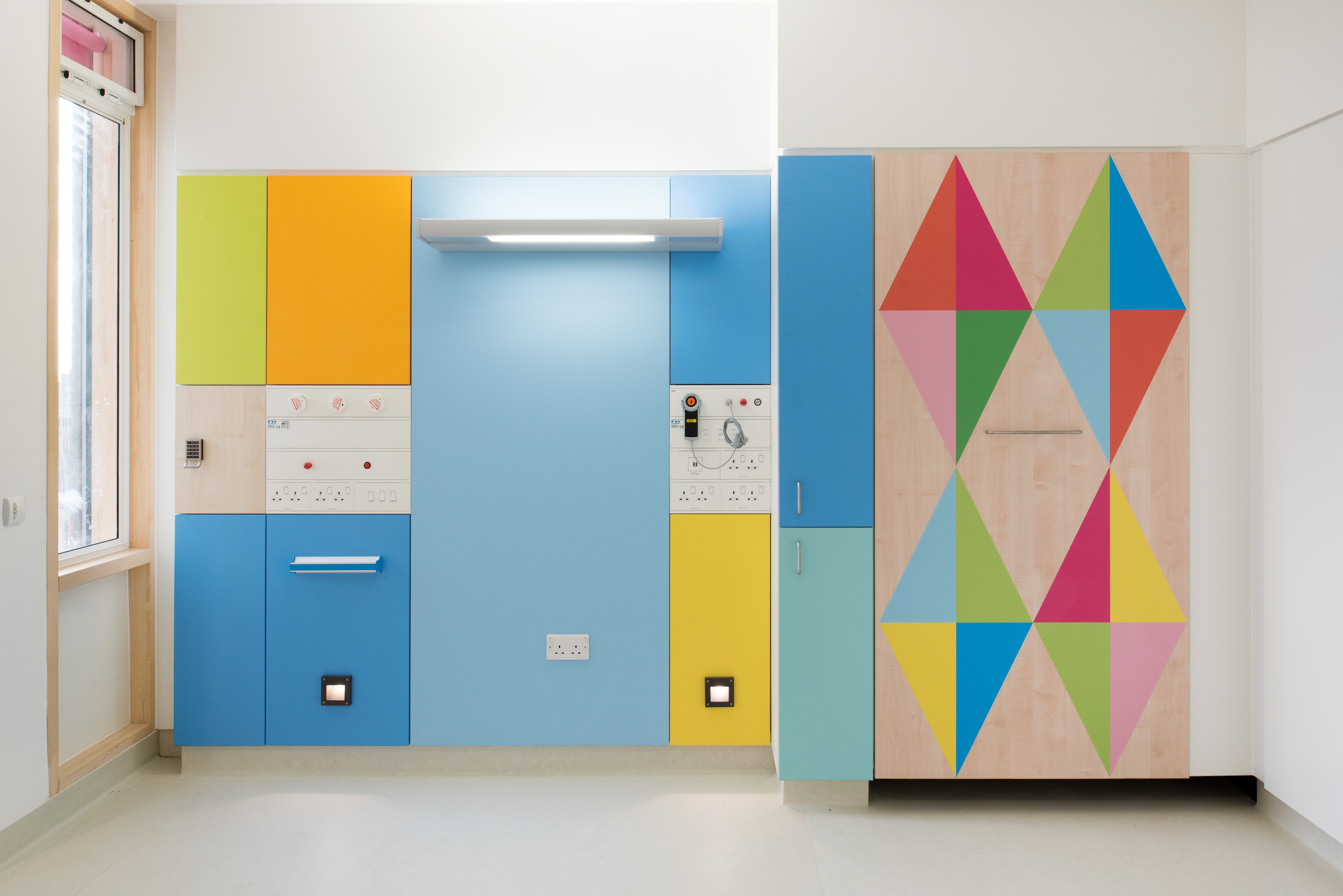 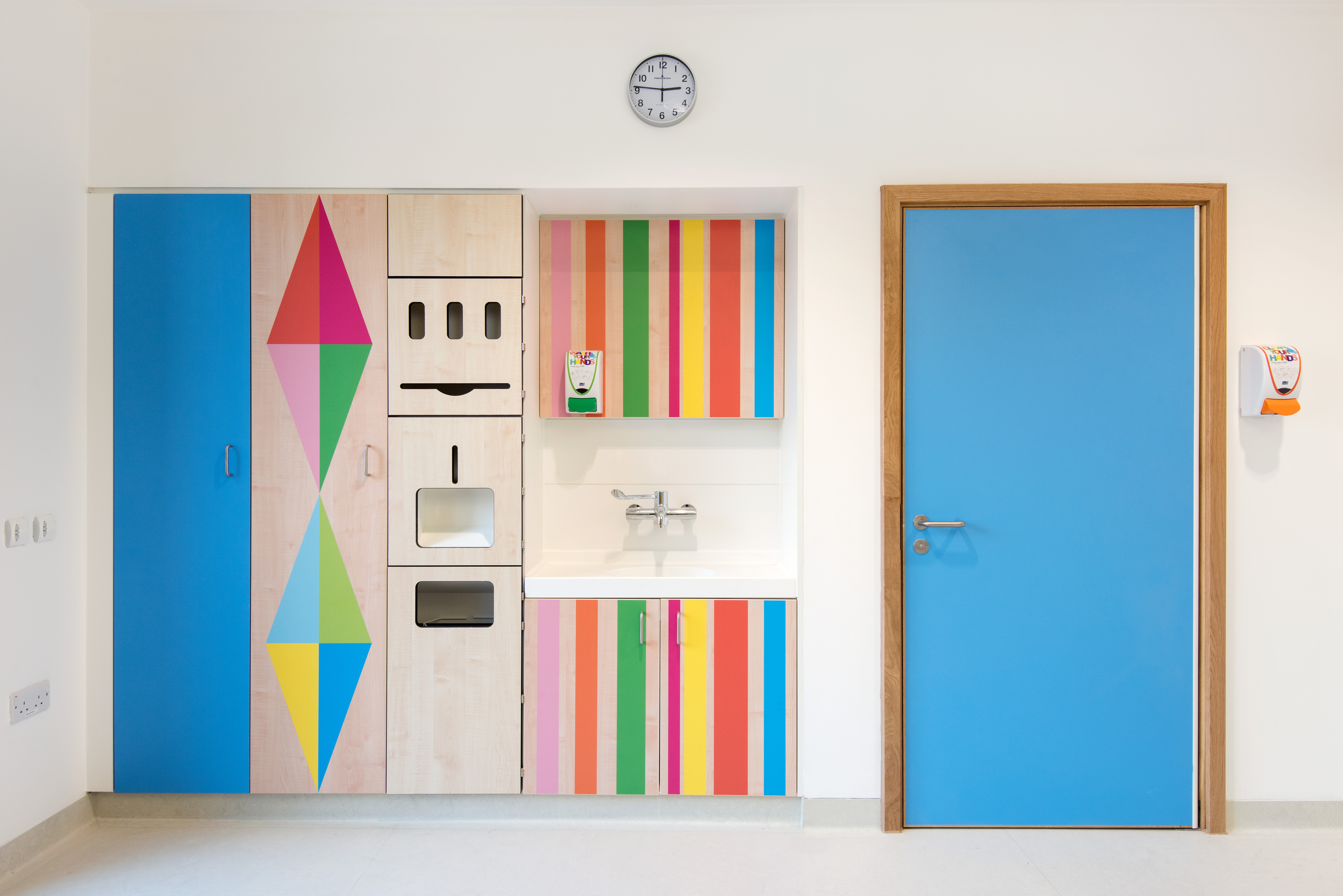 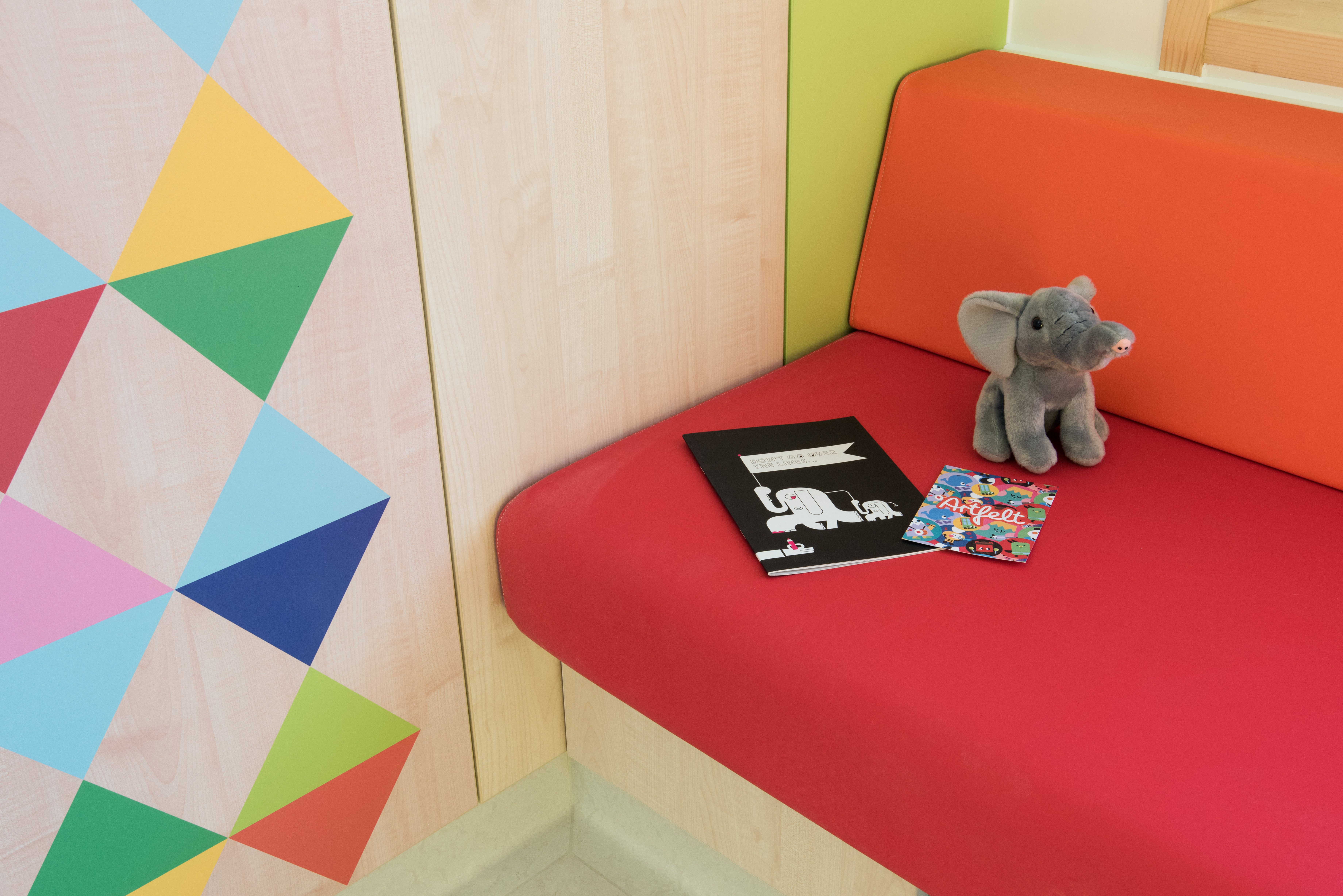 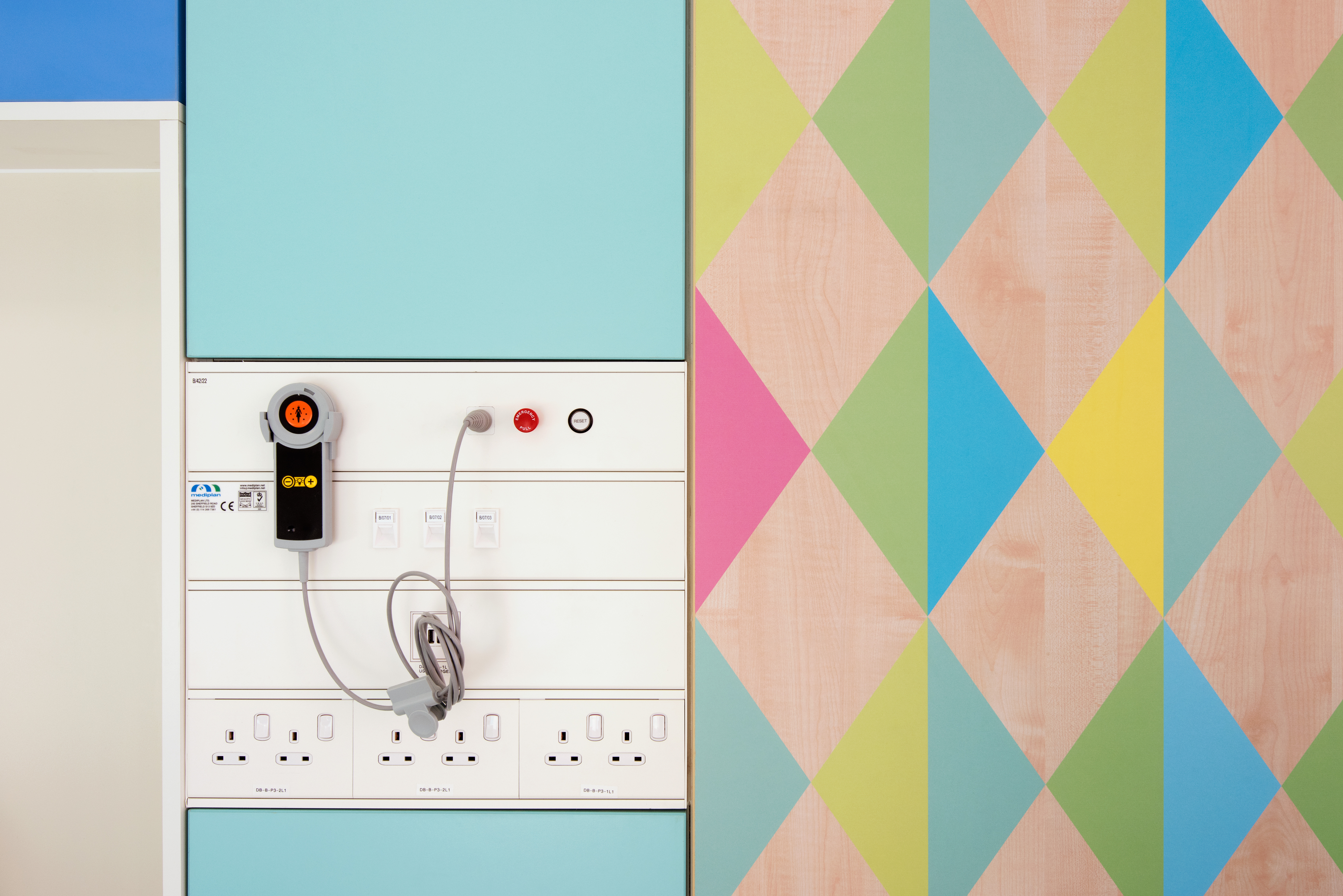 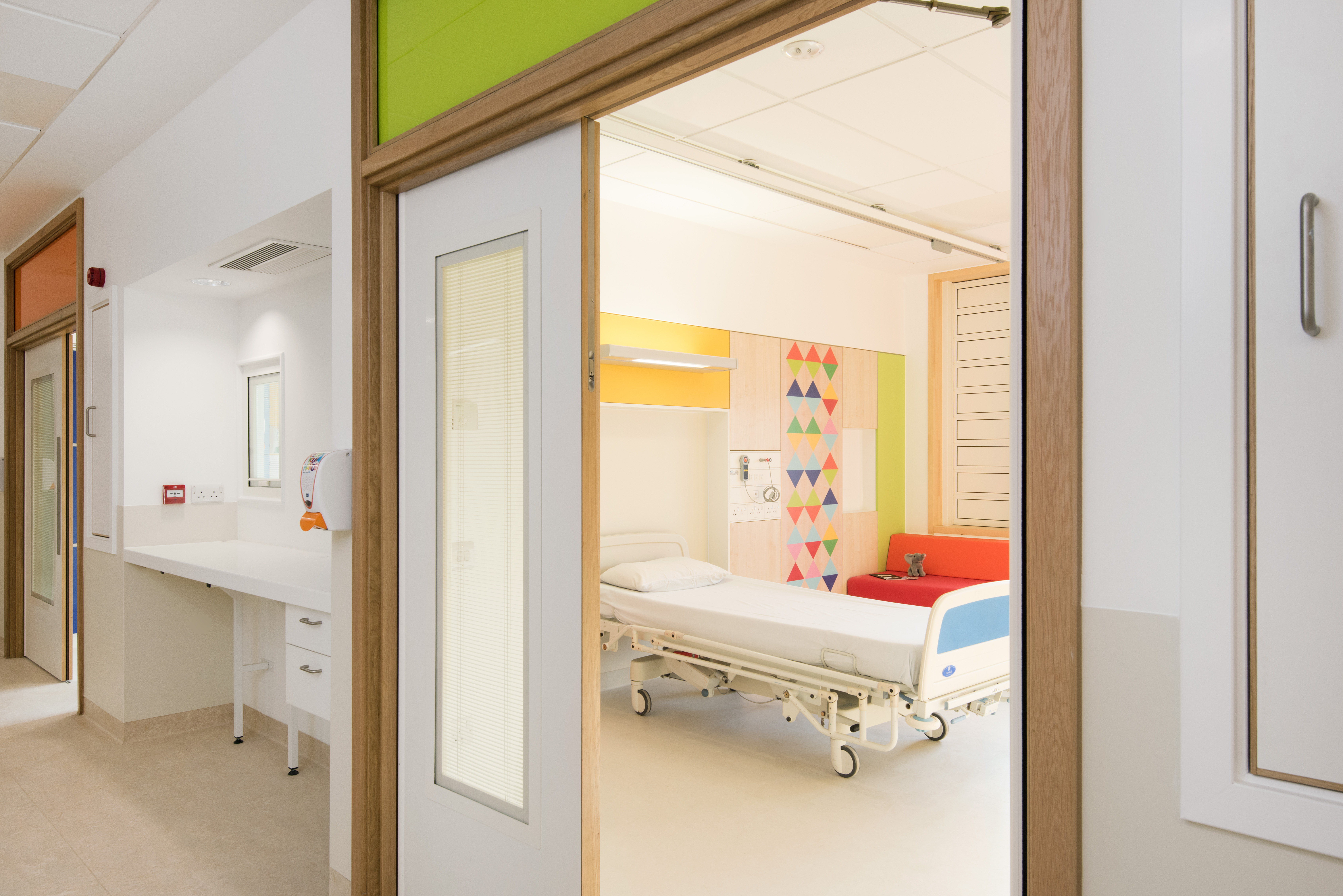 Freelance State of Mind: Which criticism should you listen to?